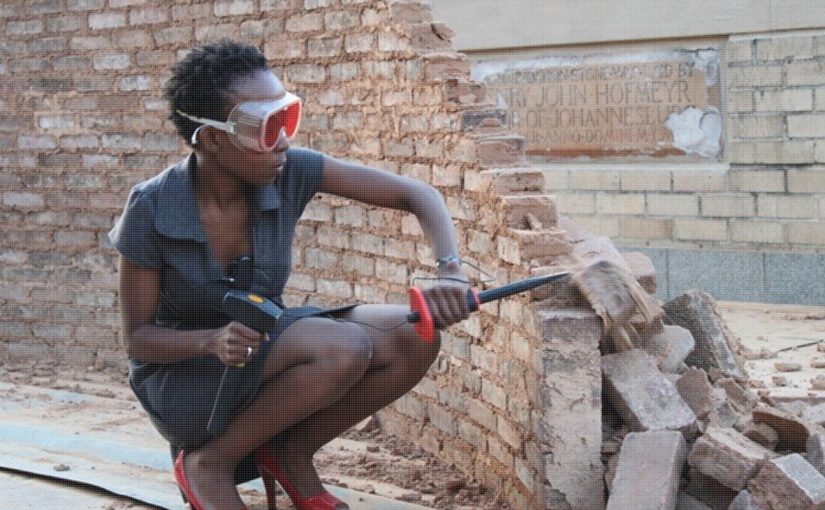 For many, the name Zola Budd triggers memories of the barefooted record-breaking eighties Olympic runner from South Africa. It is also the song title of what became a popular song within Southern Africa by the late pop singer Brenda Fassie. Her song is dedicated to a fast-moving mini-bus taxi, which she renames Zola Budd. It is soon after this song’s popularity that all minibus taxis during that period were referred to as Zola Budd. 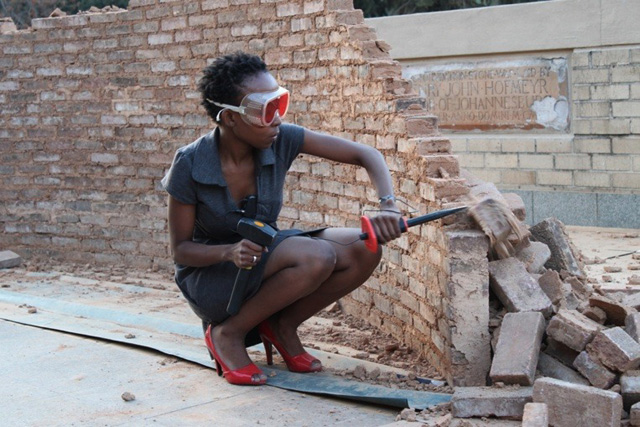 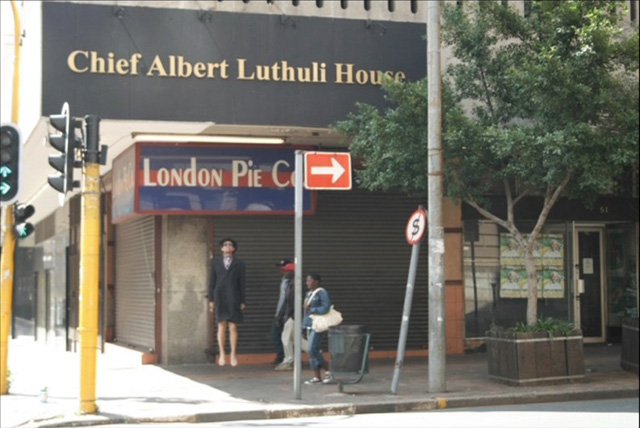 As a collective based in Johannesburg, we are very drawn to the city’s history and its memories. We understand this history as a combination of real records as well as constructs, thus our involvement within the social thread of Johannesburg is a combination of inserting new memories through artistic intervention as well as making visible a selection of existing historical narratives, some of which may not have been told.
Our project is to be located at the Noord Taxi Rank and the nearby Park Station, a railway station. The two locations form an imagined shifting economic center of the city, a condensed magnetic point where thousands, if not millions of dreams from across the continent are concentrated. With the “central” locations mentioned above as starting points, we wish to stage a series of public interventions extending to the surrounding areas. These fictitious situations will provide those arriving and passing through these locations with an alternative understanding and sometimes surreal experience of the city of Johannesburg. We will include the publication of a local inner-city Johannesburg dictionary/city- guide. The dictionary lists, from A-Z, terms that are commonly used in the city as well as those that we will invent. This list will range between types of people, things, conditions, and behaviors that are commonly found and seen in Johannesburg. 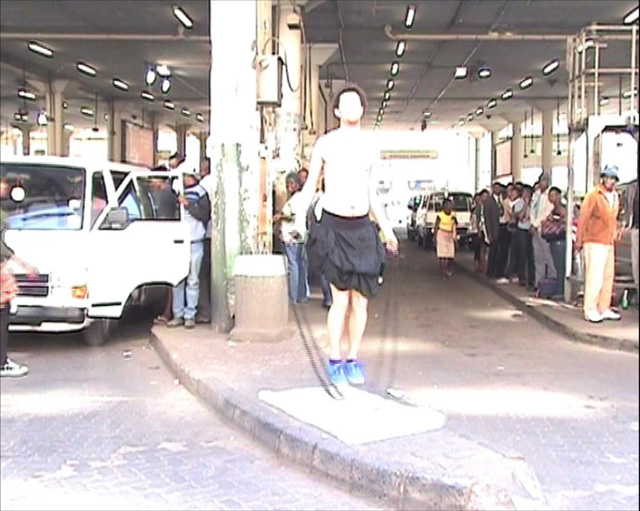 Throughout the project, we wish to collaborate with taxi drivers and commuters, street photographers working in the nearby Joubert Park, auto mechanics in the area, street musicians, hawkers, street beggars, schools, as well as the Keleketla Library located at the Drill Hall adjacent to the Noord Taxi rank. Interventions will take the form of “daily life” in Johannesburg. The nature of the interventions is both to momentarily shift the image and memory of the city and to do this whilst providing “proof” of existence with the dictionary and city guide. The project is geared towards individuals and communities that live and occupy this area, thus, the distribution points of the dictionary/guide will compel those unfamiliar with the area to acquaint themselves in a way that requires engagement with the area and its occupants.

Our area of interest is in the politics of language, with a specific focus on Johannesburg as a city whose sociopolitical history can be traced through language on various levels; previously as a tool for segregation, and still as a current trigger for historical misunderstandings. We are interested in inventing a new language to speak in and of Johannesburg. Not only in a literal sense, but as a way to expose certain fallacies in how history is constructed, and as a means for us to commemorate the invisible. Through the creation of an urban textual and visual dictionary that goes beyond our basic approaches to language’s function, we wish to present the various dynamics existing within this area. With a similar approach to inventiveness and practicality, we will create a dictionary that sometimes consists of entries that are only located in the imaginations of the authors, in order to translate the layers of an imagined reality that is sometimes in contrast to its visible social sphere. The dictionary/guide will also serve as a guide to the various interventions that will be taking place. Perhaps to celebrate Johannesburg’s dynamics by creating a second-layer of Johannesburg within itself, and to do so in a way that is immaterial and in contrast to its known histories.

NON-NON Collective, a collaborative project between Donna Kukama and Kemang Wa Lehulere acts as an instrument for challenging existing modes of artistic production and re/presentation. We deliberately seek and apply methods that are undisciplined, and often straddle the borders of inside and outside when confronting the art canon.

Since its inception in 2010, we have incorporated various aspects of our previous practices. Located in the liminal space between art and life, we define our collaborative practice as “ungovernable” and resist (pre)defined modes of production. Our practice, often times undocumented, includes public readings, performances, interventions, conversations, writings, and presentations, mostly taking place in non-descript venues.

A MANIFESTO:
We are non-lines and non-textual descriptions We are non-everything. Art included! We make translations, gestures, proposals and rehearsals We make music, dictionaries, write texts, produce maps, give directions, and situations that are “non-art”.