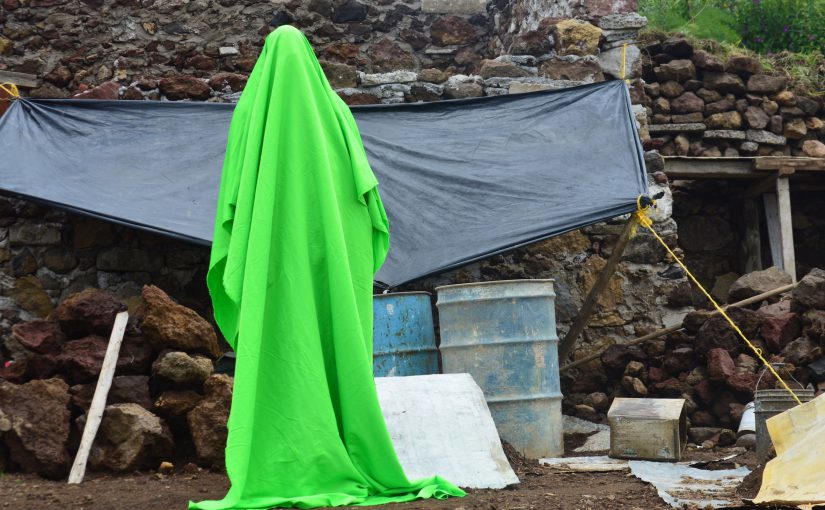 ‘Adopta una milpa’ puts in practice the central mission of Calpulli Tecalco: the investigation, conservation and rehabilitation of the terraces, a Mesoamerican and contemporary agricultural system. This sustainable tradition is disappearing due to the city’s progress. The damage within what is considered the most important ecological reserve in the region is the result of a colonial policy that aims to dismantle the communitarian indigenous approach to the environment.

By gathering local community members and agents from different fields, the project recovers a traditional practice and works on the construction of an ecology of knowledge to rethink and defend the use of the land. This is done through various stages beginning with the recognition of the territory, where mostly children and youth participate in artistic activities coordinated by Fernando Palma and artists from Mexico and elsewhere. The rest of the project’s cycle–cultivation, harvest and traditional cooking–is also crossed by cultural practices, stimulating the exchange of experiences.

As well as community members and agriculturists from the south basin of Mexico, the subjects involved are the children and youth from the Book Club Incualli Ohtli–a milestone of Calpulli– the artistic community, researchers and experts from the social and science fields. Universities like UNAM and UAM are active collaborators. Likewise, local and international CSOs play important roles in the dissemination of the project.

We are now rehabilitating a milpa that has not been sowed for more than 20 years. The work will potentially involve more community members, motivating the reactivation of other milpas and broadening our cultural platform to solidify the network on the defence of food sovereignty. 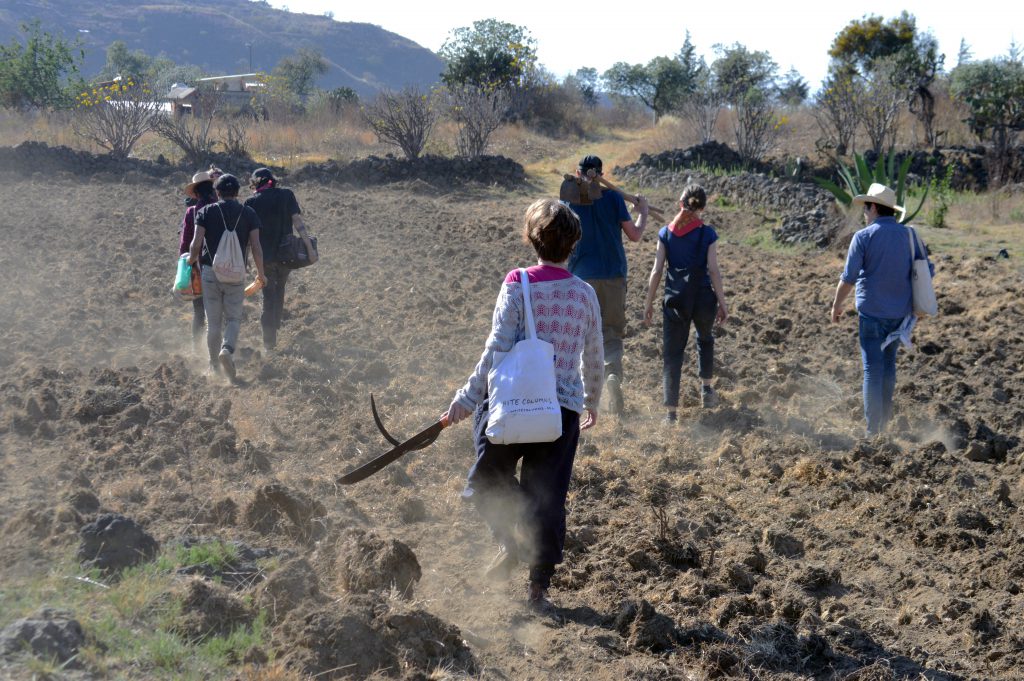 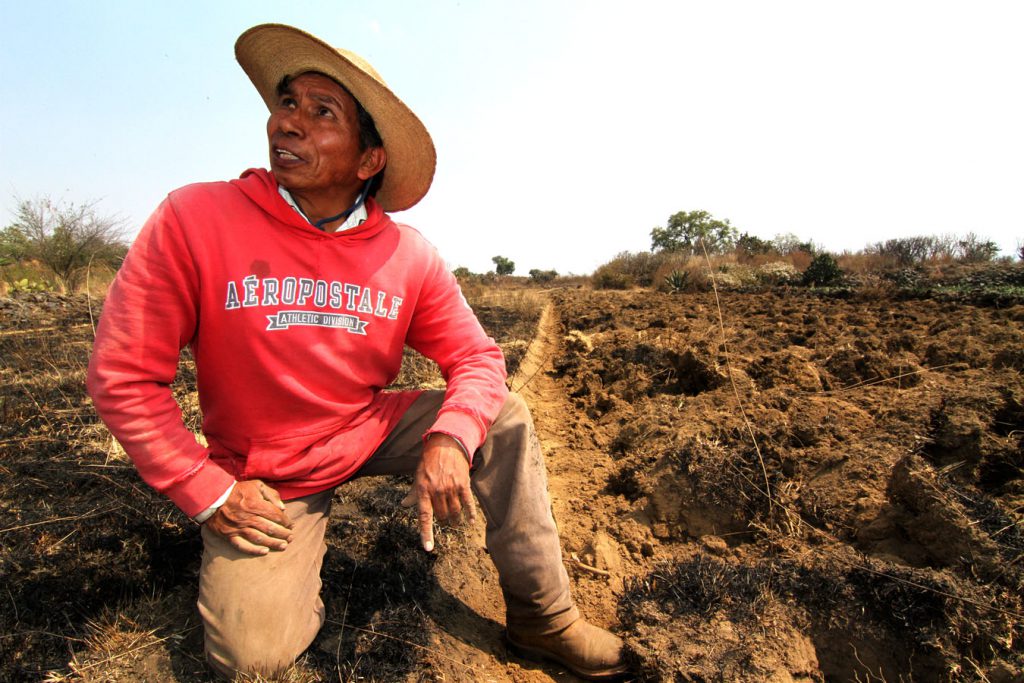 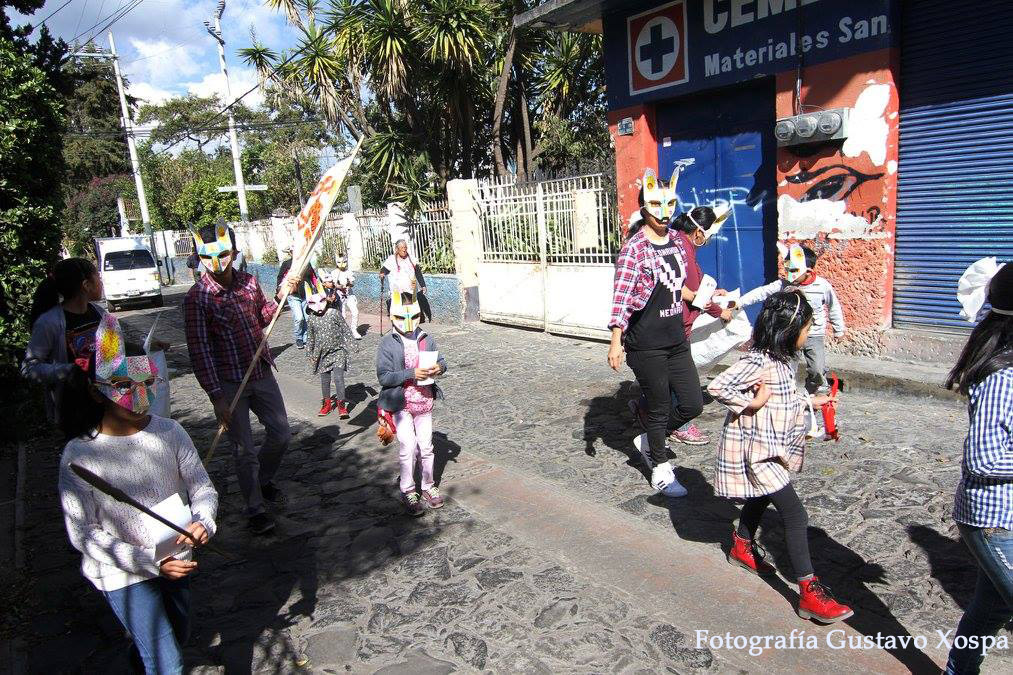 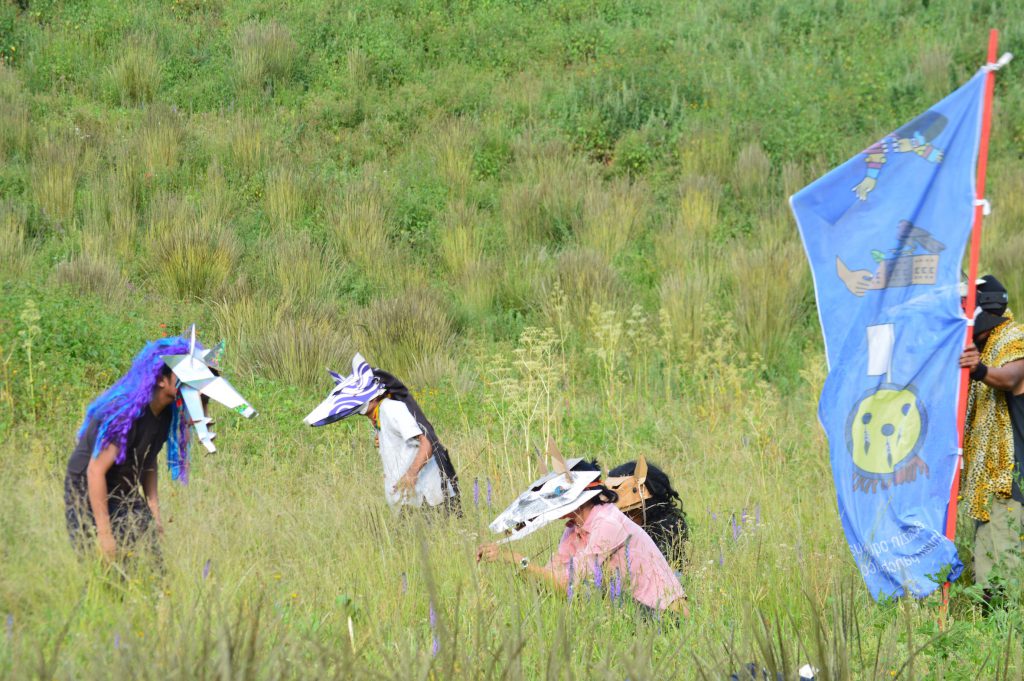 Calpulli Tecalco works on the preservation of the cultural and natural heritage from the south of the Anahuac basin, focusing on the agricultural system of the terraces and the original language, Nahuatl.
Incualli Ohtli promotes Nahuatl and broadens children’s perspective of their own history. It inspired Calpulli’s foundation and after us other local CSOs were born. The population growth and urbanisation of the territory increases the need to work with the community at the ground level.