Africa is Not a Country
– Temporary Occupations

The Temporary Occupation project invites artists to contribute around a certain theme and take over distinct spaces that form part of the urban circuit of a particular city, which in 2014 shall be hosted by the city of Mindelo – Cape Verde. The collective exhibition results from the exploration of a theme that is represented through particular works of art displayed in non- formal exhibition venues that, throughout its duration, are effectively taken over by these artistic interventions.
There is no scope for altering the original function or the functioning of the occupied space, indeed, on the contrary, the work is adapted to the place with the artist taking it on to convey new messages and, consequently,, new readings, thereby adding new meanings. On one hand, the artists access new publics – the regular users of these spaces – while on the other, these publics access new artistic discourses and practices. 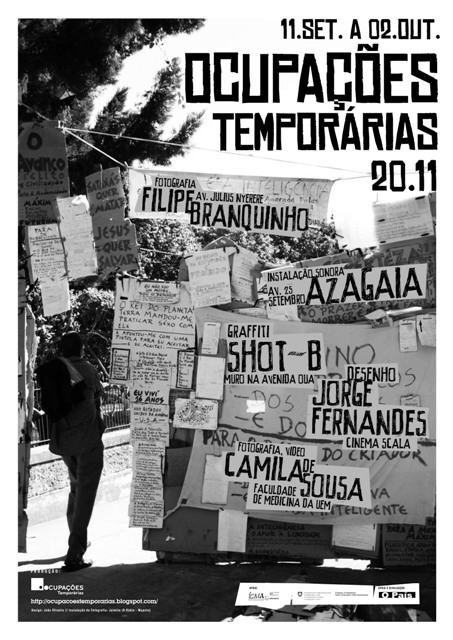 Temporary Occupations, Africa is Not a Country, 2013

Temporary Occupations, Africa is Not a Country, 2013

In 2014, the proposed theme is “Africa is not a country.”. The objective is for the longstanding cliché of post-colonial discourse to be thrown open to the work of ten African artists, from different artistic areas and nationalities in an analytical approach susceptible to reaching out to the public. This fosters a challenge to the participant’s depth of knowledge on the diversity and particularities of the continent and not only in geographic terms but across the fields of politics, economics, threats, religion, and culture. The choice of the city of Mindelo stems from the history of the island itself that has long since favored relations with the North and ever since colonial times, through to the most recent migratory flows with a sense of escape and negation of their African ancestry. The work spread out to the community provides a collective reflection on destinations and collective identities.
The holding of an artistic residency with a program partially open to the community precedes and prepares the exhibition. Hence, the discussion extends beyond the public to become polyphonic, enabling the participation of non-artist citizens and thus bringing about other contributions to artistic production.

In April 2010, Elisa Santos, art activist and consulter in the fields of volunteering and cooperation, began “Temporary Occupations” in Maputo, Mozambique. It was a contemporary art project, featuring powerful interventions in the city’s public spaces. For the original event, the theme given to the artists, for display in everyday settings in Maputo, was that of architectural heritage