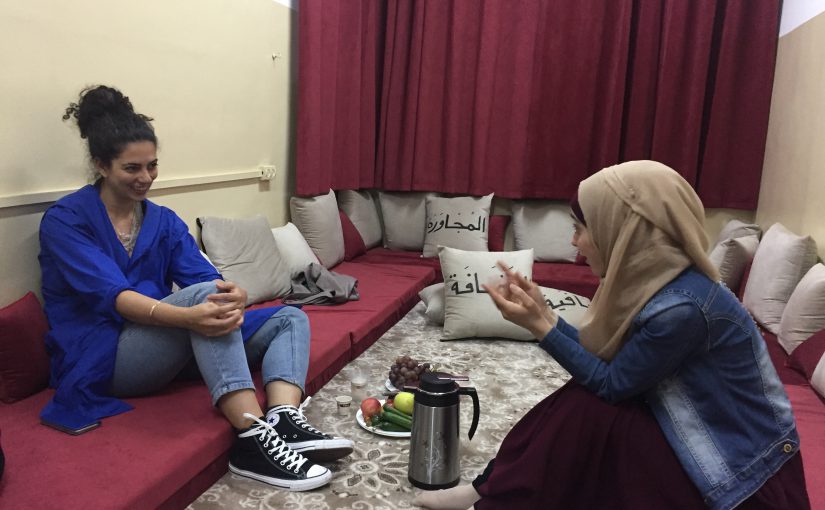 Located between the domestic and the public, Al-Madhafah, is in Arabic, the living room dedicated to hospitality. It has the potential to subvert the role of guest and host and give a different socio-political meaning to the act of hospitality. It activates the right of temporary people to be a host and not to behave as eternal guests, the right to claim life in the new destination but without feeling obliged to revoke the desire to belong to the life back home.
Al Madhafah is a project initiated by Sandi Hilal, based on her long experience working in Palestinian refugee camps, and more recently with Syrian refugees in Boden, a former military town located in northern Sweden, 80 kilometers from the arctic circle. From being a military town, Boden has now become an important reception center for asylum seekers.
The project is inspired by a story about a Syrian refugee couple Yasmeen and Ibrahim, who had moved to Boden from Syria, and continued what was an essential part of their life back home, opening up their Madhafah-living room to host both Swedes and others in their new home in Boden.
Turning private spaces, such as the living rooms, into social and political arenas, is often a response to a limitation of political agency in the public realm. The living room, when opening itself to host the stranger guest, functions as a self-representational space for many people like Yasmeen and Ibrahim to exercise their right to be a host, so they no longer feel themselves passive guests in the new destination but owners of their own present and story.
The project expanded from the living room of Yasmeen and Ibrahim to the yellow house, an asylum seekers housing in Boden to Stockholm and back to Palestine, today five living rooms interact, inspire and feed each constantly.

The projects unfold in the following spaces: The house of Yasmine and Ibrahim (1), and The Yellow House in Boden (2), ArkDes Museum in Stockholm (3), Fawwar refugee camp in the south of the West Bank (4), and in the living room of Sandi and Alessandro in Stockholm (5). The five spaces interact.

Watch here a video with highlights from the live conversation between Visible and Sandi Hilal on 21 September 2020, within the context of the online public program ‘Society of the Many’ 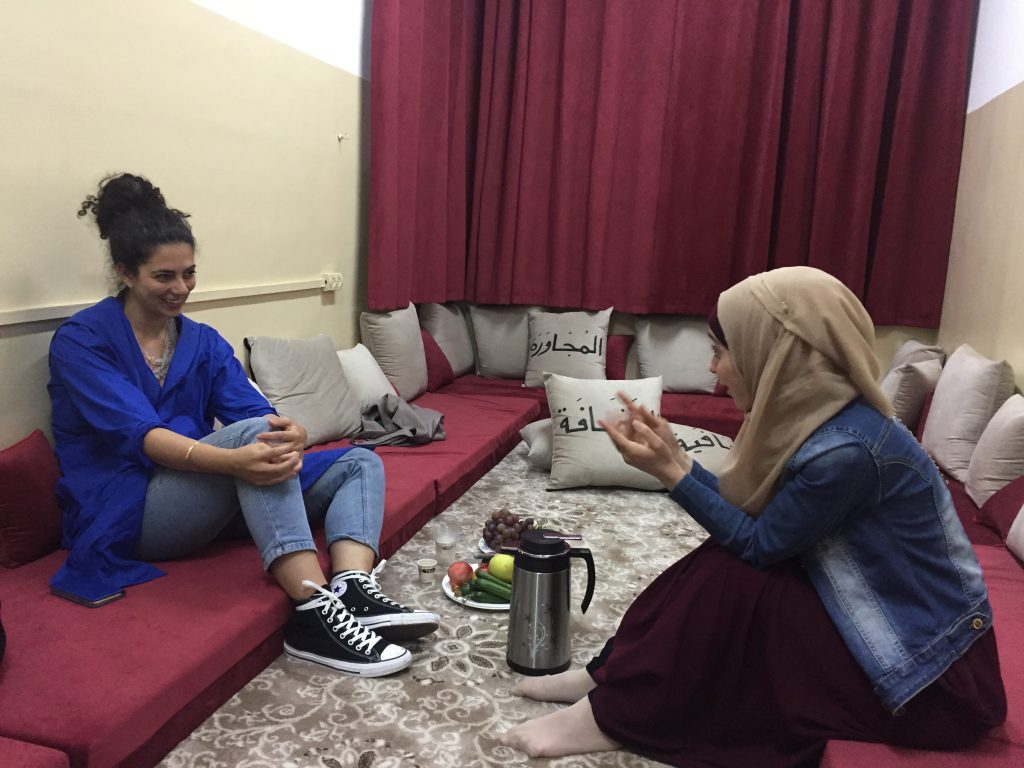 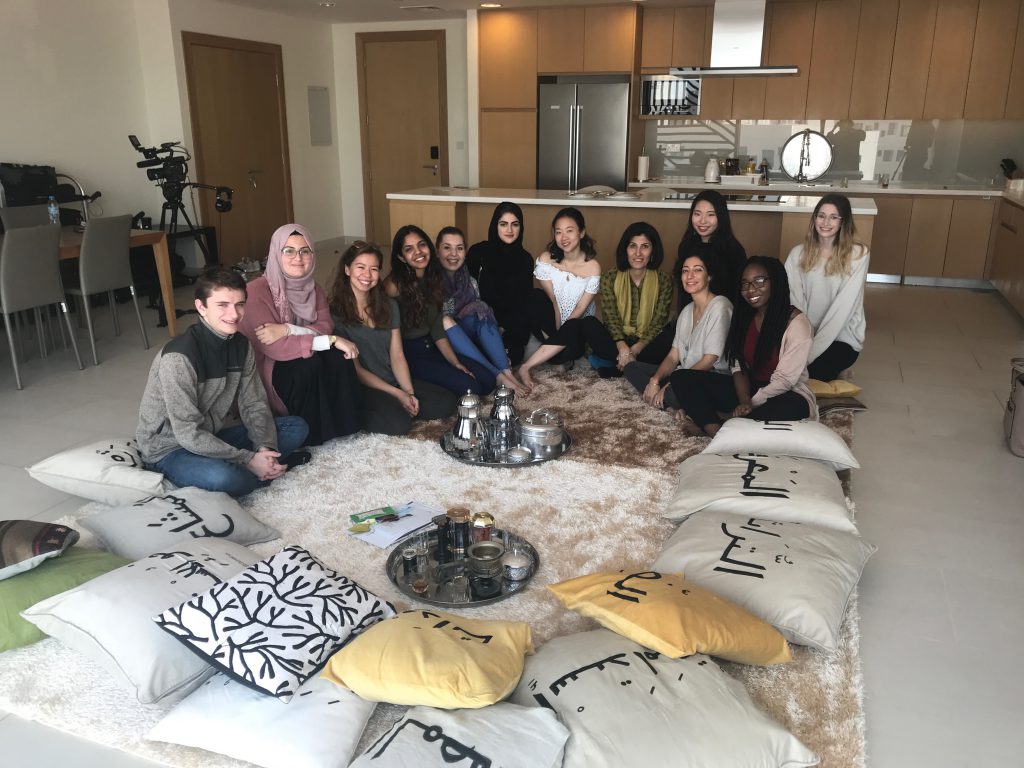 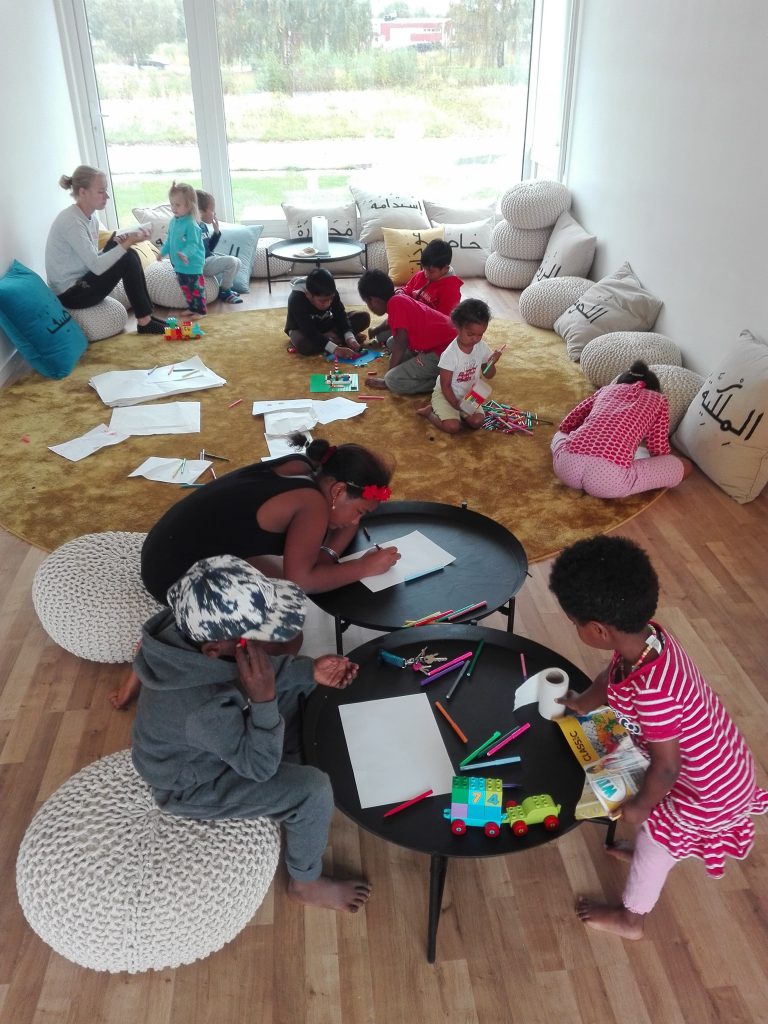 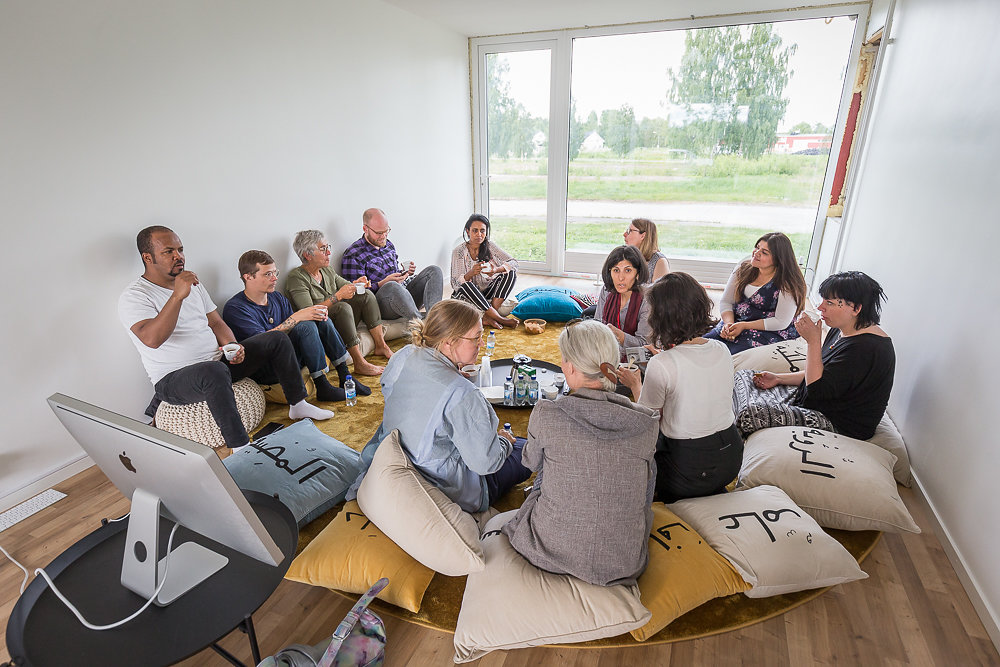 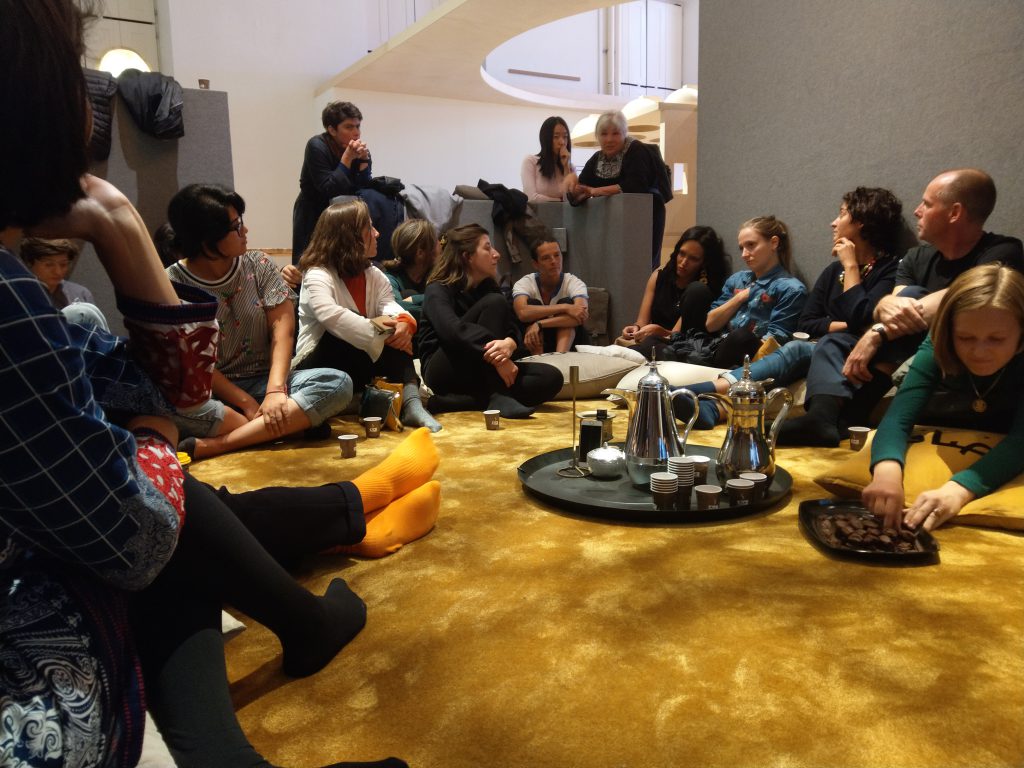 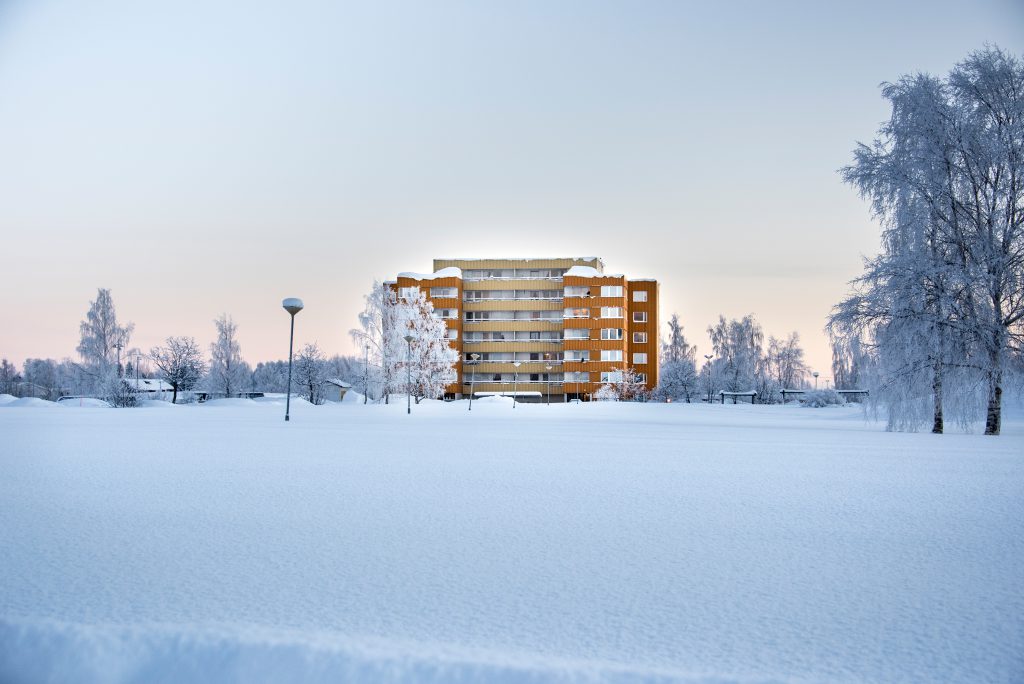 Links
Video: The Right to be a host

Sandi Hilal is a Palestinian architect and researcher. She is the Co-director of DAAR, a non-governmental architectural studio and art residency in Beit Sahour, Palestine. (www.decolonizing.ps).
She is a Co-founders of Campus in Camps, an experimental educational program hosted in Dheisheh Refugee Camp in Bethlehem-Palestine.
Alongside her artistic practice, she headed the Infrastructure and Camp Improvement Program in the West Bank at UNRWA from 2008 to 2014.