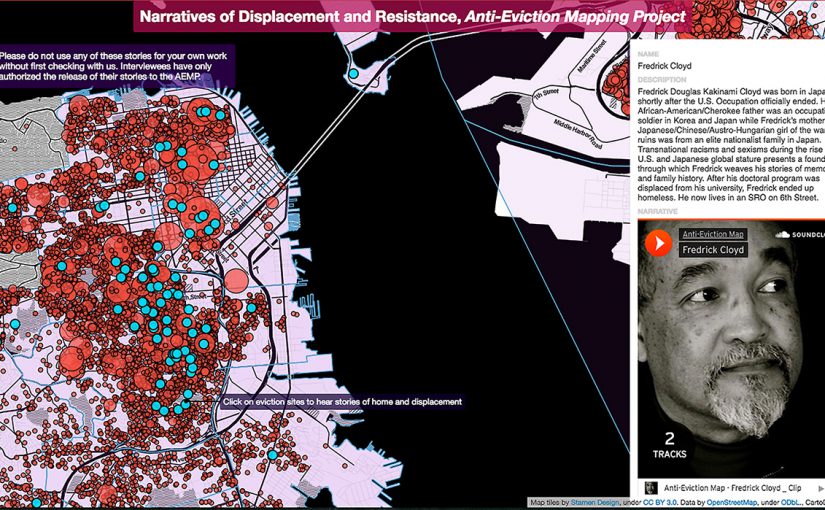 The Anti-Eviction Mapping Project (AEMP) is a data visualisation, data analysis, and digital storytelling collective documenting the dispossession and resistance of San Francisco Bay Area residents upon gentrifying landscapes. We are a group of volunteer artists, activists, cartographers, and oral historians, connecting the work of the AEMP to numerous anti-displacement groups and organising strategies. Centring the praxis of creating data with (rather than for) those most impacted by the contemporary Bay Area gentrification crisis, we have produced over 100 interactive maps and visualisations, available on our website, and in numerous reports, articles, zines, murals, and community arts pieces. We emerged in the wake of Silicon Valley’s ‘Tech Boom 2.0,’ in which real estate began speculating upon the new wealth moving to the Valley and its urban peripheries, resulting in heightened rental costs, eviction rates, and income inequality. Thus, much of our work focuses on mapping and producing analysis related to the connections between technology corporations, real estate speculation, and racialised and classed displacement.

While we began by only mapping San Francisco eviction landscapes, we are now also working in Alameda and San Mateo Counties, working with non-profits, youth groups, activists, and more, and have even collaborated with groups in Los Angeles, New Orleans, and Cluj, Romania to build solidarity. We gather and collate data from multiple sources, from rent boards to planning departments, from legal aid housing clinics to our own survey data. We additionally produce oral histories, videos, story maps, and community power maps, collaborating with partner groups to further regional intersectional analysis while creating platforms for movement building. 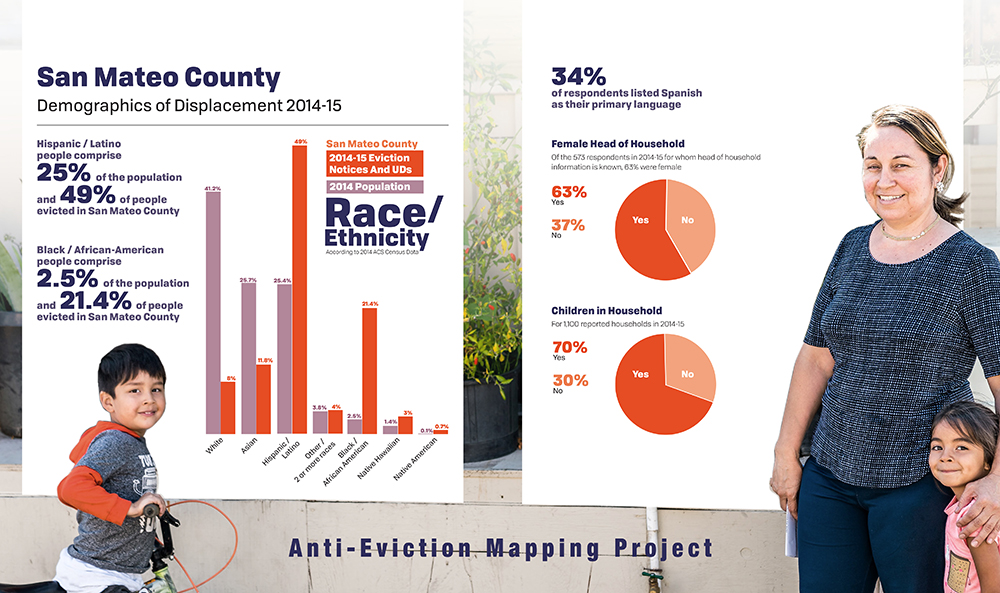 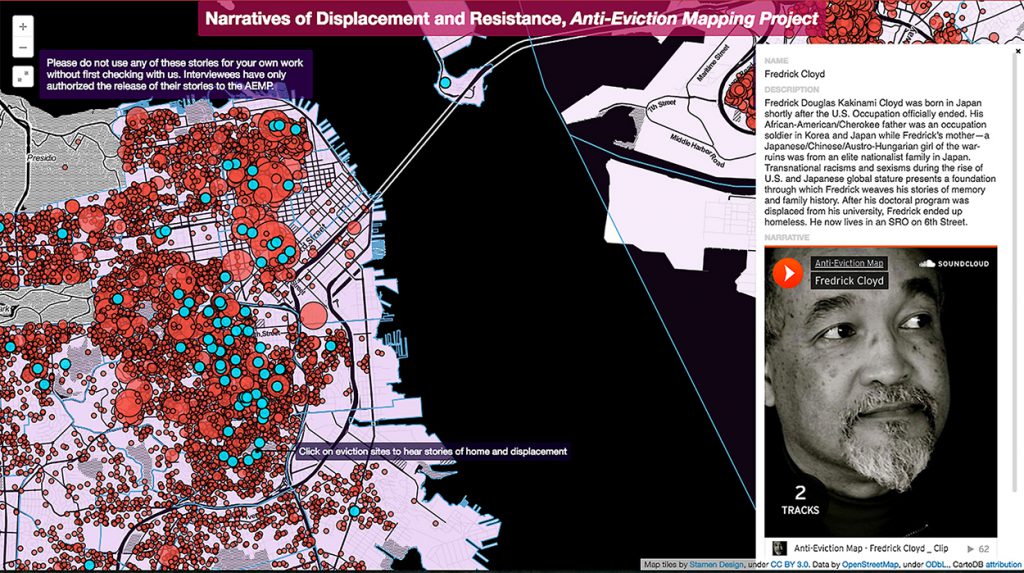 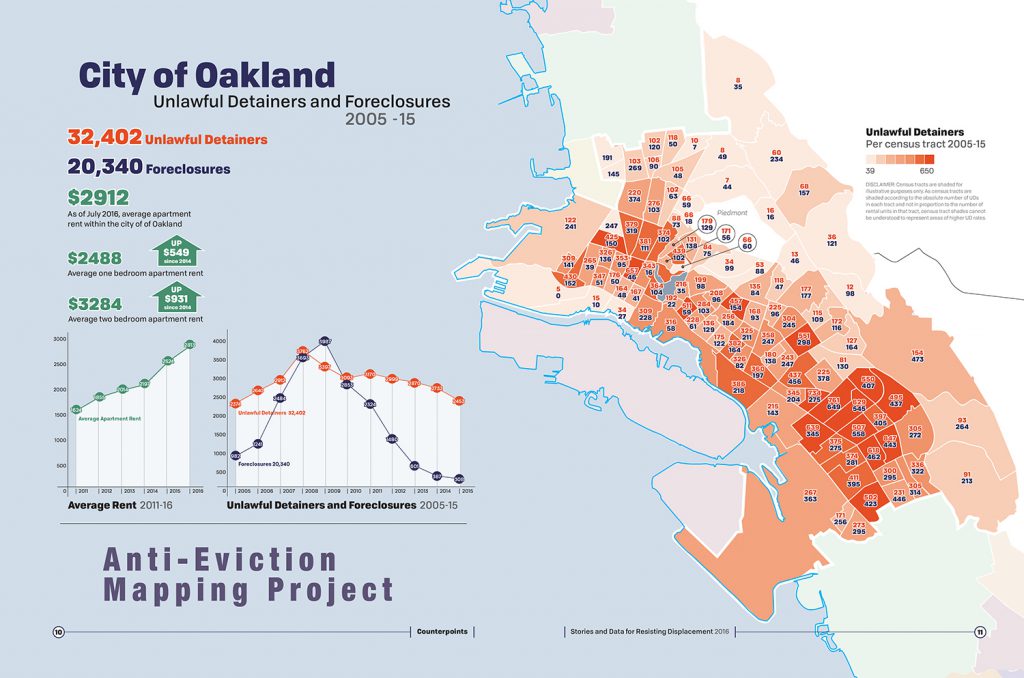 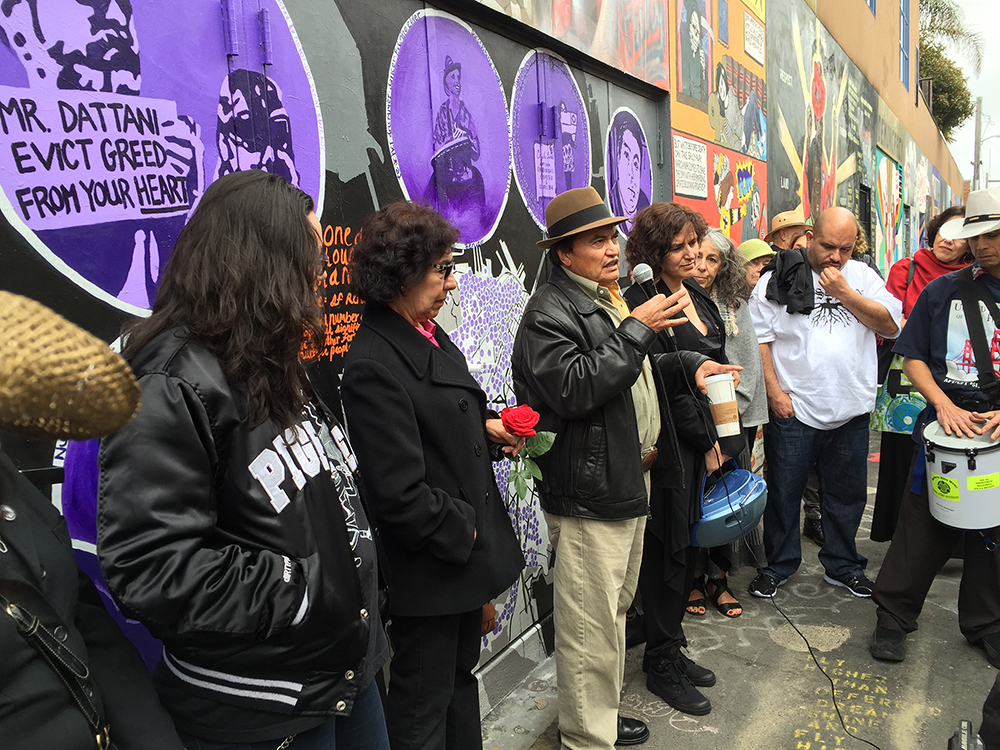 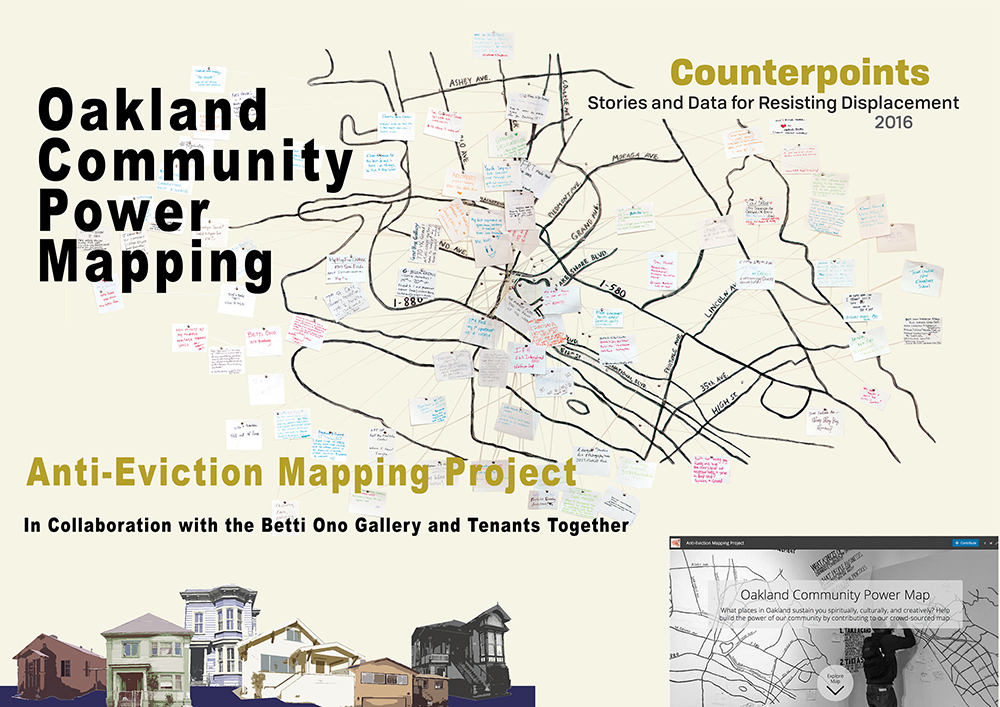 Erin McElroy cofounded the Anti-Eviction Mapping Project in 2013 and has since led the group in its growth and creative direction. With a background in community organizing, visual arts, and feminist science studies, Erin’s work critically engages geography and the humanities with the de-colonial methodology. Under Erin’s leadership, the AEMP has received much recognition from community activist to digital humanities awards. For her writing and resume, see.