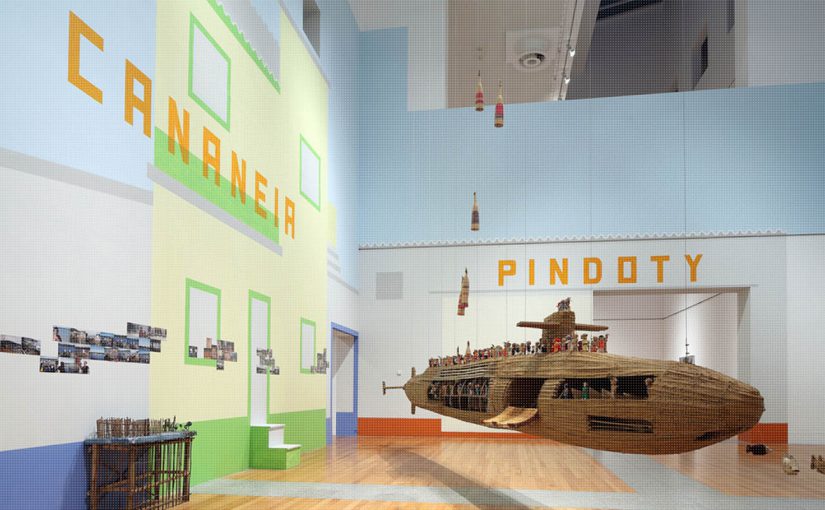 Rigo 23’s proposal is to investigate ideas of future and progress by working with marginalized Indigenous communities that have survived for centuries within dominating narratives that have arrived from afar. Narratives created by nation-states and their history producing apparatuses, which crush the pre-existing narratives, and with it, the sense of place the survivors have in their own future and past.
The project entitled Autonomous InterGalactic Space Program (AISP), aims to talk about Space Exploration – “man’s ultimate frontier” – from the vantage point of those who lost so much right here on Earth, to Space Travellers of past centuries. Not just land and sovereignty, but also contact with their own collective memory. Their scholars killed, their languages made illegal, the knowledge of previous generations taken away through war, disease, and pillaging. AISP is a cultural forum in which some of these suppressed histories – of the past and future – are placed at center stage, contributing towards a better understanding of the present.
There are two social spheres in this project – the people and histories at its development, conception and fabrication phase; and the those who encounter the resulting art exhibit, talks, articles, photographs, and news items resulting from, or included in the exhibition.
AISP, takes the form of a corridor with small side environments leading to a larger space housing a Planetarium. This planetarium consists, of a large corn shaped space ship, a satellite, a moon, and a sun, dozens of paintings and embroideries, video and audio recordings – all produced in close collaboration with Mayan painters, weavers, carpenters, singers and activists from the Southern Mexican state of Chiapas.
The project development that is proposed for the Visible Award, consists of bringing the AISP to the autonomous Maori territories of the Tuhoe, in the central high mountains of New Zealand’s North Island. 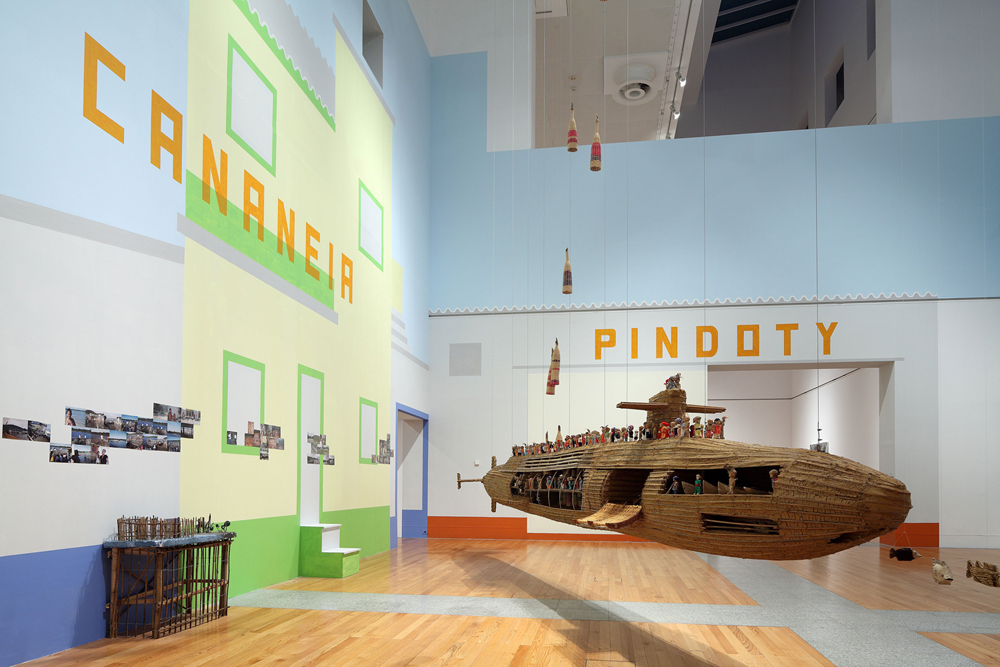 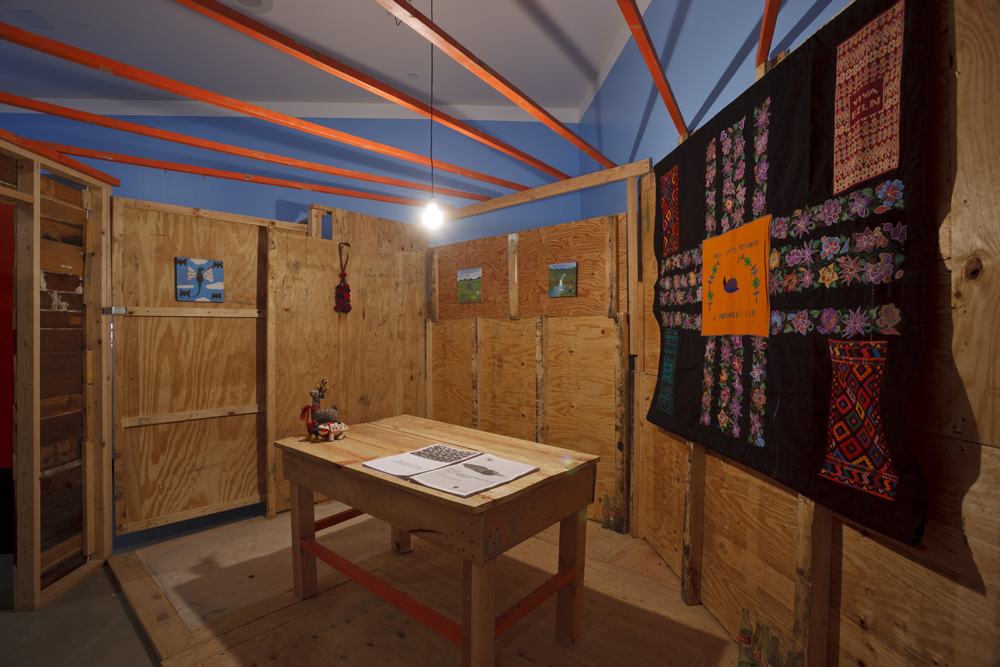 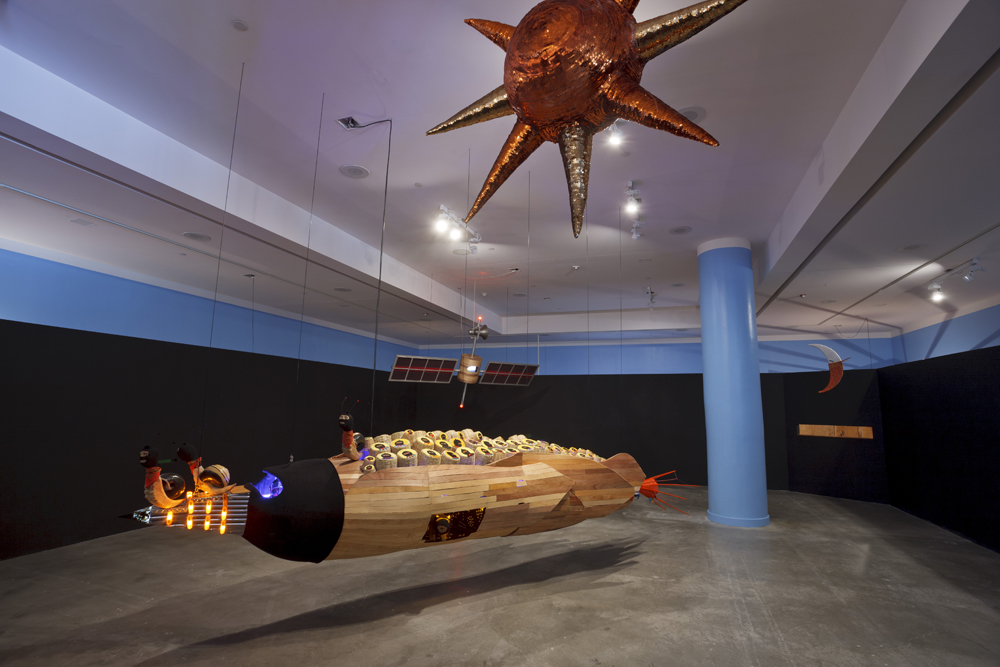 AISP has the potential of contributing to the ongoing struggle towards Indigenous Sovereignty – taking place also in the poetic realm. Given the contemporary condition of eroding Citizen rights in our nation- states, we stand to learn from the kind of citizenship envisioned by contemporary Indigenous leaderships around the world.

Born on Madeira Island, Portugal, in 1966, and based in San Francisco, CA since the late 1980s, Rigo 23’s practice has been Intercultural from the start. However, he has actively sought a dialogue with contemporary native artists and thinkers.
Initial contacts with Northern California tribes from the Klamath River area led to lifelong connections (1991). Two person exhibitions with Brian D. Tripp (1995 and 2010). A visit to Madeira Island by George Blake, Annelia Norris, and Alme Allen, which included a mural, workshops, spoken and sung word performances and a visit to Cristovao Colombo’s Museum-House in Porto Santo(2000).
Rigo 23 started visiting São Paulo, Brasil, to prepare work for Human/Nature: Artists Respond to a Changing Planet (2005-08). Three community leaders – Guarani, Caiçara and Quilombola – chosen by their respective communities traveled to California, where they spoke at Berkeley Art Museum. During the visit, we traveled north where they met with representatives of the Hoopa, Yurok and Karuk Tribes (2009).
In order to develop what would become the Autonomous InterGalactic Space Program (2009), he started visiting Chiapas, and EZLN affiliated communities. From this project, a meeting between Emory Douglas, former Minister of Culture for the Black Panther Party, and EZLN artists and activists developed (2012).