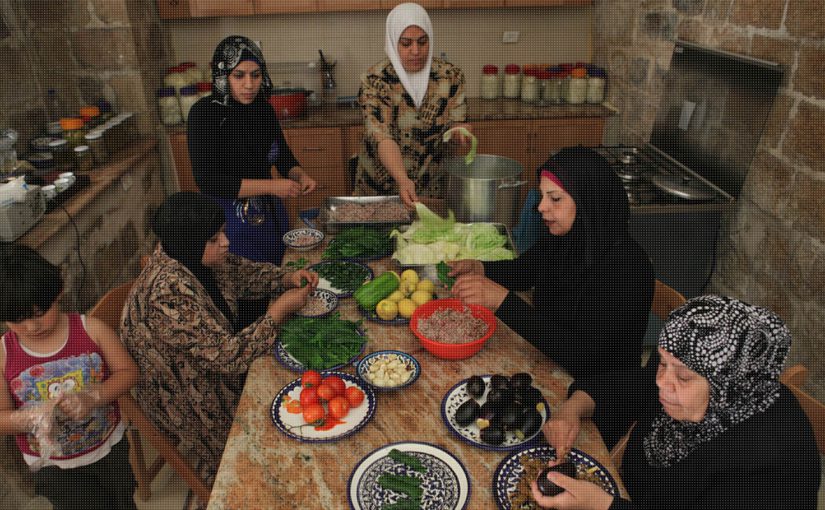 During the second Intifada (2000), the Old City of Nablus was one of the harshest flashpoints for the IDF (Israeli Defense Forces) attacks in the West Bank. In the aftermath of the outbreaks, the city was put under endless periods of curfew. Until 2008 seven Israeli check-points blocked the main city gateways, making it almost impossible for people and goods to move in and out of the city. Today the cities economic status is equal to that of a refugee camp with an 80% unemployment rate and a large number of buildings that require rehabilitation. Women are certainly the invisible backbone of the community, striving for the survival of family and children in the midst of brutal occupation and a deeply conservative society. 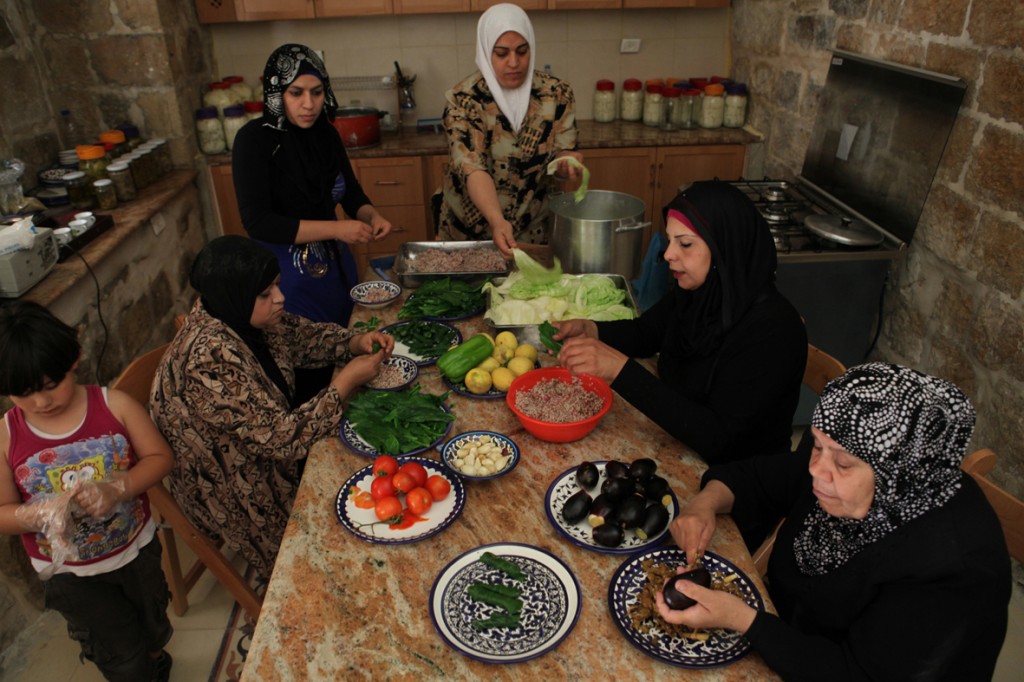 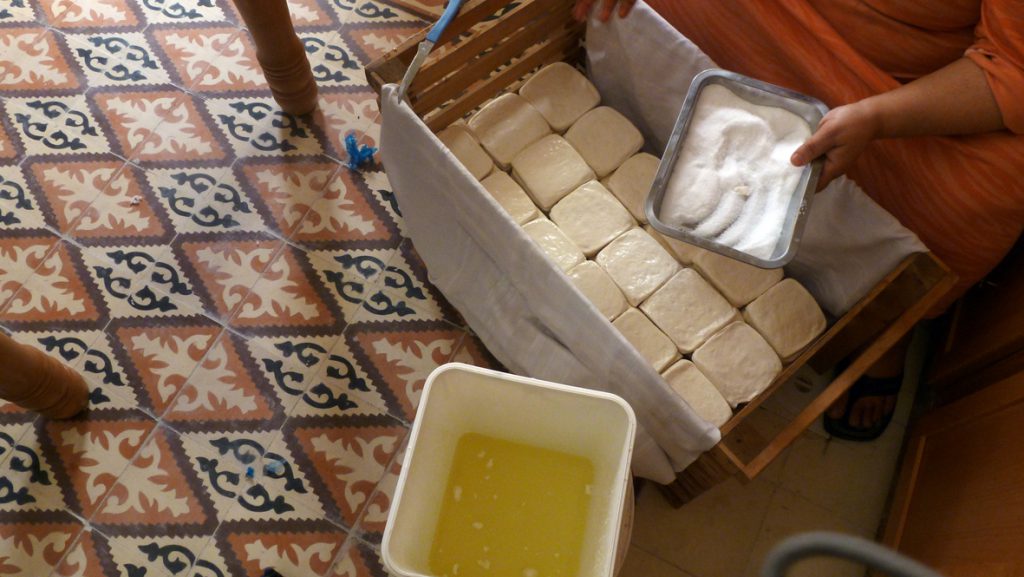 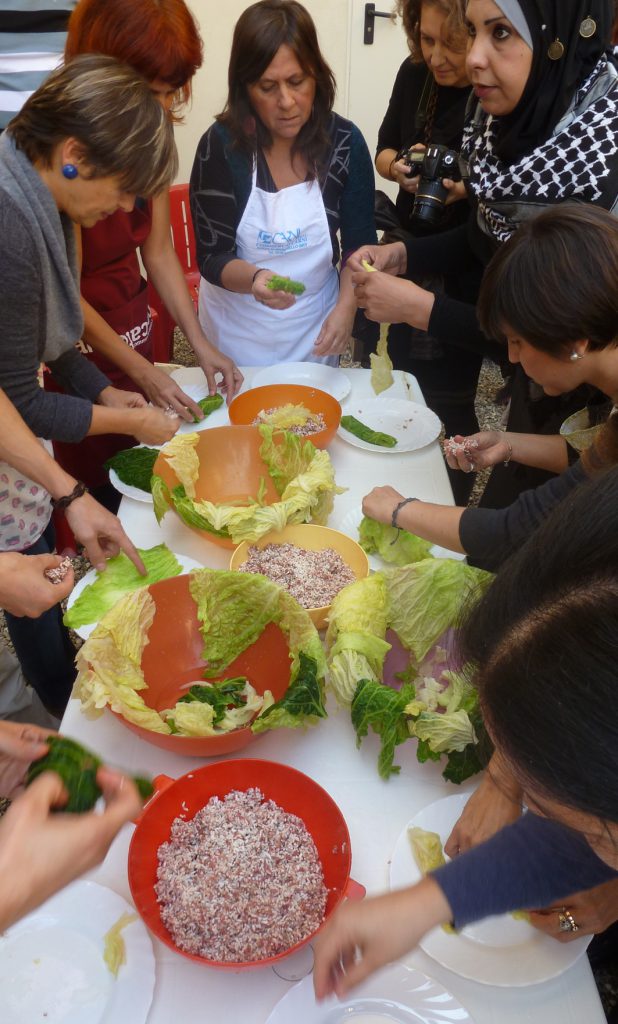 In this complex framework, the participatory project Bait al Karama is initiated by the local activist, Fatima Kadumy, artist Beatrice Catanzaro and cultural manager Cristiana Bottigella. The project aims to:

It was soon understood that food could be a strategy for aggregation, cultural mediation and income generation in Nablus. Women are the holders of gestures and tastes in culinary cultural heritage – a heritage that is quickly disappearing under the economic pressure of the occupation. Bait al Karama, located in an Ottoman building at the heart of the Old City, is home to the foremost Palestinian cooking school run entirely by women. In conjunction with the school, the Centre runs several additional income generating ventures: a shopping corner, cafeteria, beauty salon, as well as other catering services.
With the income they generate from these ventures, the women organize educational programmes for the women and children of the community, in response to their concrete needs. 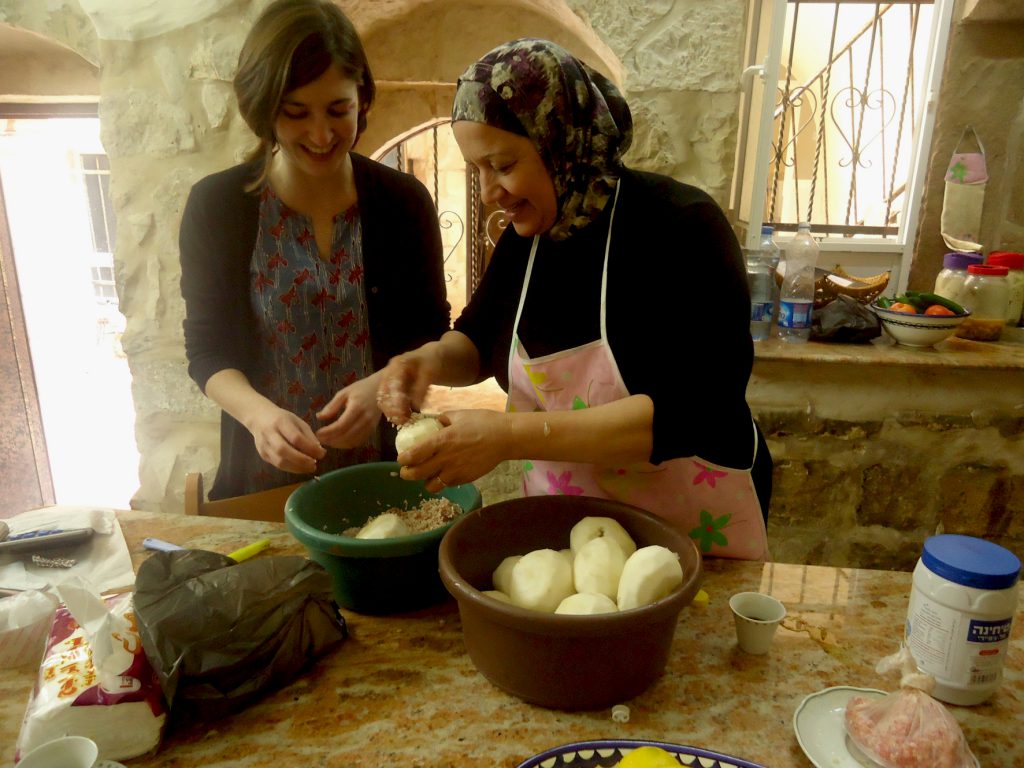 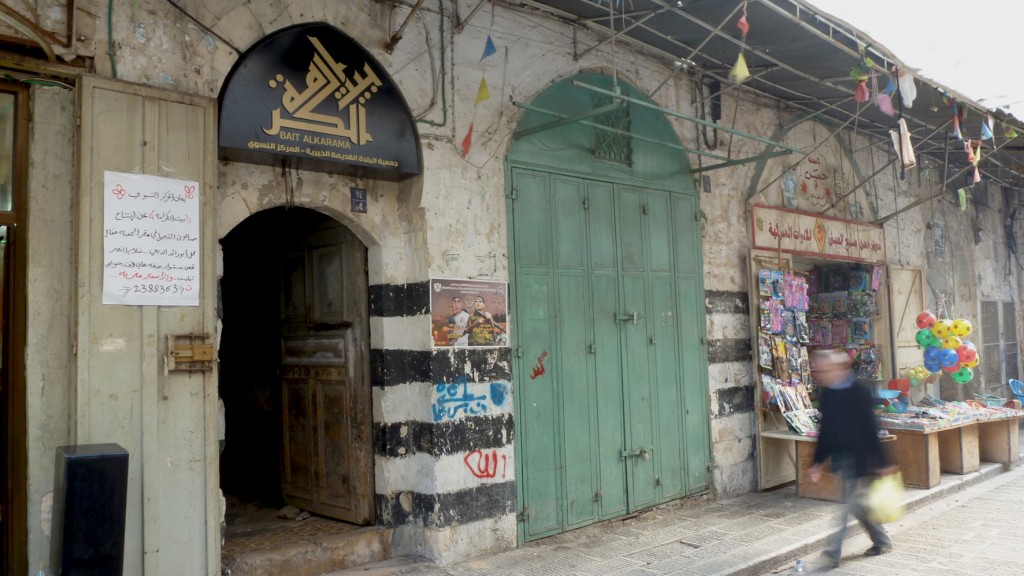 In 2012 Bait al Karama became the first Slow Food Convivium in Palestine, starting a long term collaboration with Slow Food International (Italy). They also have links with Universities such as SOAS in London with their Master in Food Anthropology; Cultural Institutions such as the A.M. Qattan Foundation; local associations, several Slow Food Conviviums in Italy, and tour operators. Bait al Karama appears on the 2013 Lonely Planet for the Palestinian Territories.

In the framework of Baital Karama, the project Fatima’s Chronicles – a coral narration of food, taste, and gestures is a further step to involve the local community in a process of awareness towards their own food heritage and to actively engage with its preservation. This “recipe book” will emerge from a multitude of voices from the community itself.

The project consists of participatory research into the local food production, recipes, food spaces in the Old City, involving the 50-70 women and youth who already participate in Bait al Karama’s activities.

Beatrice Catanzaro is and artist that has extensively practiced in the field of public art and participatory art, researching and working throughout Europe, Asia and the Middle East. She has a particular interest in participatory processes, often unfolding in self initiated and independent projects aiming at challenging the concrete possibility of art in imagining and creating situations/spaces that are able exist beyond the sphere of Art.
Her work has been exhibited in many international venues such as the Al – Mamal Foundation in Jerusalem, Manifesta 07 at the Mart Museum in Rovereto (Italy), Cittadellarte – Fondazione Pistoletto (Italy), Land Art Biennial in Mongolia (Mongolia) and Espai d’Art Contemporani de Castelló – EACC (Spain).