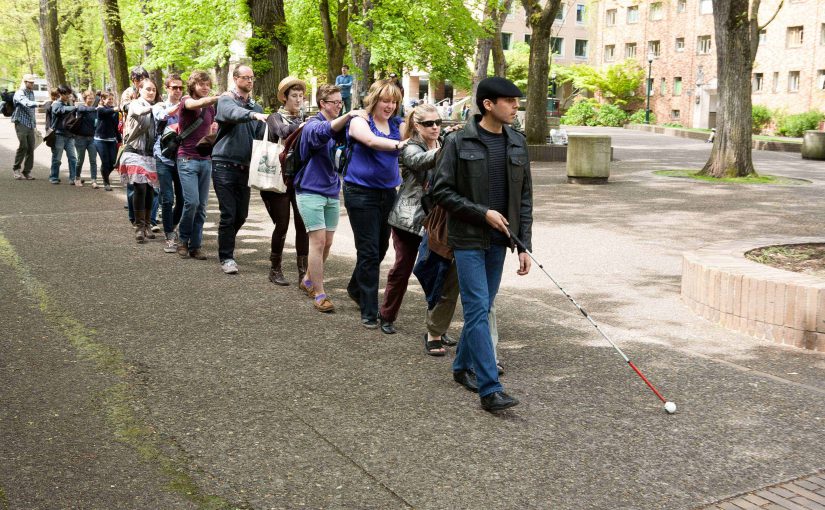 In 2010–in response to the failures that I experienced as a recipient of disability support services–I started resisting support options that promoted ablest concepts of normalcy and self-identified as a nonvisual learner. The choice was in line with an effort to distance myself from marginalizing language like “blind” and “visually impaired”, and helped me realize the position that I occupied as a liberatory space. Using my nonvisual senses as a primary way of knowing the world lead to Blind Field Shuttle (BFS), an experience in which groups of up to 90 people line up behind me, link arms, and shut their eyes for the duration of a roughly hour-long walk through cities and rural landscapes.
Conducting BFS helped me exercise my nonvisual senses and find a community with whom I could develop a critical methodology for engaging nonvisual space. By 2012 I considered BFS a form of practice-based research and produced a series of nonvisual tours that aimed to uncover the unseen bodies of knowledge in fields influenced by visual primacy. One engagement–at the Guggenheim in 2013–was a touch tour that set a precedent for me to make further work about the potential for critical haptic engagement to become a viable practice within contemporary art and criticism.
Now I perform BFS as a way to demonstrate my proposal for Open Access (2015), a relational model for accessibility that centers considerations of agency and power in relation to the social, cultural, and political conditions in a given context. When performed as part of the Open Access movement building campaign–an ongoing tour across the US, UK, and Canada–BFS establishes an organizational space where participants model trust and mutual support while practicing new, process-based systems of access together. 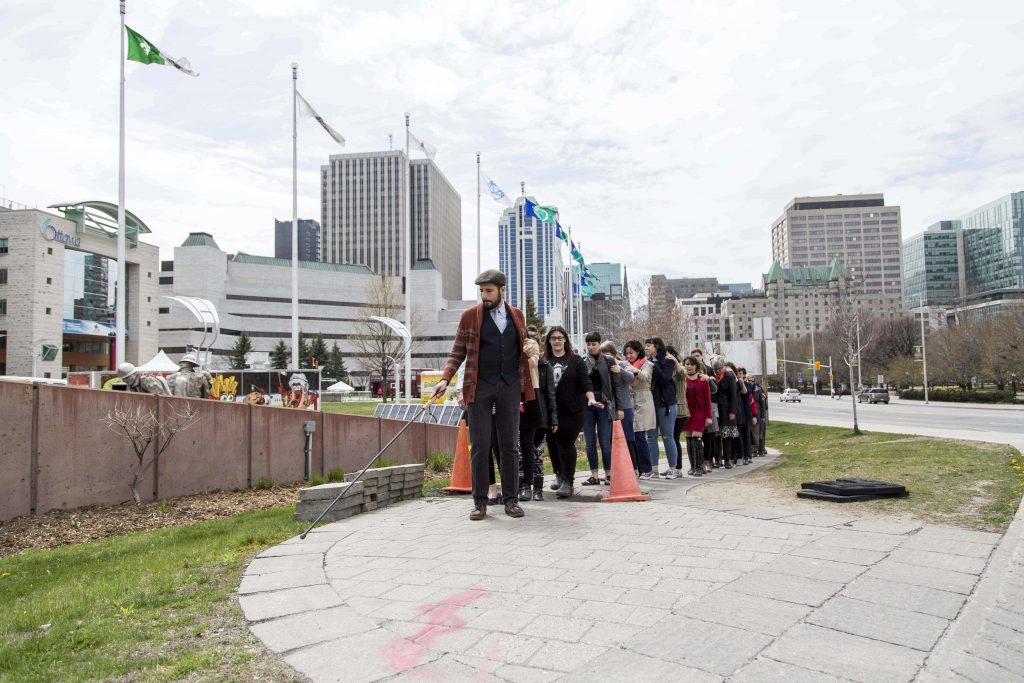 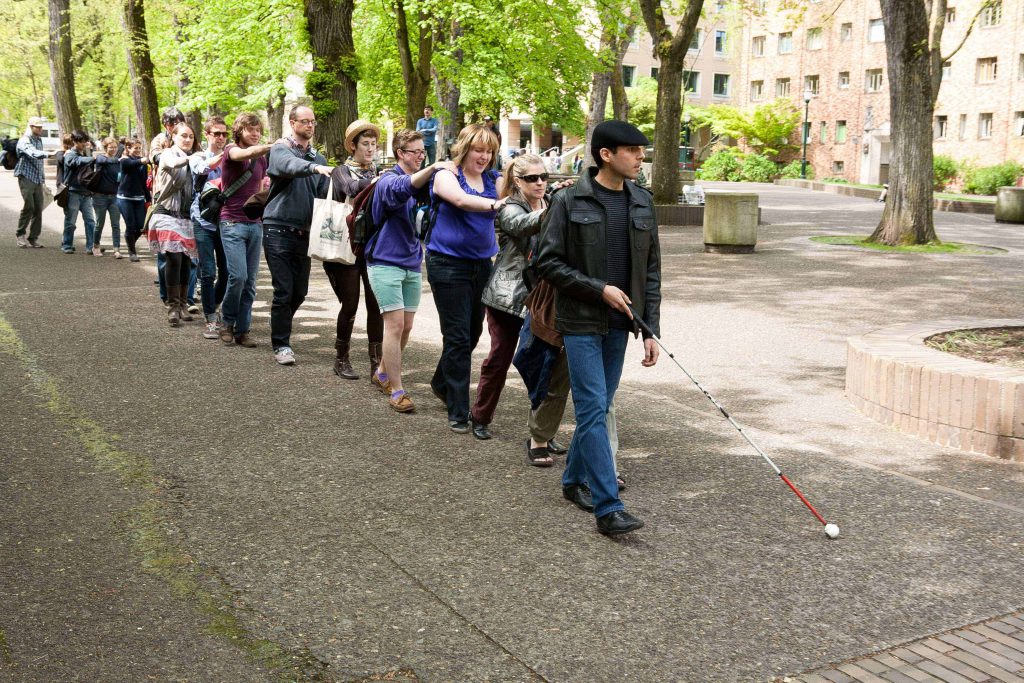 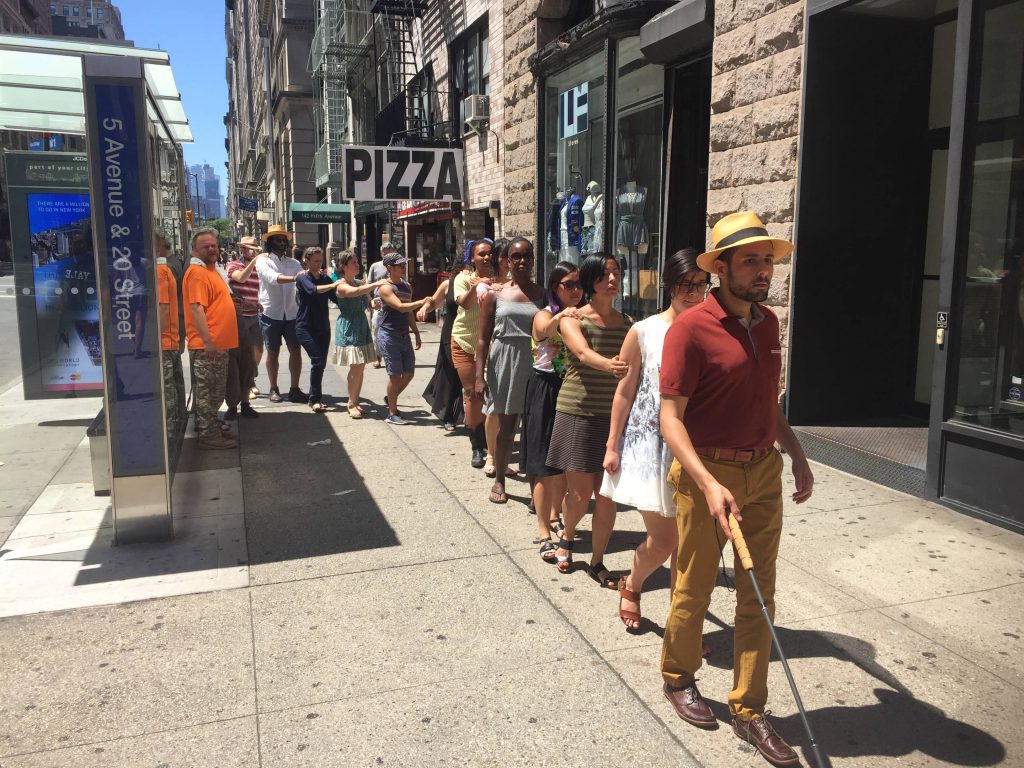 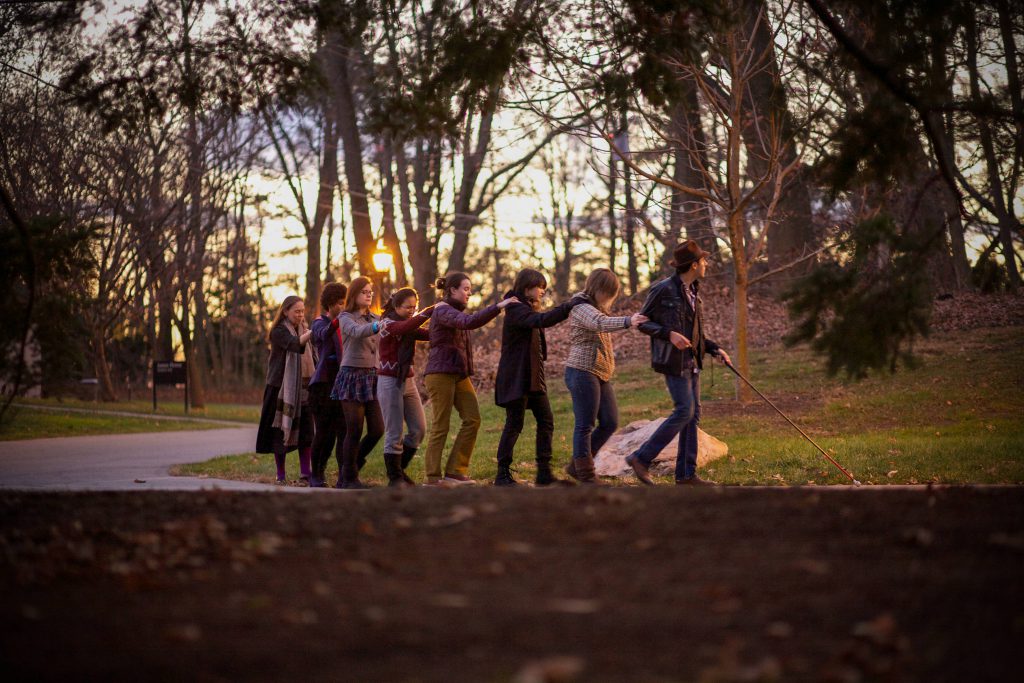 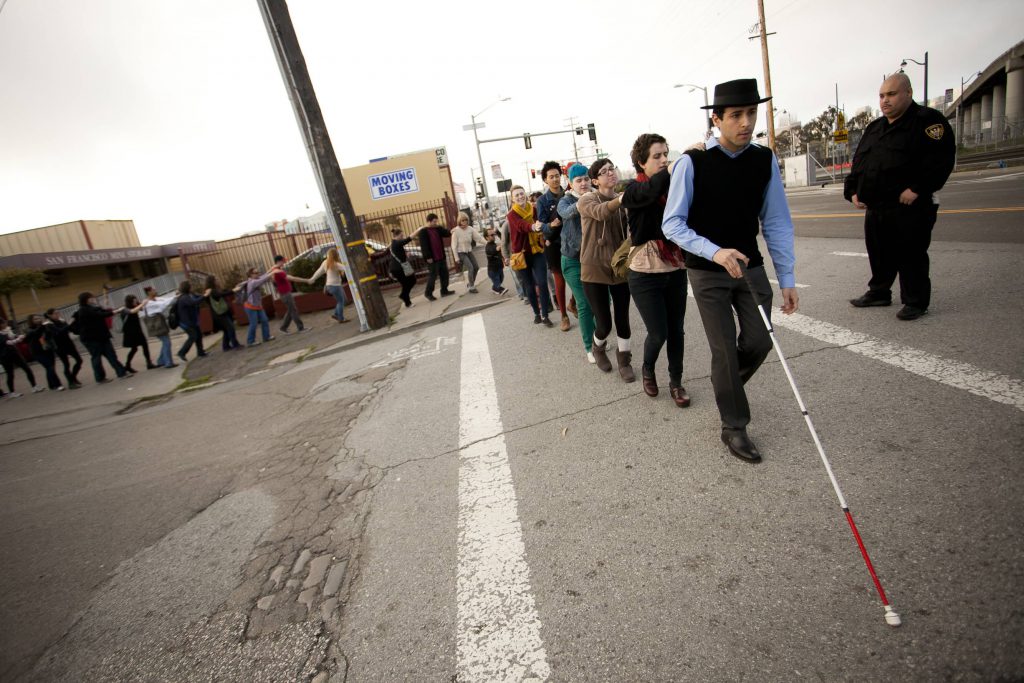 I am a Vancouver-based social practice artist who makes participatory projects about accessibility as it relates to public space, the art institution, and visual culture. In forms ranging from collaborative performance to public intervention, my work provides an opportunity for participants to find solidarity across social, cultural, and political boundaries. This spring, I will share Open Access at the Tate Liverpool, the Harvard Art Museums, and the Shelly & Donald Rubin Foundation in NYC.