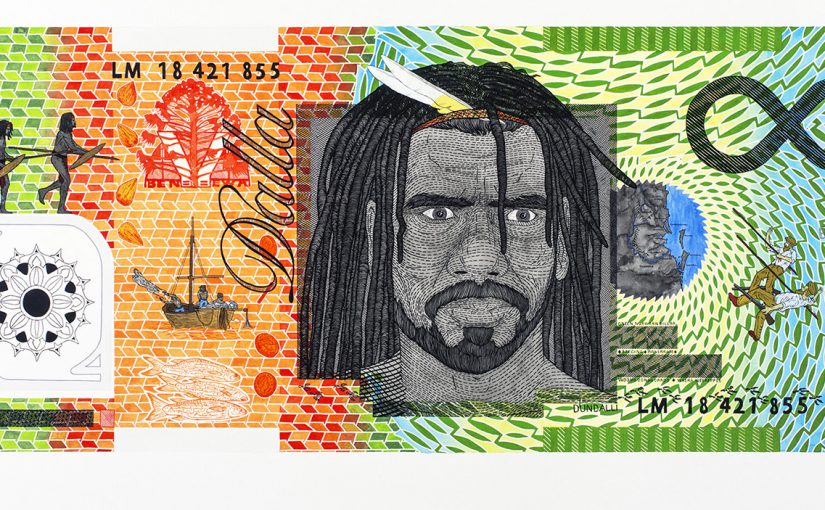 My installation Blood Money Currency Exchange Terminal (2018), is a roving, participatory currency exchange. Visitors are invited to convert Australian dollars (AUD) into my own Blood Money currency (BMD)—a series of four double-sided limited-edition prints from the ‘Blood Money’ watercolor series that take cues from the distinctively colorful polymer form of the Australian banknote. The exchange rate changes throughout the Terminal’s opening hours. All Australian currency transacted is then shared between nominated community organizations, for example, the Gap Youth and Community Centre in Alice Springs and the Carinity Education Southside facility in Brisbane. In previous iterations, the ‘Blood Money Currency Exchange Terminal’ has raised over $9,000AUD for the Gap Youth Centre and over $8,000AUD for Carinity Education Southside. This interactive installation is intended to provide an experiential and meaningful activity relating to the painted works of the series. The artworks themselves are large scale hand painted reproductions and redesigns of current Australian banknotes that are in circulation. They are meticulously crafted in watercolor paints to mimic the coloration and patterning of the polymer banknote design. It is this construction and execution of an idea that is significant, innovative and pivotal about the project: the works are colorful, recognizable and attention-grabbing. However, they communicate an important and repressed storyline. The tandem nature of the project is central to the continued building on the potential of circulation of these important stories. It is evident in the usage of a creative visual image to encourage new understandings of Aboriginal people, Australian history and the relations of power in society. 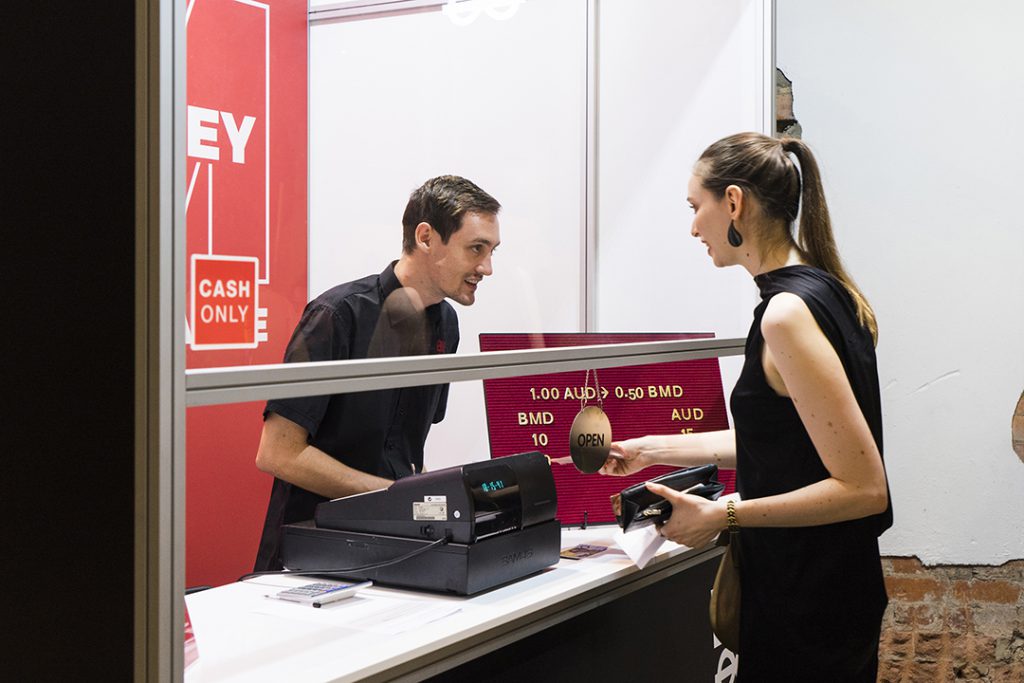 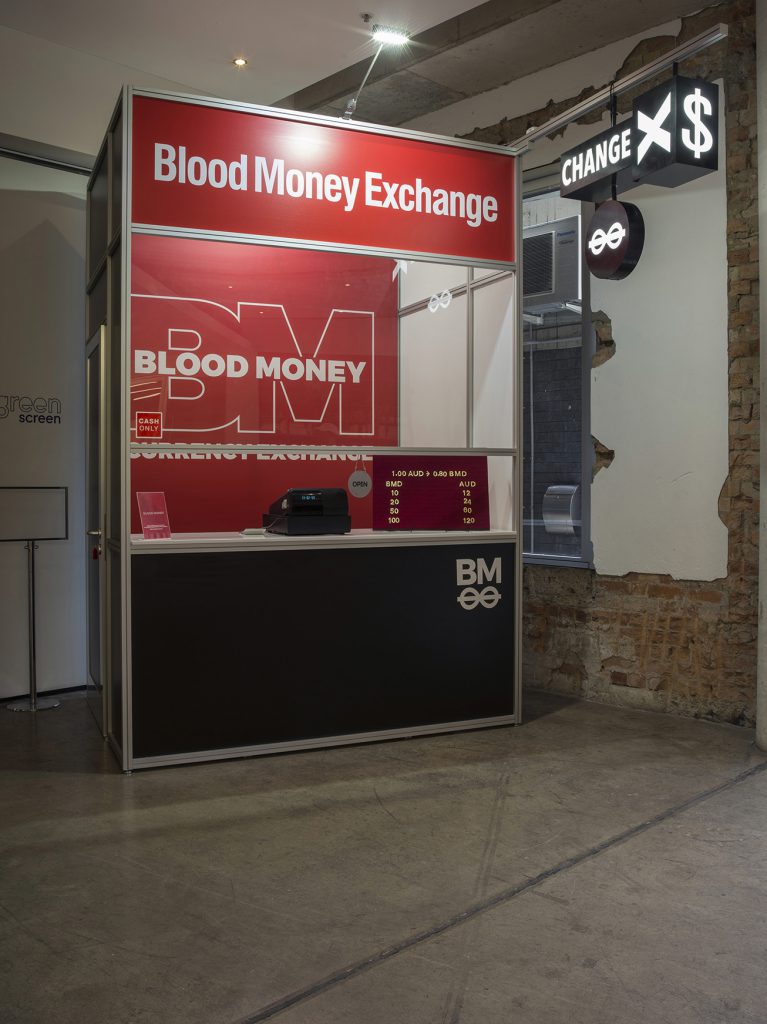 Dr. Ryan Presley was born in 1987 in Alice Springs, and lives and works in Brisbane. His father’s family is Marri Ngarr and originate from the Moyle River region in the Northern Territory. Presley employs a variety of media and techniques and his practice involves a questioning and negating of historical and contemporary perspectives. Presley utilises his own heritage and insights to contribute other understandings to the social and cultural nature of contemporary colonial Australia.