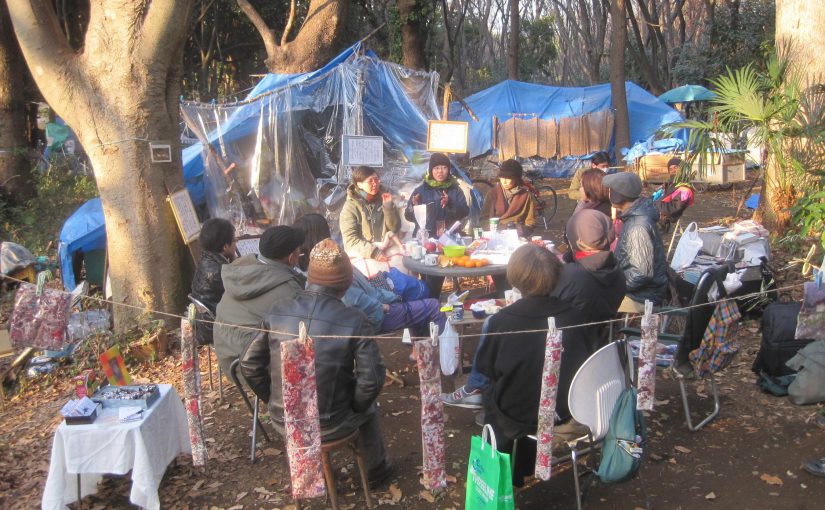 There used to be a large population of homeless people at Blue Tent Village, but its number is decreasing due to the city’s urban development policy. Now the previous inhabitants are scattered in many parts of the city and forced to live under severe conditions. Ichimura has organised various projects at the village such as ENO ARU (a barter cafe), painting workshops (both in collaboration with an artist Tetsuo Ogawaand other homeless people), and NORA. Ichimura stared NORA in 2007 to network homeless women in Tokyo who often live in isolation or are predominantly dependent on and controlled by their partners. It functions as a kind of self-help group in which participants share their experiences and news. The members of NORA also make and sell handmade organic sanitary pads and are able to have some financial income.

Ichimura’s next project has developed from her relationship with a fellow homeless woman, Ms. Koyama, who died in 2013. Ms. Koyama kept a journal for decades and left a number of notebooks filled with her personal views. Although she never showed her journal to anyone during her lifetime, it reveals her personal struggles as well as common difficulties a woman faces in society. It sheds light on social problems that can well be applicable to other parts of the globalised world. Ichimura has started workshops and research to transcribe Ms. Koyama’s journal. Through this application, the Blue Tent Village project seeks financial support in order to publish the outcome of research in Japanese, English and Chinese and to organise reading sessions, talks, and a play based on Ms. Koyama’s journal at various public spaces involving both homeless and non-homeless people. This project will make us realise the possibility of another creative way of living. 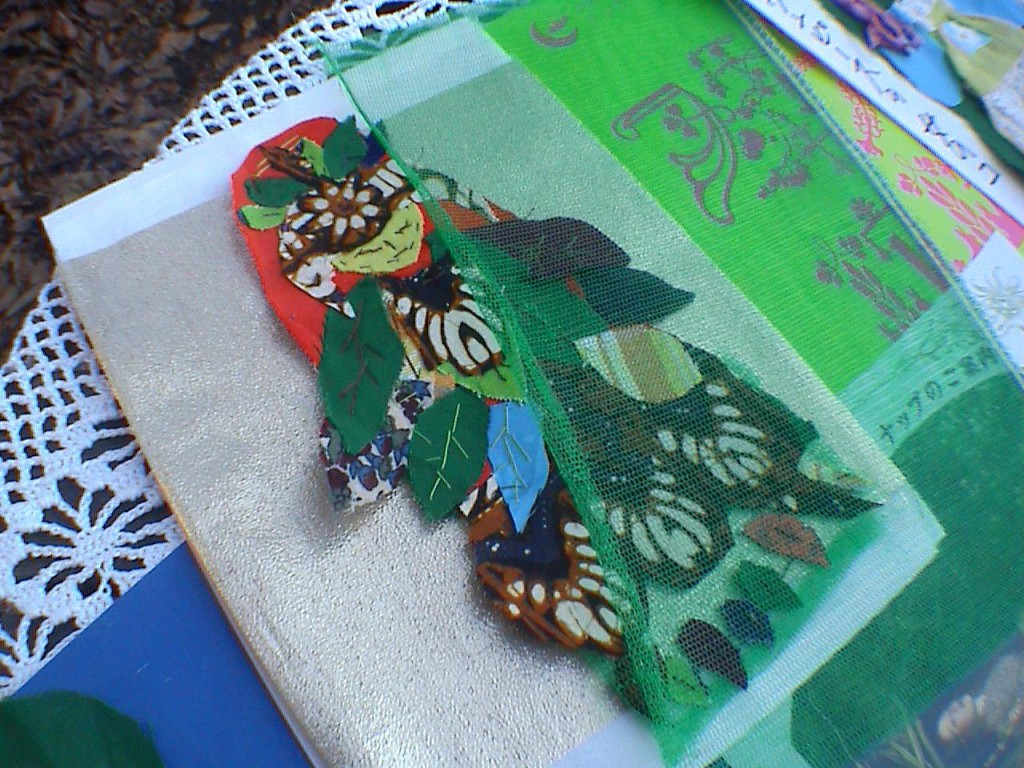 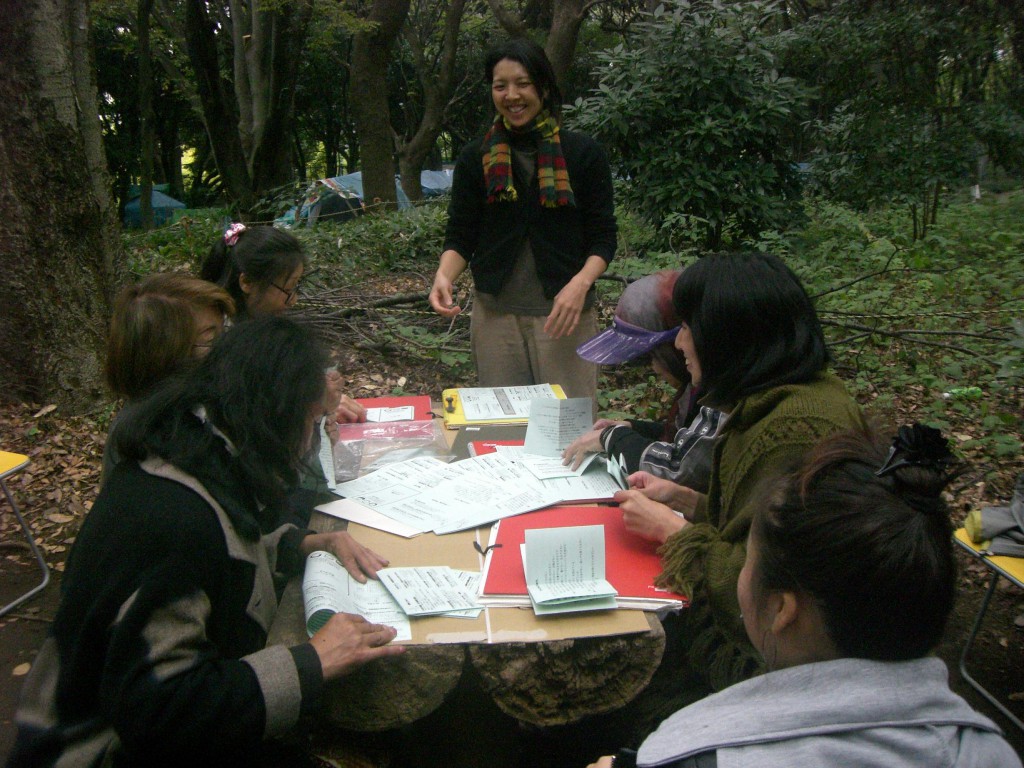 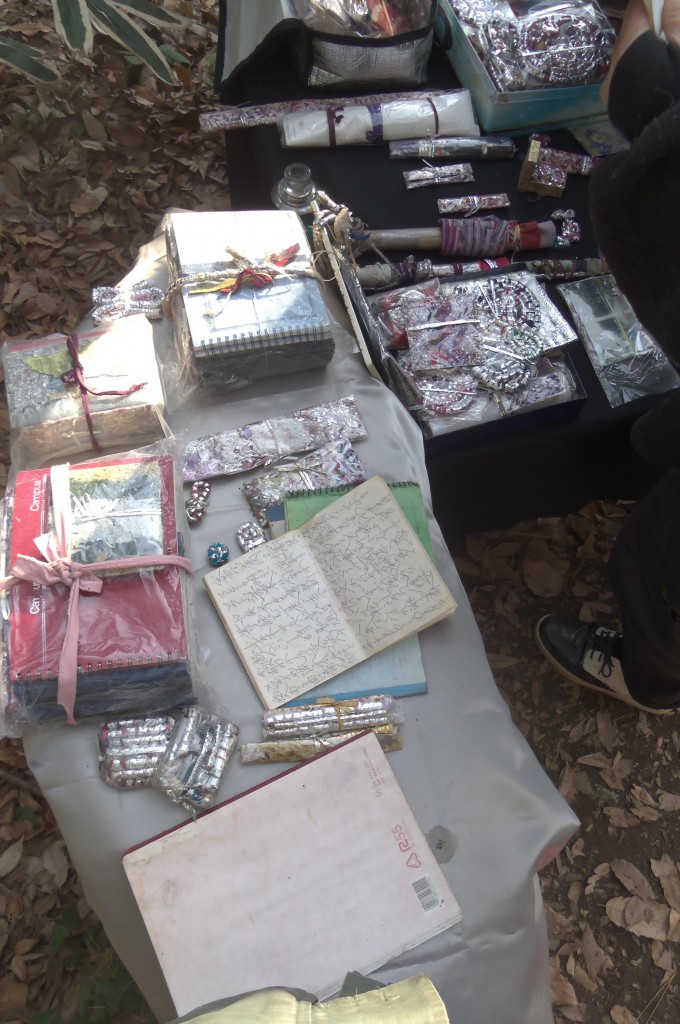 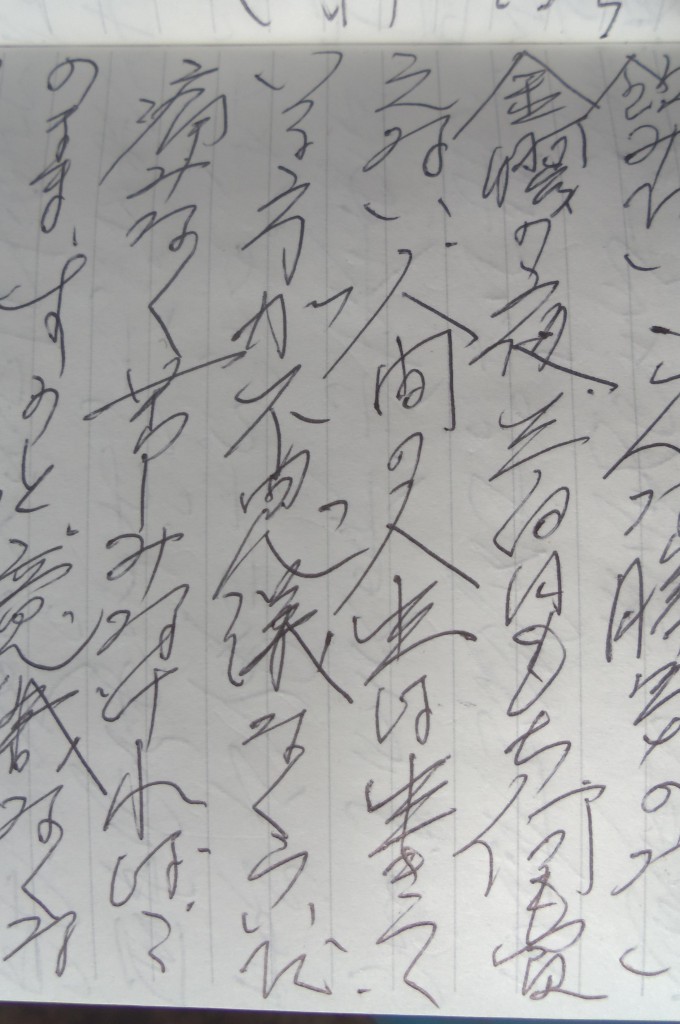 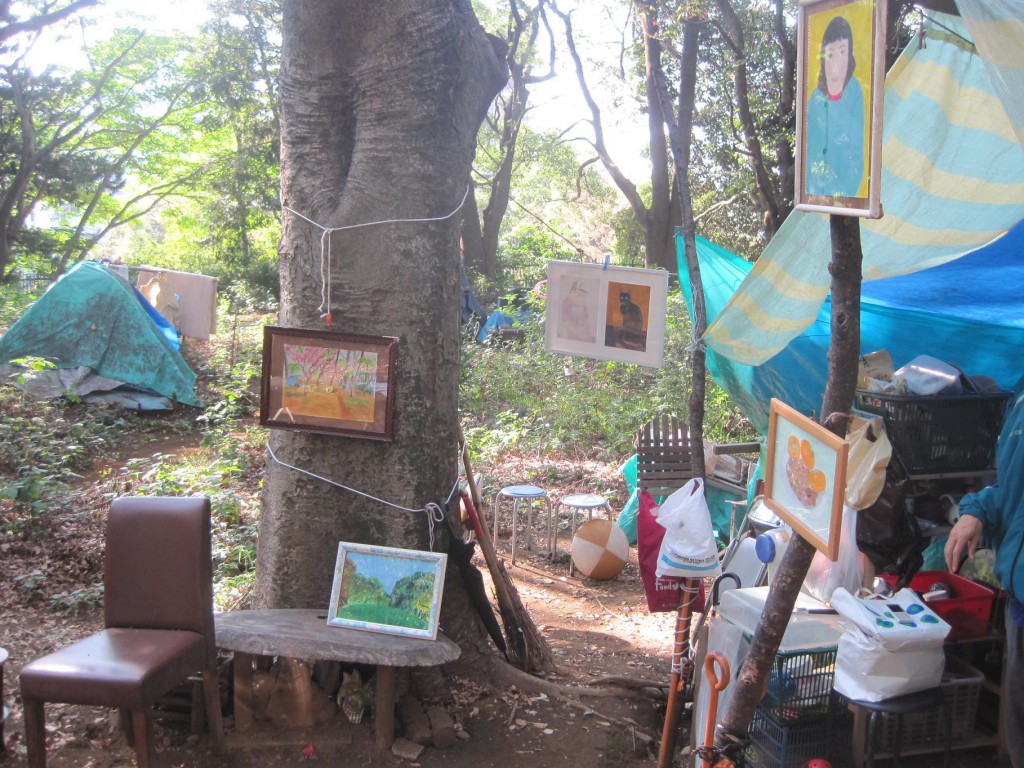 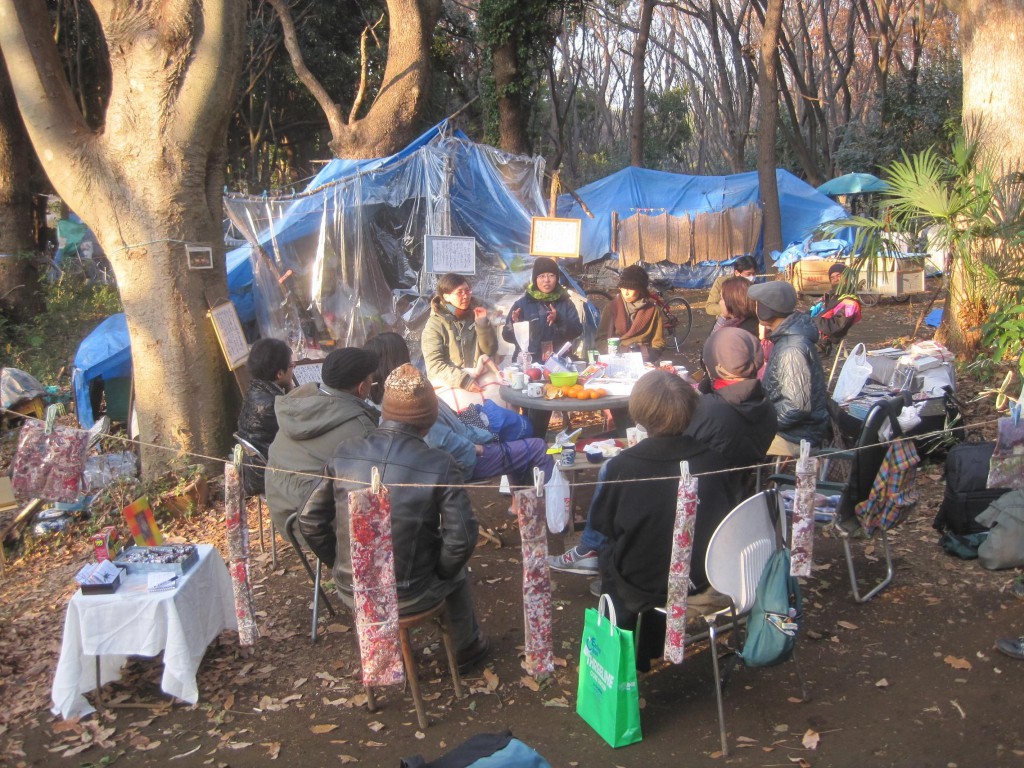 Misako Ichimura has been living in the Blue Tent Village, a homeless community at Yoyogi Park in Tokyo, since 2003. Her doubt on the capitalist system based on private property led her to live in the Village. Ichimura’s practice is situated in between art and activism on feminism and urban politics. She actively organizes collaborative projects both in and outside of the Blue Tent Village and participates in projects in Japan and abroad.