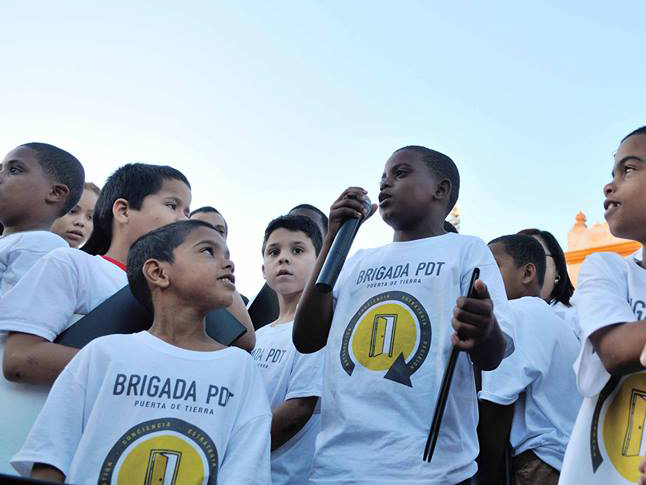 Puerta de Tierra (PDT) is a neighbourhood founded in the 17th century, located in the periphery of the historic urban centre of Old San Juan, in Puerto Rico’s capital. PDT has a strategic and historical value in Puerto Rico. Its most important resource is its own people who, for centuries, have struggled and survived adversity and injustice. Today there is blight, noticeable urban decay, an ageing population, lack of ownership, and a disenfranchised young working class that fights to stay in their community despite an inequitable real estate market, which forces them either to leave or to remain in an isolated, poor, unsafe, and deteriorated urban ghetto.

BRIGADA PUERTA DE TIERRA (BPDT) is a grassroots artist collective formed in 2015 mostly by children and young community members, centring its activities on the preservation and well-being of the neighbourhood, its history and its people. BPDT organises horizontally and operates through four key concepts: self-management, consciousness-raising, strategic planning and collective decision-making.
BPDT uses art as a tool to challenge top-down standard urban development practices. For the past two years BPDT has succeeded in an outreach community campaign with the slogan ‘AQUÍ VIVE GENTE’, engaging residents and raising awareness on the role that youth empowerment can play in flourishing a sustainable and inclusive community-centred development. This campaign frames our development theory and creative problem-solving approaches. As a result, BPDT has made the accomplishment of bringing the San Juan Municipality to negotiate with the PDT community for the acquisition of two abandoned buildings to be developed into community-driven Social Centres. 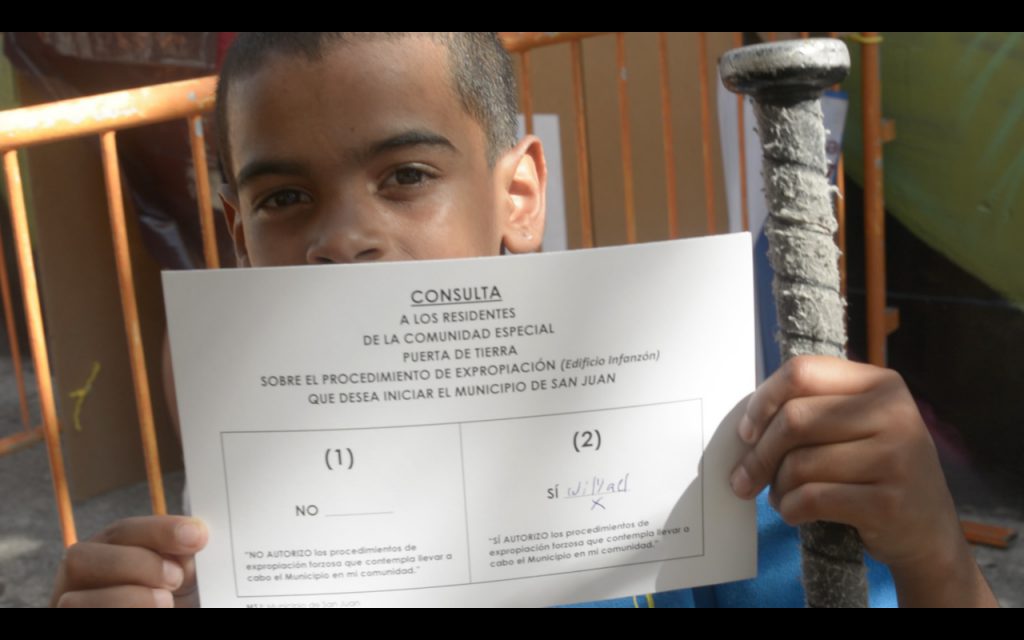 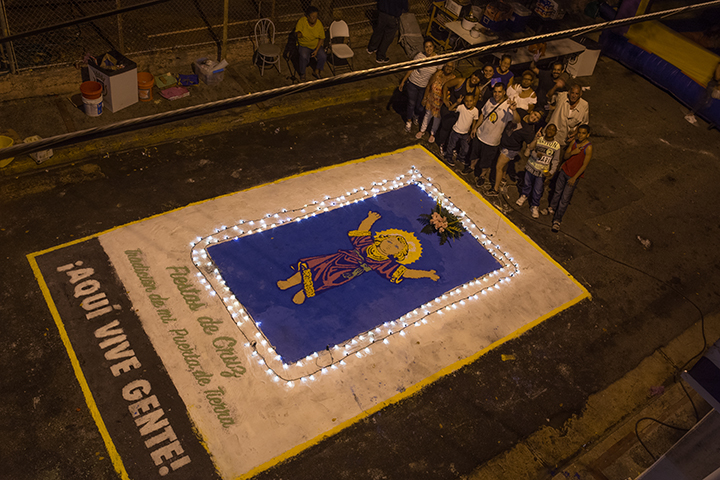 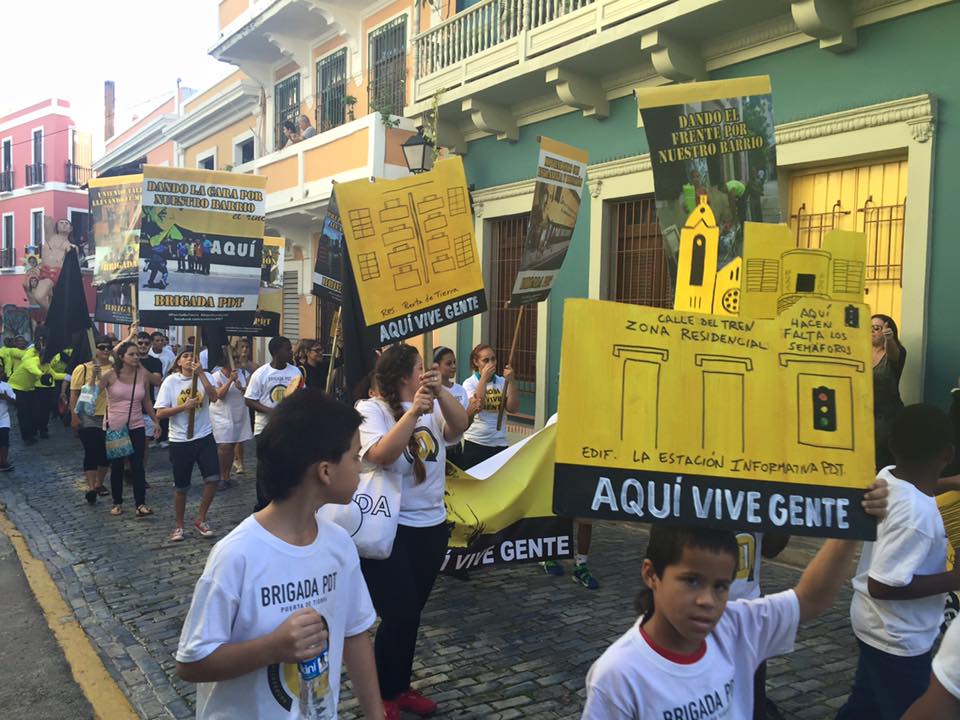 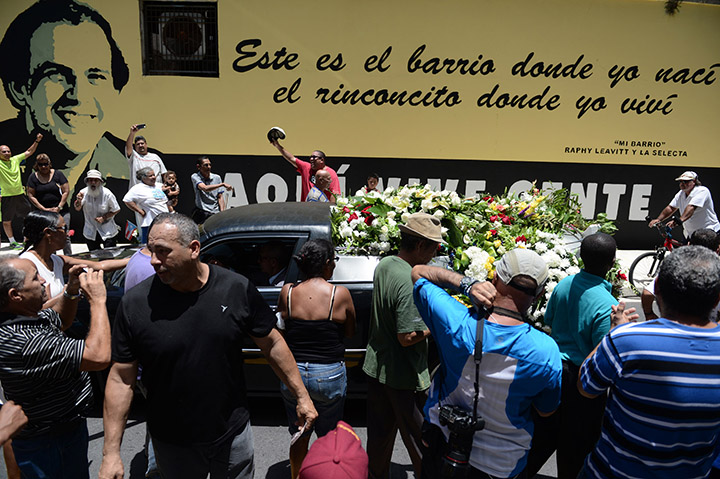 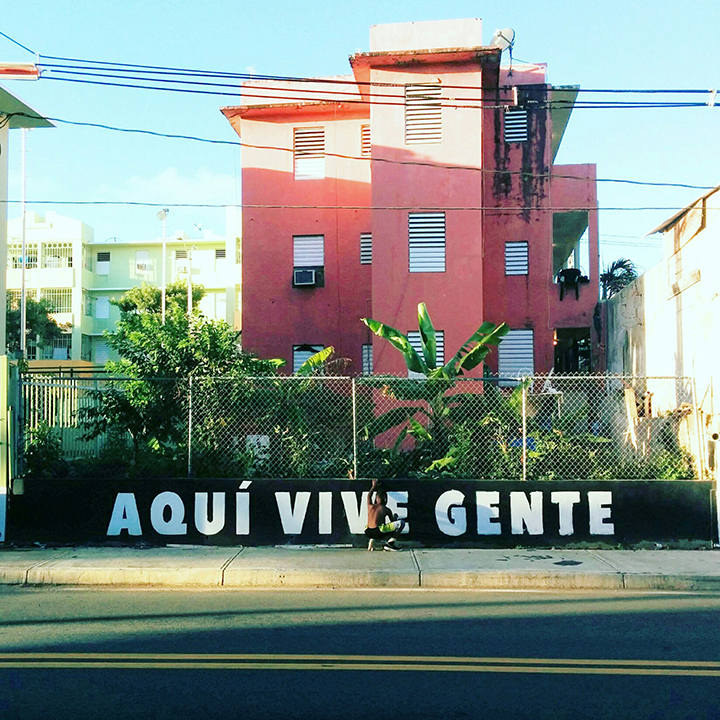 Jesús ‘Bubu’ Negrón (1975, Barceloneta, Puerto Rico) is an artist whose work is characterised by minimal interventions, the re-contextualisation of everyday objects and a relational approximation to artistic production as a revealing act of historical, social and economic proportions. Luis Agosto-Leduc (1976, San Juan, Puerto Rico) is an artist interested in community groups, structures of care and support, utopian architectures, toxic colonialism and political ecologies.