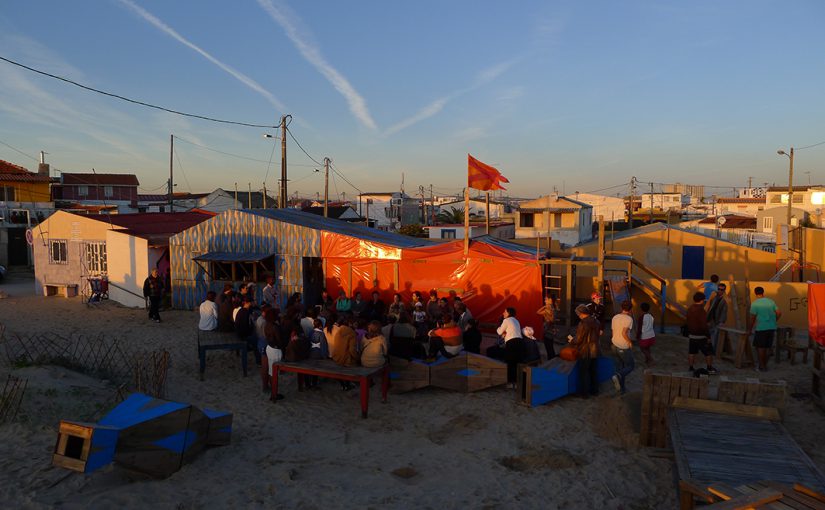 Cova do Vapor is a small fishermen settlement opposite Lisbon, at the bank side of river Tejo. Part of the settlement has been declared a protected natural reserve and it’s not allowed to build on it. This protects it from massive tourist development but also predicates the existing community to live in a state of informality. The Associação de Moradores da Cova do Vapor substitutes the lack of municipality presence by taking responsibility for a well-working public infrastructure and organising activities for the community. Inspired by the creativity of the locals, the genuine DIY ethic and to have discovered a community that still lives up to its name, Constructlab decided to self-initiate Casa do Vapor, a support structure to the local association, that can absorb various possibilities to serve local initiatives. Its various structures have accommodated an open air classroom, a public library, a kitchen, a bike-workshop, a skate-ramp, a playground and a pizza-oven. The collective became part of the local community for four months and an exchange of ideas and exercises in collectivity took place.
Casa do Vapor was built out of reused wood from an EXYZT collective project in Guimarães ECC 2012. The construction was simple and welcomed participation from both kids and grown-ups. Feeling sympathy with the lack of external support, which is an everyday reality in the village, the locals became even more invested in this project. Due to building restrictions, the installations can only be temporary. However, Casa do Vapor became a ‘common’ in its own right that survives. The same material is used over and over, disguising Casa do Vapor in temporary forms from time to time, like a new community kitchen and a public library, which are ongoing. 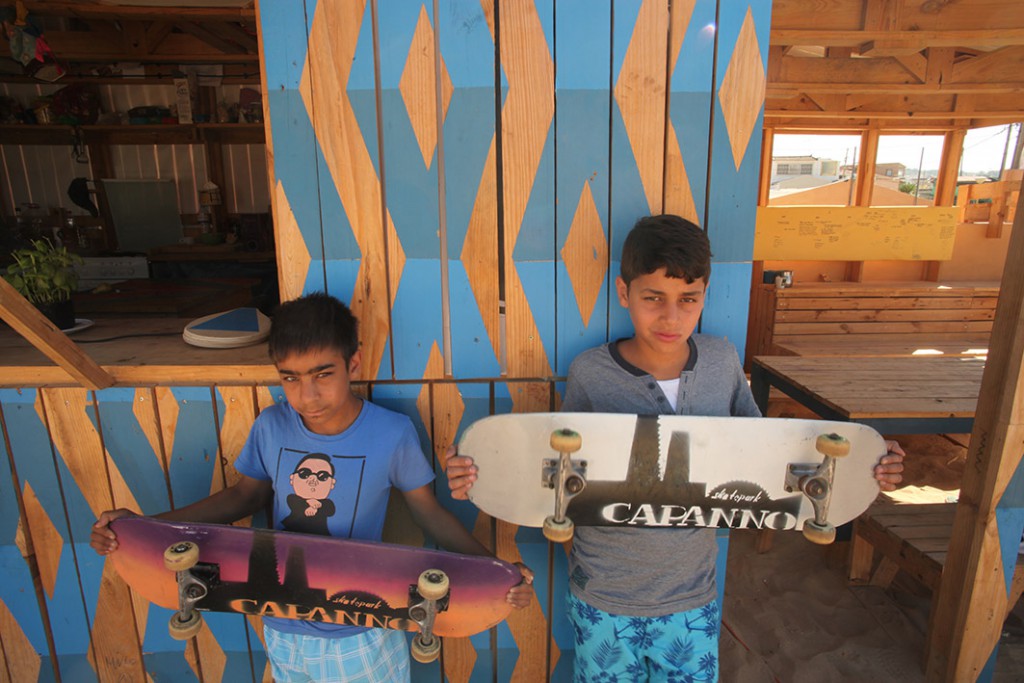 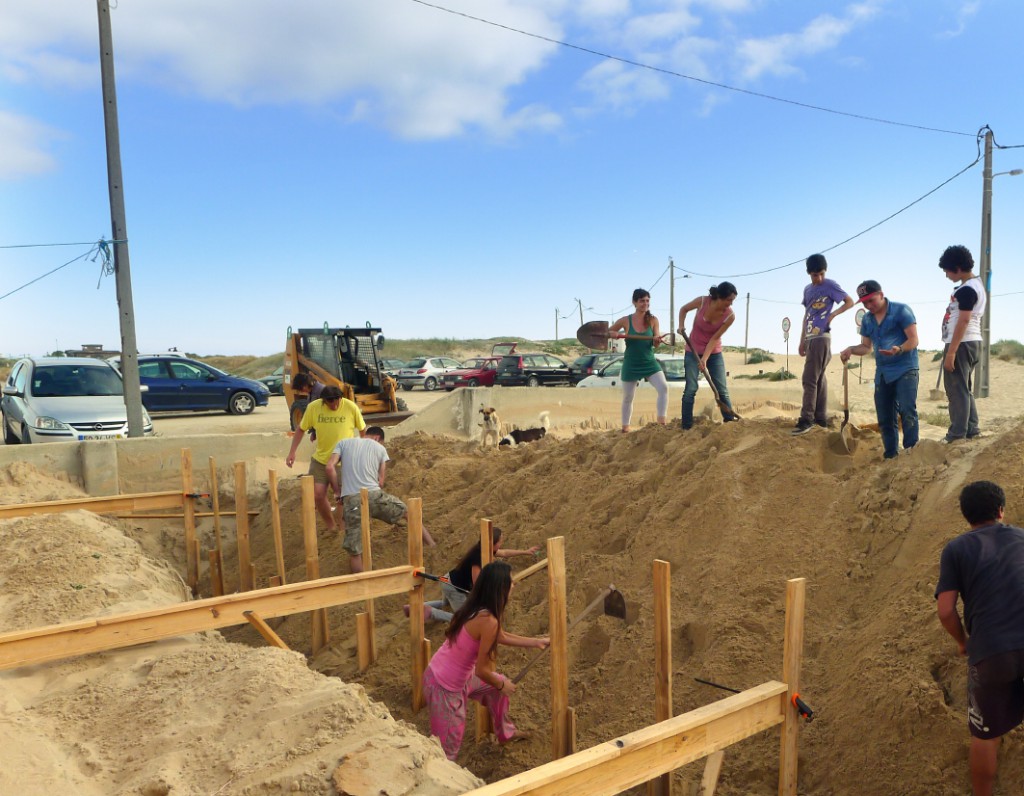 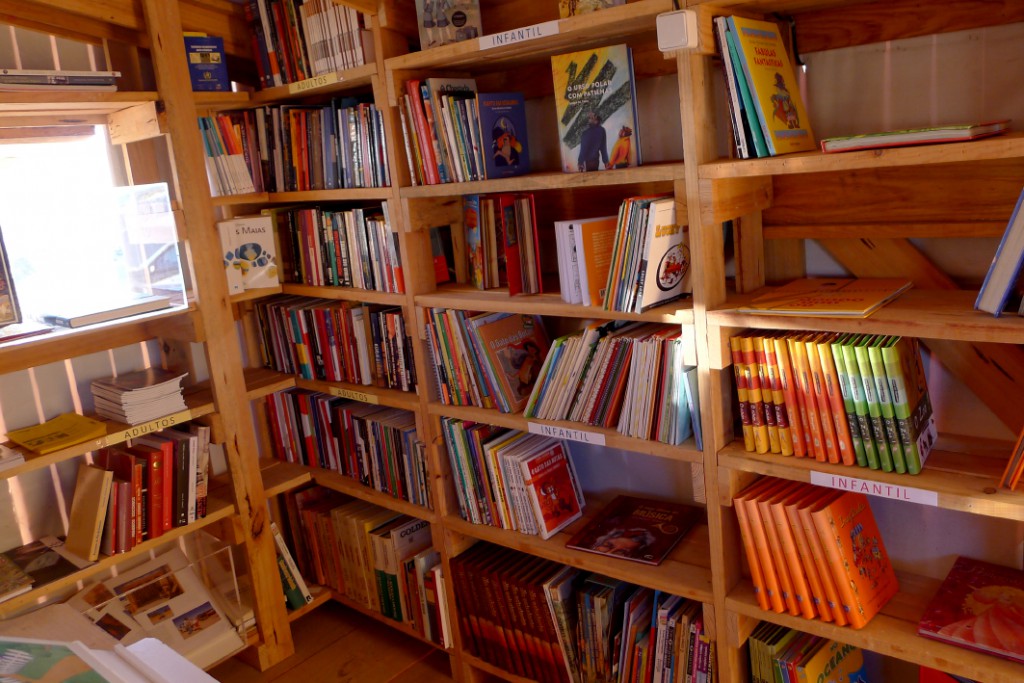 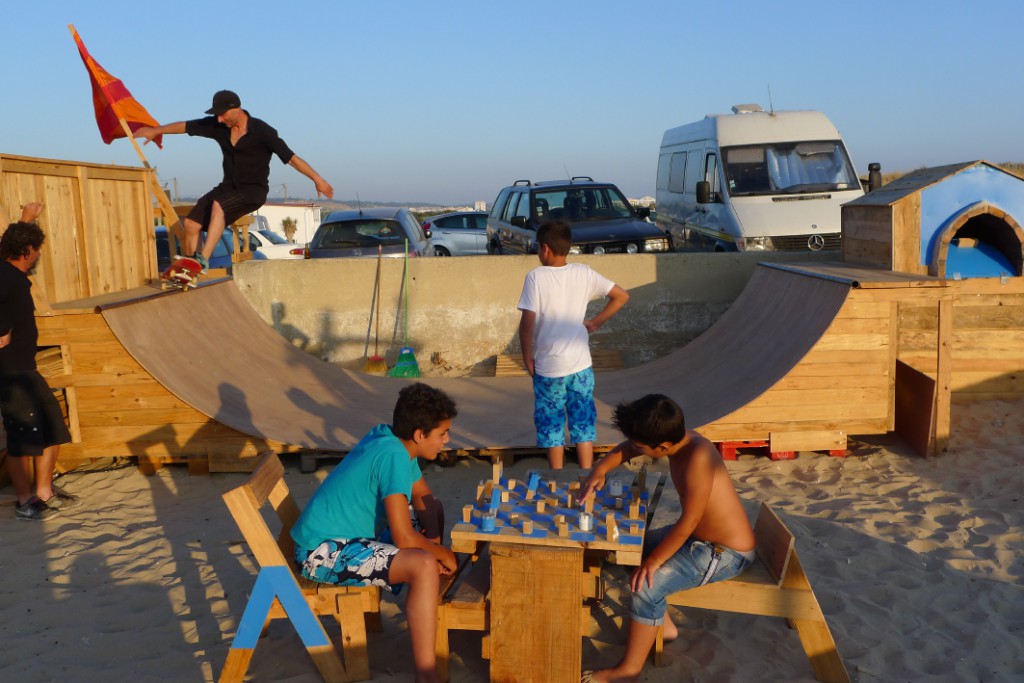 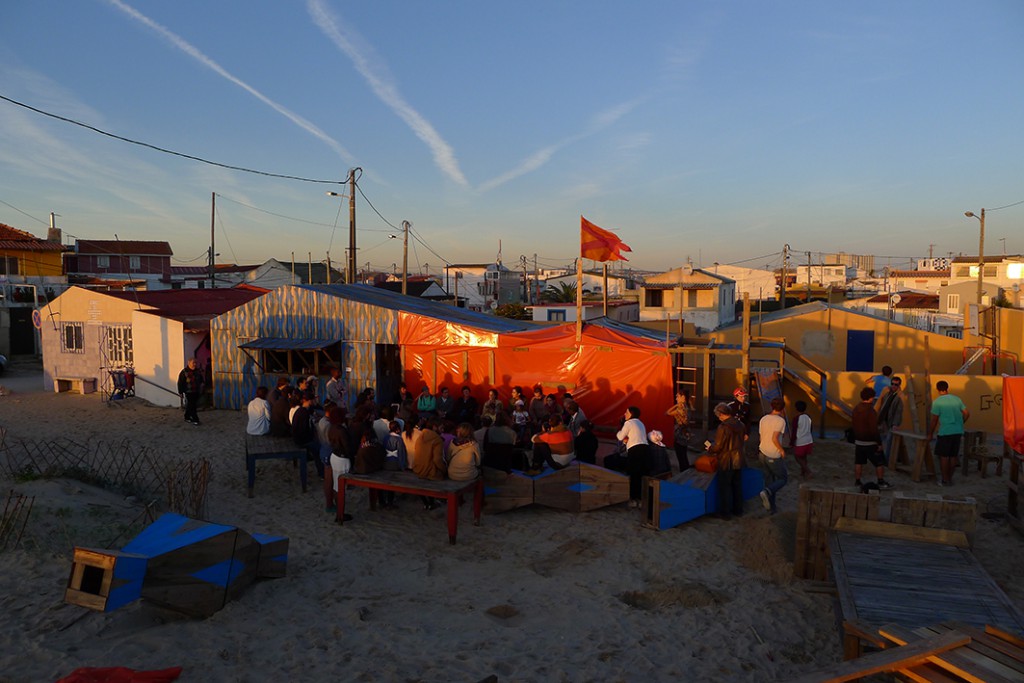 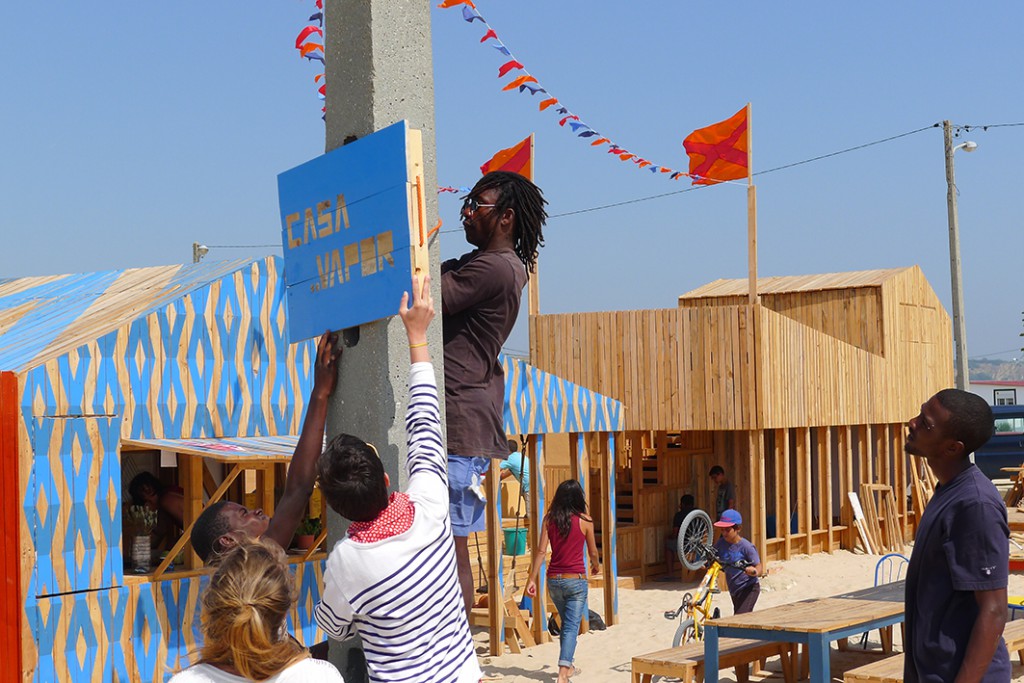 Alex Roemer (1972, Berlin) studied carpentry and architecture. He founded constructLab in 1998, a forum for participative design and building and initiated projects such as the construir juntos residency for the ECC 2012 and Casa do Vapor 2013. Since 2006 he joined Parisian collective EXYZT and worked on many projects, among them the French contribution to the 10th architecture biennial in Venice, a three-month living performance of inhabiting the pavillion. He also collaborates with Raumlabor.