Christ the King of Bling
– The Propeller Group 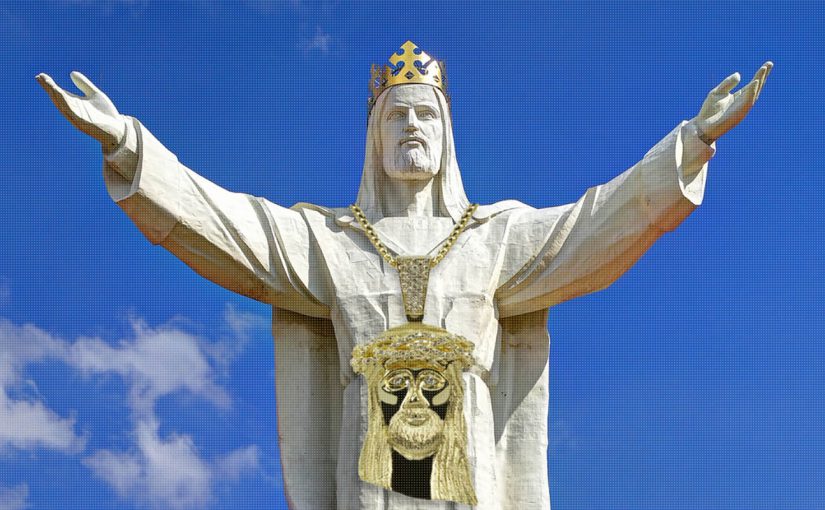 The Propeller Group embarks on an ambitious multi-faceted project to create the world’s largest Jesus piece [a term used for a cross, crucifix or image of Jesus Christ that is worn as jewelry]. Standing at over 2 meters in height, this gold and precious stone encrusted jewelry piece will find its final resting place around the neck of the newly erected King Of Christ monument in Poland, officially, the world’s largest Jesus statue.

In order to carry this out, The Propeller Group will bring two individuals together that otherwise would have no chance of meeting. Tito Caicedo, the O.G. [original] king of bling who has made some of the most extravagant jewelry for some of the most famous rappers. Tito meets, Rev. Sylwester Zawadzki, a 78 year old retired Polish priest and designer of the largest Jesus statue in the world. A $1.45 million project in Swiebodzin, Rev. Qawadzki says of the statue, “I hope this statue will become a remedy for this secularization. I hope it will have a religious mission and not just bring tourists.” 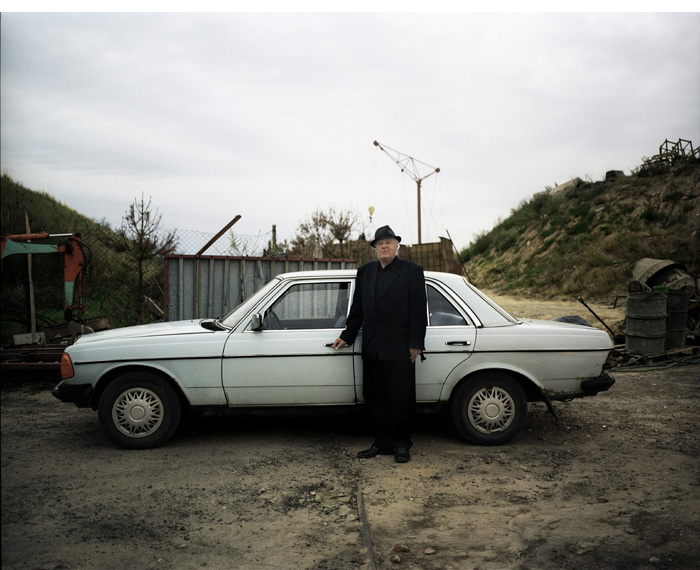 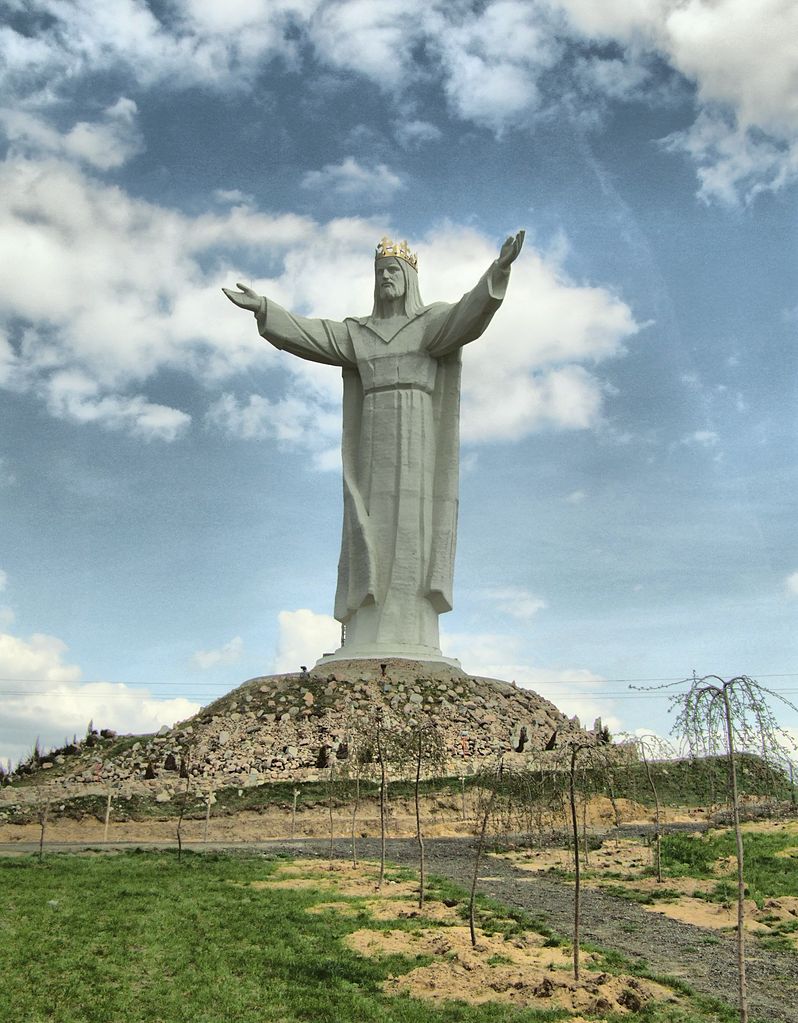 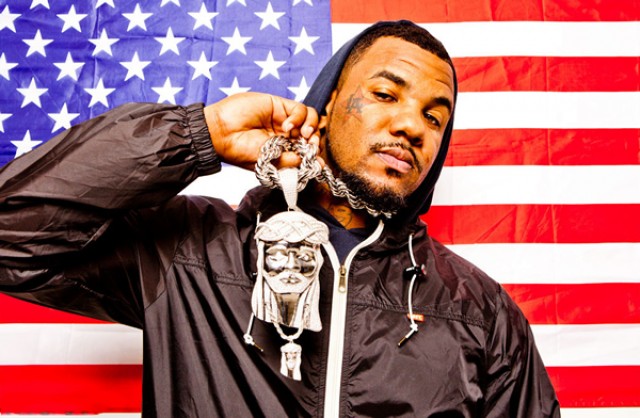 The Propeller Group merges these social movements in politics with the trend of the “Jesus piece” phenomena in rap culture. Rappers, coming into extreme wealth, create ostentatious custom pendants in the shape of Jesus as a show of their wealth and possibly a show of their belief in the higher spirit. The bigger and more expensive the pieces, the better. But Jesus was just the beginning; rappers now create pendants in their own image. This is all too similar to the cult of personality leaders. This body of work unites these two trends of powerand ostentation, coming together to explore the paradox of power.
Hip hop and religion have a strongly intertwined history. From the hardest gangsta rappers to hip-hop pop artists, blinged out Christian symbols appear in music videos, on the red carpet and at music award ceremonies. Second only to the crucifix, the Jesus head pendant has appeared around the necks of this generation’s most celebrated artists, including Kanye West, Jay-Z and Biggie, as well as hero-worthy athletes like Lebron James.

A small town in western Poland has erected a statue of Jesus that workers say is now the world’s largest – even larger than the Christ theRedeemer creation in Rio de Janeiro, Brazil. It was funded by donationsfrom local business people and other residents who wanted to make a contribution to the church and also create a tourist draw to bring money into their community.

The statue is 33 metres high — one metre for every year Jesus lived. A golden crown adds two more metres, while a huge mound it sits on takes the whole height to just over 51 metres.

The project has faced numerous problems along the way, the “builder priest,” as Sylvester Zawadzki is known, has had to persuade a skeptical bishop to let him go ahead with it. Government officials also suspended the project for some time, fearing that its size made it unsafe. 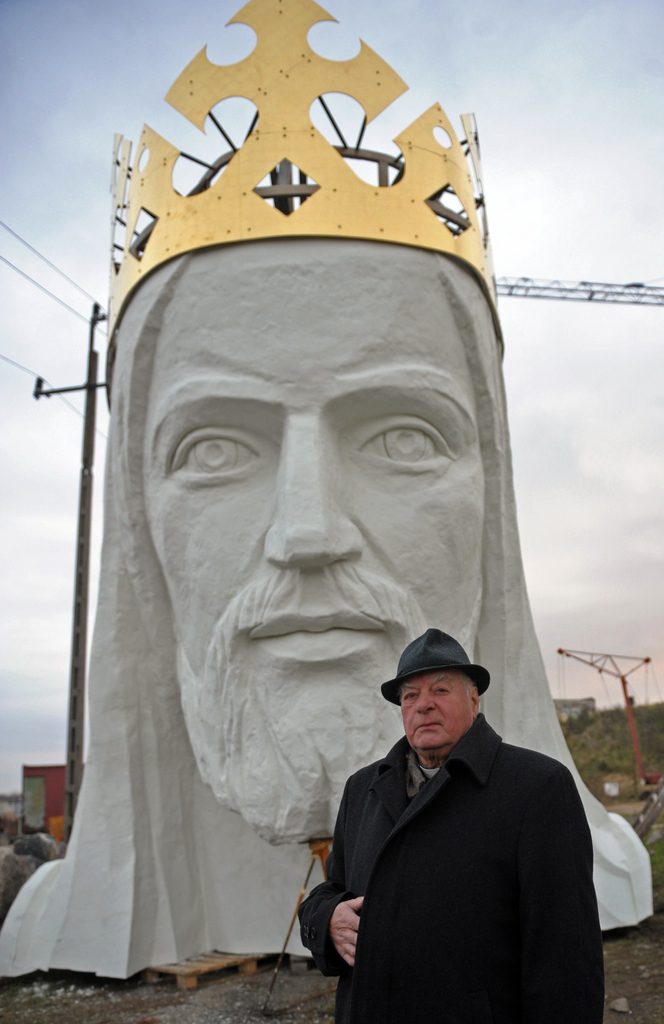 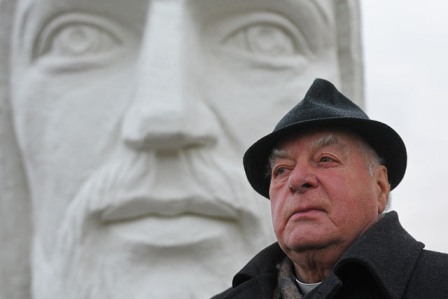 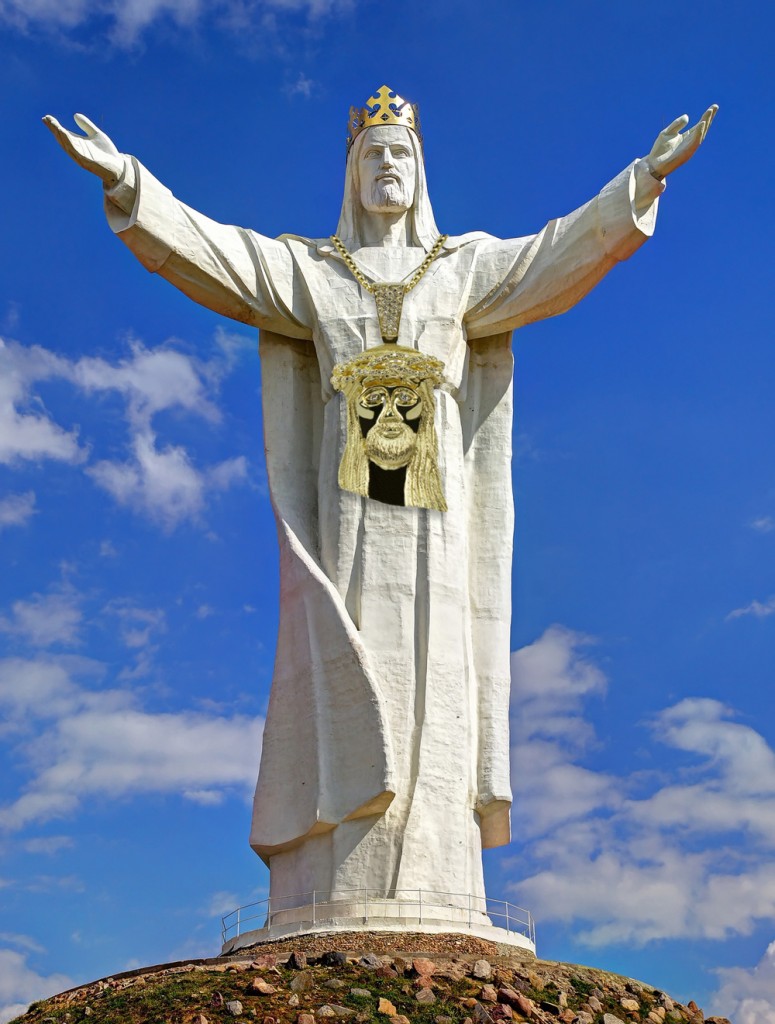 “The Propeller Group was established in 2006 as a cross-disciplinary structure for creating ambitious art projects. With backgrounds in visual art, film, and video, Phunam, Matt Lucero, and Tuan Andrew
Nguyen created the collective to harness the synergetic spirit encountered in large-scale production efforts. Through multi-platform work, collaborations with other artists, and dual headquarters in Ho Chi
Minh City, Vietnam and Los Angeles, California, The Propeller Group is able to integrate many resources and idiosyncrasies in their practice, which expose the strategies of the type of global agency their name suggests.” Ethan Swan