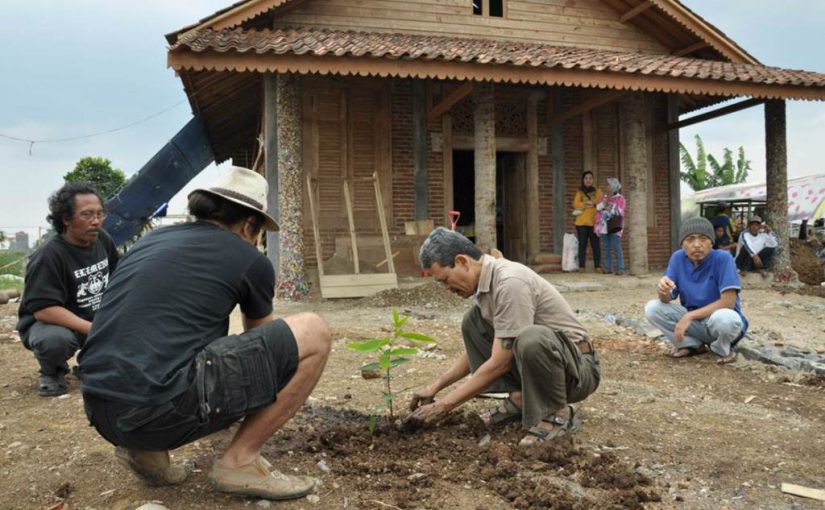 Buying land and building a space called the Cultural Center is unremarkable except for the ripple effect of what the venue has created. An advocate for the protection of the environment, Tisna Sanjaya’s current on-going artwork centres on Cigondewah, a place west of Bandung, which re-establishes connections, makes relationships and is a place that kindles meanings. The rapid growth of industrialisation and capitalism has affected the livelihood of the villagers and caused the environmental destruction of Cigondewah. While paddy fields and greeneries were part of Cigondewah’s history, it has since faded from the residents’ collective memory. Appropriating the role of a home-owner, Tisna Sanjaya’s artwork, the Cultural Center (2007 to present) is based on an understanding of a complex system rather than working and defining the exact art medium. Facts and processes are entwined in the effort to develop a deeper intuitive relationship with the site, history and community. It includes other disciplines such as natural and physical sciences, industry, community and cultural activities. Tisna is clear with his aim of buying the land and building the Cultural Center, a renegade approach to reclaiming privatised environment for the public realm. Like the avant-garde predecessors, the artist irreverently stretched the boundaries of art-making, eroding the gap between art and life. 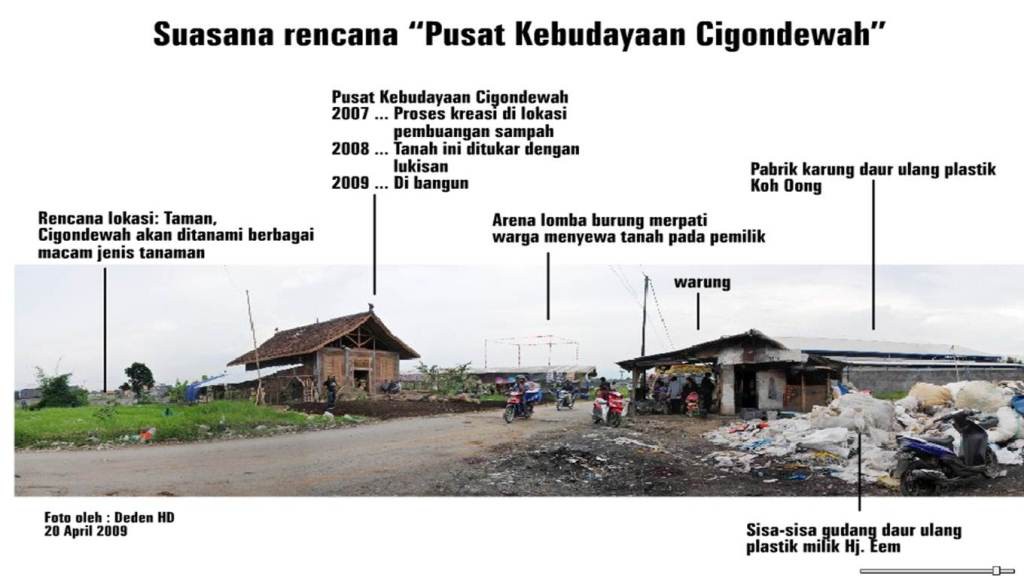 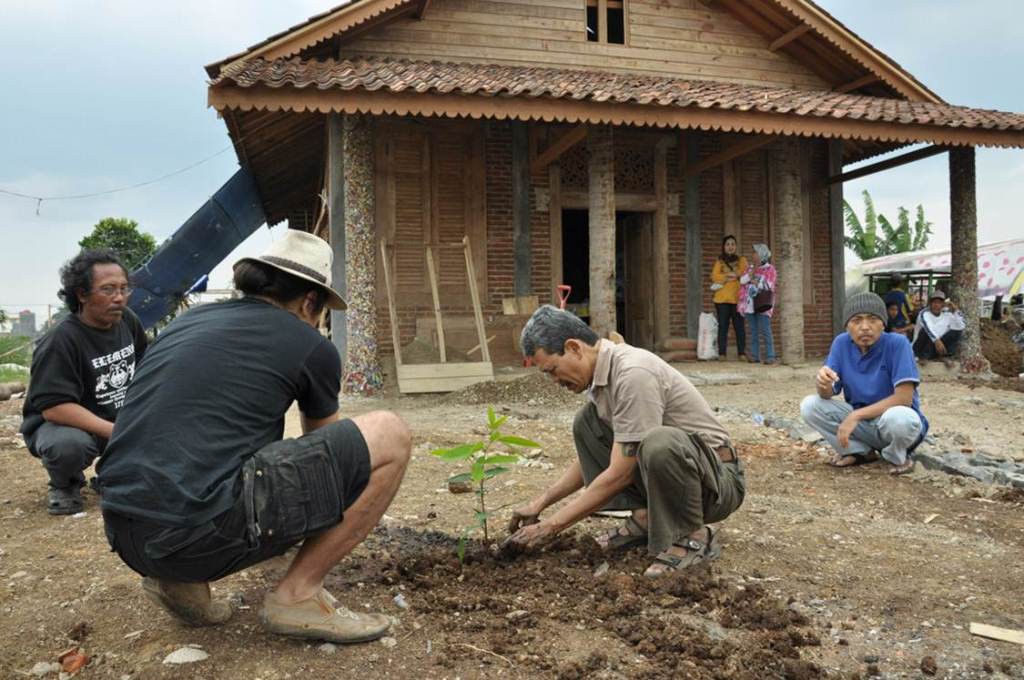 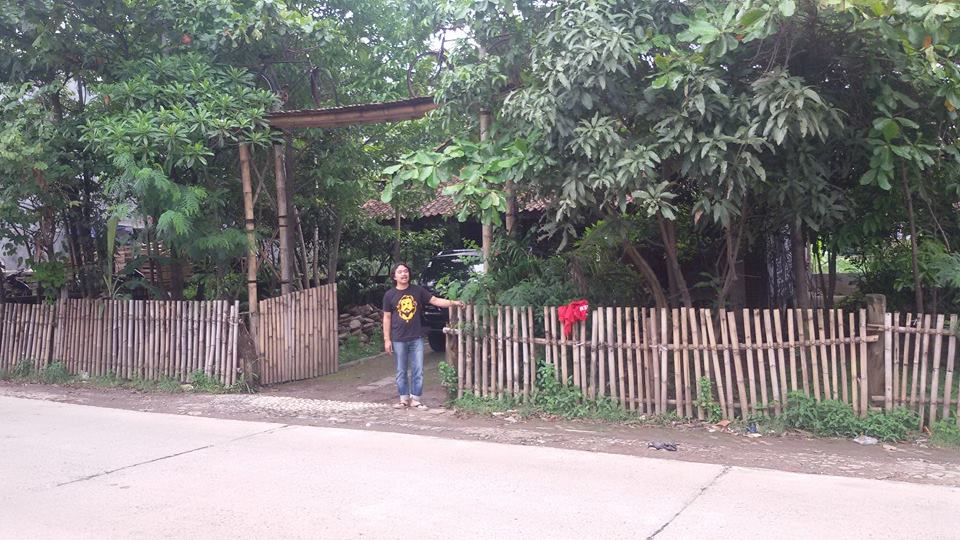 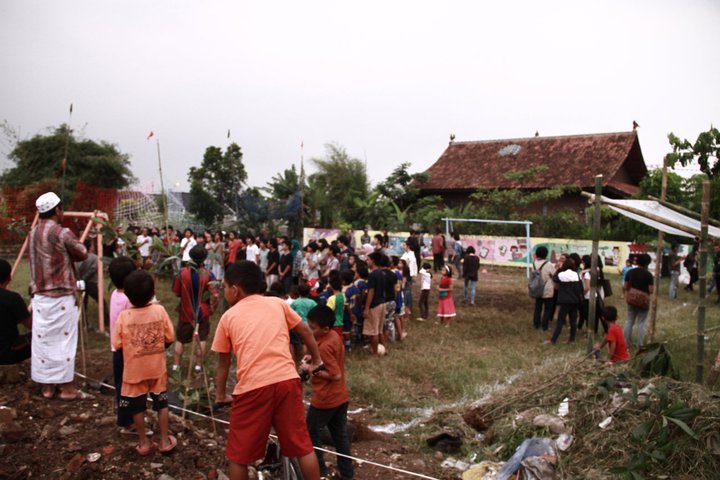 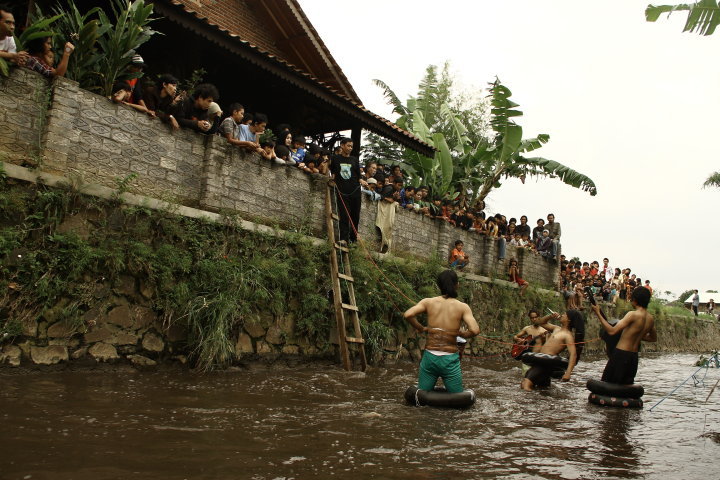 Tisna’s work encompasses visual and conceptual public art, print, performance, and urban and social intervention. His work process is based on the findings from his field research carried out in an organic manner, often having conversations with former farmers who had lost their livelihood after selling their land. Many of Tisna’s works reflect these social concerns and situations, and the choice of materials used is specific to convey an intrinsic value and message.