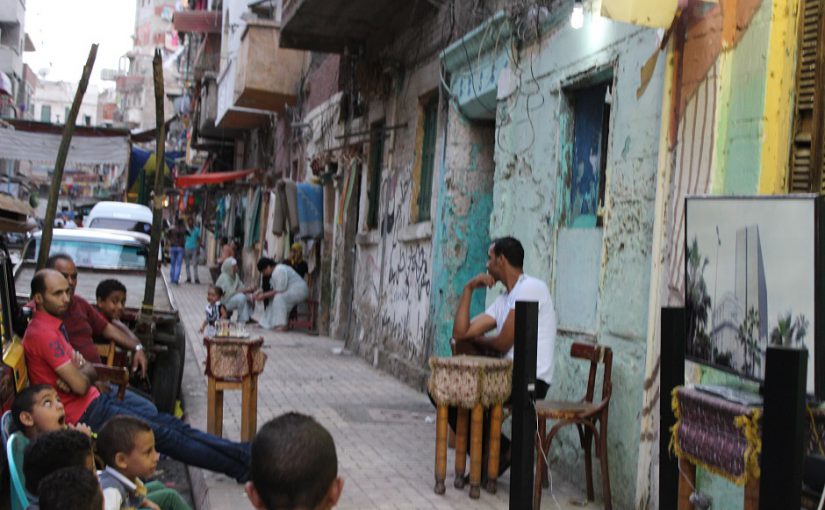 Introducing new types of movies to Egyptian society, types they know nothing about (independent, alternative, young film-makers’ movies, and movies made in countries Egyptians are not used to seeing or following).
Cinema Everywhere screens long and short movies (feature, experimental, documentary, animation).

Cinema Everywhere takes responsibility to fulfil the film-makers’ dreams of having their movies watched by a new audience through spreading the picture’s culture in order for the new audience to get to know this kind of movie and what ideas, aesthetics, culture and art these movies show, and what problems or issues they discuss.

Cinema Everywhere holds screenings in Egypt’s districts and cities because its target is to construct an audience for this kind of cinema so that in the near future this audience will go to traditional movie theatres to watch these movies. (Target audience is the common people; those that are not cultured, are culturally deprived, marginalised and also the disabled.)

Cinema Everywhere uses simple and available means and equipment which form a microcosm of the traditional movie theatre; they are easy to pack and move. Since there are no movie theatres for this kind of movies, Cinema Everywhere searches for uncultured spaces to use as alternative screening places. Our target is to be watched in each screening by new audience who goes to these spaces, and is there as if at random. Also, these spaces have to be unoccupied by any art or cultural activities. These spaces are streets, cafes, local clubs, syndicates, schools, universities, NGOs, houses for the disabled or any other space that can be turned to an alternative screening space. 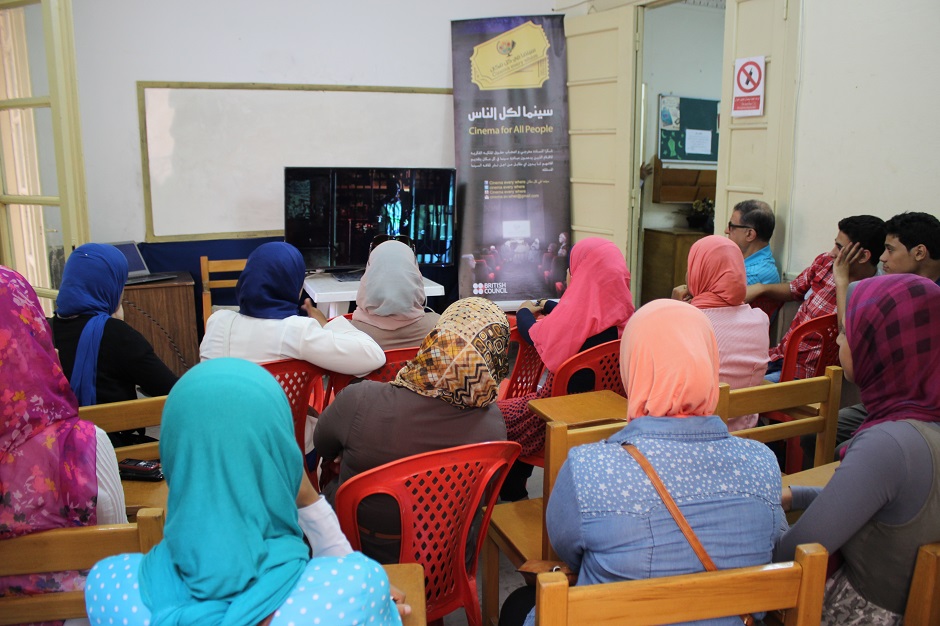 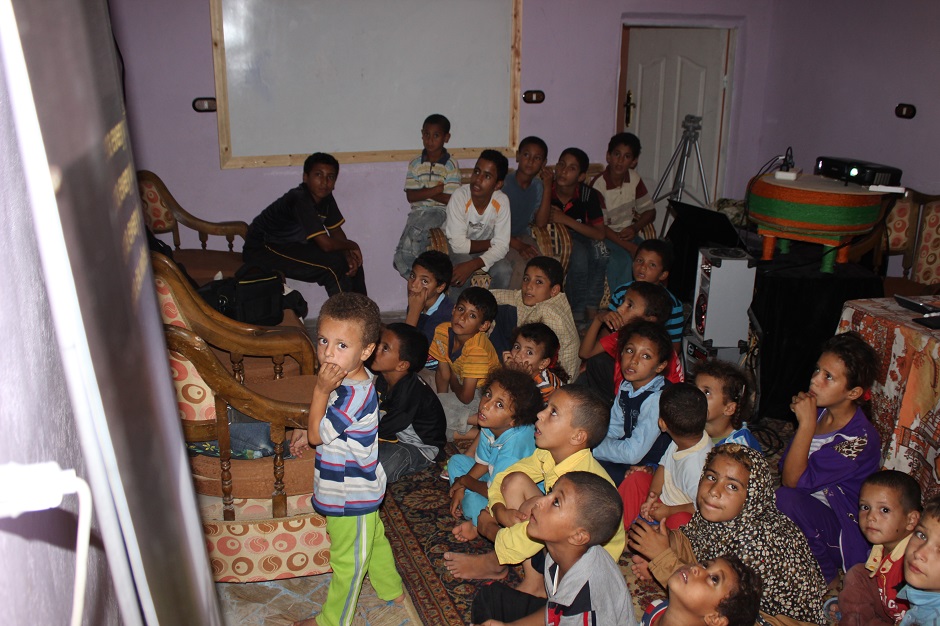 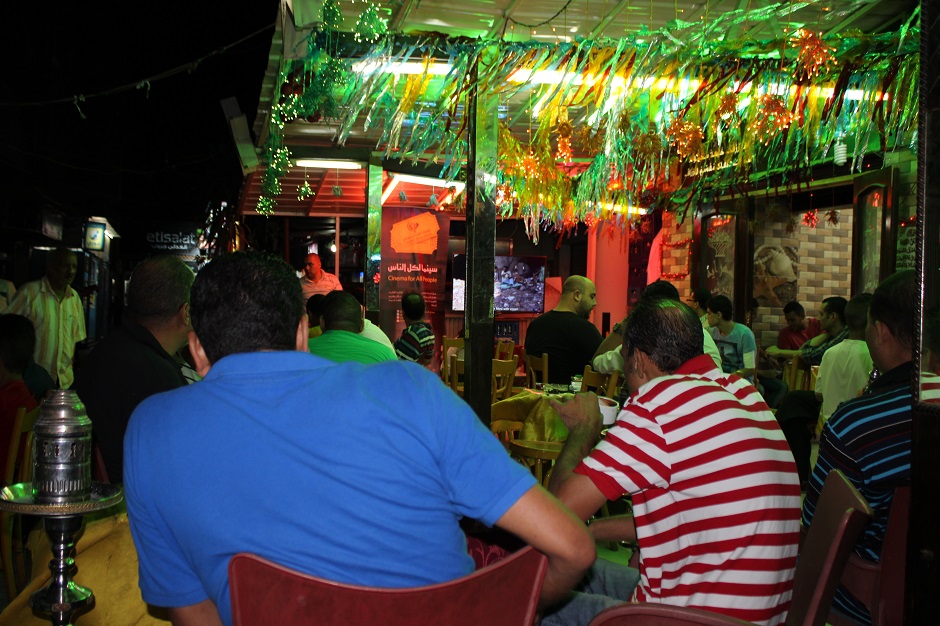 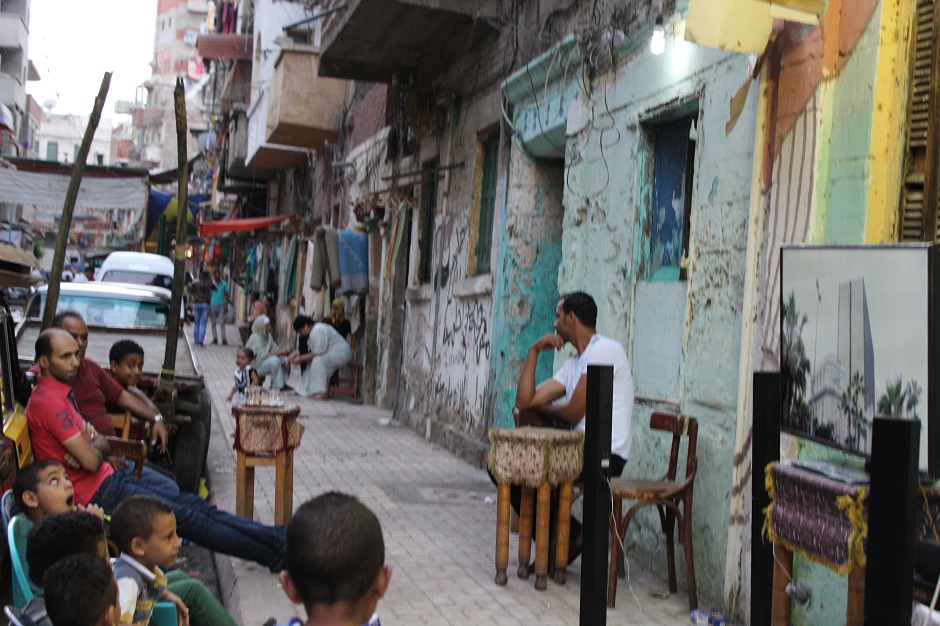 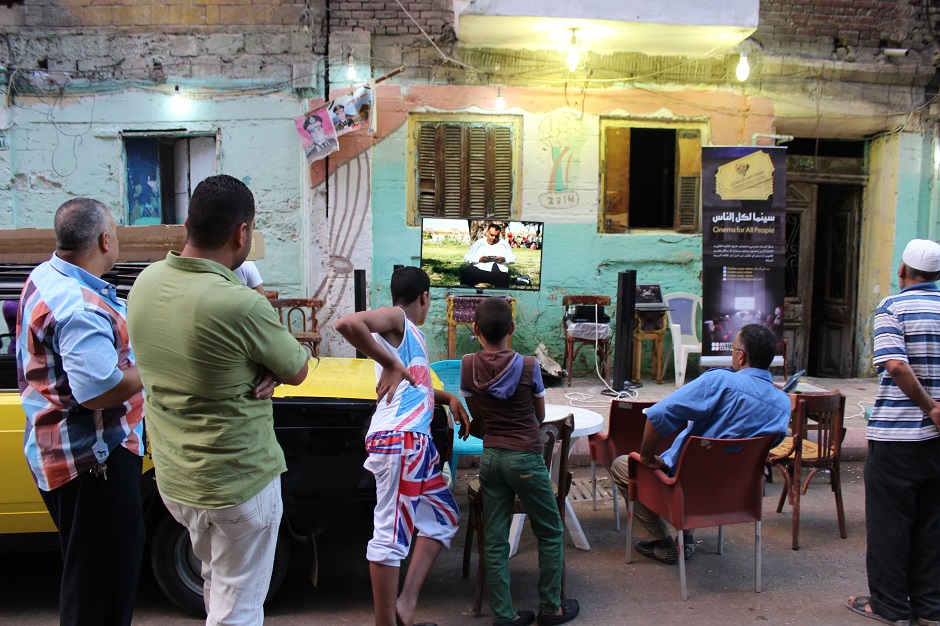 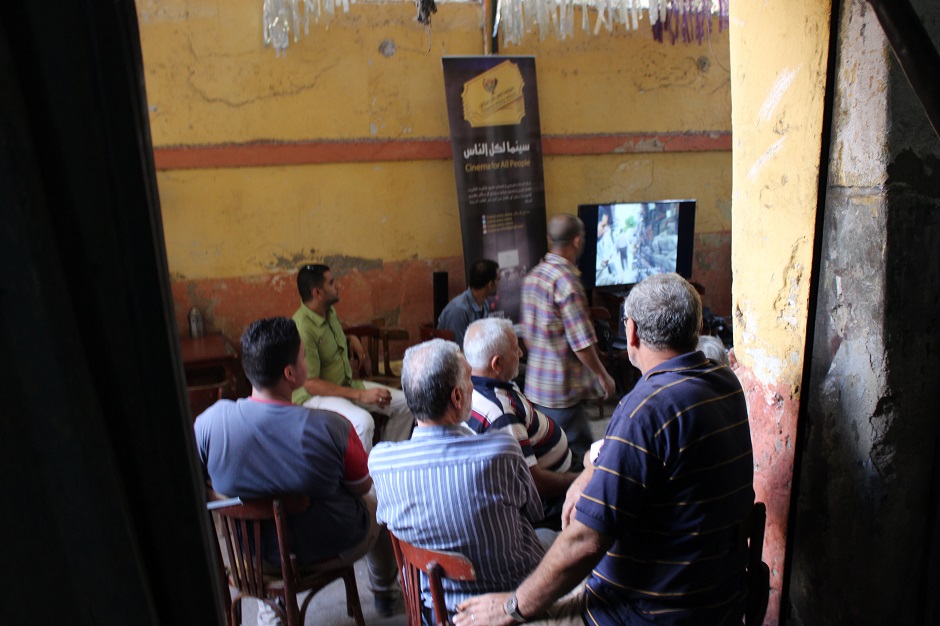 Waguih El laqany is an independent actor and culture manager, and has participated as an actor, volunteer, production manager and coordinator in a lot of local and international artistic projects which have taken place in Egypt. He is studying culture management at Cairo University. He has been awarded many prizes for being an actor and culture activist for spreading culture among the culturally marginalised people in Egypt.