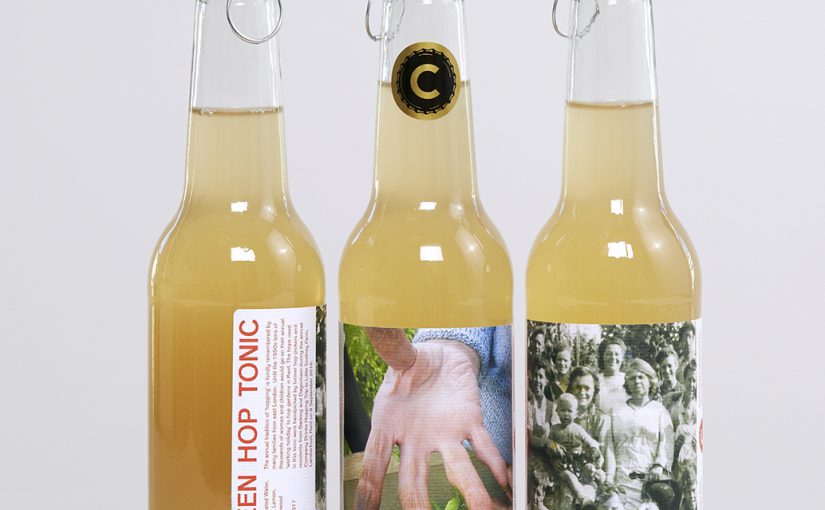 Company Drinks is art in the shape of a community enterprise, organized around a collective production cycle, from growing to picking, making, trading and reinvesting.
We use business as a means to practice and (re-)produce a new collective public space which welcomes complexity, contradiction, and difference. Economy is reclaimed as a cultural realm, and we counteract the dominant capitalist rational with inter-generational collectivizing and commoning.
Company Drinks is rooted in the history of tens of thousands of working-class families from east London, who until the 1950ies worked as seasonal hop-pickers in the nearby countryside. These “Hopping” days are remembered by many as a temporary matriarchy where economics meets feminine camaraderie, inner city living connects with the rural, and social time is linked to collective making.
Company Drinks started in 2014 in the east London Borough of Barking & Dagenham, with the simple invitation to go picking again, but this time we would keep what we pick and make our drinks. Recent shifts in demographics (multi-ethnic society) and geography (no more clear rural-urban divides) are reflected in who goes picking today and where we go picking. Every year more than 1200 locals come to trips in their urban neighborhoods and nearby farms. We produce an annual range of 20.000 drinks, which are sold locally for £1 and in central London for £3.
Company Drinks is community led, and desires translate into new activities, such as monthly hopping reminiscing afternoons, a growing club, communal Digesting Politics lunches and the newly opened Centre for Plausible Economies.
Company Drinks was set up by east London based artist Kathrin Böhm from Myvillages. The labels on the bottles document what we do. 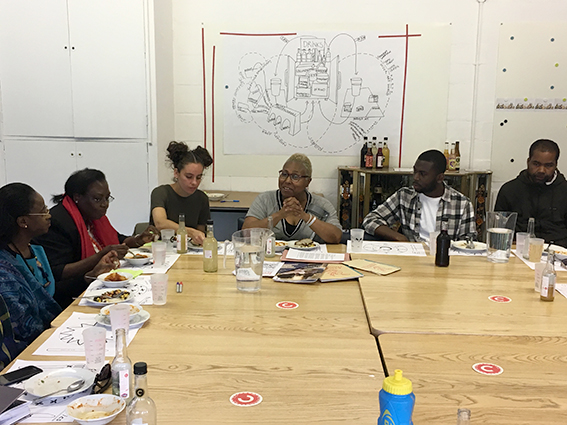 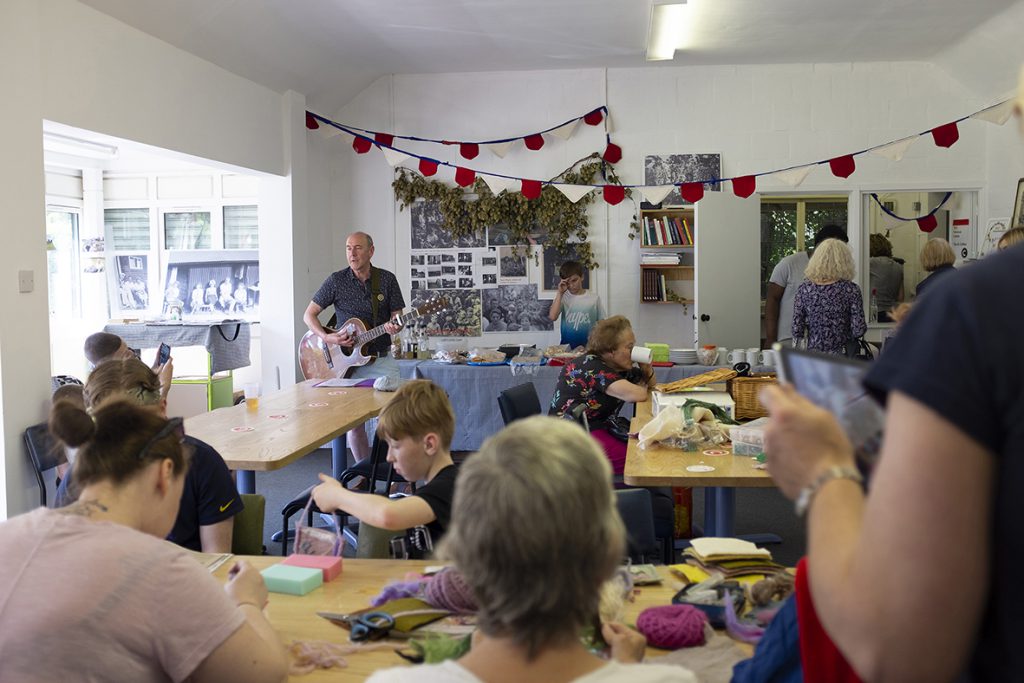 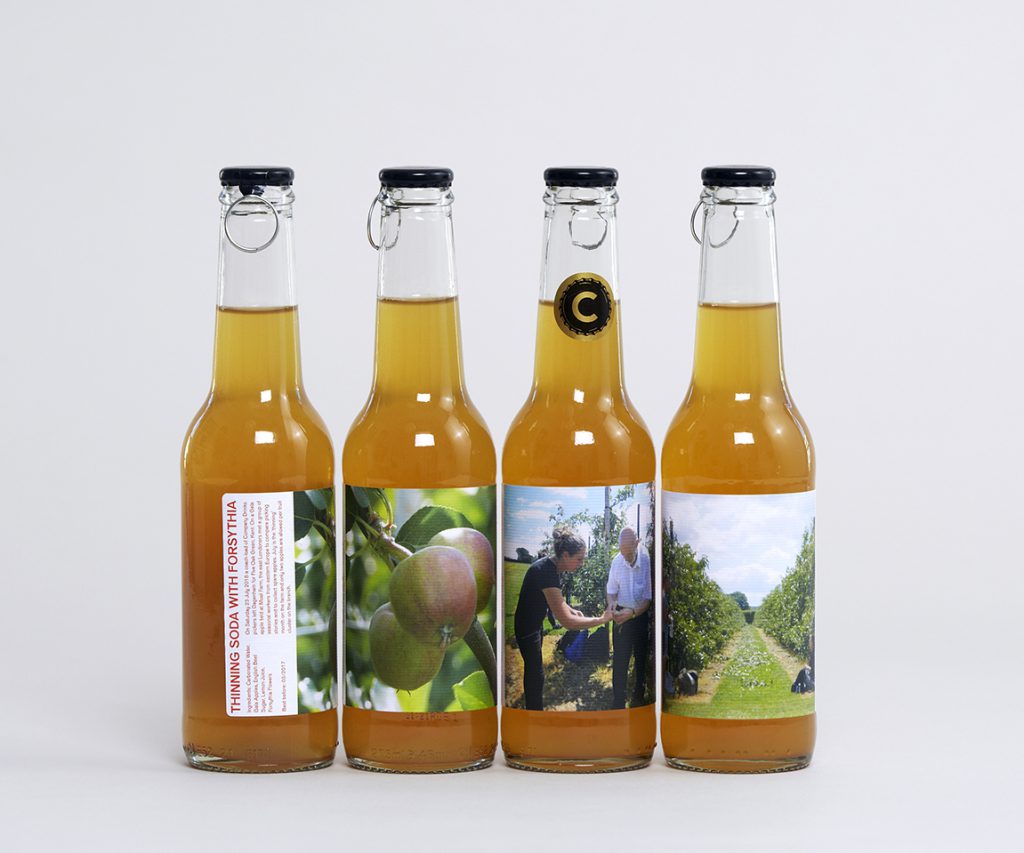 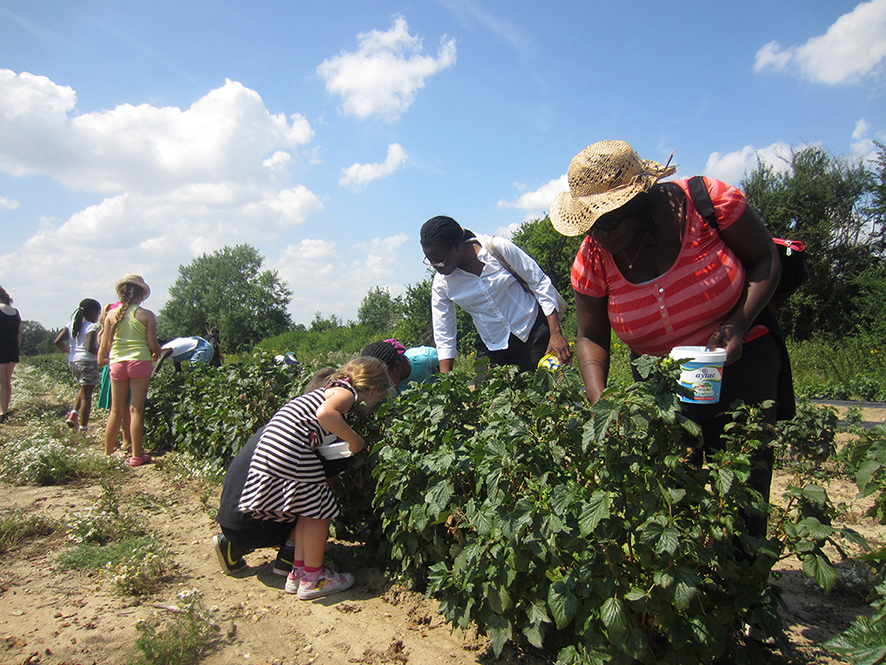 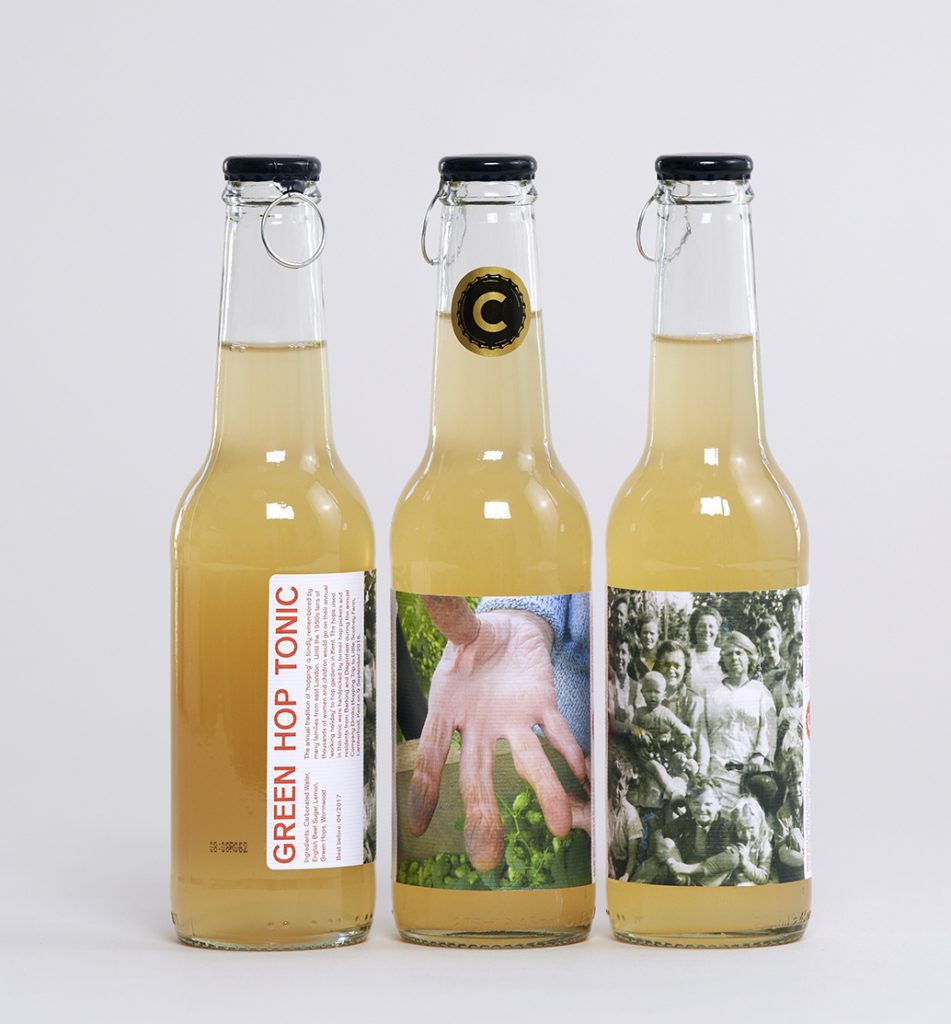 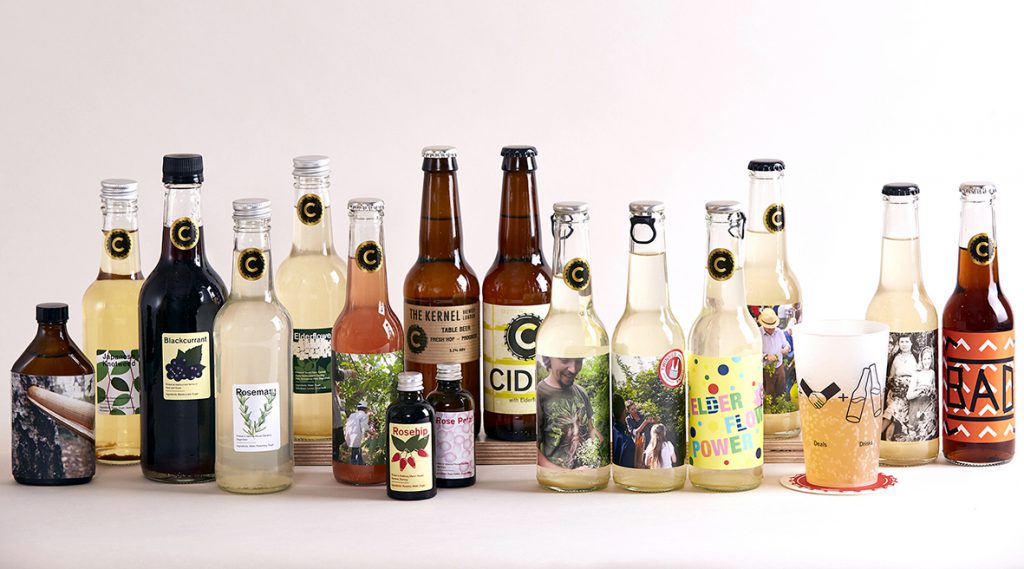 International artist initiative Myvillages (since 2003) addresses the evolving relationships between the rural and the urban through their work rurally and in the art world, e.g., at the V&A Museum, Gallery for Contemporary Art Leipzig and Moscow Biennial.
Böhm has a specific interest in the production of public space and economy as a cultural realm. Related projects are Park Products for the Serpentine Gallery, Trade Show for Eastside Projects Birmingham and Company Drinks at Frieze London.