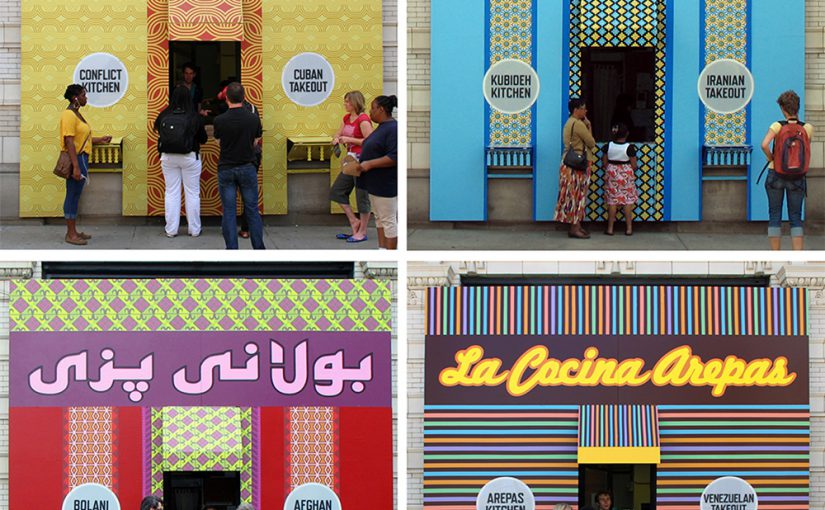 Conflict Kitchen is a public artwork in the form of a restaurant that serves cuisine from countries with which the United States is in conflict. Each Conflict Kitchen iteration is augmented by events, performances, publications, and discussions that seek to expand the engagement the public has with the culture, politics, and issues at stake within the focus region. The restaurant rotates identities in relation to current geopolitical events.

Our current Palestinian version introduces our customers to the food, culture, and politics of Palestine. Developed in collaboration with Palestinians in Palestine and Pittsburgh, our food comes packaged in wrappers that include interviews with Palestinians on subjects ranging from culture to politics. As is to be expected, the thoughts and opinions that come through the interviews and our programming are informed by personal perspective and history. These diverse perspectives reflect a nuanced range of thought within each country and serve to instigate questioning, conversation, and debate with our customers. There are multiple levels of invitation and engagement to the project, creating a diverse and broad ecosystem of participants.

Operating seven days a week in the middle of the city, Conflict Kitchen uses the social relations of food and economic exchange to engage the general public in discussions about countries, cultures, and people that they might know little about outside of the polarising rhetoric of governmental politics and the narrow lens of media headlines. In addition, the restaurant creates a constantly changing site for ethnic diversity in the post-industrial city of Pittsburgh, as it has presented the only Iranian, Afghan, Venezuelan, North Korean and Palestinian restaurants the city has ever seen. 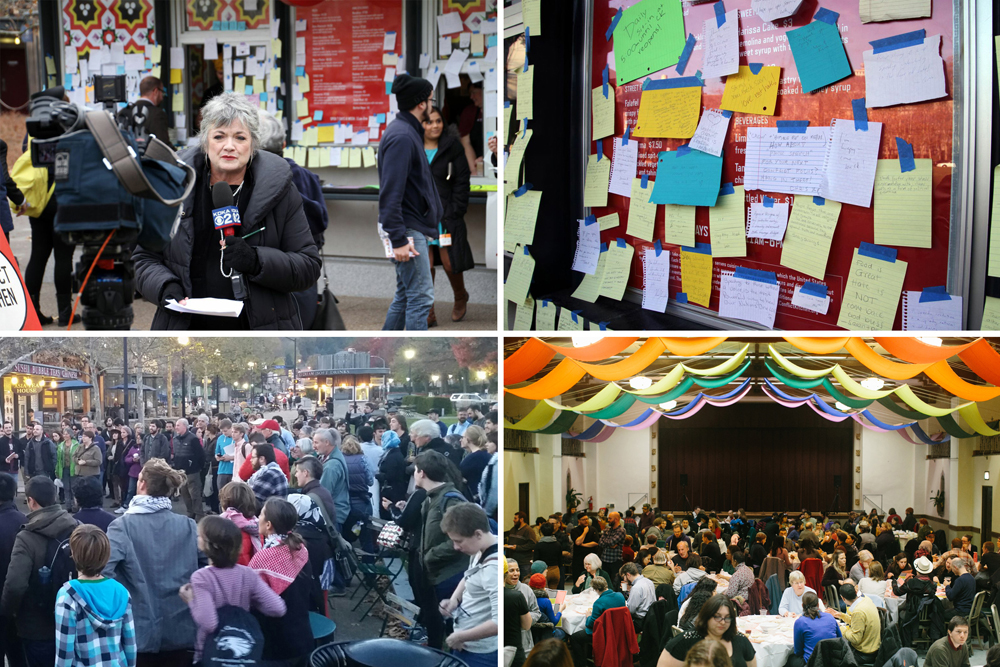 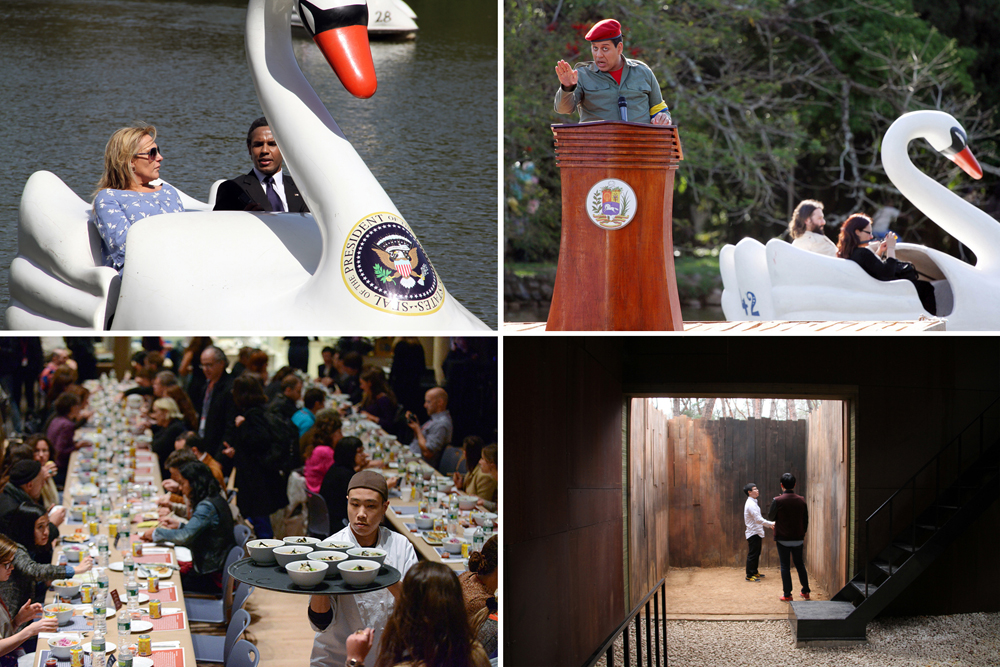 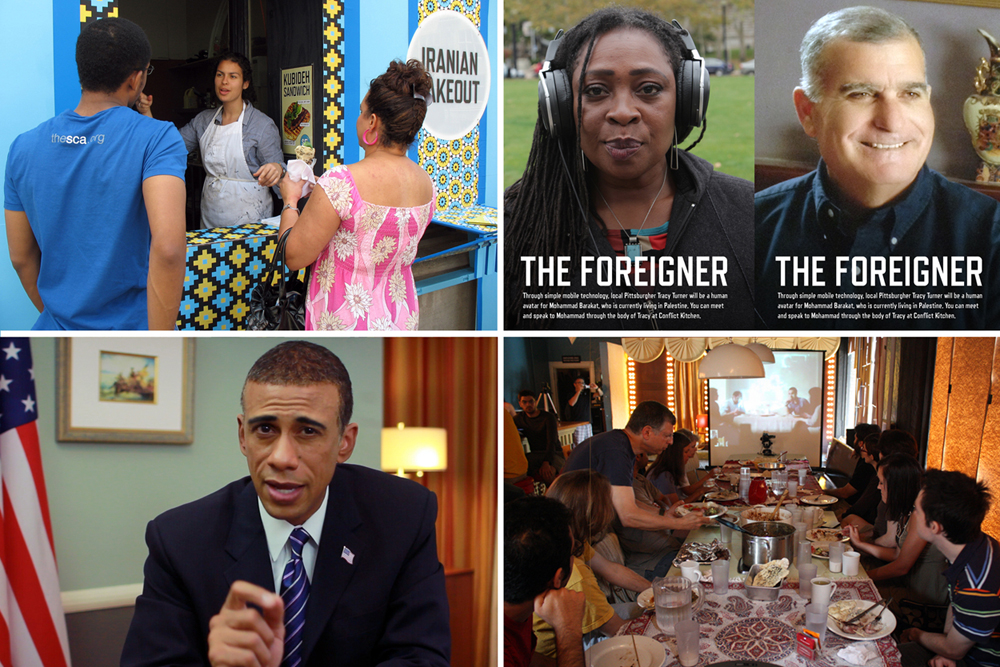 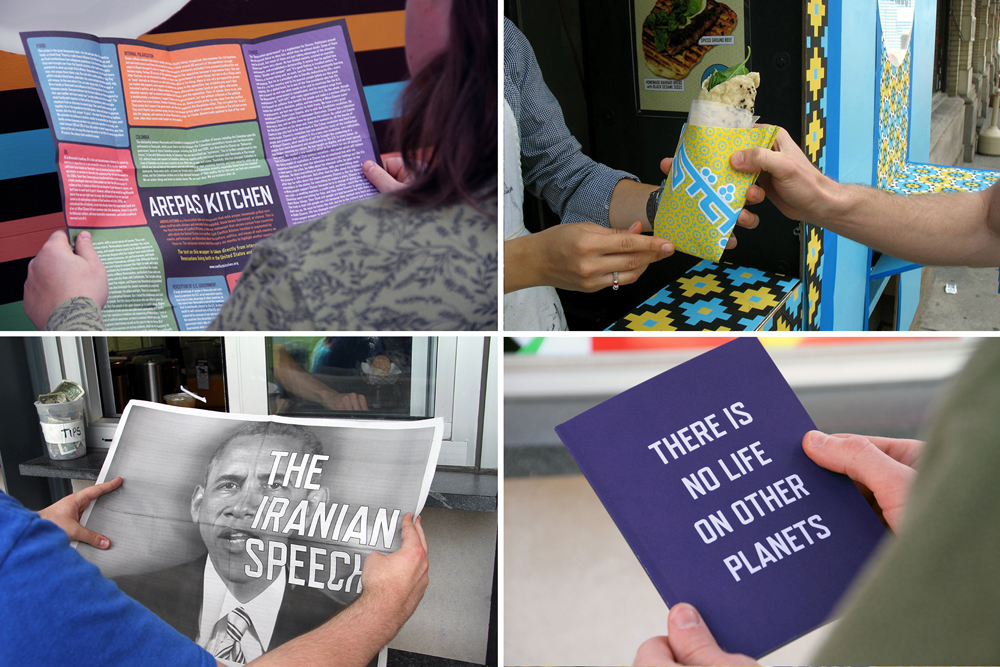 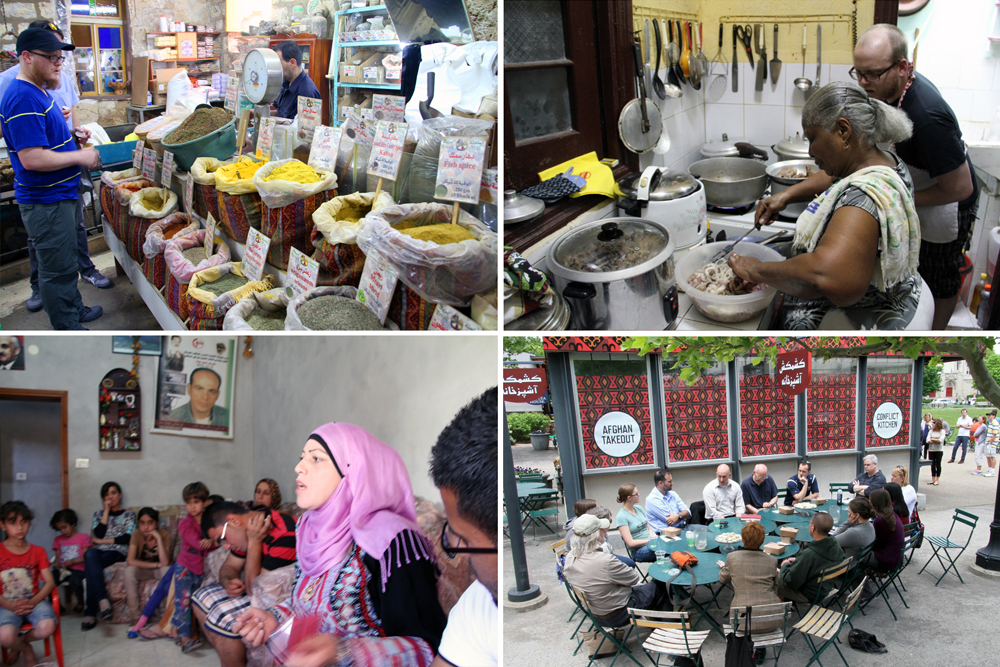 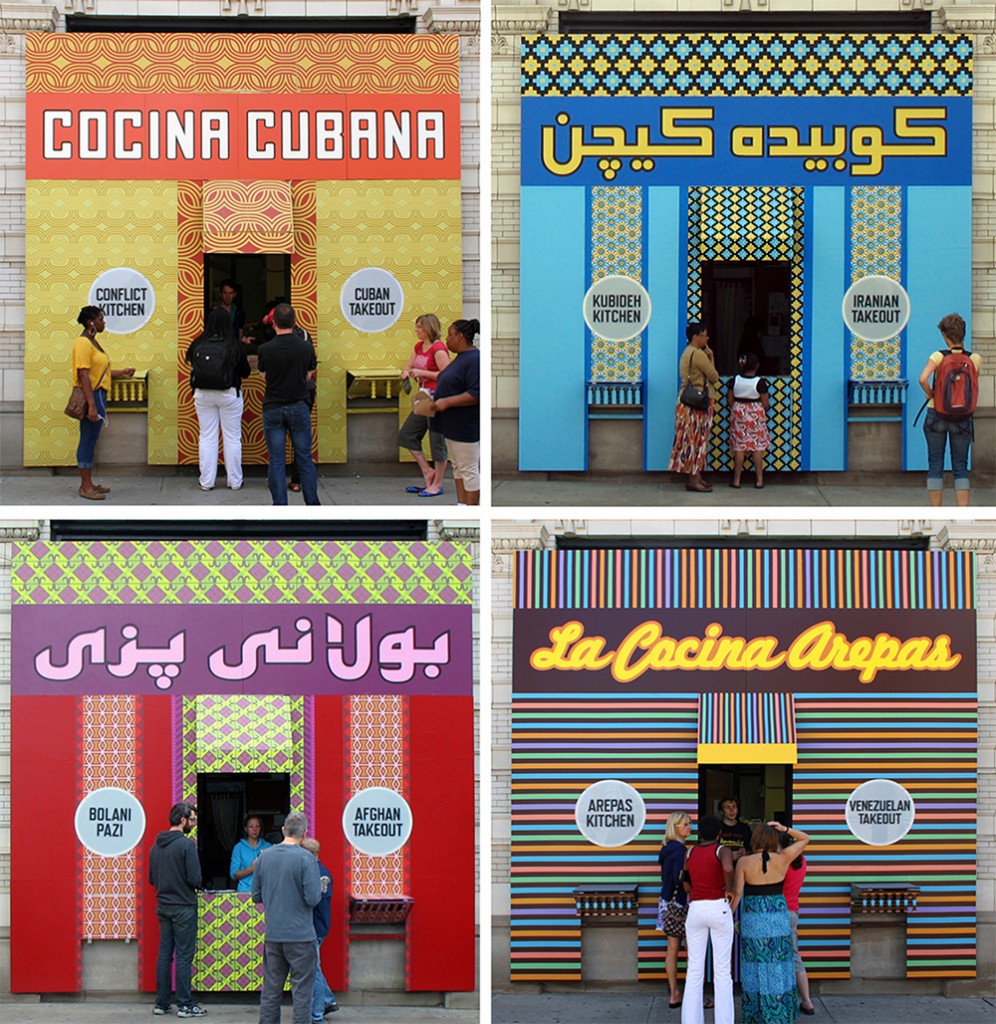