Convention on the Use of Space-White Paper: The Law
– Adelita Husni-Bey 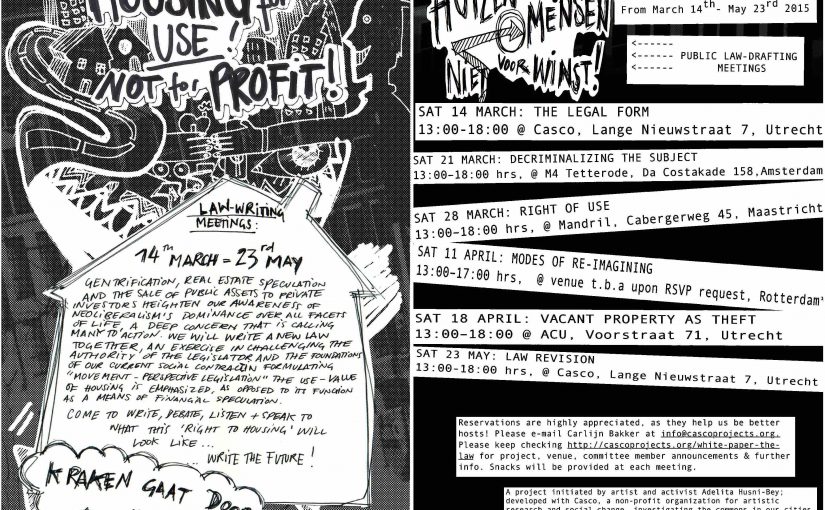 The criminalization of squatting, gentrification, real estate speculation, rising rent-wage ratios and the sale of public assets to private investors are facets of an ideological shift which sees the millennial apparatus of private property reign over any other kind of stipulation. White Paper: The Law (2015) is holding public meetings to write a functioning, legally-binding convention on the use-value of housing with a focus on squatting, while problematising the manner in which law functions in relation to citizenship, democracy and precarity. Currently developed with Casco (presently co-funded by the ECF), it focuses on contesting the enclosures of private property imposed by squatting bans in Europe that foreclosed the means of affordable housing and rent-free space for living and civil disobedience. Paid ‘committees’ are called upon to write a part of the convention in different cities across the country, after a research period with a local organisation. The meetings are held in different locales (squats, local arts and activist spaces) always involving new publics. The only constant members are the artist and a jurist who works in the field who helps to put the thoughts of those present into legally binding terms. Those who are usually excluded from the drafting of such documents, such as students, squatters, sans-papiers and precarious workers are invited to take part. The process is documented with audio, photography and process-displaying posters that articulate the intricacies of reaching consensus. Once the convention is revised and agreed upon it will serve as a contracting document between parties (municipalities, states, cities, groups and legal entities) who will have the legal capacity to use the document as a binding guideline. 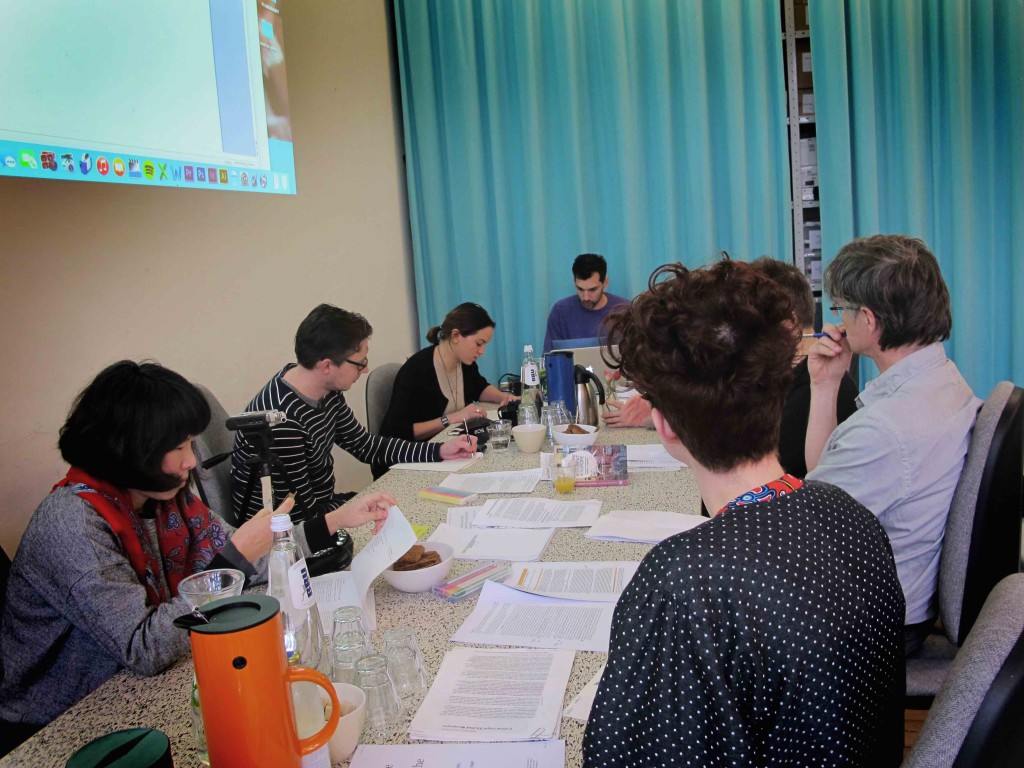 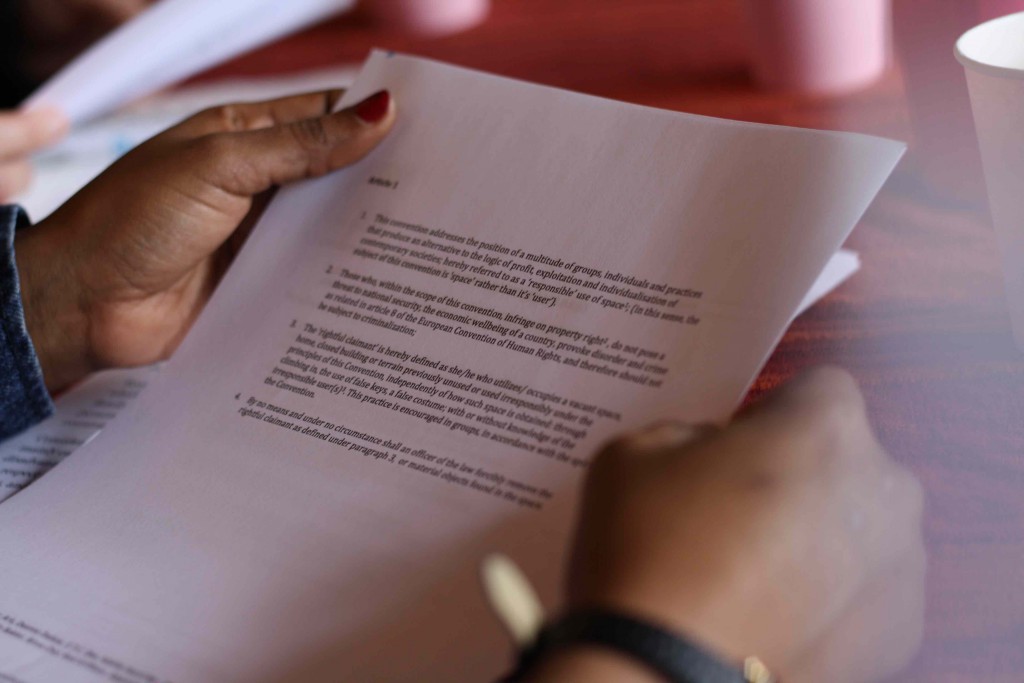 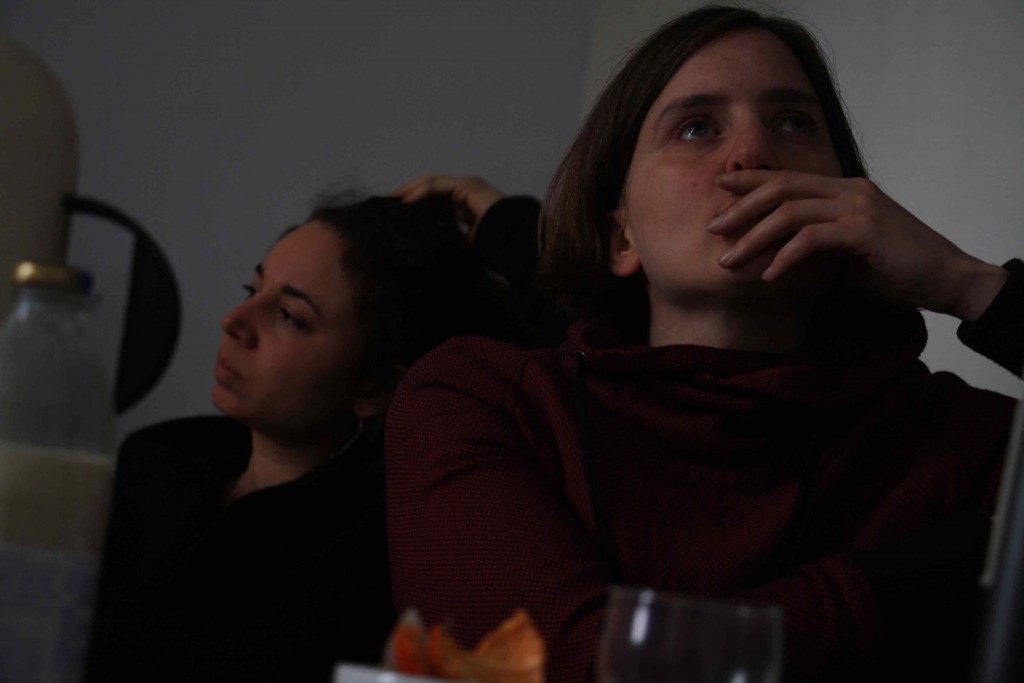 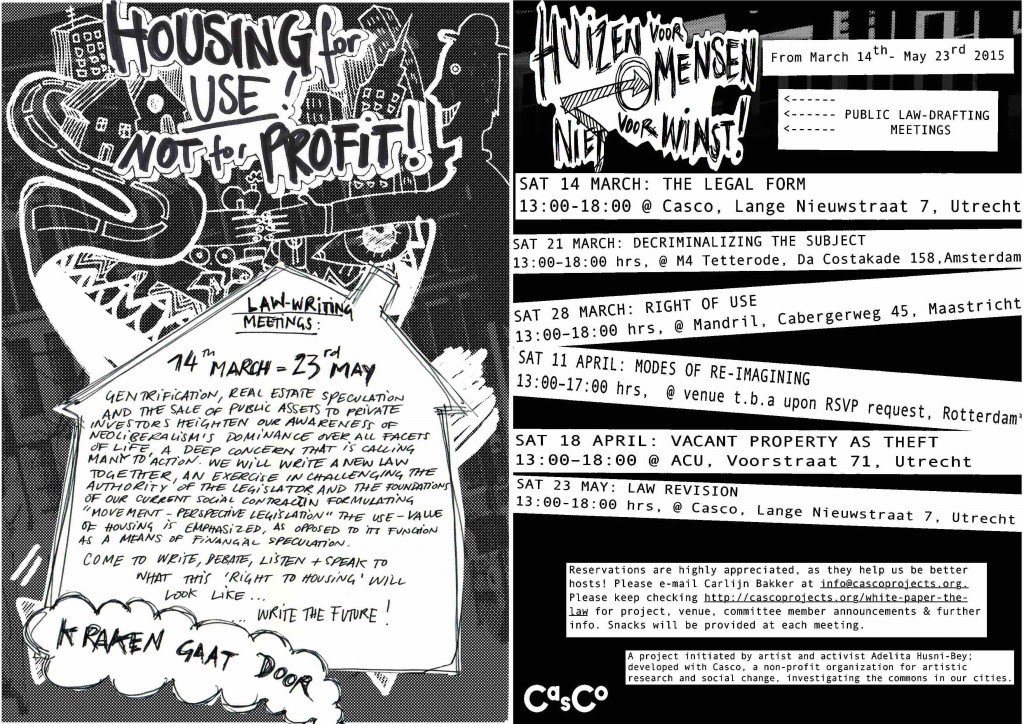 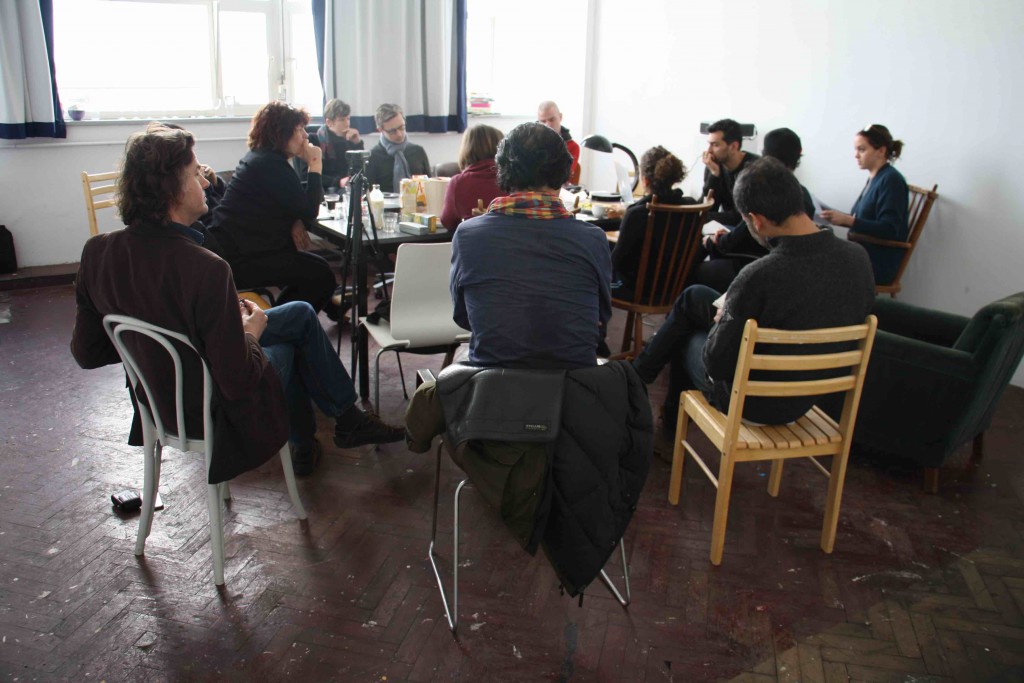 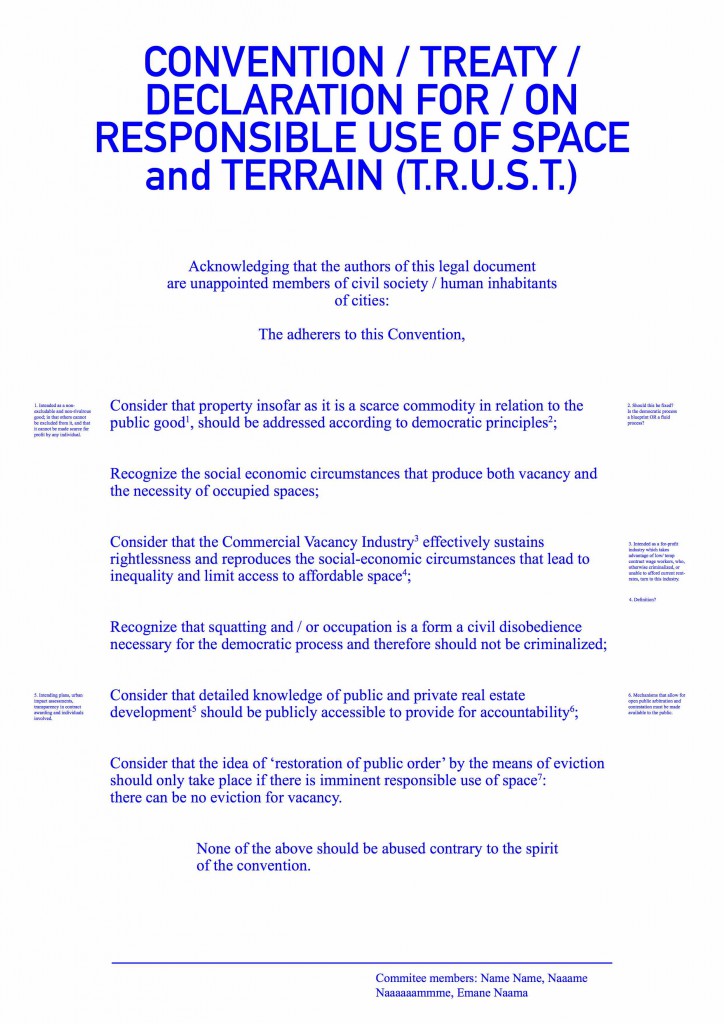 ‘Social-practice’ is a tool to uncover suppressed histories and to reactivate them, inasmuch as they challenge our current structural/ normative imaginary around contemporary conditions of labour, housing and education. 2007—2012: public archives, radio transmissions, websites, billboards and books were produced. I have also worked consistently with and through anarcho-collectivist pedagogical models in a multitude of venues, institutional and not, such as national museums, local schools and social centres.