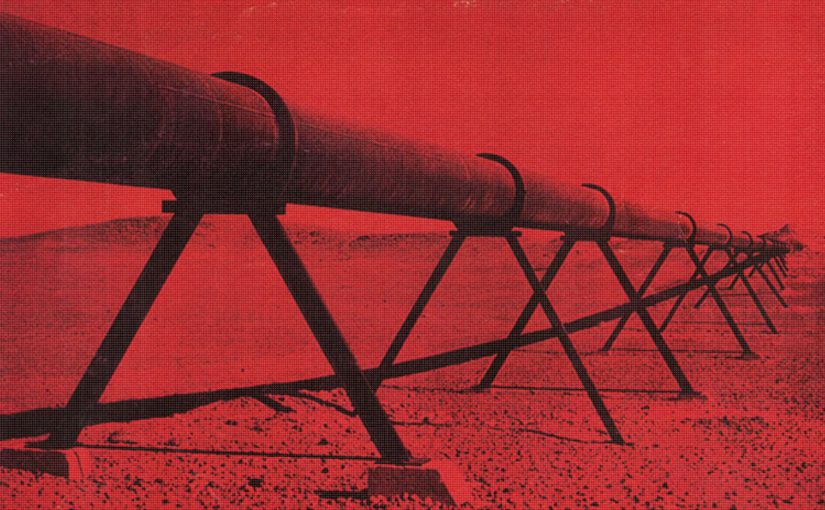 On December 2nd 1950 the first drop of Saudi oil arrived to Lebanon via the newly constructed Trans-Arabian Pipeline, the world’s longest pipeline and the largest American private investment in a foreign land. The 30inch wide structure which spanned 1213 kilometers passing through Saudi Arabia, Jordan, and Syria to end in Lebanon had required 3 years of planning and surveying, 2 years of installation, the fabrication of 256,000 tons of steel tubes, the employment of 30,000 workers, the ratification of a few national and international laws, the invention of new transportation and communication devices, and a CIA backed political coup 33 years later, on December 28th 1983, the Trans-Arabian Pipeline Oil Company announced that it was terminating its operations and, by January 1984, the pipeline was abandoned. Today it sits hidden six feet underground; the only physical object that crosses the border of five political entities in a region that is very conscious of its demarcated lines. As the forgotten construction of a defunct oil corporation that was part of the landscape of the Middle East for more than 60 years, the pipeline is no longer a utilitarian tool that circulates resources but can be transformed into a storytelling device capable of proposing an alternative way of traveling the region and understanding its development. Over the past four years I have undergone an in depth research of the pipeline and the company that ran it. A research that has taken me on a journey which went from interviewing previous employees of the company spread across the globe to surveying the abandoned terminal station in South Lebanon, and from gathering paraphernalia found in the company’s destroyed headquarters in Beirut to accidentally coming across, in the stacks of Georgetown University, a language training manual published by the company to teach its American employees how to speak colloquial Arabic. This project proposes to take the material gathered over these years and develop a series of videos and objects that uses the Trans-Arabian Pipeline Company as both their conceptual and physical framework, a specter through which to address the economic, political, geographic and social transformations of the region from the end of World War II onwards. Based on the documents, photographs, objects, anecdotes, events, drawings, and footage gathered during the research surrounding the conception, development and subsequent demise of the Trans-Arabian Pipeline Company, this project proposes to develop a series of eleven characters that tell the story of the pipeline from various angles. These accounts, that incorporate found material within a fictional treatment, become vignettes, in the form of short videos and accompanying props that follow the arc of one corporation against the backdrop of the shifting terrain of the Middle East. 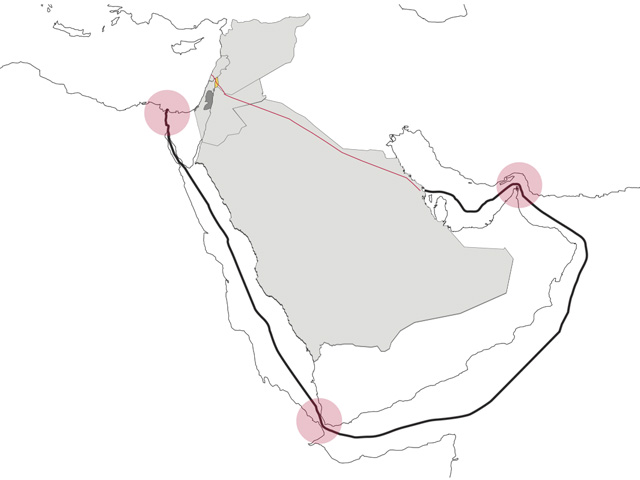 Rayyane Tabet, Diary of a Sheep The Rise and Fall of an Oil Company, Trans-Arabian Pipeline route, 2011 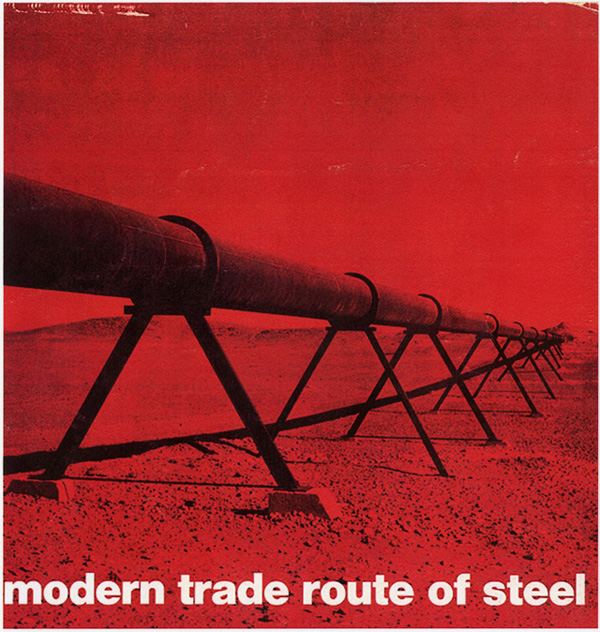 Rayyane Tabet, Diary of a Sheep The Rise and Fall of an Oil Company, Trans-Arabian Pipeline Company Flyer, 2011 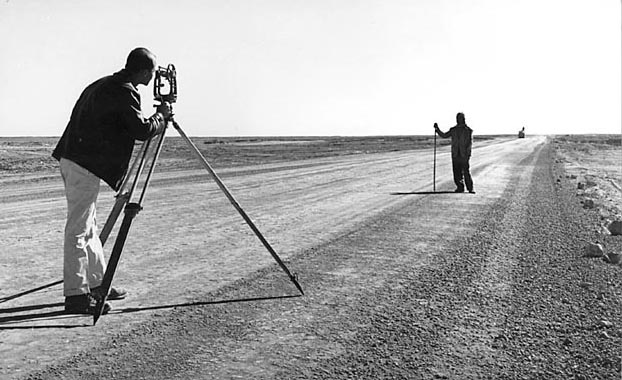 Rayyane Tabet, Diary of a Sheep The Rise and Fall of an Oil Company, The Surveyor Who Measured Distances With a Circle [1946], 2011 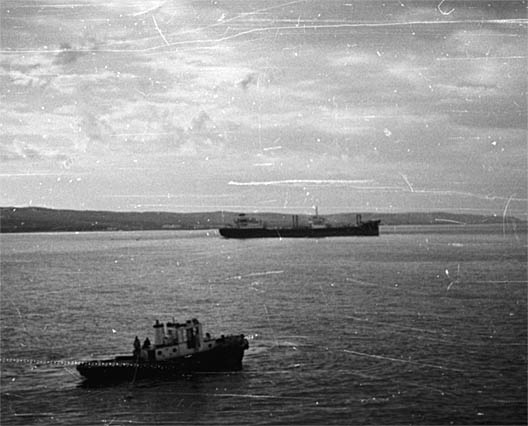 Rayyane Tabet, Diary of a Sheep The Rise and Fall of an Oil Company, The Mooring Master Who Kept a Record of the Sea [1950], 2011 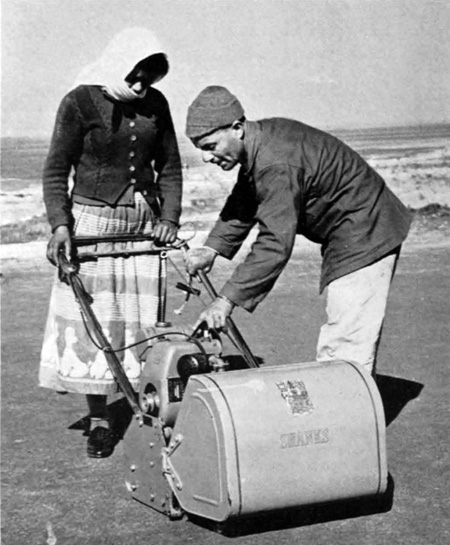 Rayyane Tabet, Diary of a Sheep The Rise and Fall of an Oil Company,The Mooring Master Who Kept a Record of the Sea [1950], 2011

This project proposes to develop the portrait of each one of these eleven characters into a short video and a series of accompanying props by reediting the multimedia material gathered from a variety of sources. These fragments, that conflate major political figures with laymen and travel the distance between Saudi Arabia and Southern California over the course of 66 years, will become the main actors in a curious touring show transforming the pipeline into a traveling troubadour that tries to rebuild itself by way of storytelling.

Most of the work I have done to date has relied on researching stories often at the margins of major events that are retold through object, installations and videos. Two projects in particular relate in methodology and process to the one proposed for the Visible Award:

“How to Play Beirut” (2009) a three part project that weaves together two disparate stories centered around Beirut. Following a phone call I received from a friend asking me to join him in a game of Beirut, I discovered that what he referred to was a very famous American college drinking game. A research into the origin of the name led me to a fraternity at Lehigh University who coined the term in 1983 following the attack on the Marines Barracks stationed in Beirut at the time as they realized that the dynamics of the game, which consists of throwing ping pong balls in cups filled with beer, were similar to a city being destroyed by bombs.
The research culminated in the creation of a new map of Beirut by superimposing the layout of the drinking game over the original map used by the Marines in Beirut, the fabrication of a Beirut table that blends the topography of the city with holes cut into it to hold cups filled with beer, and the manufacturing of a neon sign stating that “if you play beirut, you get bombed” working with the double meaning of the words Beirut and Bombed in the sentence.

“Home on Neutral Ground” (2011) another three-part project presented in the course of Sharjah Biennial 10 is also rooted in research and the way in which it is transformed.
The piece centered around the layered history of the Sharjah Cricket Stadium which was built by an Emirati entrepreneur upon his return from Pakistan in the 70’s where he had become enamored with a game alien to the Emirates, grew to become one of the most famous cricket grounds in the world due to the influx of workers from India and Pakistan to the Emirates through the 80’s and 90’s, fell into oblivion in the early 2000’s when Dubai and Abu Dhabi built bigger better stadiums only to be reclaimed again in 2010 as the Home Ground of the Afghanistan National Cricket team due to their inability to host games at home. The produced piece consisted of a two channel video installation from footage shot in the stadium over the course of 24 consecutive hours, a pitch protector – a piece of plastic used to cover the central part of a cricket ground when it is not used- with an aerial photograph of an empty plot of land in Afghanistan printed on it, and a lecture performance in the stadium itself during the opening week of the Biennial where audience members came to see the pitch protector installed in the stadium and went through a tour of the site and its layered history.