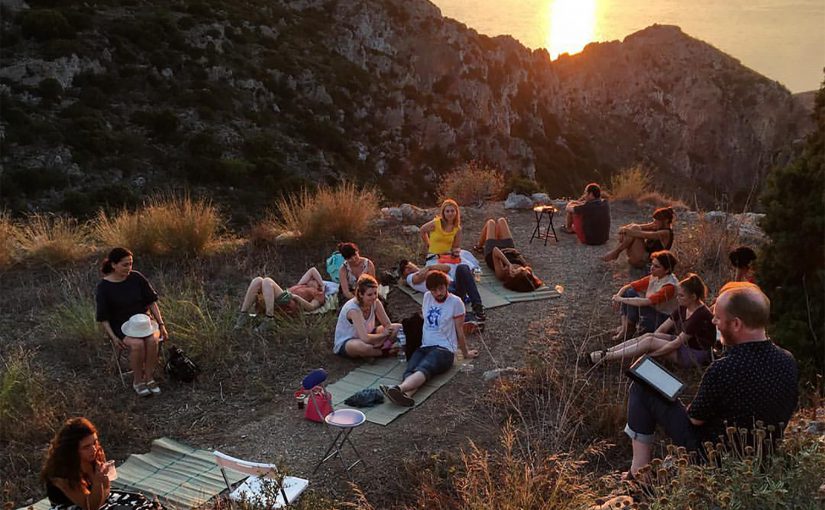 The DIY biennial emerged from self-organised experiments during the years of crisis in Athens. Since 2010, when social frameworks collapsed and public funding ceased, private institutions have grown and now dominate the cultural and urban landscape. The unfunded DIY biennial No Future brought together autonomous forms of artistic, political and theoretical practice questioning the potential of a collective refusal to a predetermined futurity.

No Future was collectively produced by participants, activists and local communities. Located across diverse locations, the event began at the occupied space of Green Park in Athens and then departed via boat to the remote island of Cythera long associated with imaginaries of utopia. By playfully subverting the term ‘biennial’ into a self-organised practice this event operated through non-hierarchical modes of ‘self-curating’, questioning the limits of political, social and cultural practice. The public programme sought to interrogate the role of performance in relation to political and social materialities and imaginaries, contesting forms in the face of diverse audiences including refugees, local inhabitants, the homeless and artistic communities. Political discussions, performances, theoretical talks, neighbourhood assemblies, solidarity actions and artistic practices re-informed each other, producing an unexpected context constantly affected by the urgent needs of the project’s surroundings questioning the function of a cultural/political event as an evolving public space. Emerging after years of economic and social crises this DIY biennial seeks to contest whether autonomous self-instituted practices in times of austerity and dispossession can continue to offer unexpected modes of social life, sketching different worlds to come. 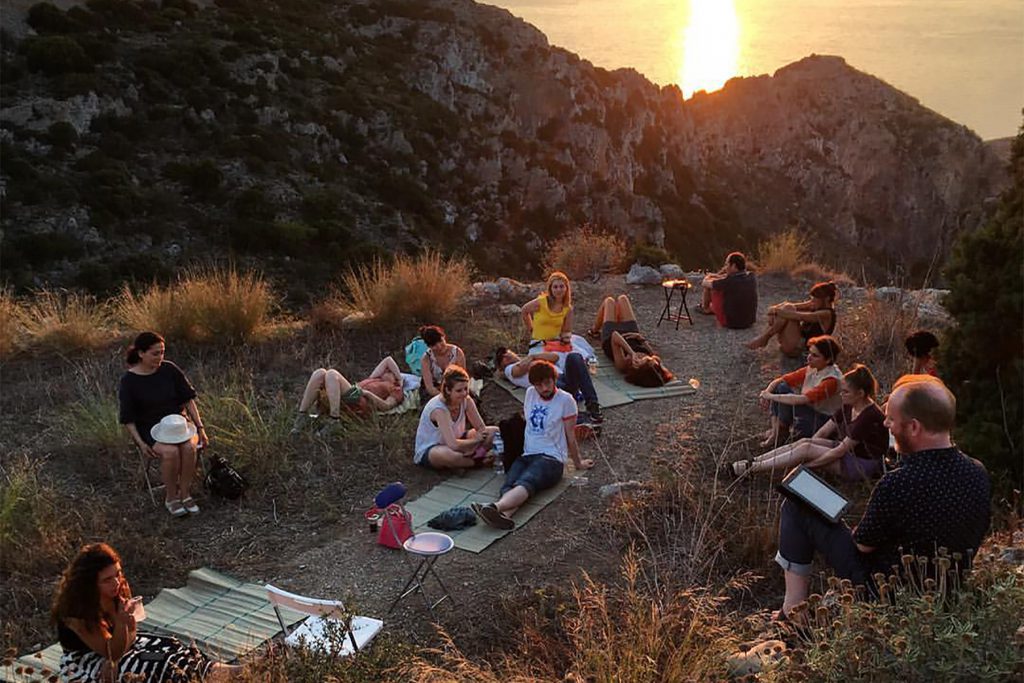 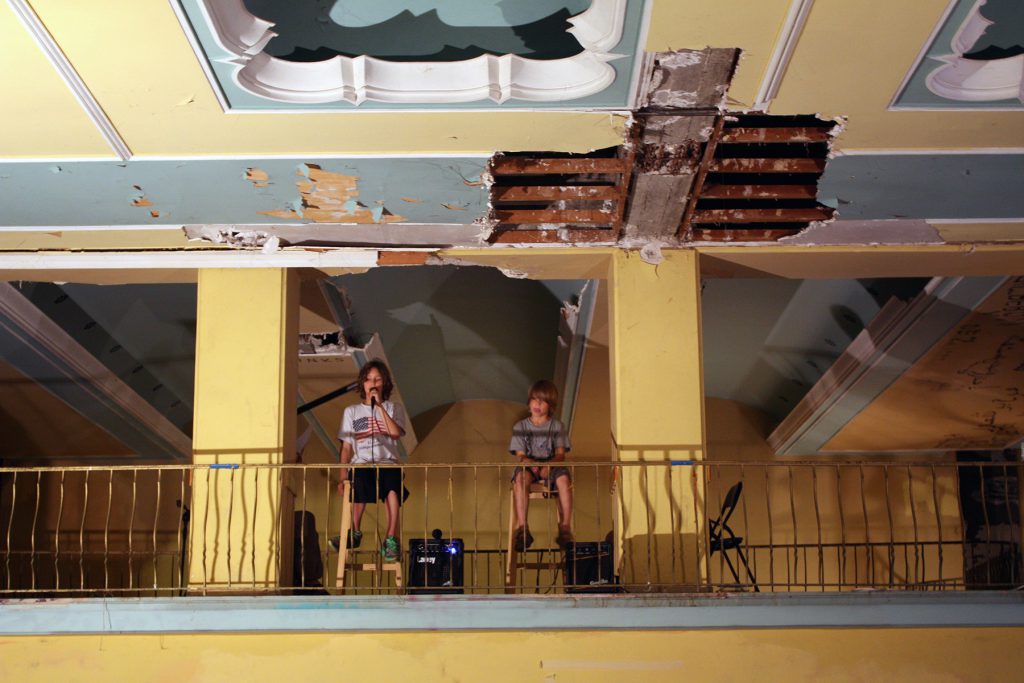 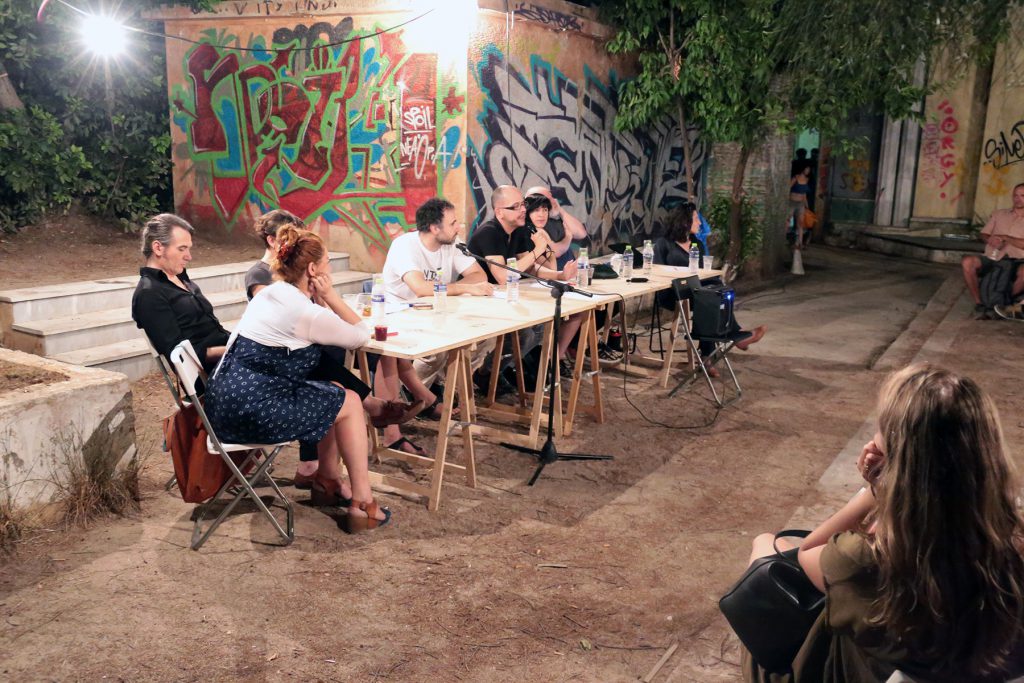 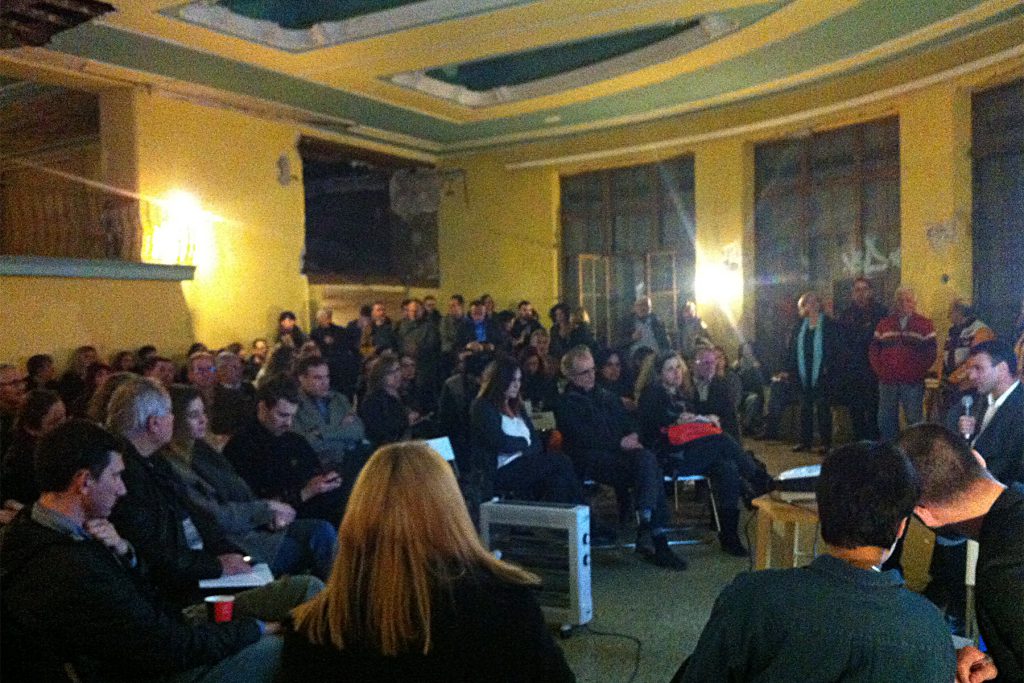 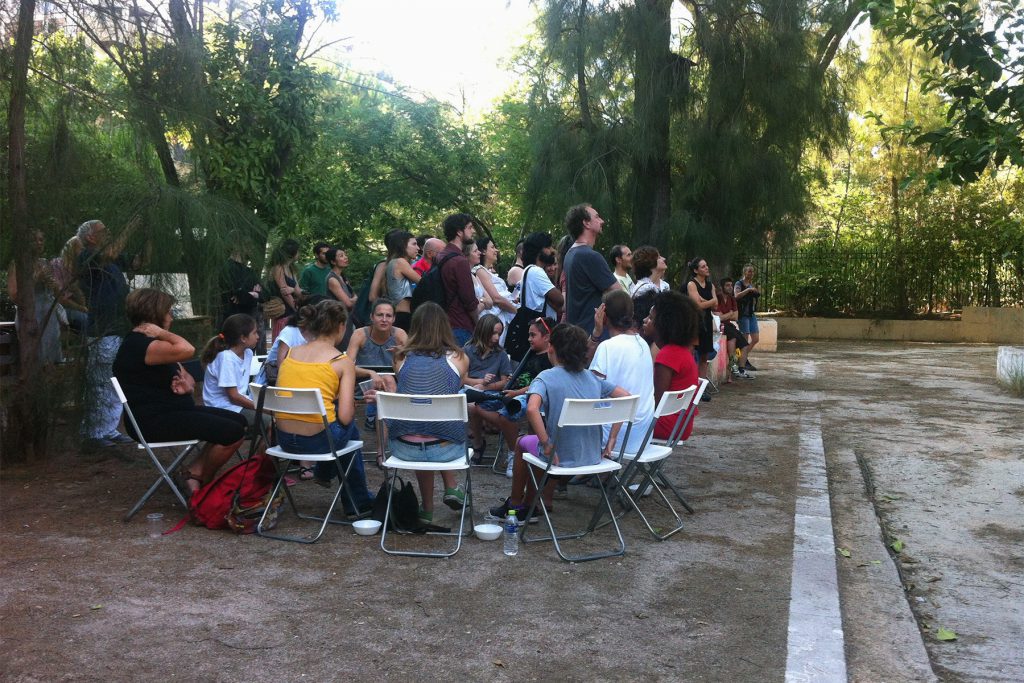 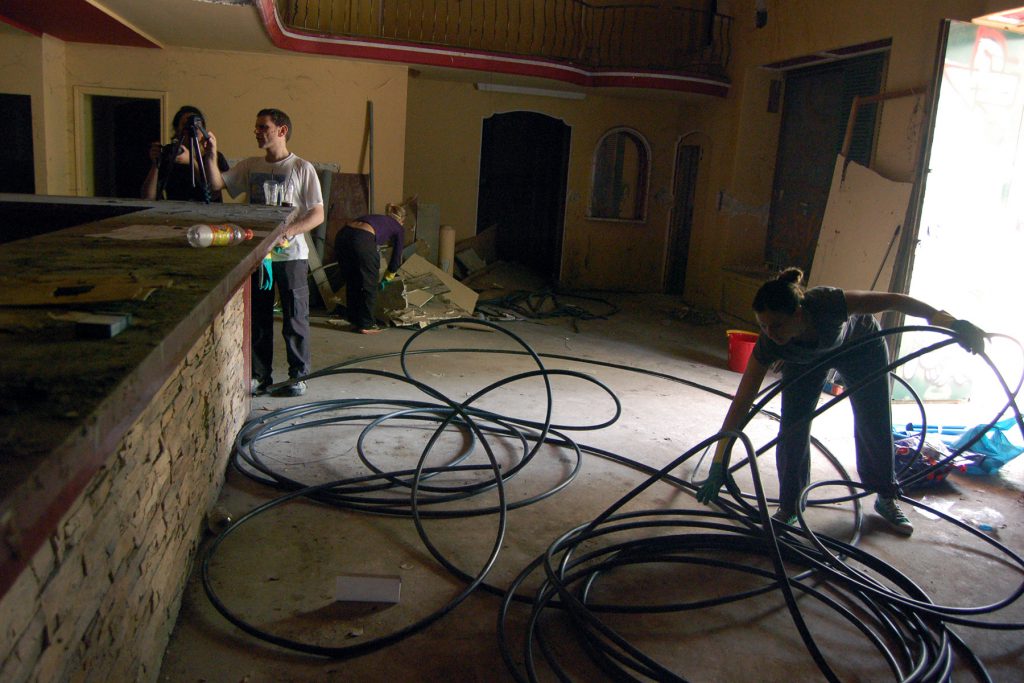 Green Park is an occupied cultural space that seeks to function as cultural and political intervention in the here and now of Athens, against cultural and artistic monopolies. Gigi, Kostas and Vassilis, founding members of Green Park, initiated DIY Biennial No Future as a continuation of numerous discontinuous public programmes, interventions, occupations and cultural critique actions in recent years testing the potential for self-instituted experiments in the impotential landscape of Greece.