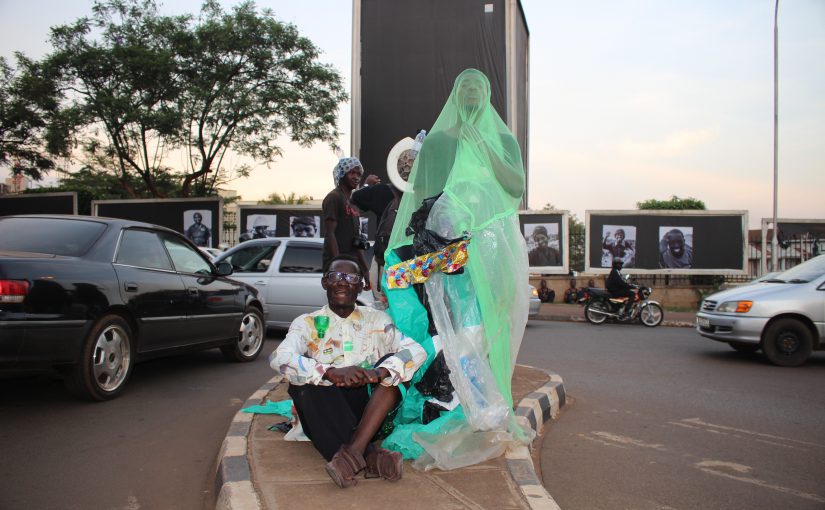 Ecoart Uganda is an environmental awareness art platform that goes beyond activism to create positive social change within communities by turning waste (garbage) into useful things. These materials—such as plastics and tyres—are harmful to nature and do not decompose. We have transformed them into such things as playgrounds for children who live in slums and cannot otherwise access play. We have also been involved in beautifying our city spaces in Kampala—especially orphanages. We’ve been using social media to invite the public to painting sessions that lead to unity and social responsibility. During the painting sessions the children also interact with the grown-ups and join in with painting—thus feeling proud by being part of the creative process and encouraged to use their imagination in an otherwise institutionalised environment. It has also been our experience that the participants return to visit the orphans and create a lasting bond.

Most notably, we’ve built play-spaces in the Acholi quarters, a slum in Kireka (a Kampala suburb), where the inhabitants fled from the civil war in North Uganda. The children were immensely involved in the building and designing of the play-space, and were again involved in the Front Row Project. Ecoart Uganda was also invited to North Carolina in Charlotte, where we built two play-spaces in the gentrified neighbourhood of Brightwalk.

The most recent project is Garbage Heroes, in which we went to Kampala’s largest dumping site and involved the people that work there in an Inside Out initiated by fellow TED Prize winner JR from France. Portraits of the workers were pasted on a fence opposite the parliament in Kampala as an art protest, since there is no payment nor rights for these workers. 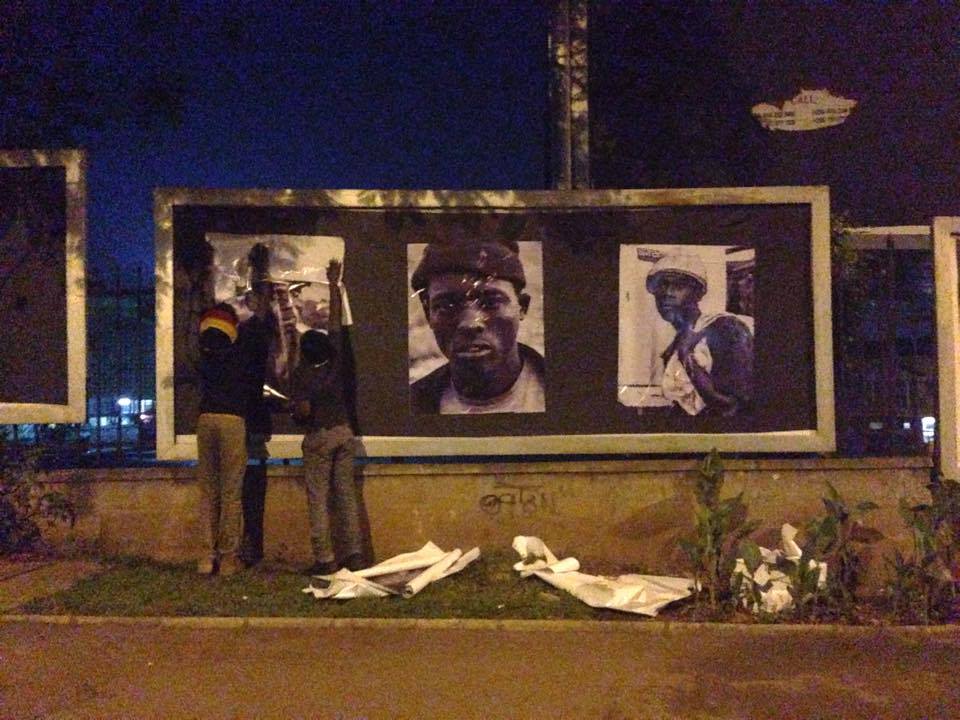 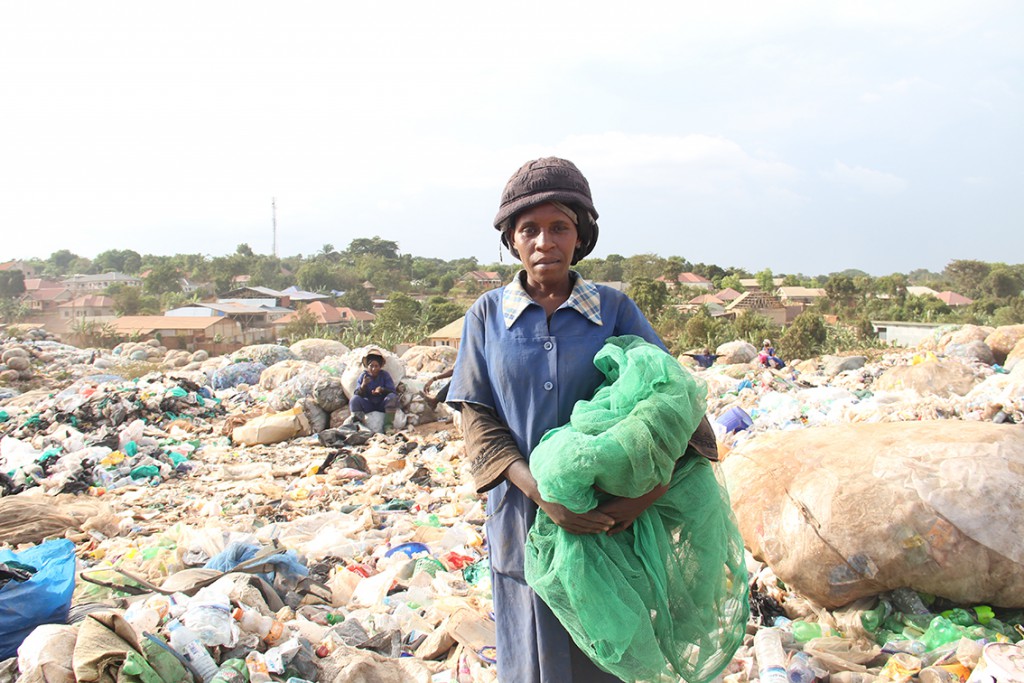 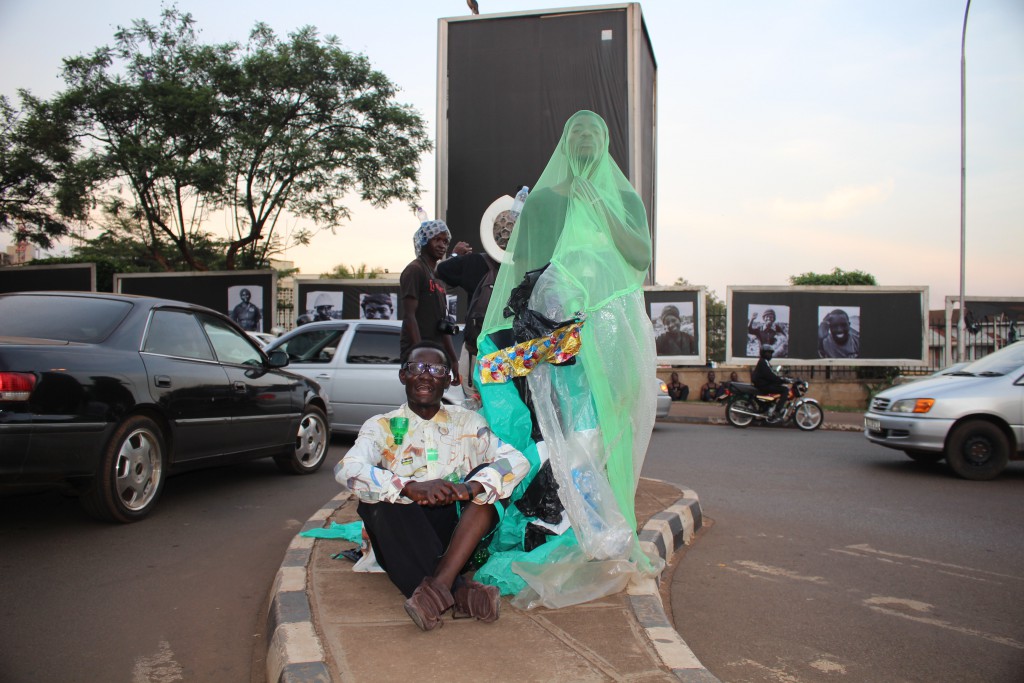 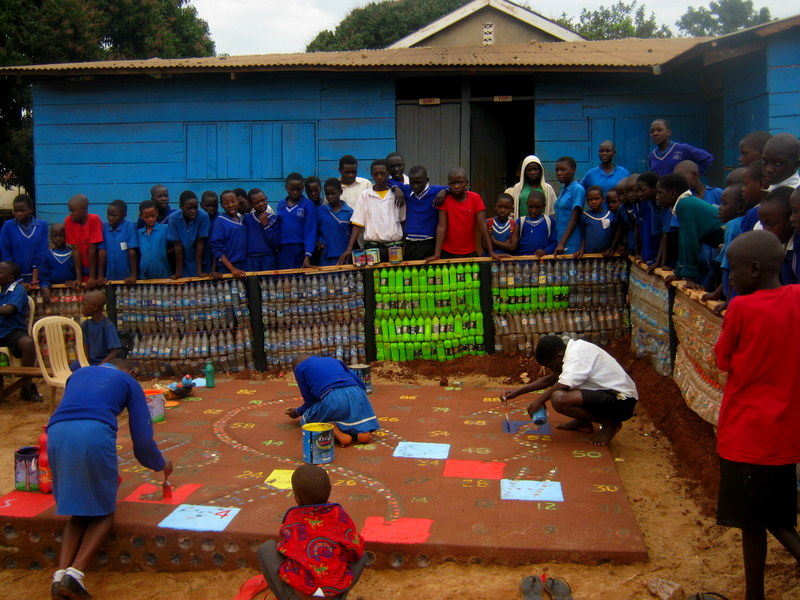 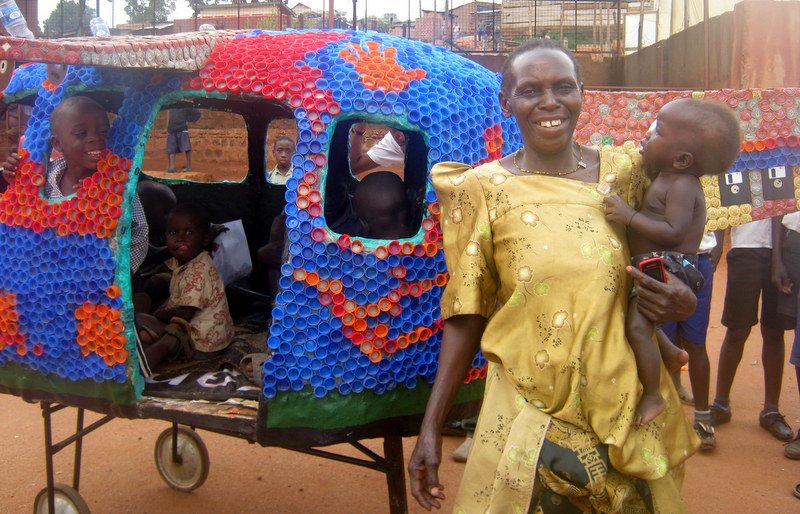 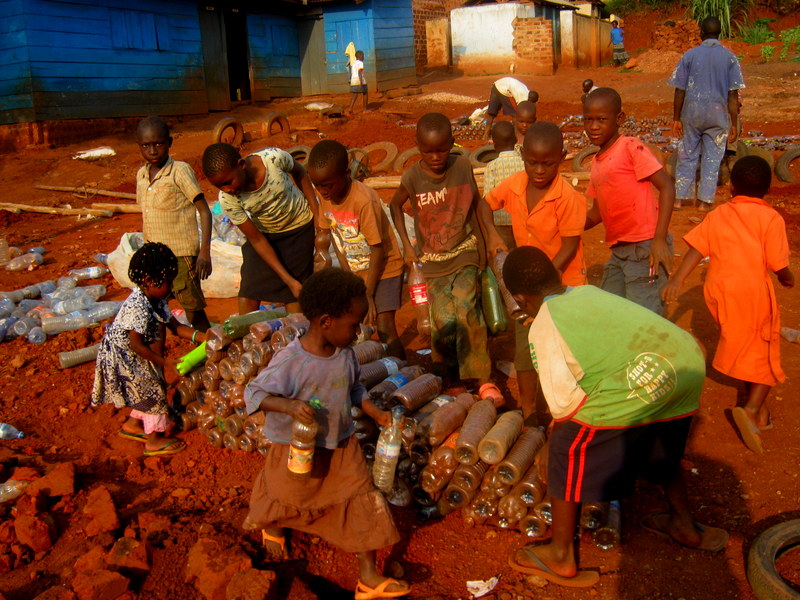 Ruganzu Bruno Tusingwire is an ecoartist from Uganda, using art to transform lives with ecoart projects that help children living in slums access play. Play is a neglected and essential component of urban life for kids and, of course, adults too. Play is inextricably linked with health, creativity and innovation.
Orphaned as a child, Ruganzu is committed to creating environments which support healthy childhoods. He transforms space, waste and environment by creating playgrounds.