Embroidering for peace and memory. One victim, one
– Fuentes Rojas 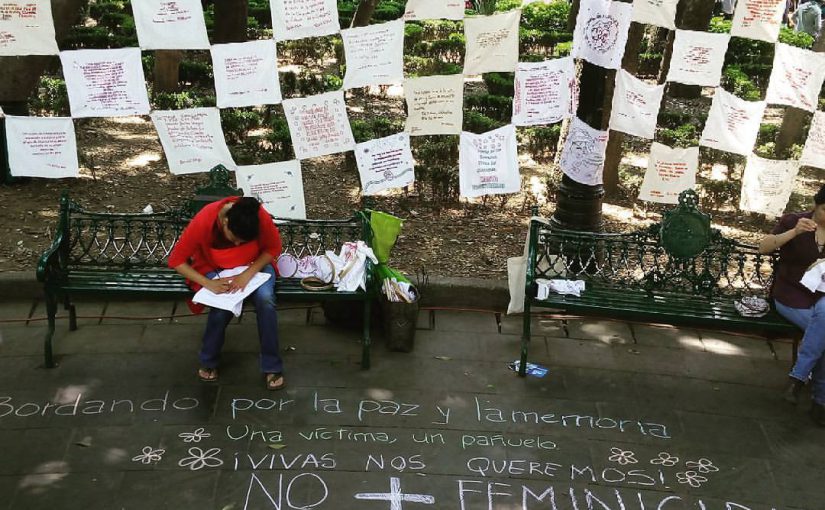 This is a social and political project that aims to make visible the victims of the so-called anti-narcotics war, promoted by the former Mexican president Felipe Calderón (2006-2012) which continues today. It also seeks to build a collective memorial made by citizens and a culture of peace. One of its main purposes is to sensitize the population about the emergency state that currently prevails in Mexico.
The violence and injustice are no longer tolerable to most people. Embroidering is a loving action, an unhurried resistance, it encourages introspection, attention, calm, reflection, and questioning. It generates the time-space necessary for communication, interaction, and recognition of the other; it promotes a social bond between citizens and it can strengthen democracy.

This movement conceives embroidery as an artifact that helps to expose reality, to deal with oblivion, with loneliness, with the anguish and the pain; it is also a strategy to face the severe impunity of our country. It entails embroidering onto white kerchiefs with red thread (as a symbol of blood) the cases and names of people that have been murdered, and in the green thread (as a symbol of hope), the cases and names of the people who have disappeared.

This is carried out in public spaces such as squares, parks, sidewalks, buses, educational institutions, and so on, where bystanders, community members and the population, in general, can come close to read, talk, and participate embroidering kerchiefs. This is an organic project that has been replicated in several geopolitical contexts each with their own particular characteristics. People choose how, where, and when to do it. They adopt the project as an encounter and a companionship mechanism; it is also an act of solidarity. 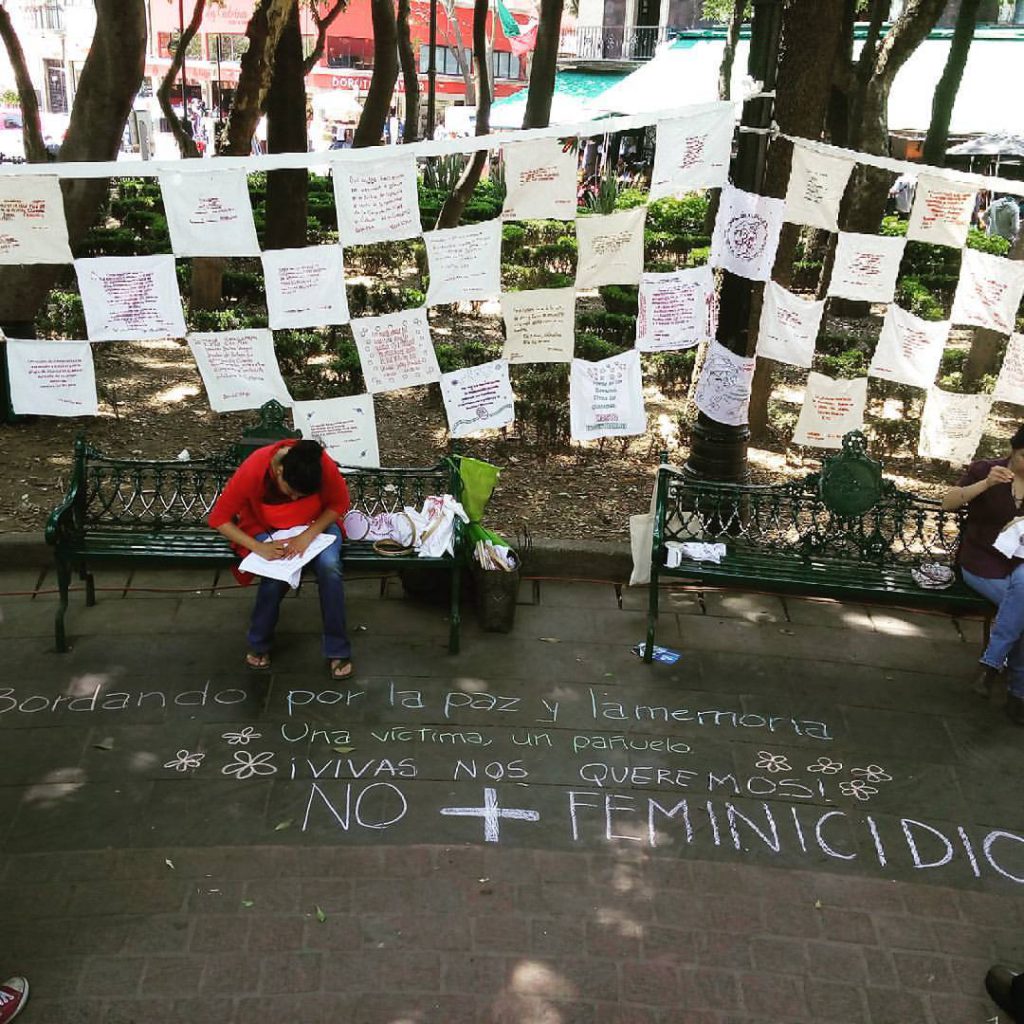 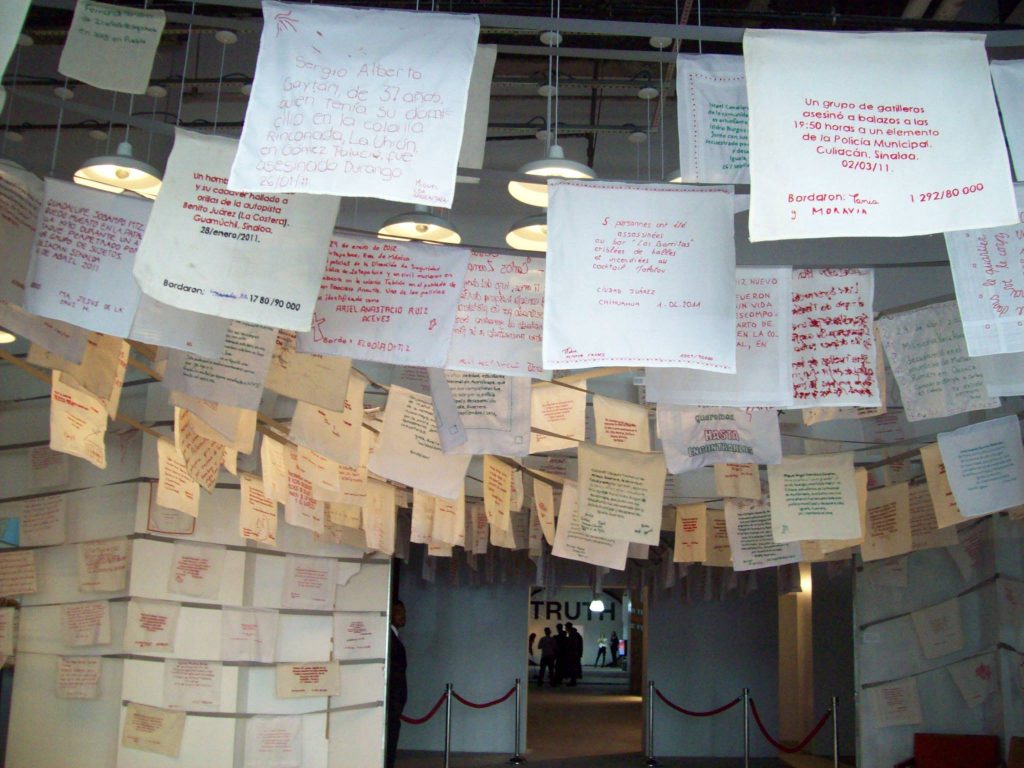 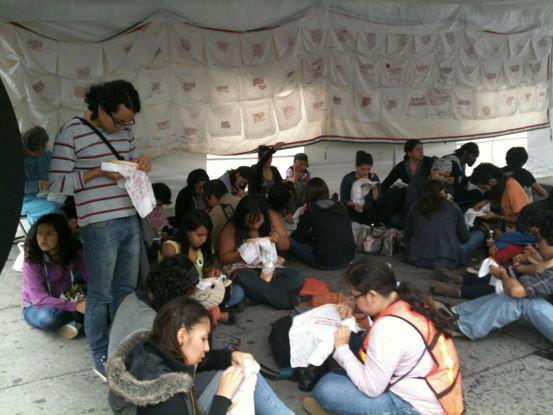 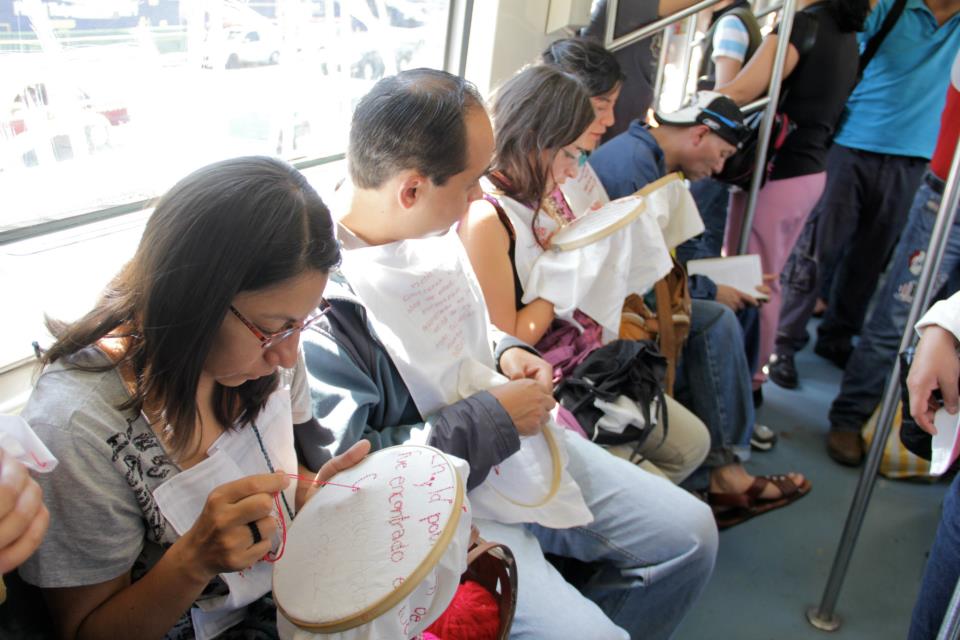 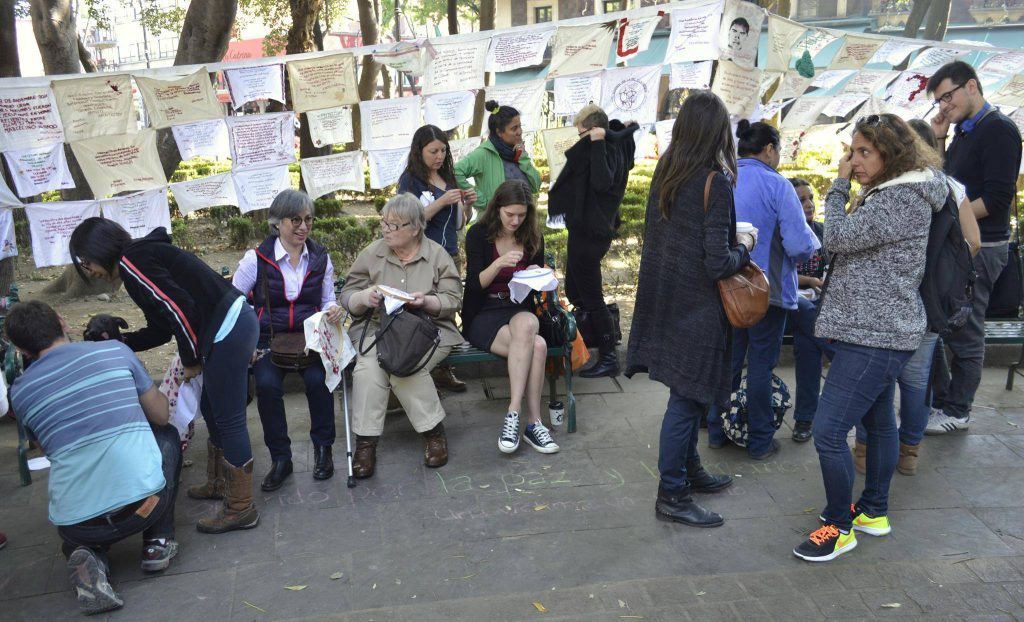 Fuentes Rojas is a group of people that promotes and carries out acts in public spaces, in an autonomous and self-reliant manner, to create a culture of peace, to face the violent context that Mexico is currently living. The initiative is inclusive and replicable with the purpose of strengthening citizenship through joint responsibility and encounters between people. The action of embroidering for peace has been replicated in 18 estates in Mexico and in 15 different countries.