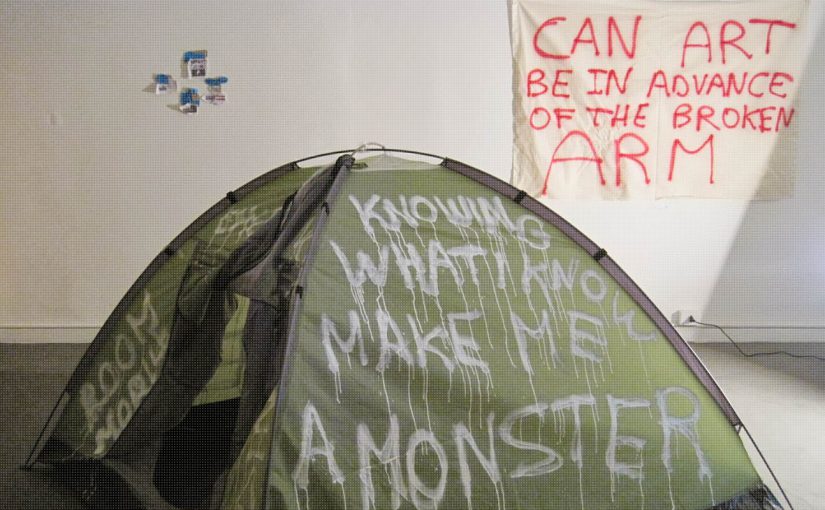 EMERGENCY ART, every day, IN THE SERIOUS SLOT OF NEWS ON NATIONAL TV CHANNELS To have impact: – Art has to reach an audience of influential decisions makers, and also a broad audience that constitutes the public opinion electing them (or able to protest against them). – To reach a broad audience, art has to be presented as seriously as possible in the middle-center of the news, when opinions and declarations are developing, when serious dramaturgy is on, and not at the end of the news, in the culture report where art is less serious than sport and is shown at the level of  relaxing jokes, ending programs with a corny smile. – Art has to be shown (and created) IN TIME AND NOT IN DELAY (If art has to debate about a reform or non-justice, an actual growing crisis, it has to enter the debate NOW in real time and not when the space of impact is too late). CAN EMERGENCIES BE RANKED? WHAT IS THE EMERGENCY TO BE DEBATED NOW, BEFORE IT IS TO LATE? I have worked in developing EMERGENCY ART since 1993, and published/distributed the Emergency Room manifesto in 2003. I have activated the format emergency room in 10 countries and now I want to dedicate my energies into placing emergency art on daily prime national TV news in the serious slot as a natural progression of my oeuvre. (Visibility in time and receptivity) 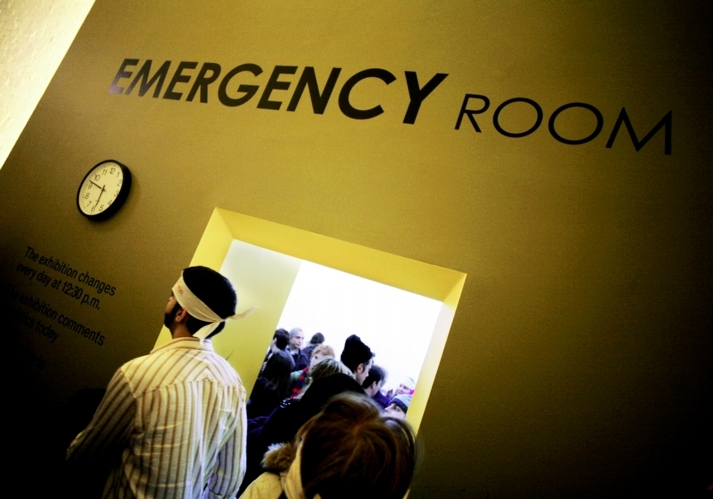 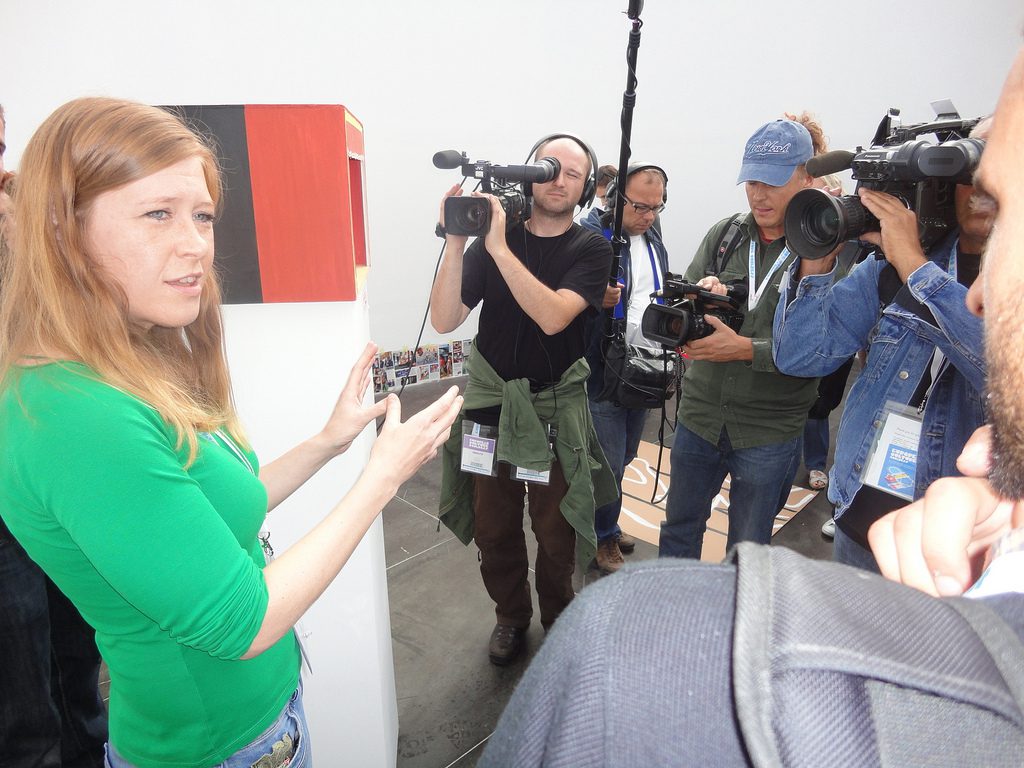 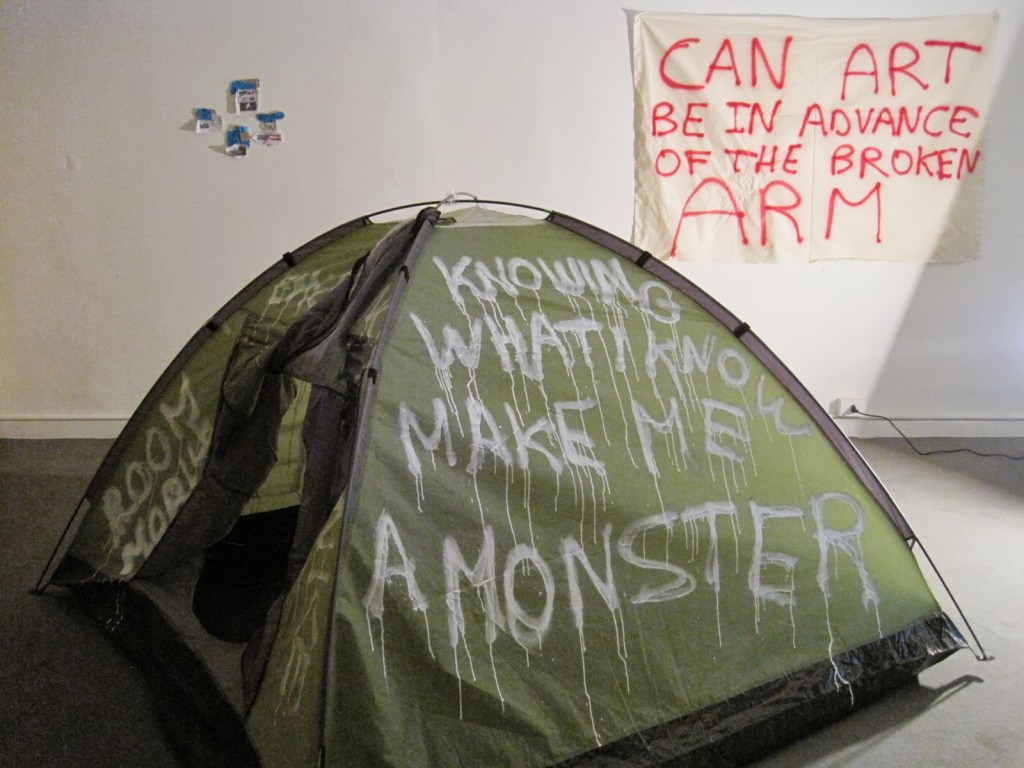