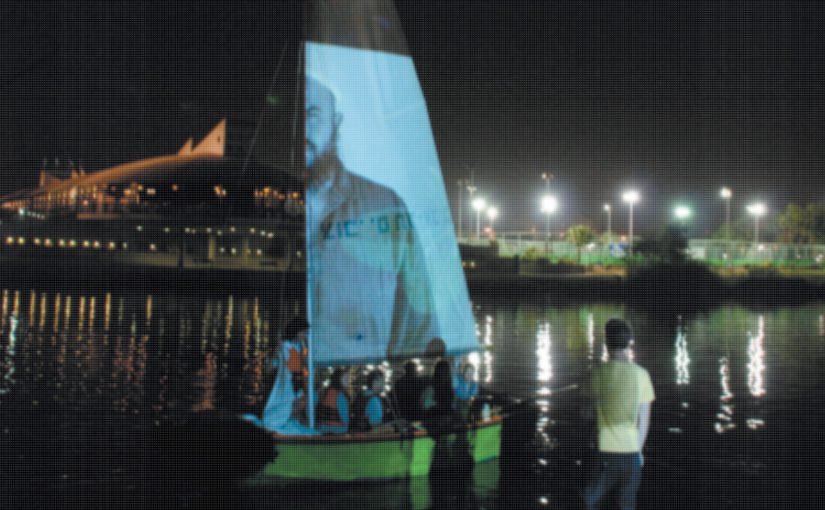 The Exterritory art project strives to create an autonomous physical, cultural, and mental space for the production and exchange of knowledge.
Traditionally, the line separating territorial waters from the ex-territory lying beyond them was defined as the distance traversed by a cannon shot. If territory is thus symbolically defined in relation to the range of weapons, the Exterritory project symbolically comes into existence at that point where weapons cease to exercise their power. Exterritory aims to encourage both the theoretical and practical exploration of ideas concerning ex-territoriality in an interdisciplinary context, while offering both a discursive and a concrete ex-territorial space for encounters, research, discussion, and creation of art. It aims to generate a network of intellectual and professional connections that circumvent national politics and social hierarchies, while setting up enclaves of (temporary) freedom. Since the exterritorial sea space had not yet been fully distributed or appropriated, such a space has the potential to evade the imposition of any one specific ideology or language; it may offer a platform for a new kind of intercultural exchange and a new dimension of thinking outside the sovereign territory of any specific country. 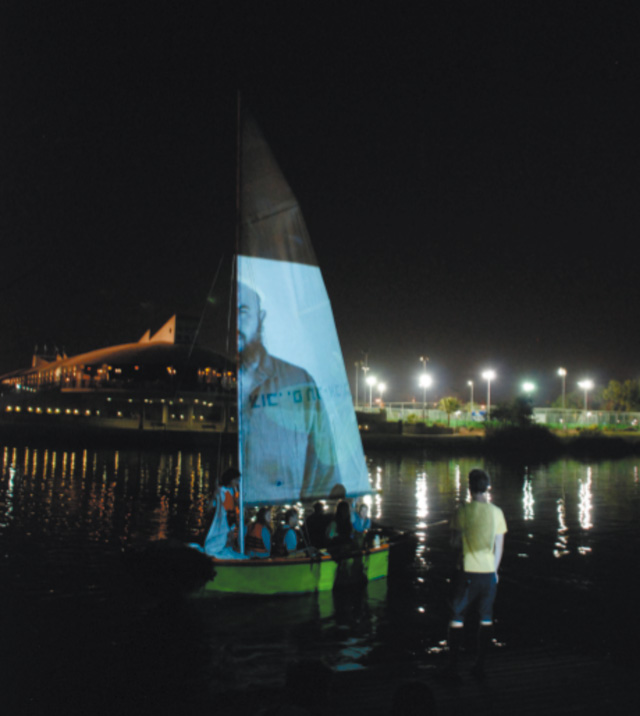 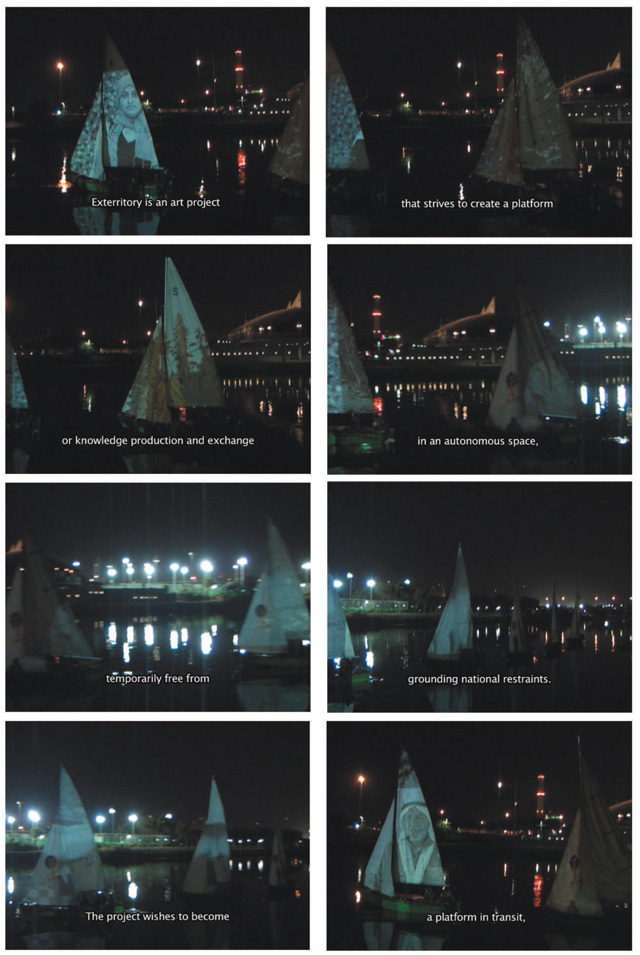 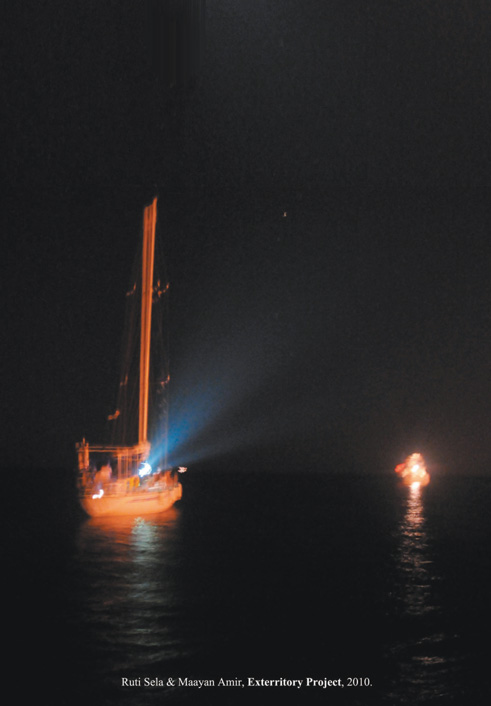 This project wishes to bring together artists and thinkers interested in rethinking a range of accepted geo-political realities. It focuses both on the theoretical formulation and actual creation of independent spaces: new physical and theoretical meeting points positioned outside the boundaries of any one clearly defined place.

Exterritory aspires to reshuffle existing, territory-related distinctions between host and guest, local and foreign, guide and visitor, citizen and non-citizen. By using this unoccupied space and exploring different ideas of ex-territoriality, we wish to underscore the need for creating unstable sites that could serve as point of departure from familiar ways of experiencing political concepts – in order to respond to urgent ethical dilemmas. We hope that this unstable, dynamic notion will become both a catalyst and a tool for critically reflecting upon discriminating cultural concepts of geography. The Exterritory project was initiated during the summer of 2009, in response to the Israeli-Palestinian conflict. Within the framework of the current project, we would like to realize our initial idea – that of embarking on a journey that will involve open meetings between artists, thinkers, political activists, and other interested individuals and groups. The meetings will be held in ex-territorial waters, and will involve the coming together of numerous boats from around the world. Our aim is to engage with the concept of ex-territoriality as both a practice and a subject of theoretical study.

Our work has been consistently concerned, in different ways, with the questions raised by the current project. Exterritory represents our sense of urgency concerning the need to produce, parallel to our artistic practice, an interdisciplinary space that goes beyond existing conventions of making and exhibiting art.

The WHW collective, which curated the 11th Istanbul Biennial (2009), defined our work as: “[…] unapologetic shots of explicit dialogues and intimate contact between strangers….” Kathrin Rhomberg, the curator of the 6th Berlin Biennial (2010), wrote that: “Ruti Sela and Maayan Amir penetrate deep into the private and there discover the political. … Their work provides a striking glimpse into the interior of Israeli society. … They expose fundamental mechanisms of power.” Charles Merewether, a curator of the Sydney Biennale (2006), remarked that our work: “[…] operate[s] within a field of a laboratory, a domain where language and materials […] interrogate scientifically and imagined models of utopia [..].” And Vit Havrank curator of the Tranzit collective wrote that: “If we don’t believe a global revolution […] then we must search for and create blind spots between the borders of nation-states – and that is the ‘Exterritory’.[…]” In 2011, we received a UNESCO award honoring our “outstanding endeavors for the innovative project Exterritory.