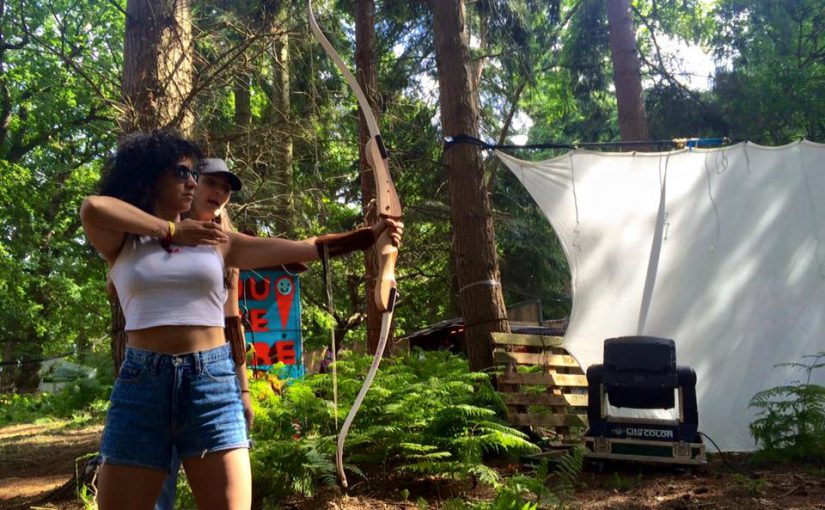 FAF is a training camp for women who would like to be armed with lethal weapons, slick moves and a love for resistance. The Female Armed Forces idea was born in Lebanon where women continue their battle for justice against domestic violence and patriarchal laws. One NGO’s hotline reports 2600 calls of domestic abuse yearly. Due to religious authorities’ pressure, marital rape is to this day not criminalised under Lebanese law.

Faced with everyday injustice, women fantasise about fighting back as an underground militia, able to threaten abusive husbands and sexist public figures. This project was born out of this fantasy. I fantasised about commissioning my father, an ex army officer, to show to us how to build a training camp for fighters. I fantasised about adding these to theatre skills such as the ability to control the body and the voice. I looked at the most efficient self-defence and survival techniques. The idea was to propose a weekly class where women could drop-in and learn a new skill that one-day might save their lives. The only ideology involved would be the understanding that there is a war waged on women. Other than that, the class would be for all skills, all levels, and all backgrounds, just like a yoga class would be. The only difference is that it is only open for women.

In 2015, I started the research process in collaboration with artist Abigail Conway. We made two skill-sharing workshops with like-minded women exploring fear and the notion of power. We invited women to draw their fear and later taught them how to kill it using archery. The next stage would be to open the weekly classes in various communities. The artwork would be these community-based encounters and the conversations that would be documented and shared with the wider audience. 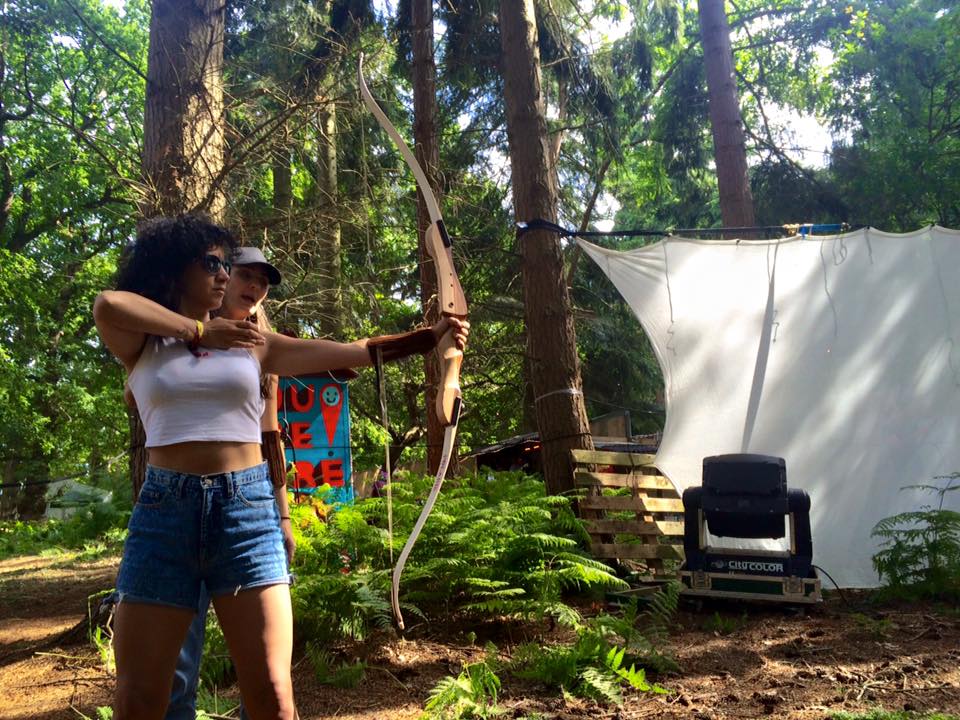 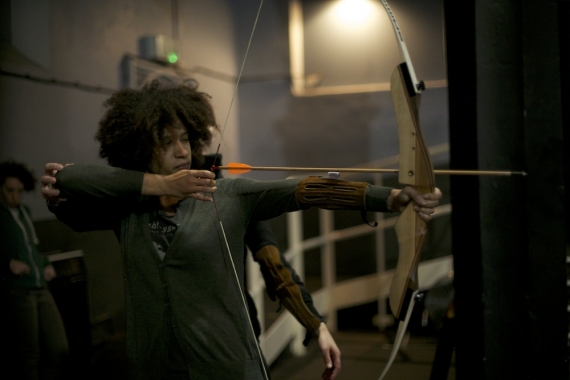 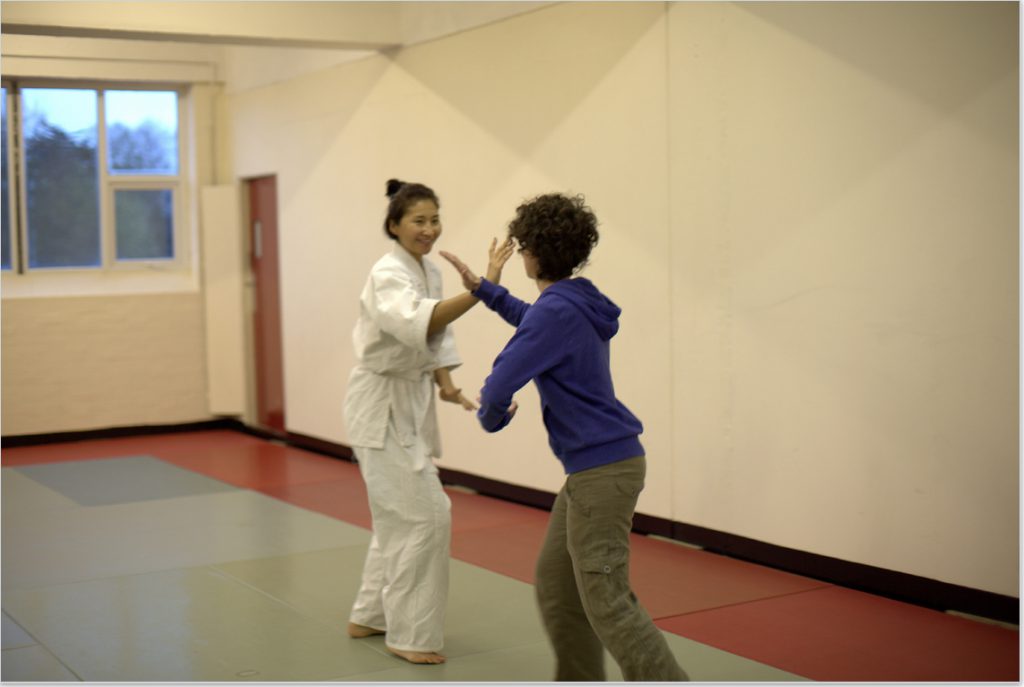 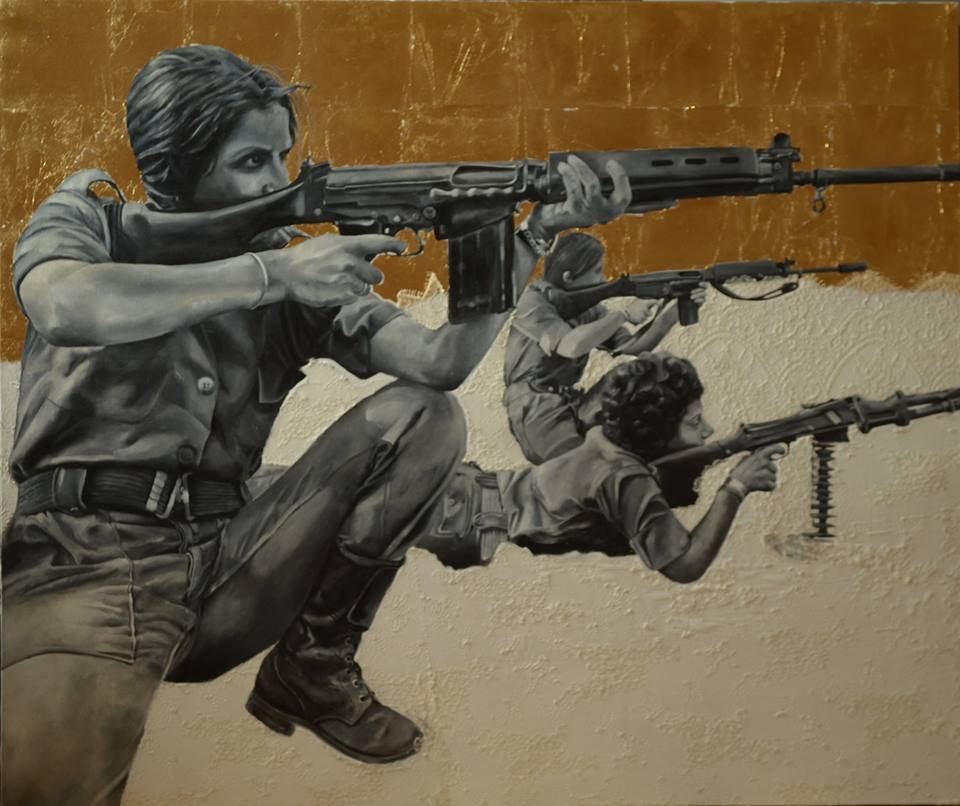 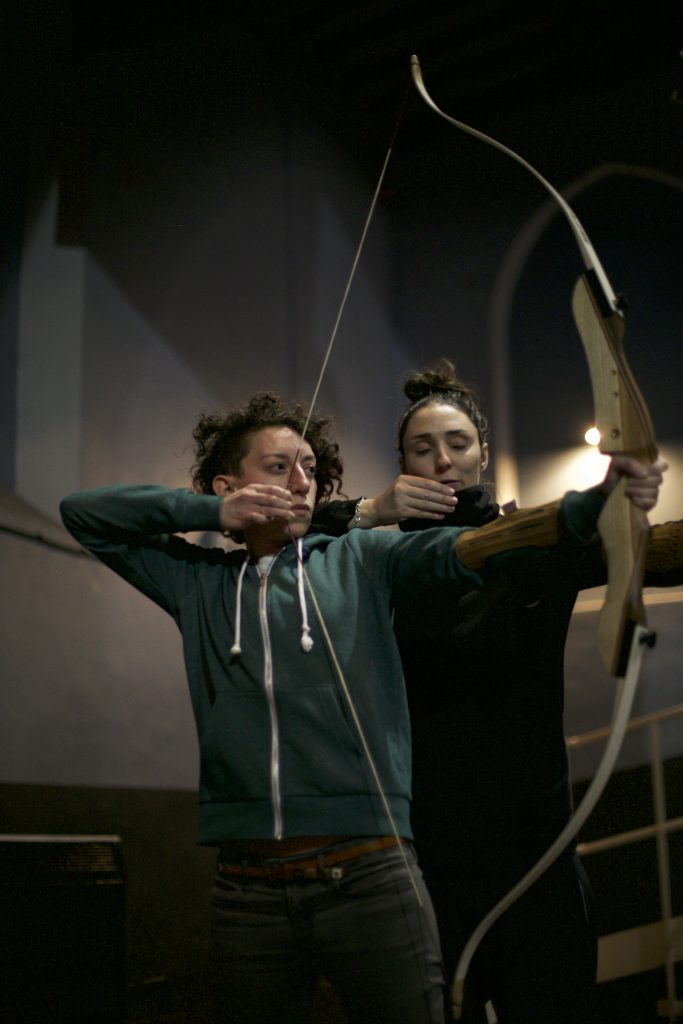 Tania El Khoury is an artist working between London and Beirut. She creates interactive installations and challenging performances in which the audience is an active collaborator. Tania’s solo work has toured internationally, for which she is the recipient of the Total Theatre Innovation Award and the Arches Brick Award. She is the co-founder of Dictaphone Group, a research and performance collective aiming at reclaiming public space in Lebanon.