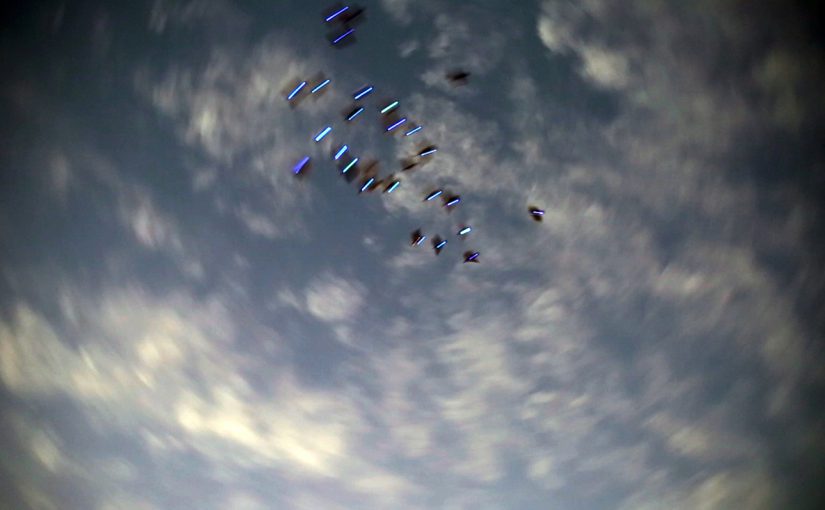 Pigeons have always had a sacred place in Palestine. Today the art of pigeon fancying is a popular pastime, occupying rooftops and peppering our skies with aerial acrobatics. In Flight – Jalazone, tiny LED lights attached to pigeons from local coops bring rays of light to the sky above the Jalazone Refugee Camp. In a performance evoking the sea, pigeons will draw undulating, ephemeral waves in the sky moments before dusk. Multiple currents of blue and amber light enact a metaphoric Mediterranean where man-made and nature, freedom and enclosure, play out in a transitory ballet of holding patterns pointing to migration, both engineered and natural.

Flight is a continuation of Constellations, a body of work I began in 2005 in the Egyptian desert. A subsequent iteration involved putting lights in the cracks of Jerusalem’s Old City walls. The community quickly took to finding them, adorning themselves, trading them, taking them home. This circulation and social dynamic began to define this series and my way of working with communities outside the established art world. Common to all these works is the wonder a little light can bring. Flight marks a departure in scale and the number of communities involved. In the Jalazone Refugee Camp for example, convincing the various political factions to fly their pigeons together was a small victory. A truce, forged in art, emerged that electrified the community as well as neighbouring Camps. These pigeon fanciers have since taken to trading the lights and introducing their own designs and colours. Spontaneous pigeon light shows have now become a regular occurrence. In a conservative society that sternly frowns upon ‘frivolity’ this work has a political undertone that resonates with the community, giving them permission to dream. 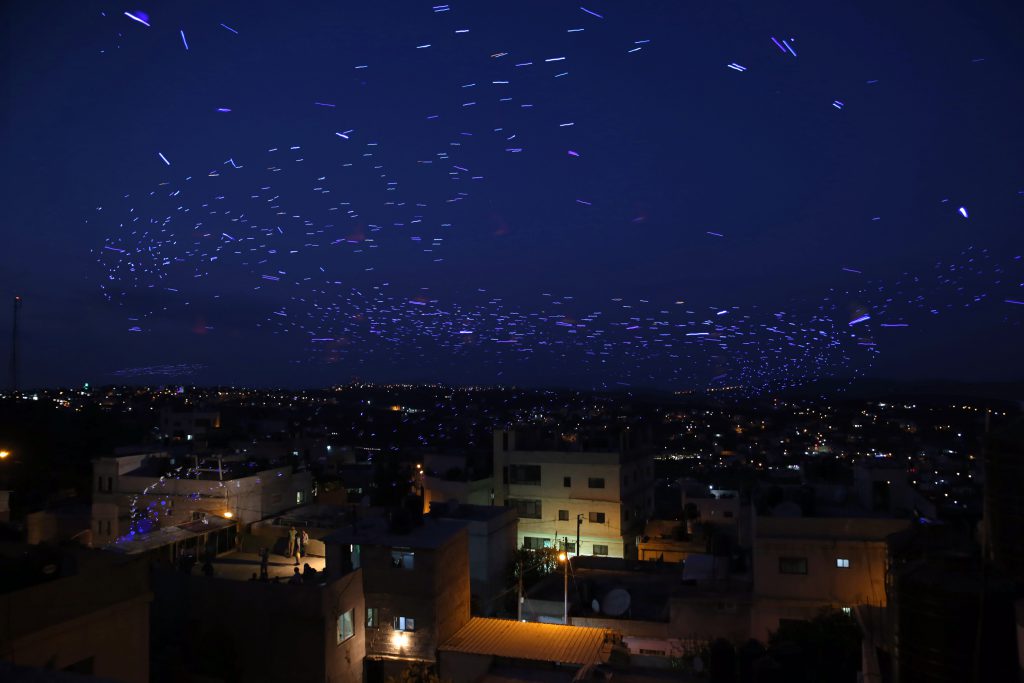 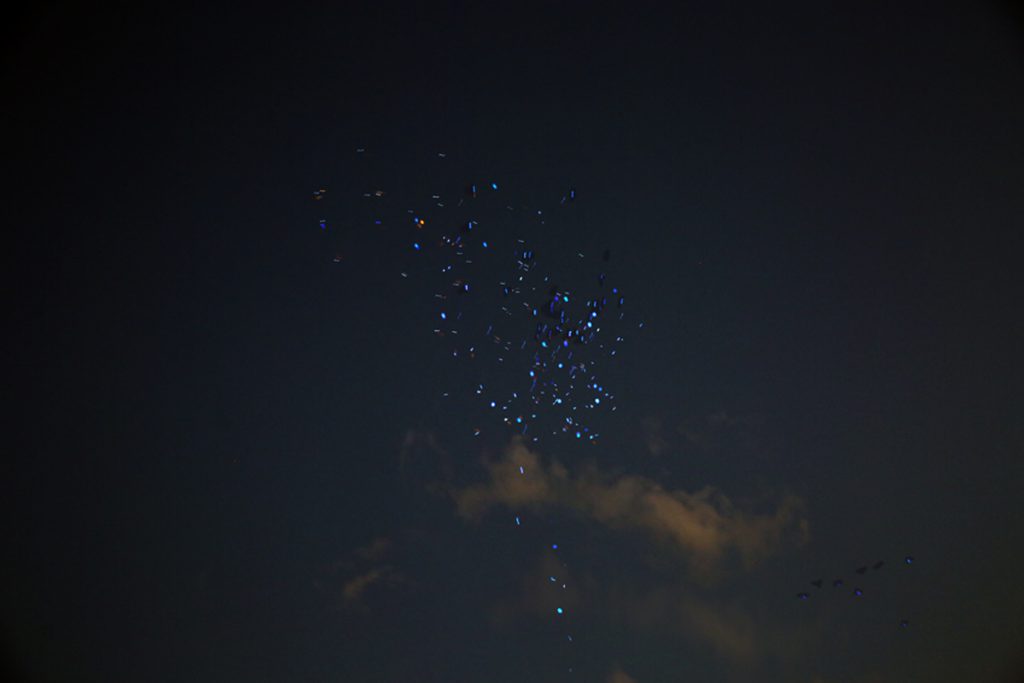 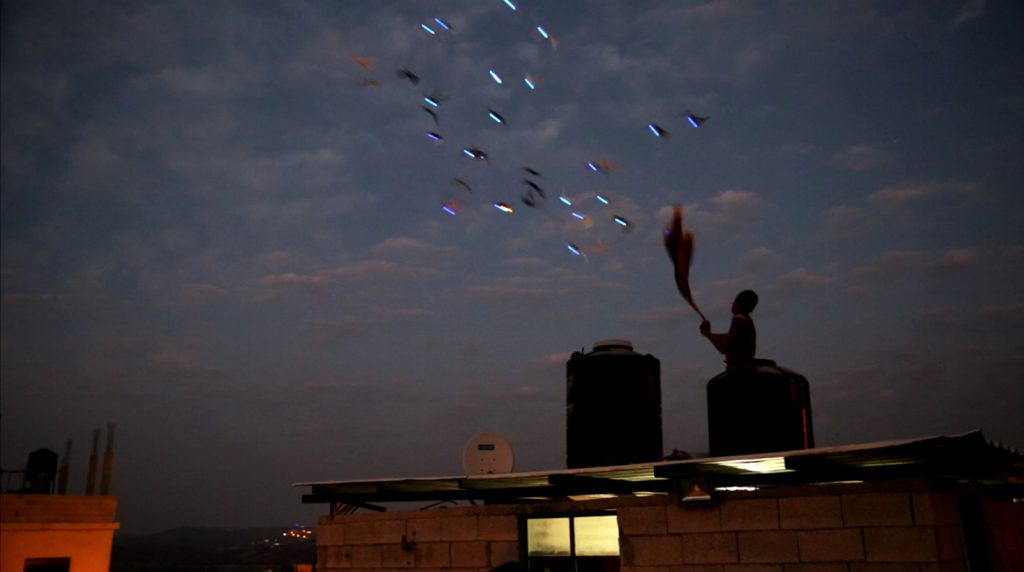 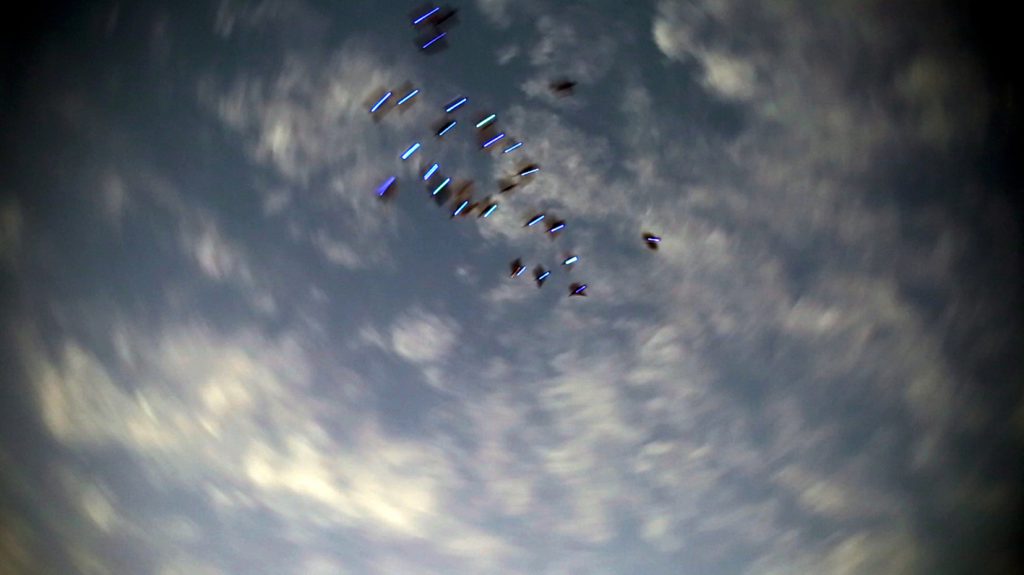 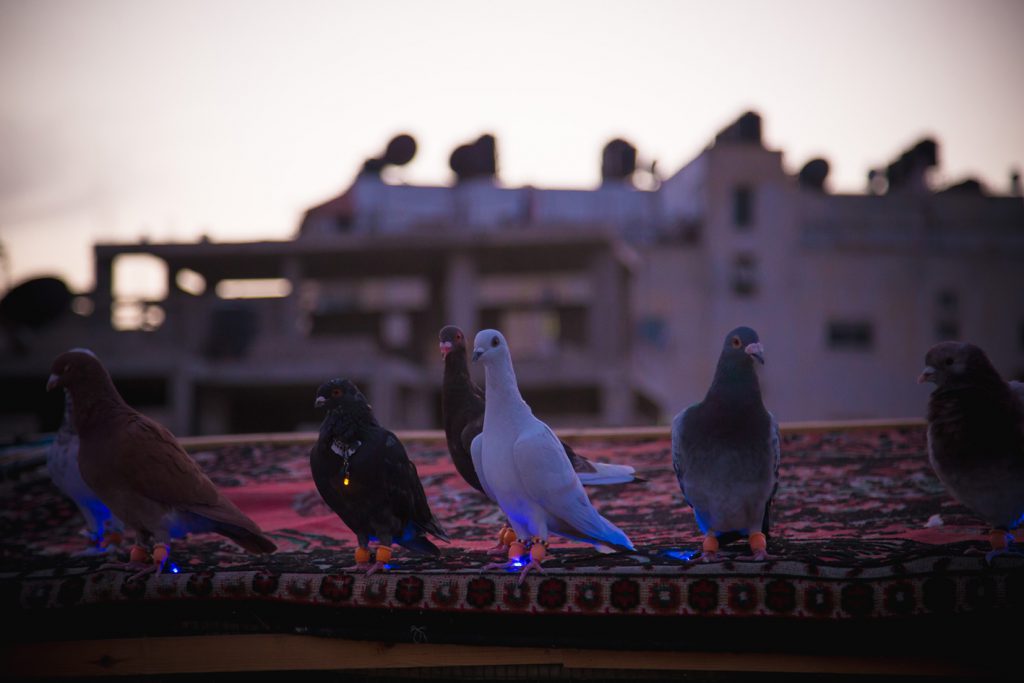 Through acts of technical and conceptual détournement, much of my sculptural work subverts various technologies of control: surveillance, cartography, mechanical/digital image (re)production, and their implicit interactions with people and places. Today, my practice engages with social initiatives that try to anchor those tectonic systems that continue to give rise to shifting social, political and geographic instabilities, to grasp them and recycle them into tools for education and empowerment.