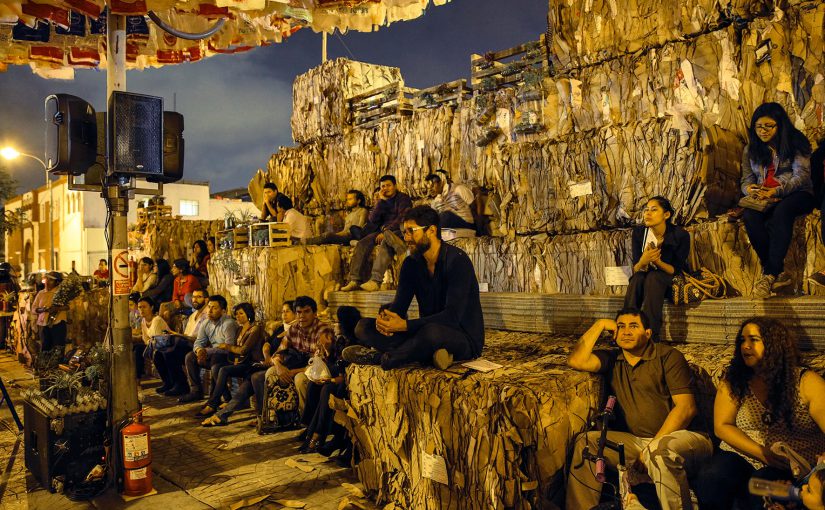 Futuro Caliente is an art platform that examines and responds to the climate change crisis. It follows the UN climate meetings, developing strategies to engage the general public with the climate debate.
Its first manifestation took place in December 2014, during COP20 UN Climate Change Conference in Lima. It consisted of a temporary auditorium in public space built with waste, where citizens were invited to engage in an open dialogue with negotiators, climate change specialists and social and green entrepreneurs. Over four days, 2000 people actively participated in an exchange of knowledge and experiences.
During the next Climate Change Conference in Paris, we want to operate from within the negotiations. We have asked artists from around the world to take part in the COP21 meetings, as part of their country’s official delegations. They will develop visual assessment reports on the climate talks and translate the abstract and unclear climate language and political negotiation debate into creative narratives that general public can understand and relate to. With this strategy, we want to bring the private political climate debate into the public domain.
Our goal is to establish Futuro Caliente as a sustainable platform that creates situations in the public sphere to reflect and rethink our current social and economic system and collectively envision the transformation we need towards new ways of development, consumption, and living. In order to achieve this goal we work together with civil and grassroots organisations, as well as activists, architects and artists. For 2015, we have partnered with the cultural organisations Art of Change 21 and ArtCOP21 (Cape Farewell and COAL), to expand the impact of the project. 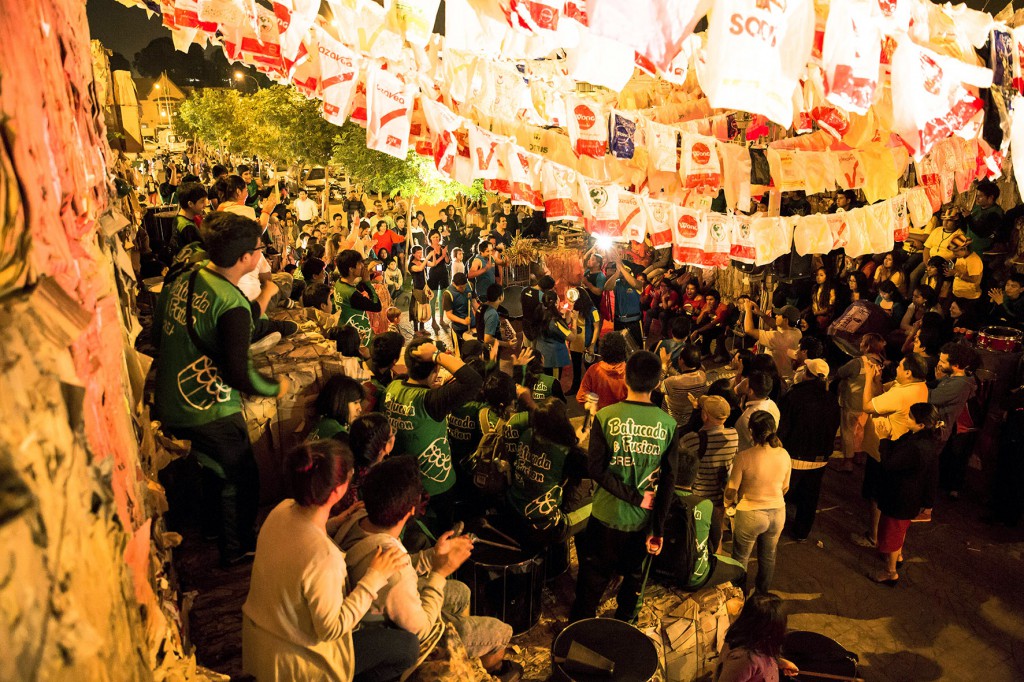 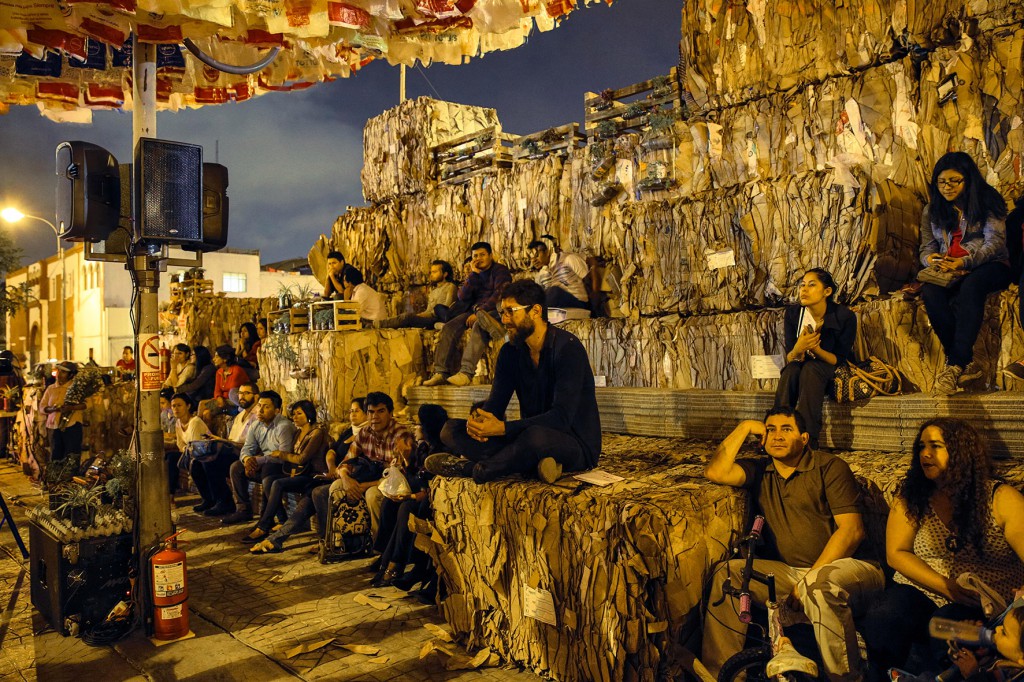 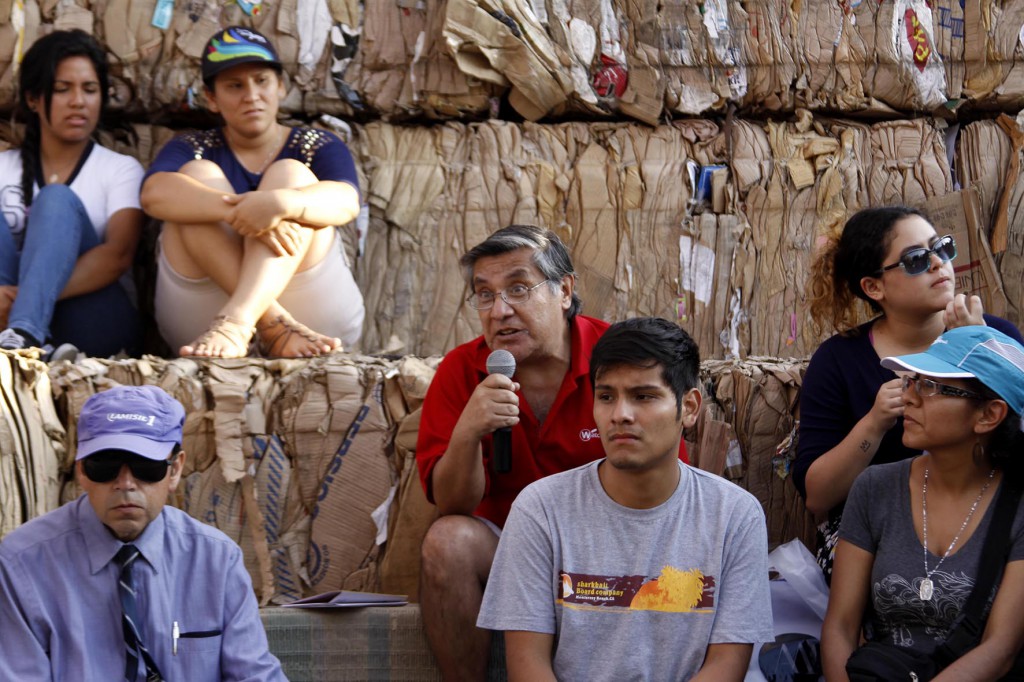 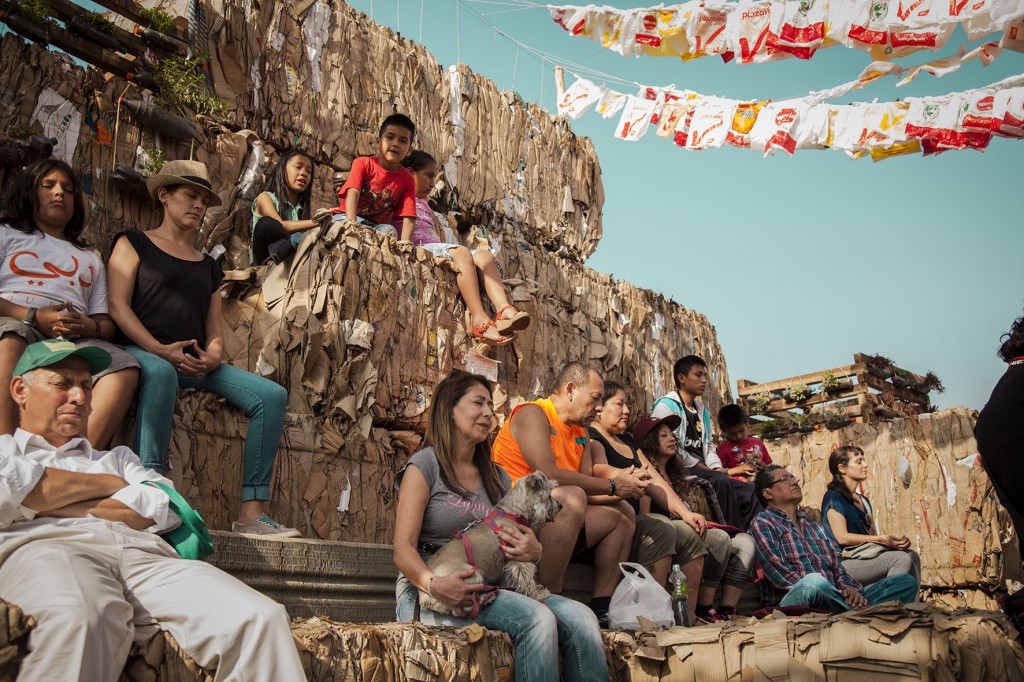 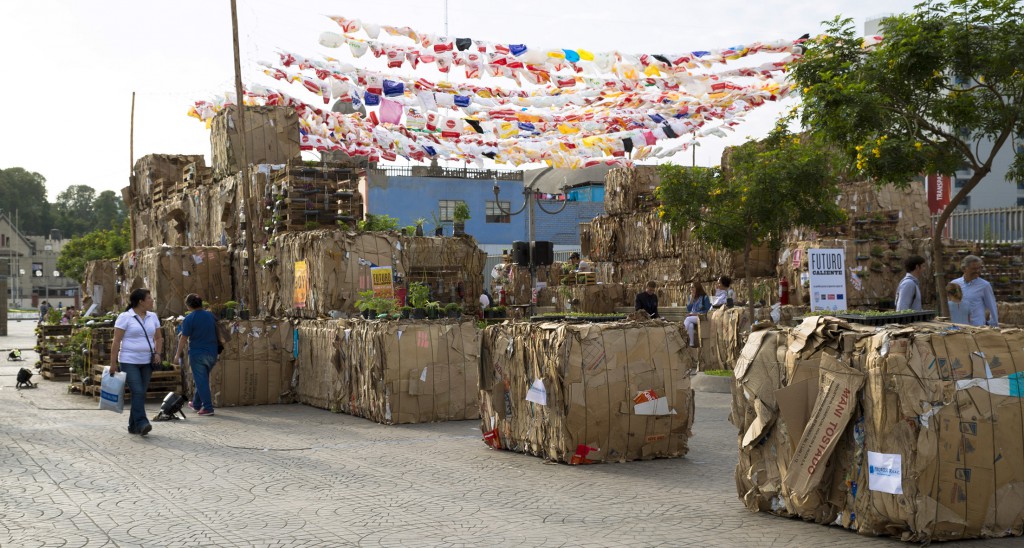 Teresa Borasino lives between Lima and Amsterdam. In her work, she uses social forms to engage with local communities. She held a flower market for the project Bijlmer Blooms and organised street barbecues with women in Barrios Altos for a project commissioned by the City of Lima in 2012. She creates situations that allow for collective experiences, encounters and interaction in public space. In 2014 she initiated Futuro Caliente with artists Elisenda Estrems and Maricel Delgado.