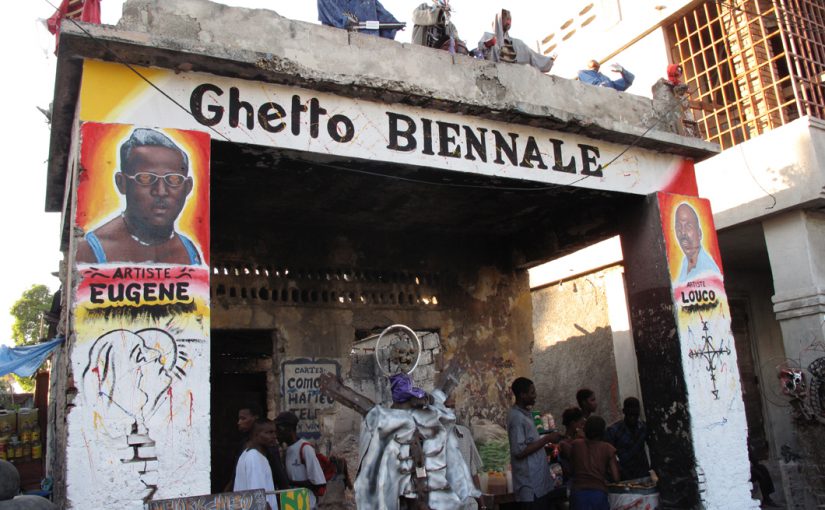 In December 2009, Atis Rezistans hosted the 1st Ghetto Biennale. The Ghetto Biennale was conceived as a response to global art world exclusion as the idea came out of conversations about issues of immobility and exclusion for Haitian artists of the lower classes. For GHETTO MOBILITY we plan to create a structure, which can be flat-packed and therefore portable, which can be transported and reconstructed in different cities in Europe. We envisage a structure capable of being erected within pre-existing public spaces and buildings. The structure will mnemonically reflect the neighbourhood where the Ghetto Biennale is held and also be designed modularly for greatest adaptability. This structure will be accessible and provide a phenomenological method of displaying visual arts, films, and documentation. We would want to locate areas and locations in Europe where there could be loosely considered parallel conditions to the Grand Rue neighbourhood in Haiti. These could be areas of economic decay, cultural isolation and social, class and racial segregation. In every location we would always primarily want to connect with local marginal cultural producers and curate collaboratively. We have already formed connections with 6B, an artists’ collective in St Denis, Paris, which reflects both the local racial demographic and a metropolitan/periphery binary; Trampoline House, Copenhagen which is a user-driven culture house for refugees in Denmark and New Arts Exchange in Nottingham which serves a local Caribbean and Asian immigrant community. We hope that this will be an important public and structural articulation of the discourses surrounding the exclusion of the margins. 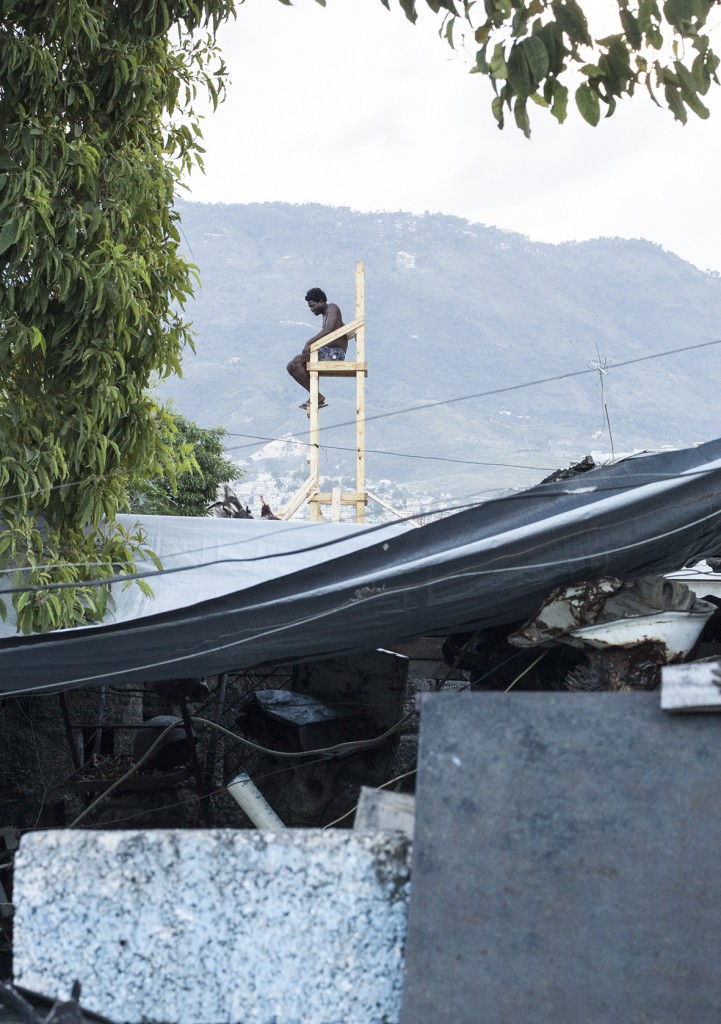 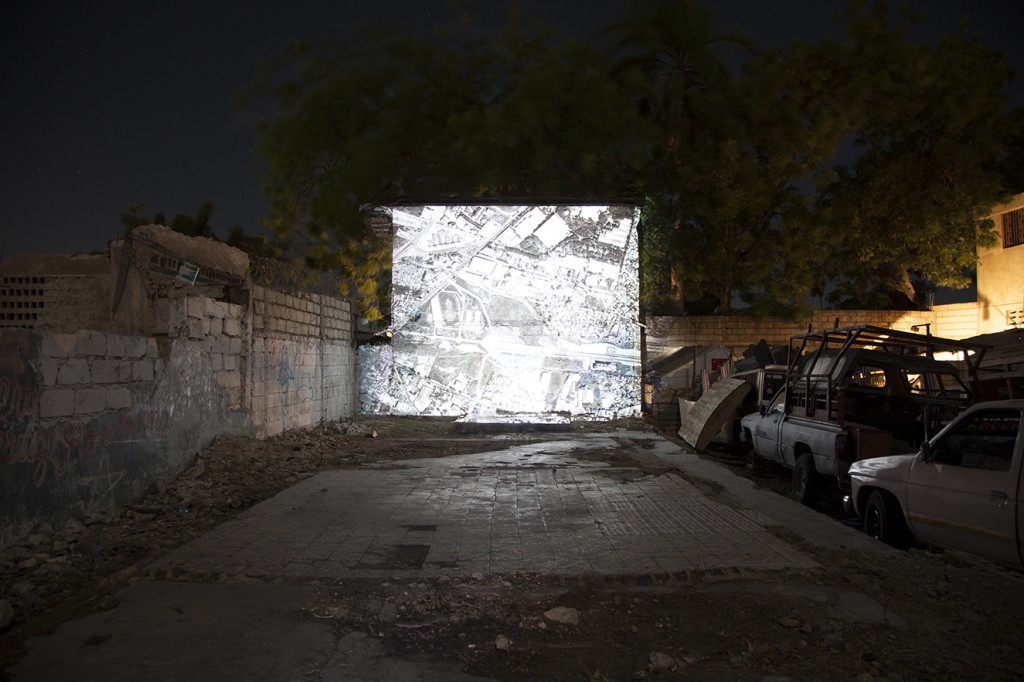 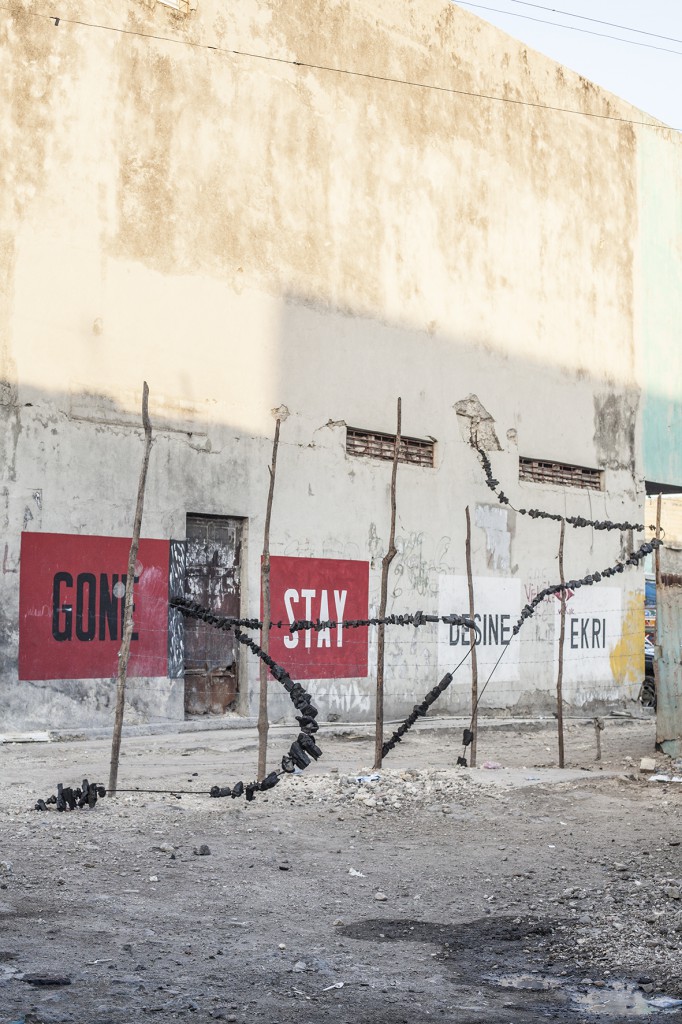 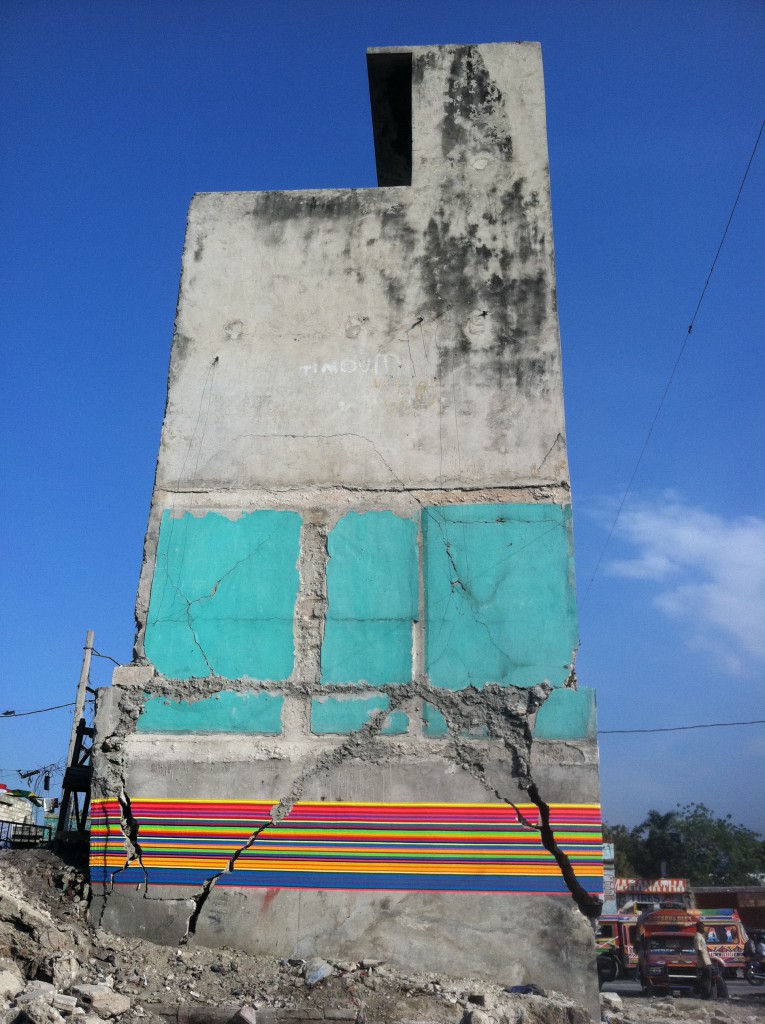 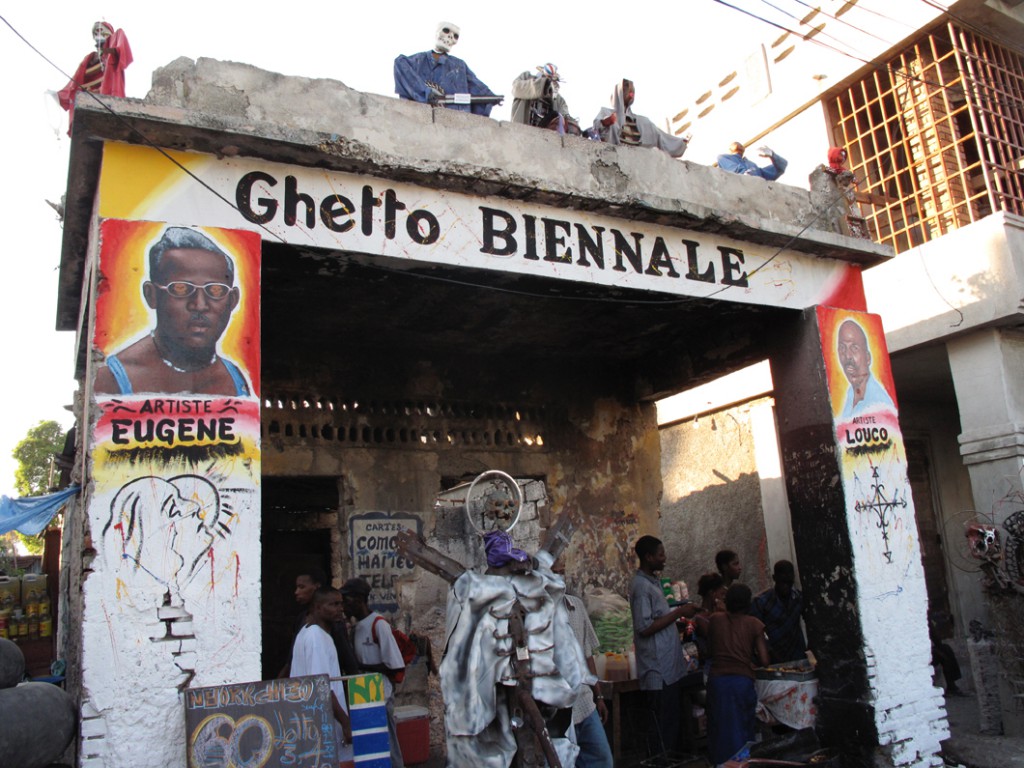 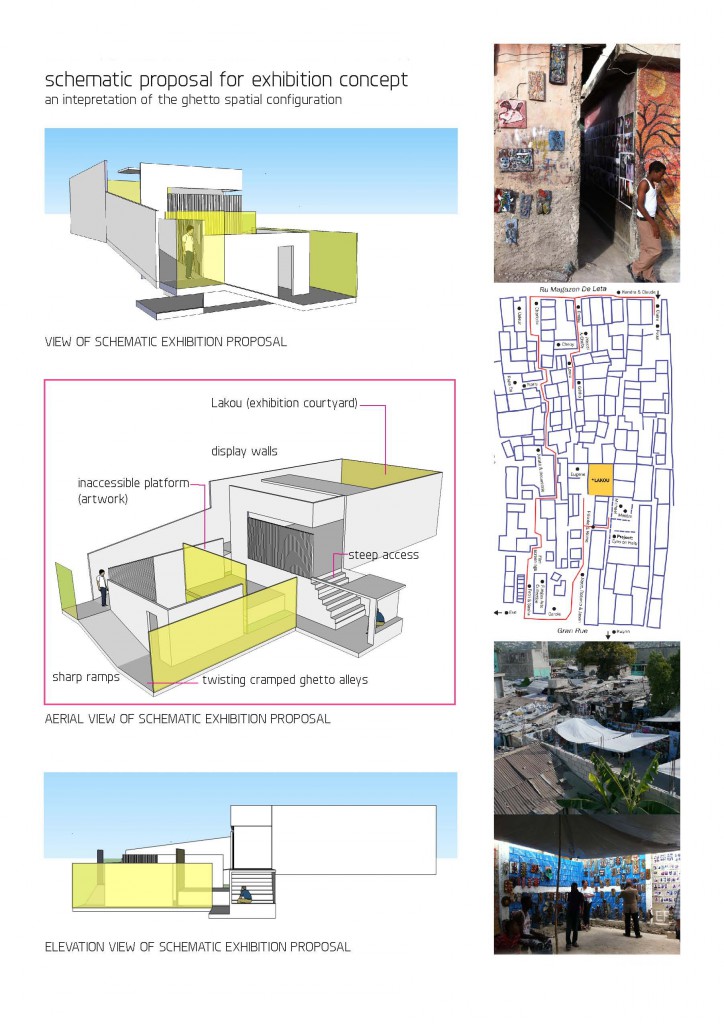 Leah Gordon is an artist and curator, and marks ruptures between post-colonialism, class and folk history. Her work has been exhibited internationally including the Museum of Contemporary Art, Sydney and the Dakar Biennale. She is a co-director of the Ghetto Biennale in Haiti and was a curator for the Haitian Pavilion at the 54th Venice Biennale. In 2012 she was the co-curator of Kafou at the Nottingham Contemporary and on the curatorial team for In Extremis at the Fowler Museum, UCLA.