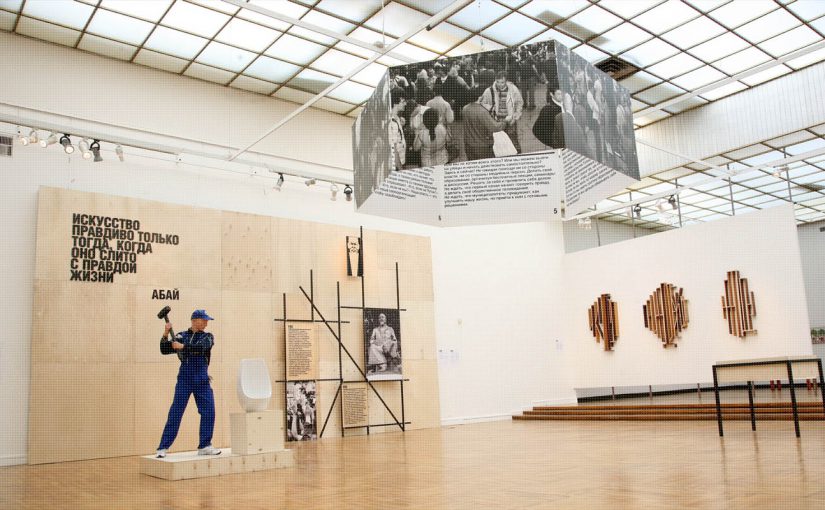 Guided Art of Democracy re-actualizes an event from the time when the new Russian state was being born in October 1993, when president Yeltsin achieved extra power enshrined in the new constitution after having suppressed the defenders of the White House with slogans defending freedom and law. This event, crucial for creating the architecture of the “guided” (or “imitated”, in Russian) democracy, is still imprinted in the society’s consciousness as a trauma. Contradictions between law and personal will, between truth and lies, between hope and fear, all still gnawing the body of the new Russian state, remain acute and determine political lines of force in the country up to the present day.

“Guided Art of Democracy”, structured as a reenactment with the elements of a flash mob action, is aimed at forming a new view on the origin of contemporary Russian power, which is based on anti-
democratic violence. I believe that values such as truth and transparency, that became two of the most important ethical terms in the Russian opposition’s rhetoric over the last few years, have a key role in the process of democratic transformation. On the other hand, Russian society is still too young, and isolated shock actions do not suffice in this context. We are in urgent need of a school of free will and political participation. “Guided Art…” is intended to give us the opportunity of common learning. Some may say that this project is also an illusionin a certain sense, resembling itself a form of guided, or imitated, democracy. Albeit stemming from the same source, the game of art goes a step further to become a part of life and the new reconfigured democracy, transforming from an illusion into a real process. 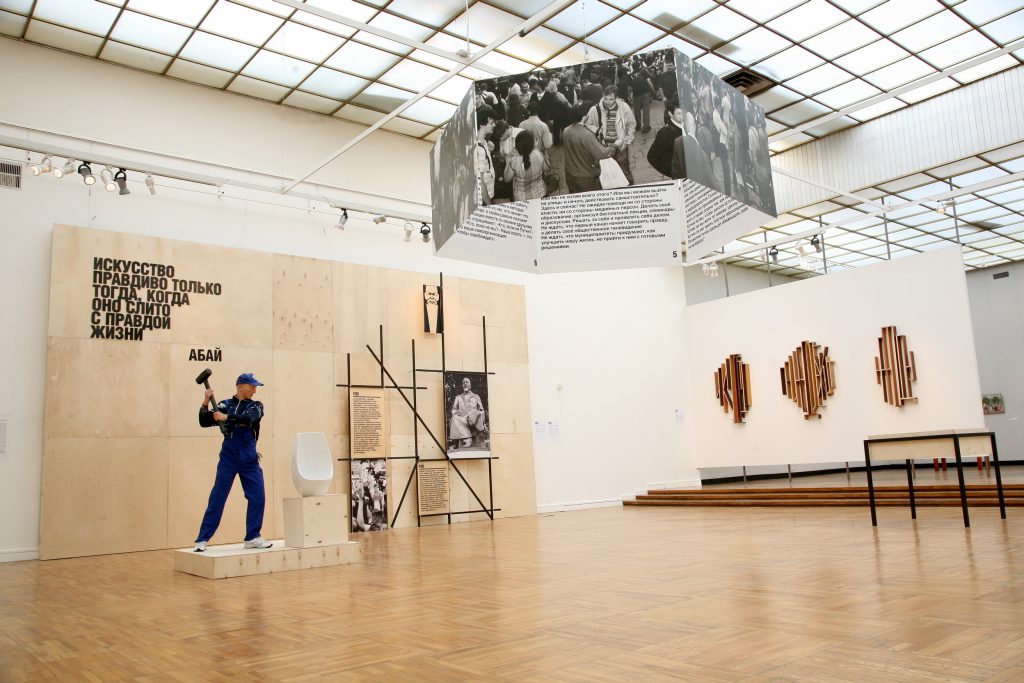 The project is to be realized in the Krasnaya Presnya district, preferably in immediate proximity to the White House (which now houses the Russian government). This used to be a working class area, and is considered to be the cradle of the Russian revolutions of 1905, 1917, 1991, and 1993. It is also here where the Moscow Occupy camp was situated in 2013. Zhilyaev would like to make “Guided Art of Democracy” a continuation of the educational and artistic activities in the Presnya area.

Already at the present stage, the project is being prepared not only bythe educational community of the “Pedagogical Poem”, but also by a group engaged in the development of role-playing games. According to our view, the action should involve activists of the modern opposition organizations (who actively participated in the 2011-2012 protests), direct participants of the 1993’ events from different sides (the defenders of the White House who were amnestied, and some representatives of the authorities who have recently entered opposition organizations), and as many other interested people as possible.

Arseniy Zhilyaev (born 1984 in Voronezh, Russia) is an artist, writer and political activist who lives and works in Moscow and Voronezh. His artistic practice poses questions about сultural production under the post-Soviet condition and as an artist and activist he is involved in intense debates around precarity. Within his recent projects Zhilyaev reexamines the heritage of Soviet museums of revolution (“Museum of Proletarian Culture” – an ongoing project reassessing art history from the viewpoint of an imaginary future after a socialist revolution; “Pedagogical Poem” – a project in the form of school dedicated to the history and possible representation of history in a contemporary museum).