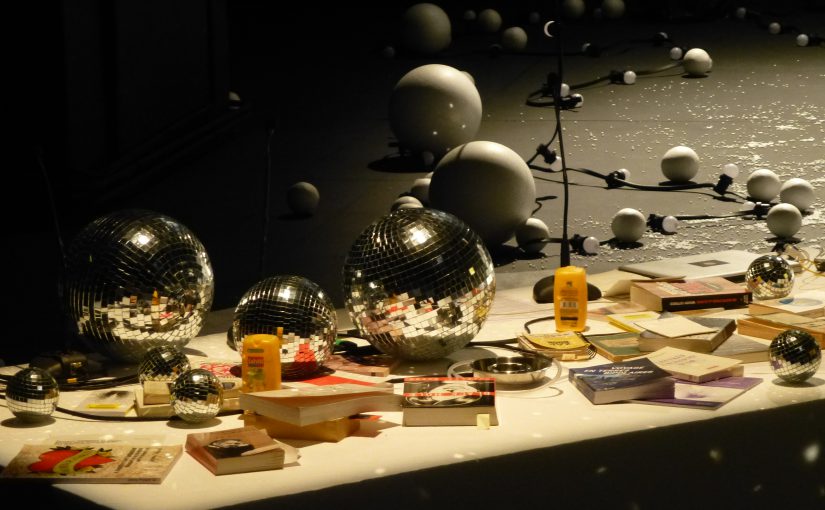 Huntingtonland, Exploration No.4 is an ongoing performed conference (texts, video, dance) which we want to stage in medical schools, care institutions, scientific congresses, and committed art spaces. Alice Rivières is a young woman who learned that she will develop Huntington’s disease (HD) and who is now faced with the challenge of transforming a terrifying medical prediction into something other than desperation. Following her queries, this original conference traces the unprecedented explorations, modes of description and instruction to which HD invites us while effecting an in-depth reshaping of our perceptions of it. Conceived in close collaboration with HD-users–the core of our ‘co-productive’ methodology–it allows the public to plunge into the throbbing heart of the laboratory created by Dingdingdong. Bringing movements of thought and body on stage, it renders our strategy of sidestepping the ‘probable’ by highlighting creative potentialities rather than inexorable losses, making them tangible to the audience.

We initiated this project in 2016 after our more costly show could not reach the desired publics due to the distinct economy of the performing arts. Our project is to develop an English version to further strengthen our international network. However, it is not only about diffusing our work, rather each location is an opportunity for working with the people involved locally, thus creating new situations for learning and fruitfully coproducing HD’s ecosystem with and for its users. We are convinced that adopting original ways of thinking through a disease that transforms the bodies and souls of those who are touched by it, is an urgent necessity and that the arts offer irreplaceable tools for addressing this challenge and for nourishing antidotal factories of joyous hope. 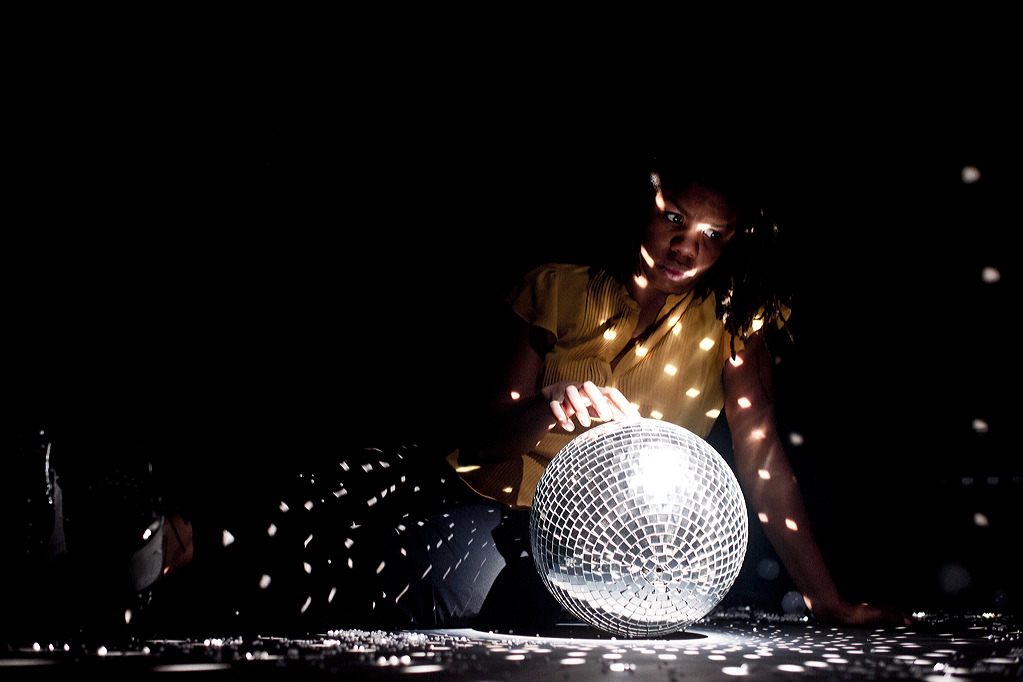 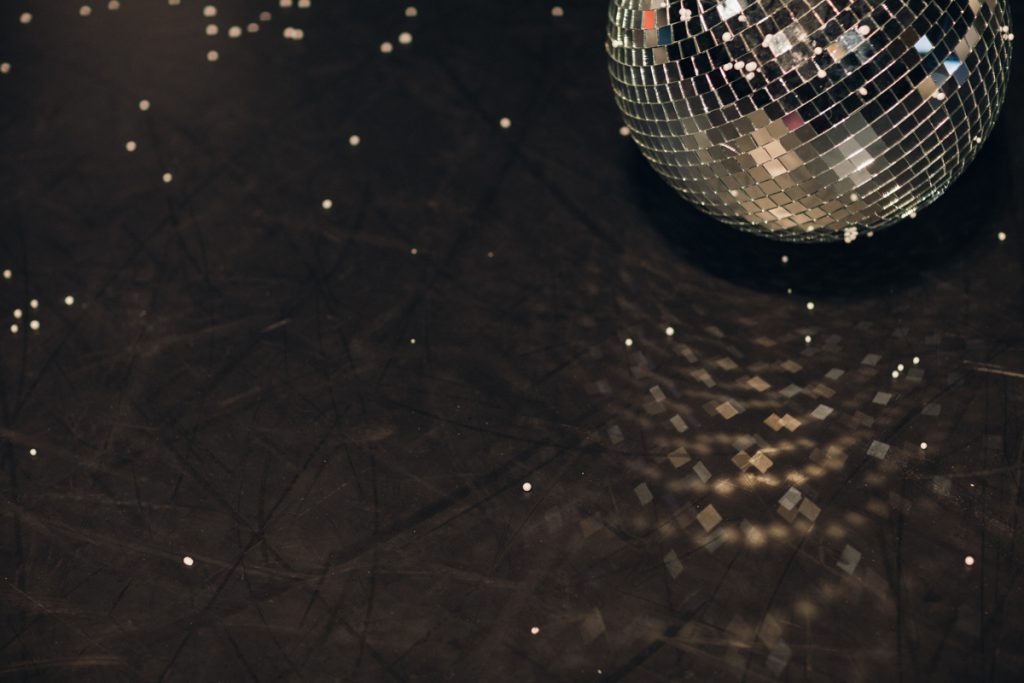 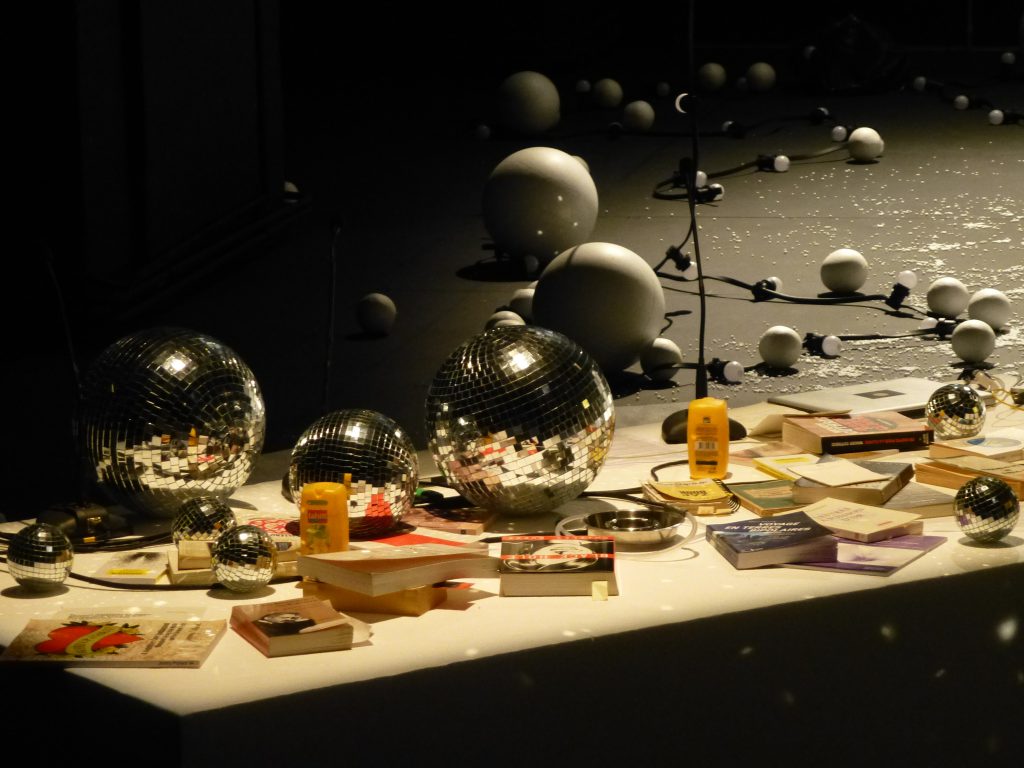 Dingdingdong, a group of artists, humanities’ scholars and clinicians, aims at making the bell of Huntington’s disease (HD)–a rare hereditary, neurodegenerative, and incurable disease–ring differently. Since 2012 and in close collaboration with those living with HD, we experiment with ways of apprehending their experiences that potentially concern us all: coping with a genetic disorder. Our wager is that ‘possibles’ worthy of celebration flourish even in the most difficult situations.