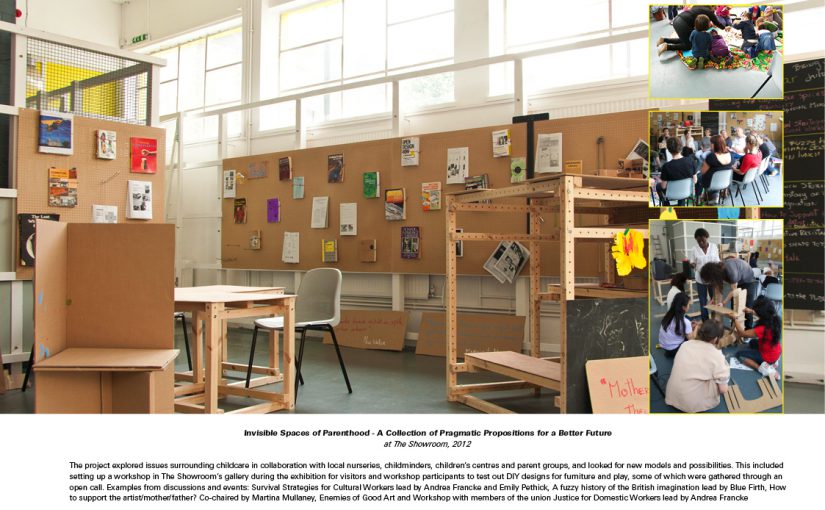 Since 2009, Invisible Spaces of Parenthood (ISP) has developed as an on-going artistic research project and collaboration between Andrea Francke and Kim Dhillon, exploring non-representational politics of motherhood and the labor of caring for children.
We look to the ’60s and ’70s when debates of maternal labor were re-examined amidst feminism while simultaneously referring to DIY and utopian movements that attempted to re-think society through the production of new models. We make objects, books, research, and events that make visible feminist and radical histories that have been forgotten, while producing new material and discourses that circulate outside of the gallery space, carrying this potential.
Current projects include Child’s Play, partly commissioned by The Serpentine Gallery. The project explores the forgotten connection between Froebel’s pedagogy (Kindergarten, the first Early Years pedagogy) and the development of modern art, by producing toys that make visible how the Bauhaus syllabus was influenced by Froebels. The toys are developed in collaboration with an Early Years education center and the first one will enter production in July to be circulated through a network of nurseries, while also made available as printed and PDF manuals in regular toy shops. The manual will raise issues on why these connections have been erased and the lack of value projected on early years education and care labor that is mostly done by women, in parallel with the very complicated history of the Bauhaus relation to its female students and staff. They are also being used as a political tool to fight the closure of nursery schools as an educational model by the current British government. We are currently looking for more institutions to host the development of the other toys. 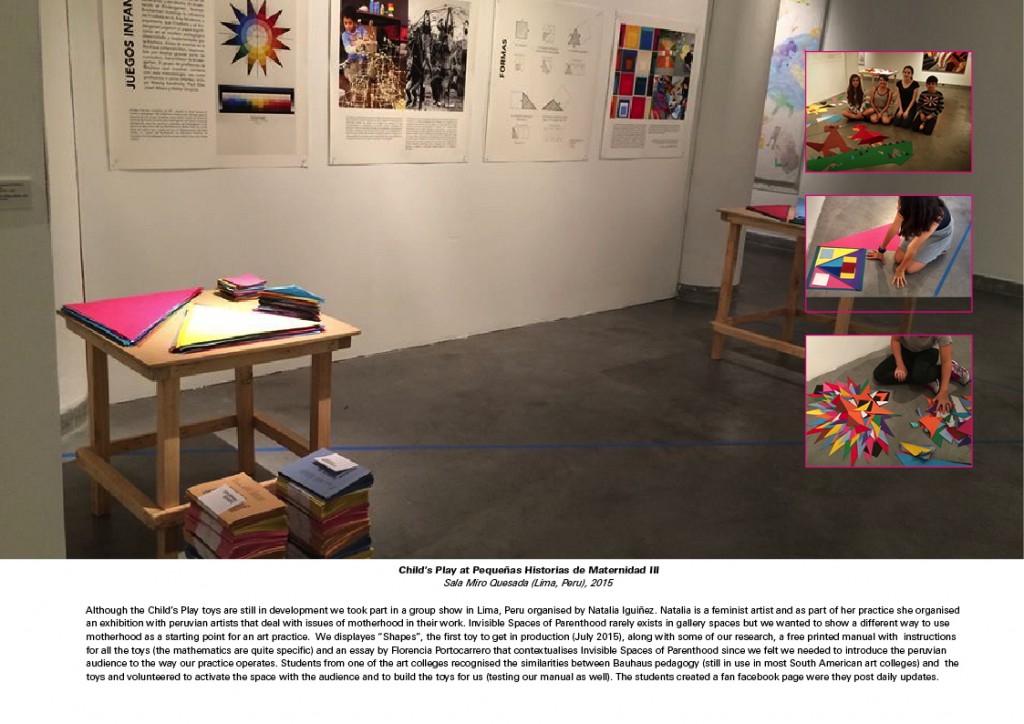 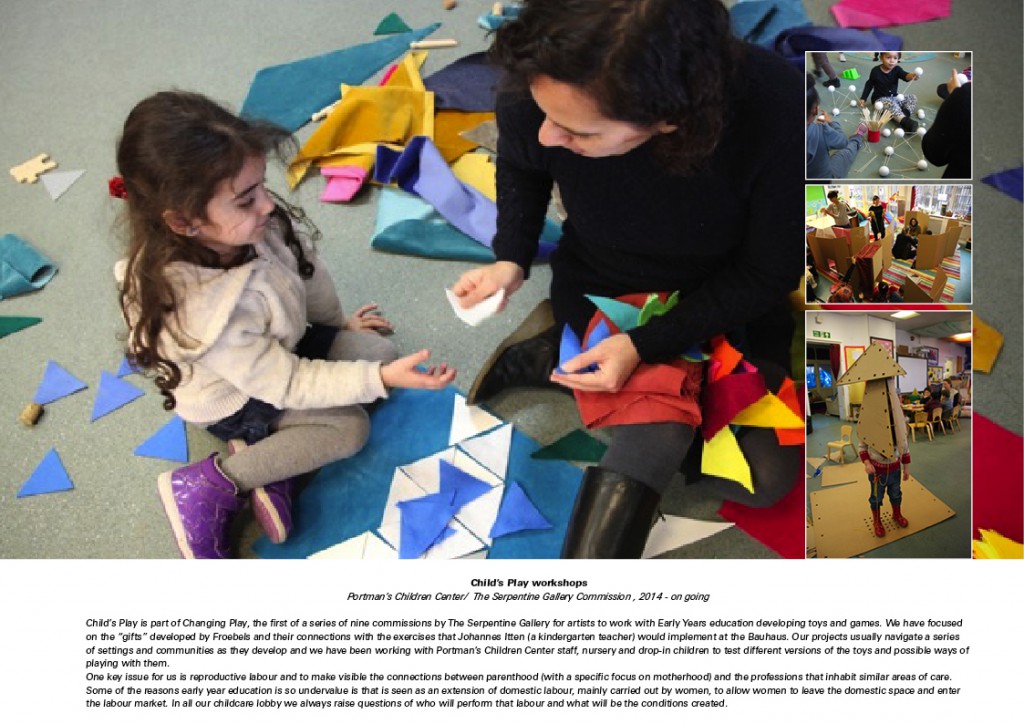 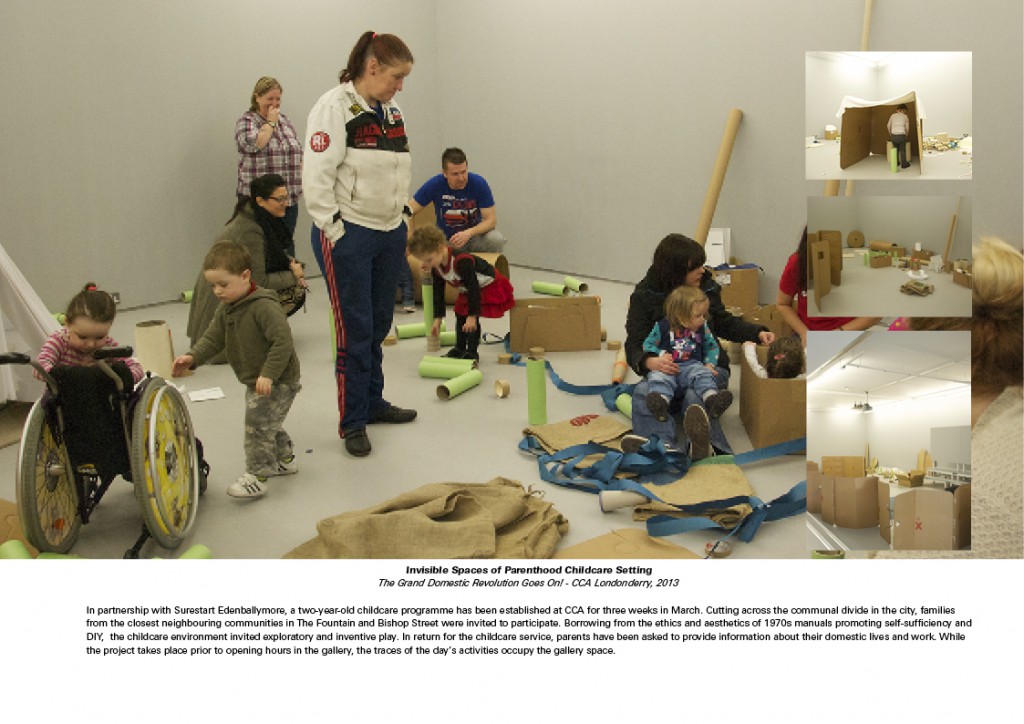 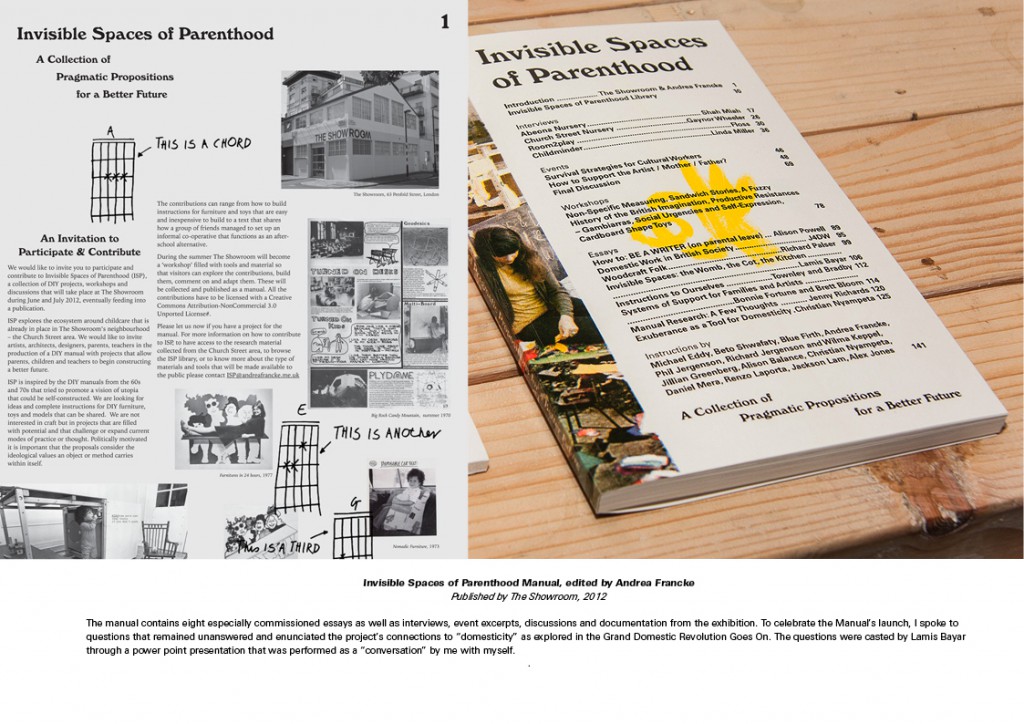 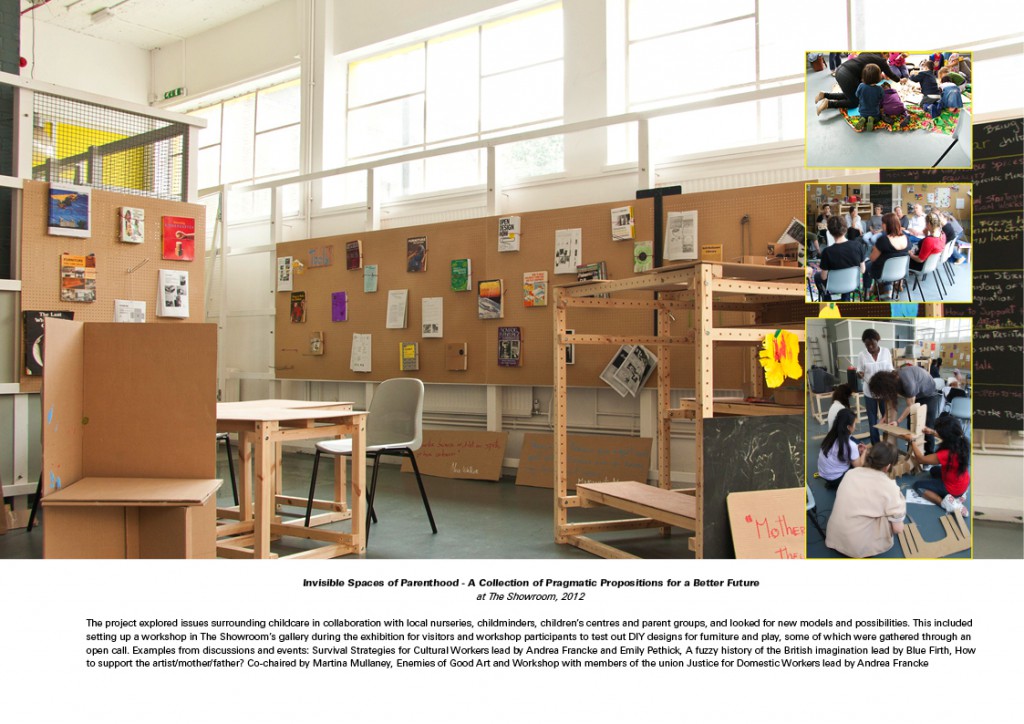 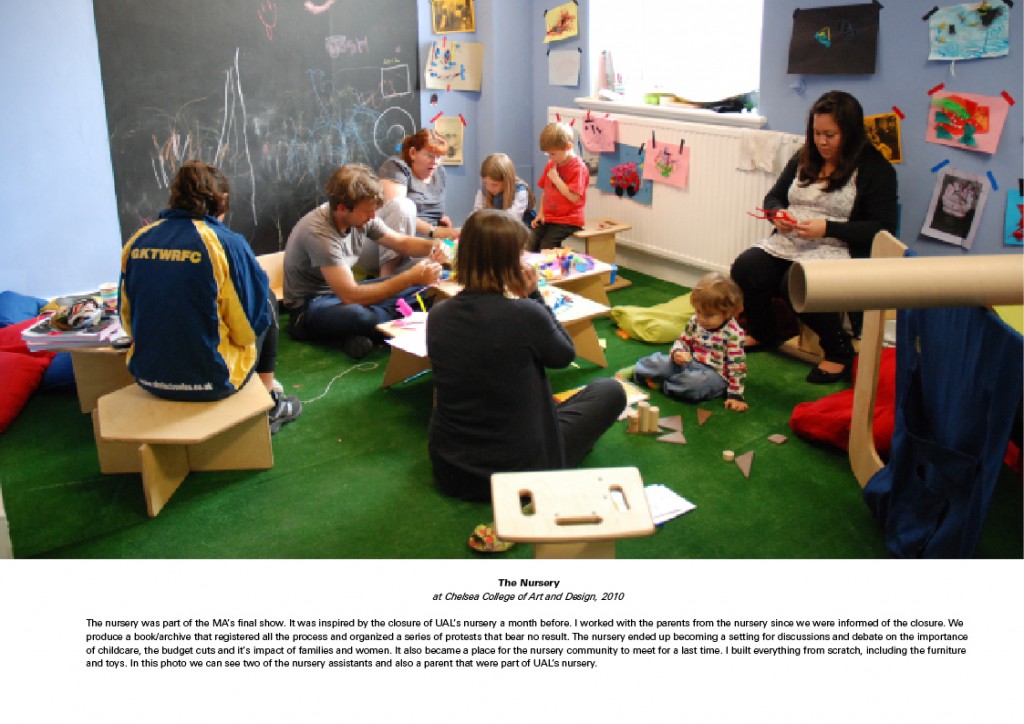 Invisible Spaces of Parenthood began in 2009 when Andrea Francke, as part of her activist work in reaction to the closure of the nursery at UAL (London), set up a functional utopic nursery at her MA show at the Chelsea College (part of UAL) where she was a student. Writer Kim Dhillon joined in 2014 after they both worked together in the campaign to re-open and re-historicise the RCA nursery.