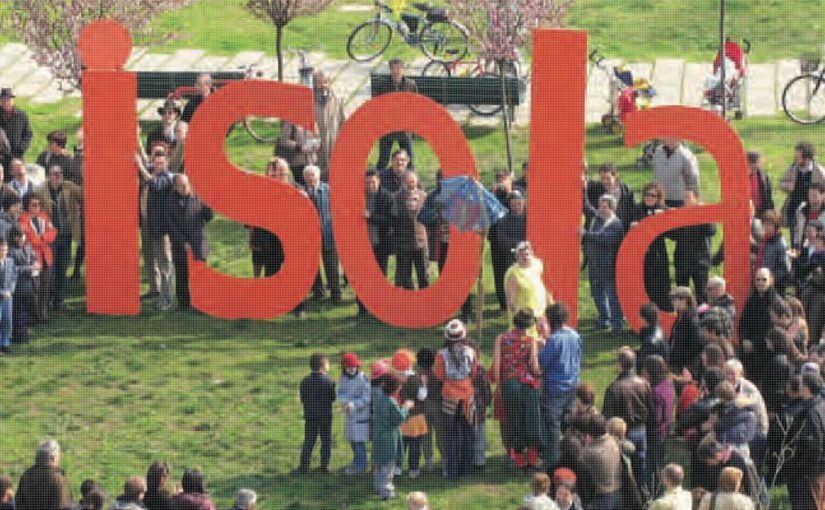 “I’m a builder of platforms. Usually, I build platforms with white painted wood, the most known being probably the „Philosophical Platform“ for Sculpture, Projects in Münster, 1997.

My platforms, (and pavilions, which I consider as roofed platforms), are social spaces, where all kinds of activities can freely happen. ”The platform Bert Theis would like to submit for „Visible“ is not made of wood, but is a conceptual one: Isola Art Center in Milan. Despite its (self-ironic) name, Isola Art Center is not an institution with a building, but a kind of movement, an open platform, a tool that allows working with the energies of contemporary art in the social field of urban conflict. The context of the project is a rather violent urban transformation, determined by neo-liberal urban development and gentrification: The former industrial and working-class district of Isola is being transformed into a district for the wealthy, completely erasing the memory of the past. Bert Theis’s role in the project is a multiple ones: as an artist he realized several artworks linked to the context, as sub-curator he curates and co-curates shows and projects, as an activist he is involved in petitions, meetings and actions, as a gardener he is working in the community park, and so on. 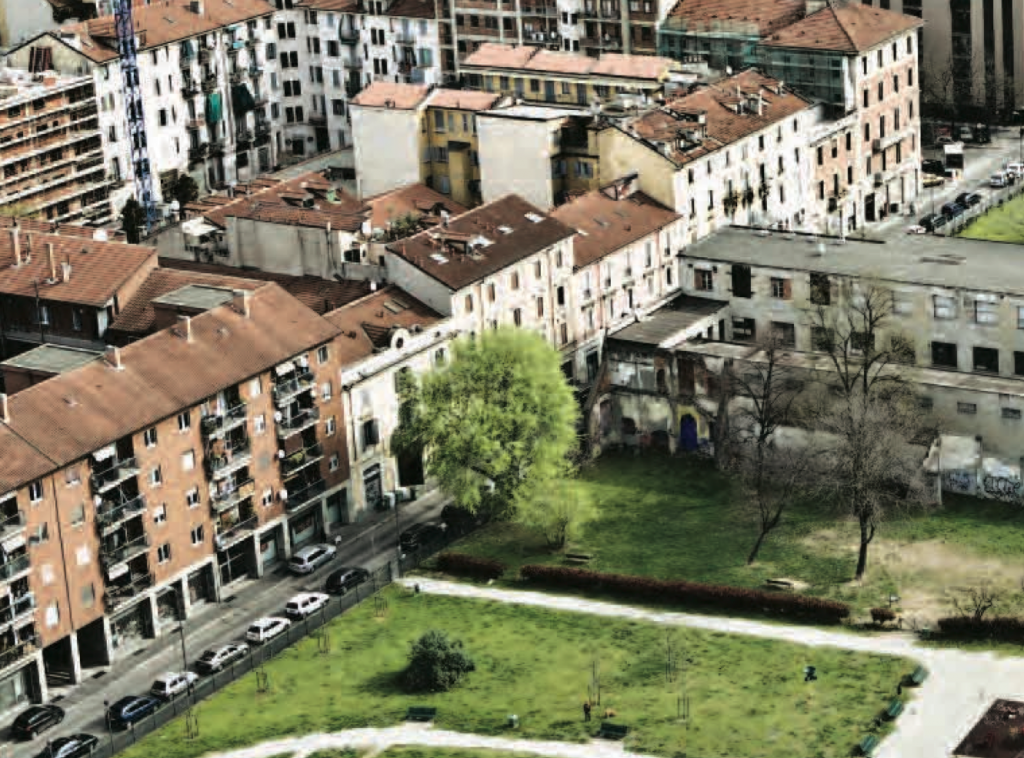 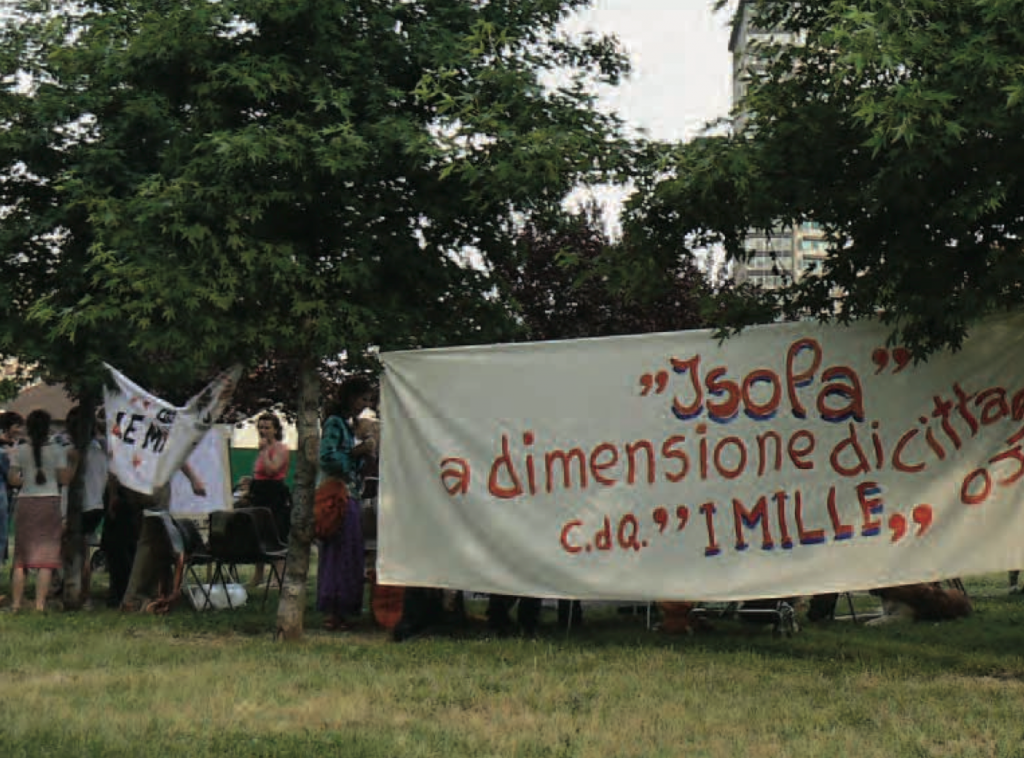 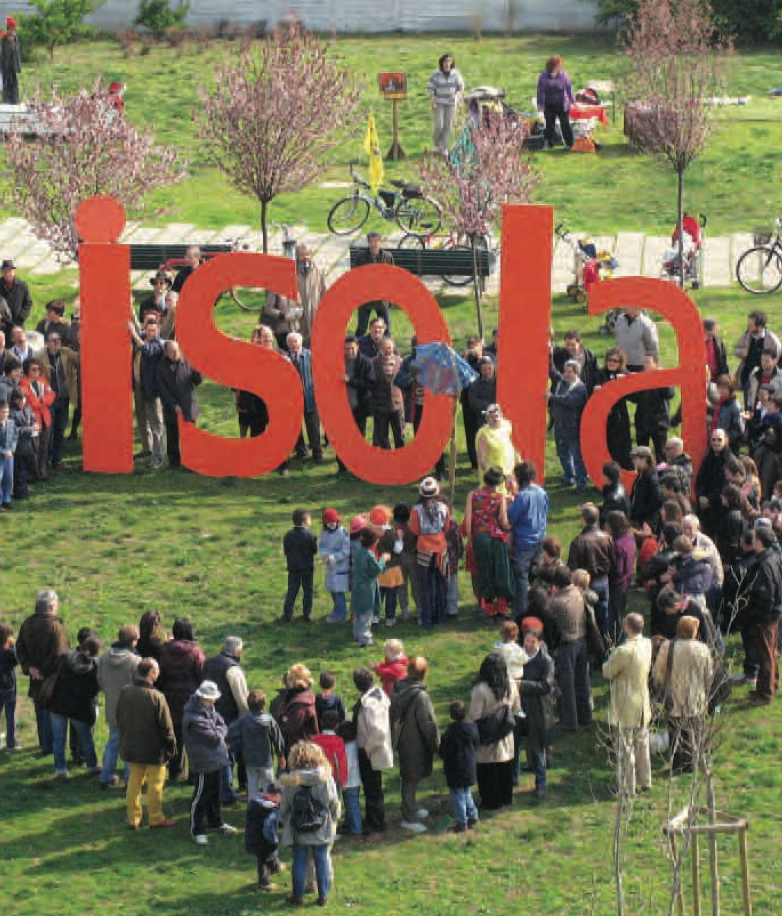 The challenge of the long-term artistic project (initiated in 2001) is to point at real social and political changes, not limiting the role of art to the representation of such changes. To be more precise, Isola Art Center is working on the needs and desires of the inhabitants of the Isola district, for self-organized green, social and cultural spaces, pointing at a new kind of urbanism from below. This brought them first to occupy for five years the former industrial building called the Stecca, and now to work at making the precarious Isola Pepe Verde Park become permanent.

Bert Theis lives and works in Luxembourg and Milan. He belongs to that generation of artists who emerged at the beginning of the 90’s, who approached public space as an unmonumental and emergent zone with possibilities. He anchors his works to social contexts and relational modalities, without, however, denouncing them as works of art. The works of Bert Theis are always conceived to be put directly into the outdoor spaces of a city, even if the Luxembourg artist has become famous for his participation in many important international expositions, from the Venice Biennale, Manifesta 2, to ‘Skulptur. Projekte in Münster 1997′, and Gwangju Biennale 2002 in South Korea. The assumption of a hyperactive society driven by excessive consumption informs the common background of Bert Theis’ works.