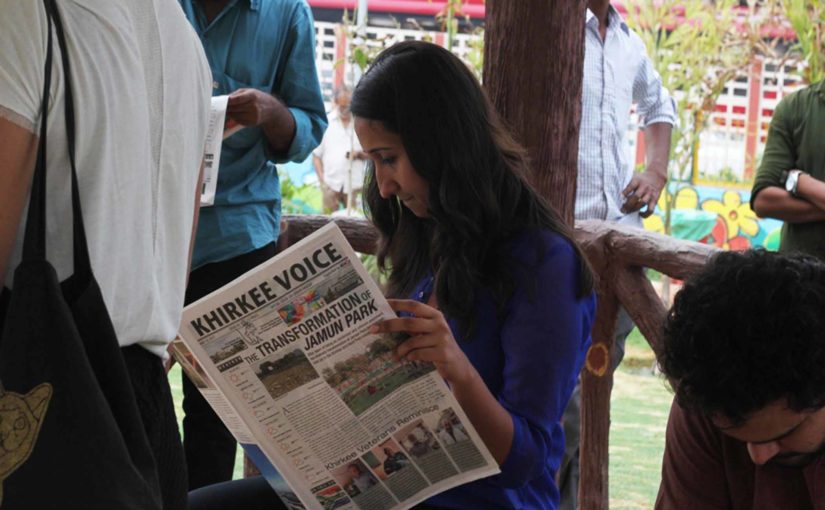 Khirkee Voice was proposed as a Public Art Intervention in the form of a ‘community newspaper’, in response to the Coriolis Effect: Migration and Memory Residency at Khoj in 2016. Soon after this, Khoj commissioned us to produce the publication as a bilingual quarterly.
Based in the neighborhood of Khirkee Extension in South Delhi, the project looks at the urban village from historical, sociological, and cultural perspectives, bringing together stories, unseen realities, and lived experiences of the diverse, largely immigrant, community. We use tools like photography, illustrations, info-graphics, artworks & poetry to disseminate complex ideas about our urban condition.
Over the course of two years, the project has expanded into physical events and workshops, creating a platform for some unprecedented interactions. The Khirkee Talk show, a pop-up within the community, became a safe space for an open and honest dialogue between locals and members of the African diaspora, who are often persecuted for their race. Serious questions were raised and addressed in an atmosphere of lighthearted joviality, and much was learned by everyone present. We have found, and featured, local musicians, poets, writers, photographers, filmmakers, dancers, and artists regularly in our ‘local talents’ column, which is hugely popular among the locals. Going into our third year, the project recently organized free skill development workshops, with support from Khoj, in writing and photography. The workshops are the first step towards our goal of establishing a team of motivated, and skilled individuals from and of the neighborhood who could take the project on for themselves, spurred on by the call to collective action for the community.

Watch here a video with highlights from the Visible live conversation with Malini Kochupillai and Mahavir Singh Bisht, founders of Khirkee Voice, on 23 August 2020, within the context of the online public program ‘Society of the Many’ 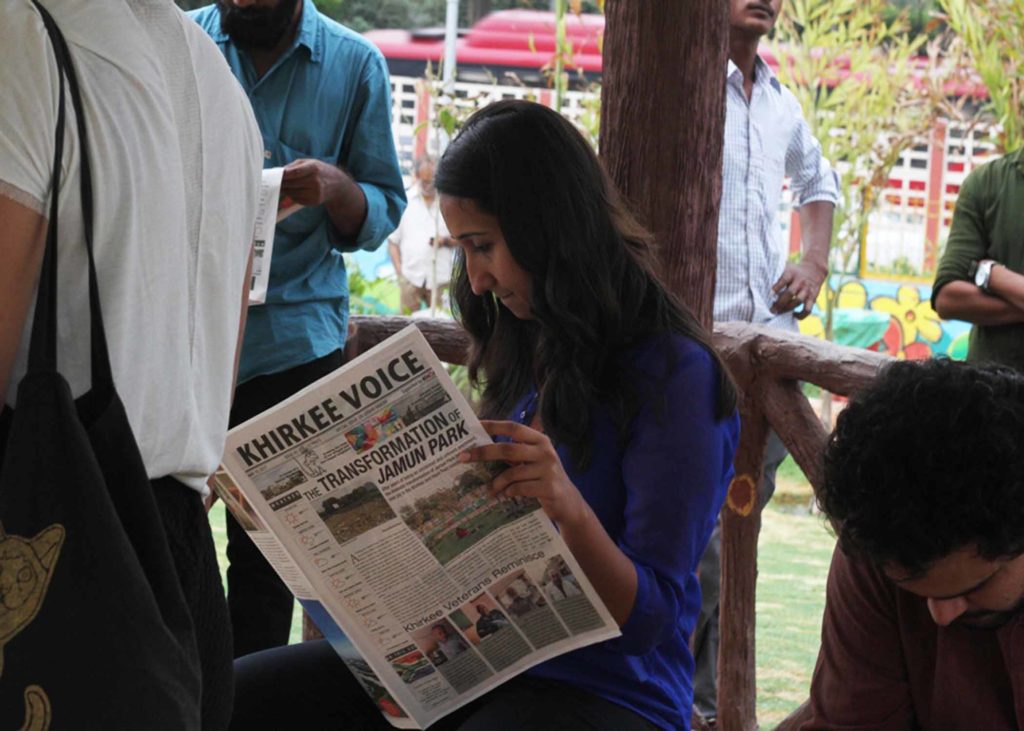 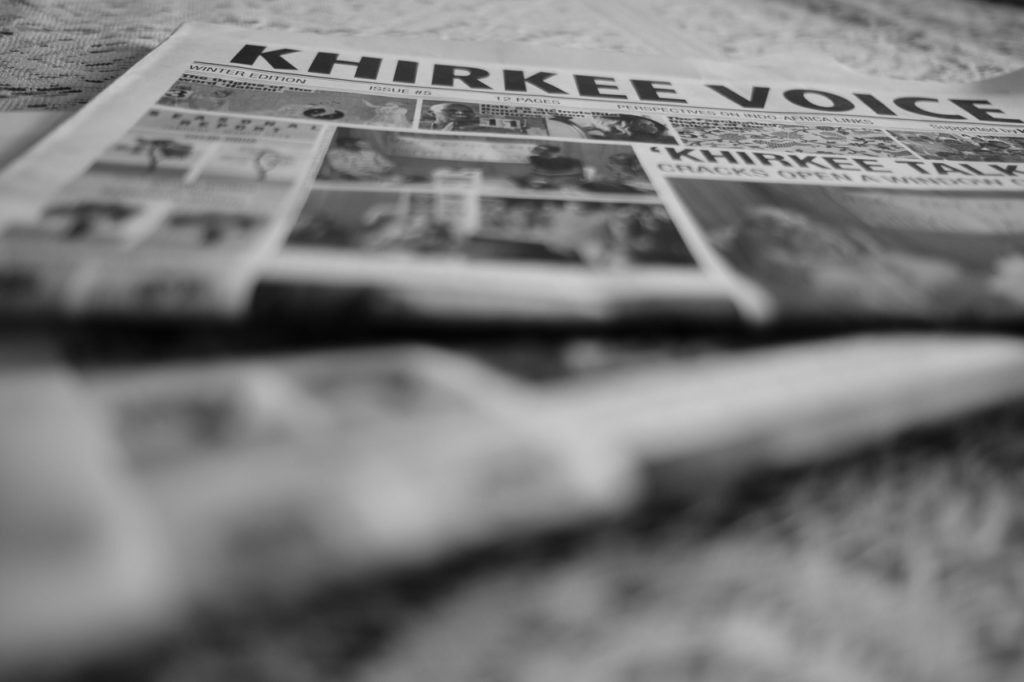 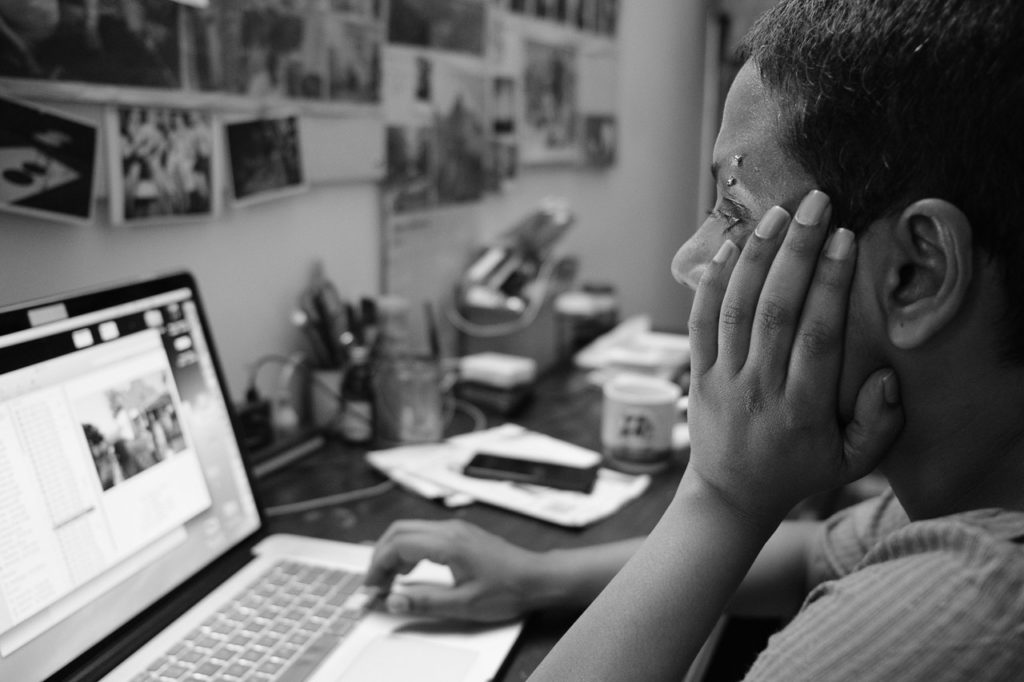 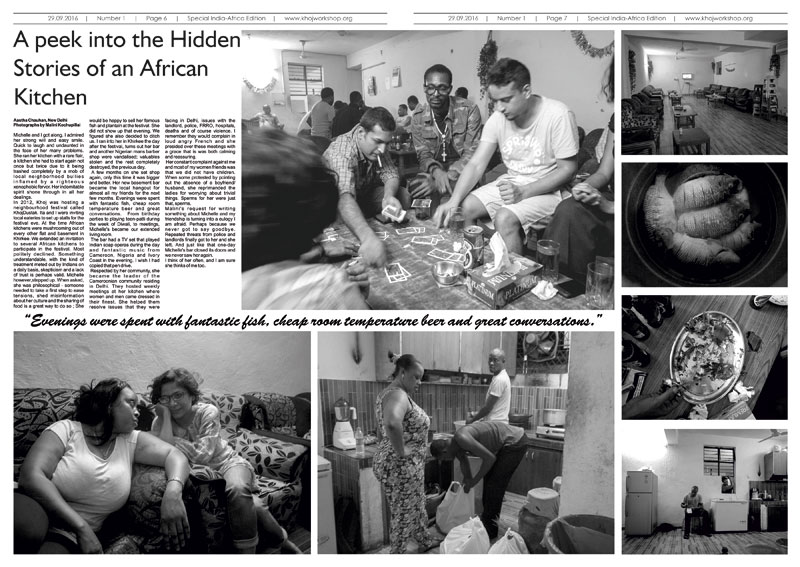 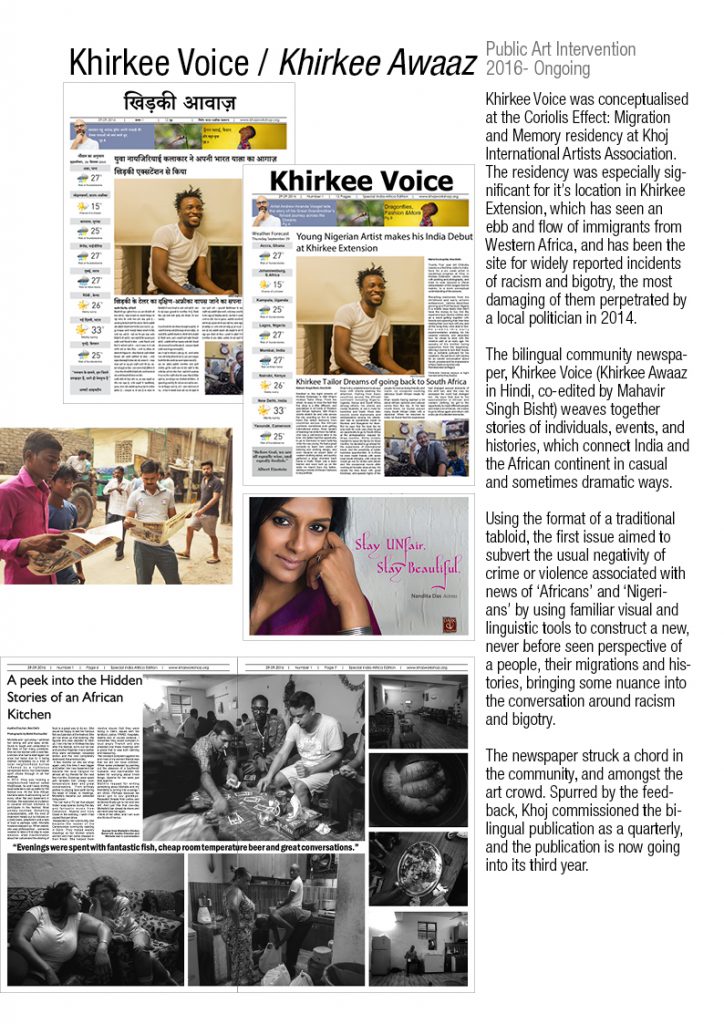 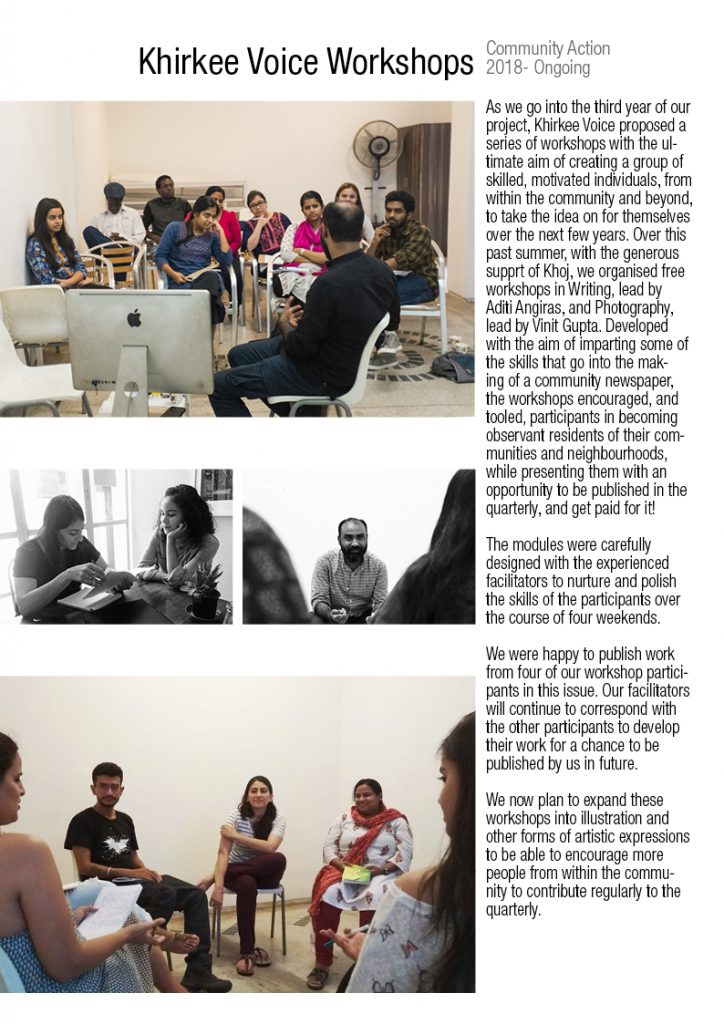 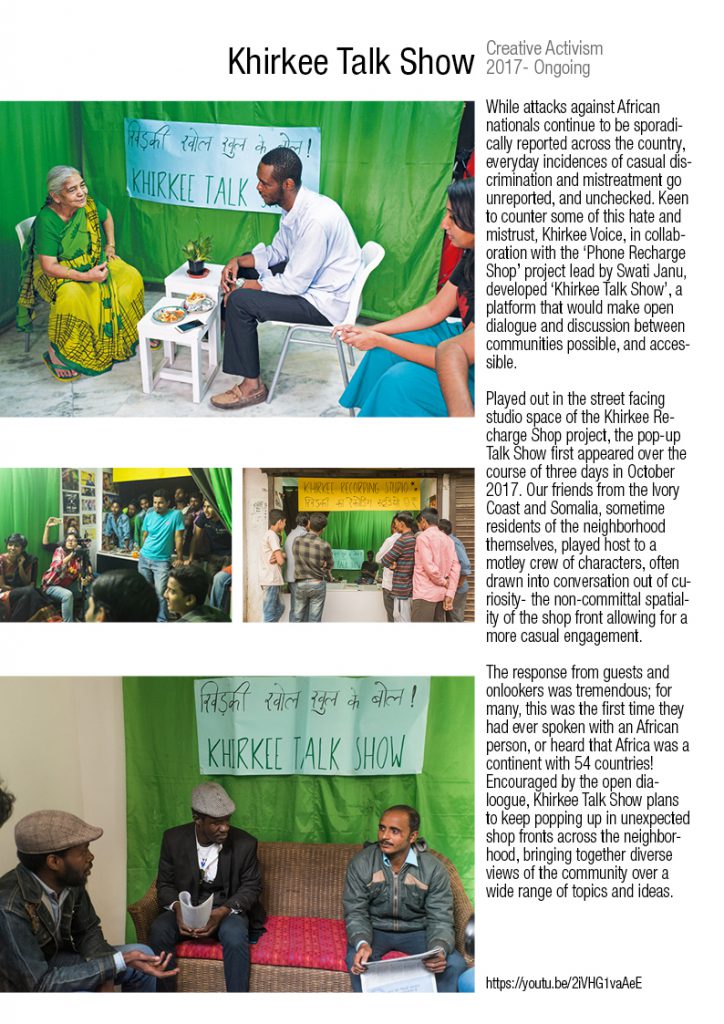 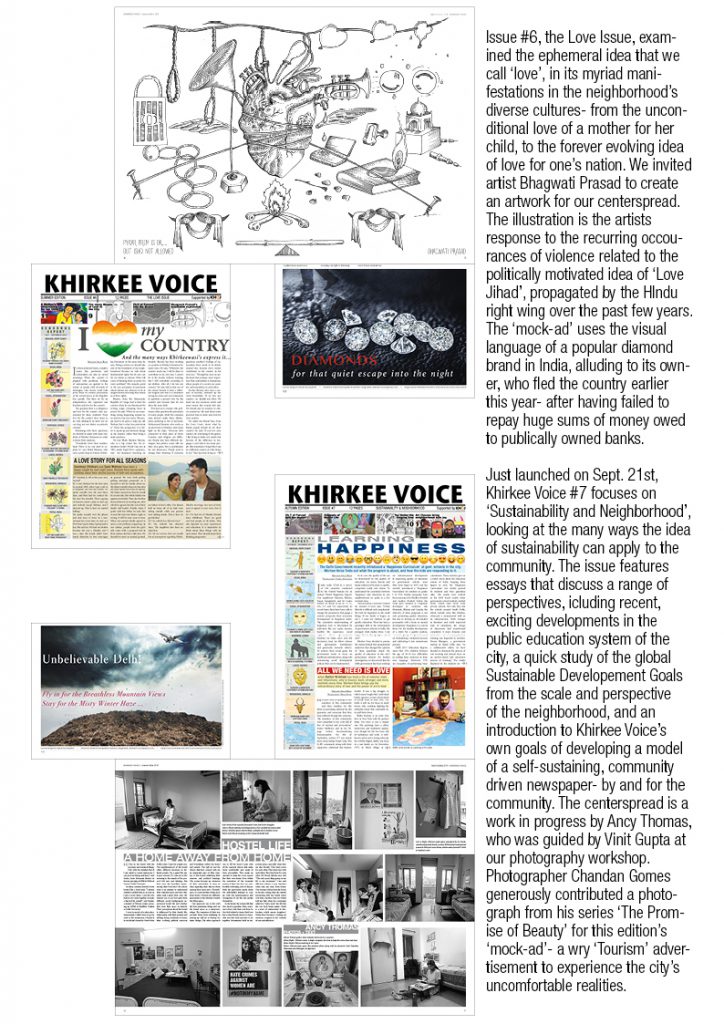 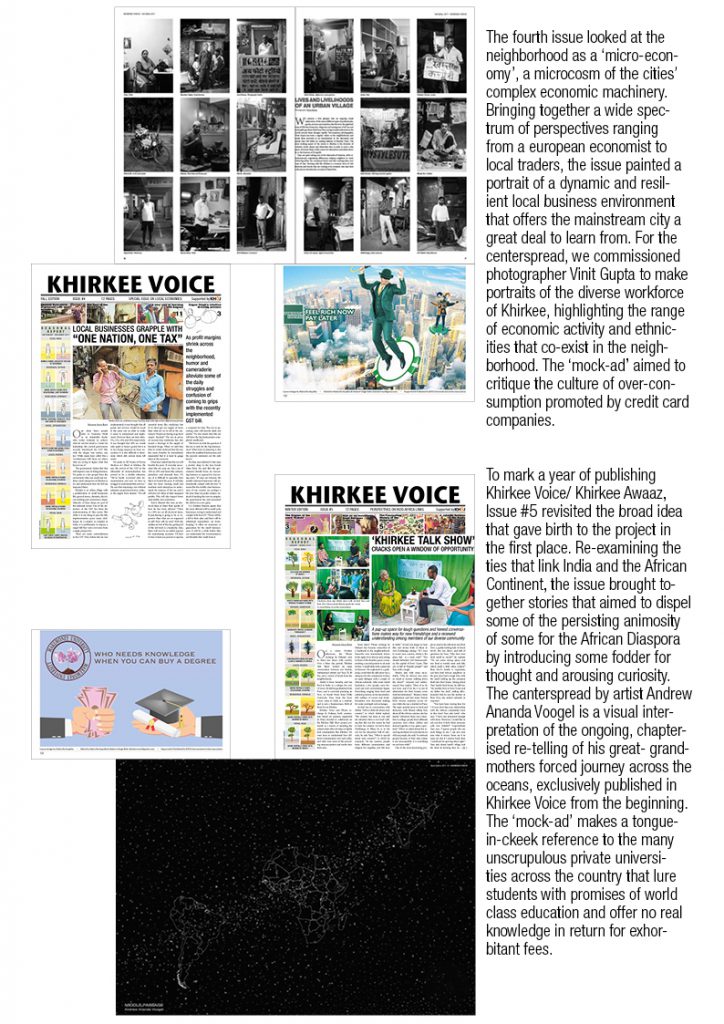 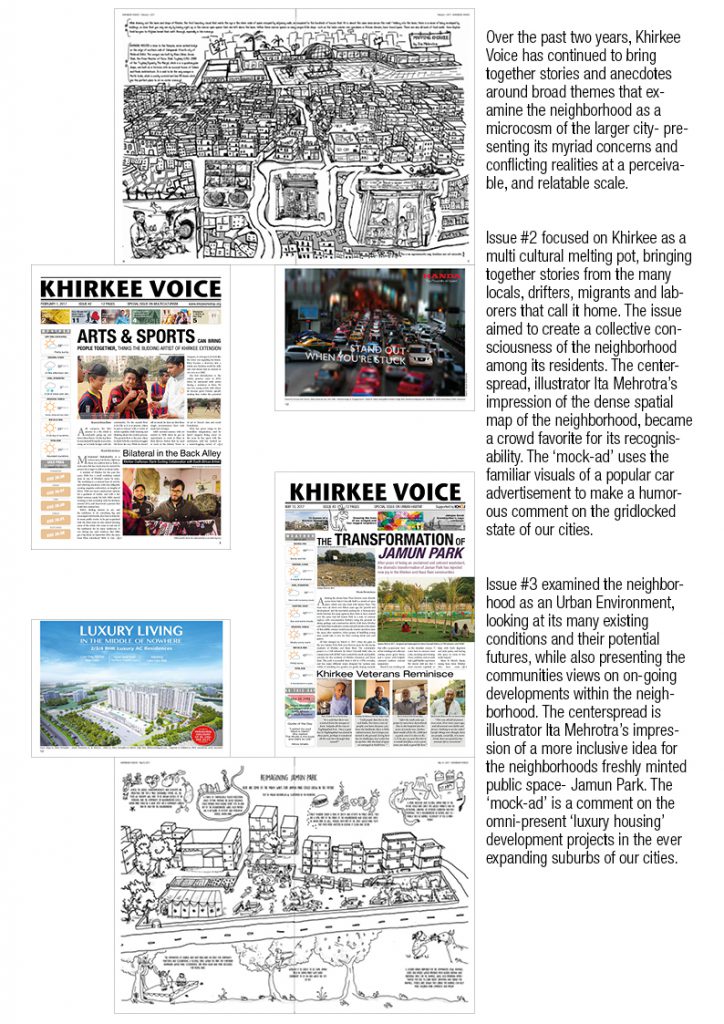 Malini Kochupillai is an urban researcher whose work intersects the fields of art, urbanism, and activism. Using the tools and materials of these diverse interests, she develops projects that translate complex ideas about the socio-urban condition of our cities into accessible, sometimes surprising, public interventions.
Mahavir Singh Bisht is an independent Journalist and photographer with an abiding interest in documenting and projecting voices from the margins, in the vernacular of the street.