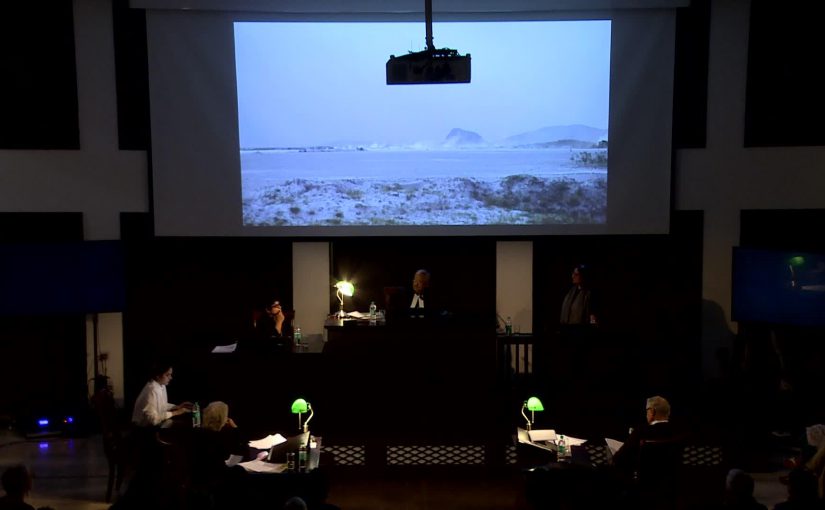 Landscape as Evidence: Artist as Witness, conceived of by myself and Khoj International Artist’s Association and in collaboration with Anand Grover, takes the form of a staged hearing with Honourable Justice Yatindra Singh, lawyers – Anand Grover and Norma Alvares, and artists – Navjot Altaf, Ravi Agarwal, and Sheba Chhachhi.
The petitioners, myself and Khoj, oppose the recently cleared River Linking Project by the devastation caused to the environment. The hearing before a Commission of Inquiry debates the question of how to measure loss premising art as evidence and artists as witnesses.
The project has an iterative format with each successive version engaging with a different ecological issue and a changing roster of artists. The project opened at the Constitutional Club, New Delhi in 2017 with a forthcoming second iteration in Goa, December 2018. With a production grant, we hope to perform the project in Pune and Calcutta as well.
Late legal scholar Robert Cover proposed the world of law as a system of tension, which bridge concepts of reality to an imagined alternative through the device of the narrative. These narratives require a leap of imagination to connect not only ‘what is’ and what ‘should be,’ but also what ‘might be’ – law can either expand the way we think about the world and our position within it or become a mechanism that limits and controls.
Both law and art assert productions of truth and reality; the construction of narratives; a historical frame of reference; and the creation of alternative conditions and visions of the present. In considering this parallel between law and art, the project hopes to develop a set of arguments and judgments that are an exploration into whether art can allow for a legal paradigmatic shift. 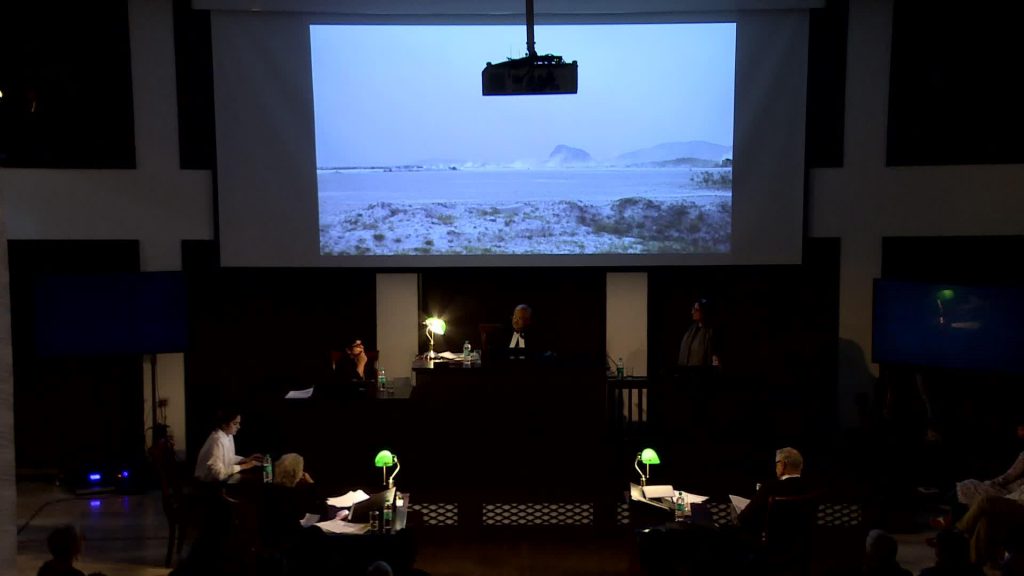 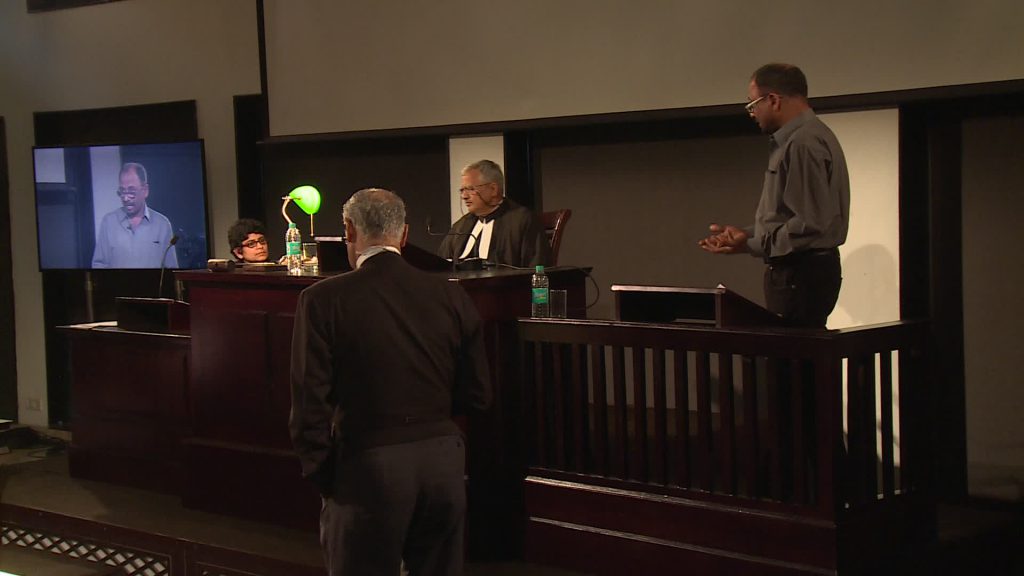 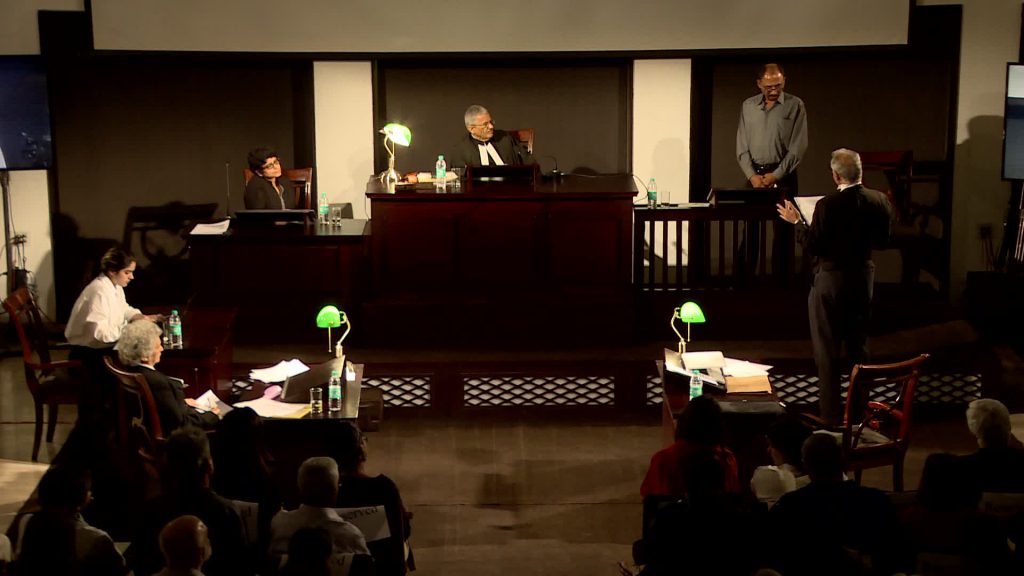 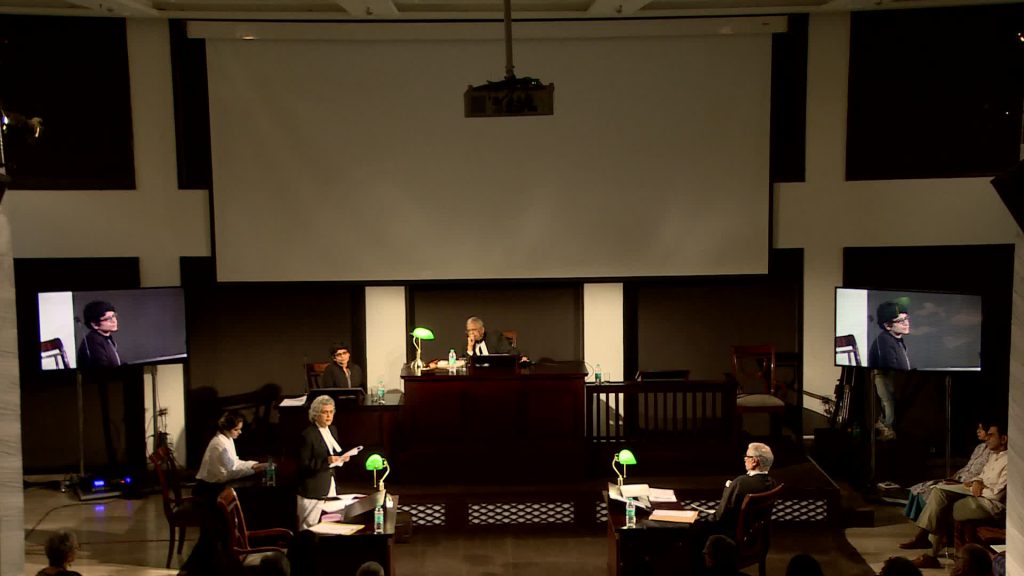 Zuleikha Chaudhari is a theatre director interested in codes of performance. Currently, she has been exploring the framework of law as performance, the role of performance in law and the performativity of legal truth-production.
Khoj is a New Delhi-based not-for-profit that provides physical, intellectual and financial support for artists and creative practitioners.
Anand Grover is a senior practicing lawyer in the Supreme Court of India.