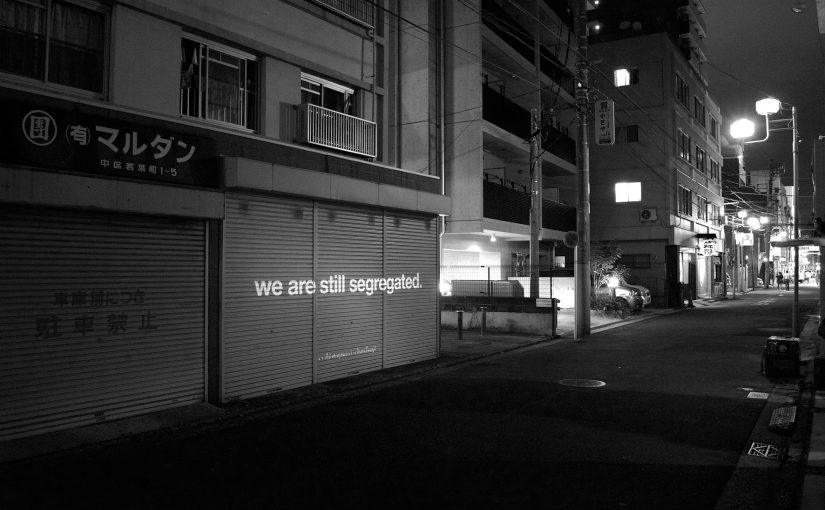 Since 2015, I have been projecting sentences I have collected, directly on the walls in the street. I choose urban spaces as messengers to forward voices of various marginal peoples in communities who are under-represented in mainstream media, to city residents.

The project messages from nowhere to nowhere was executed in Pattaya city where I spent three months at Thaillywood Artist Residency. I collected conversations from migrants living in the area and then re-created and echoed their voices. These stories were then represented in a series of messages projected on facades of various locations where people pass by.

I created the second edition of this project Mute Conversations, which was executed and presented in Yokohama, Japan, where I spent two months at Koganecho Bazaar 2016 Artist-in-Residence Program. I had done interview-based fieldwork on the Thai community there; conversations were collected from Thai people who migrated to Yokohama. These stories were then presented in series of messages projected on walls in urban spaces.

When I use text as medium, I feel that it seems to appeal to and directly impact audiences. Both series of messages were presented not only in English but other languages as I hope that my works could be connecting and appealing to all audiences. I also find that projecting the messages in public space has more impact than in an exhibition area.

Regarding the general reaction from viewers during the public projections, many of them paid attention; conversely, some of them disregarded the project. Mostly people who came across the works in urban spaces did not know what I was doing, but it is good that sometimes new conversations were started, as these projects were intended to provoke discussion and comprehension. 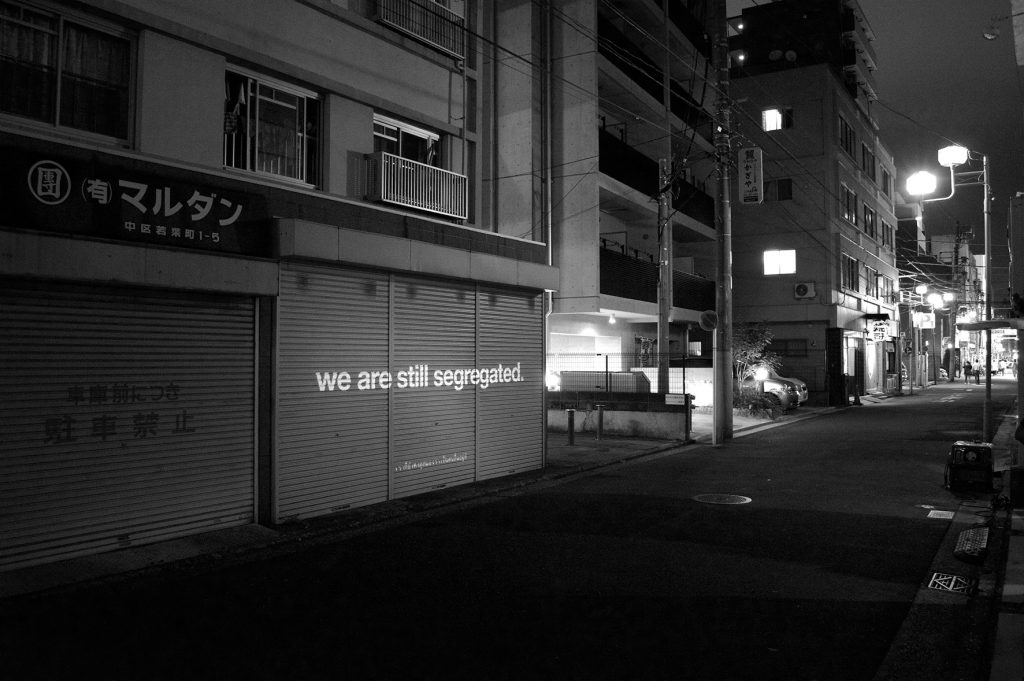 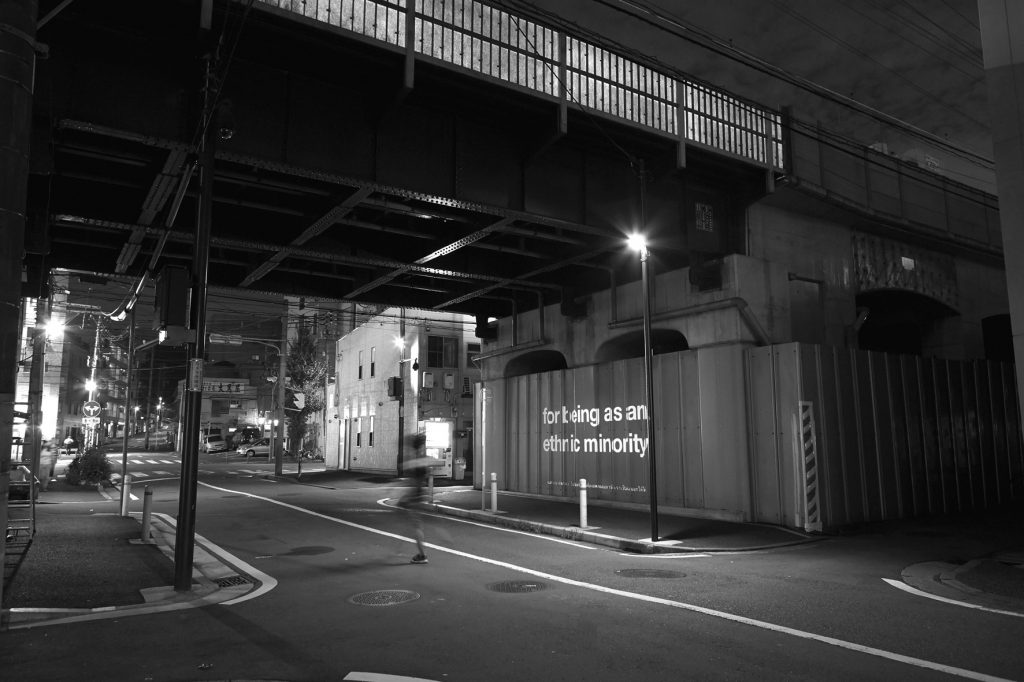 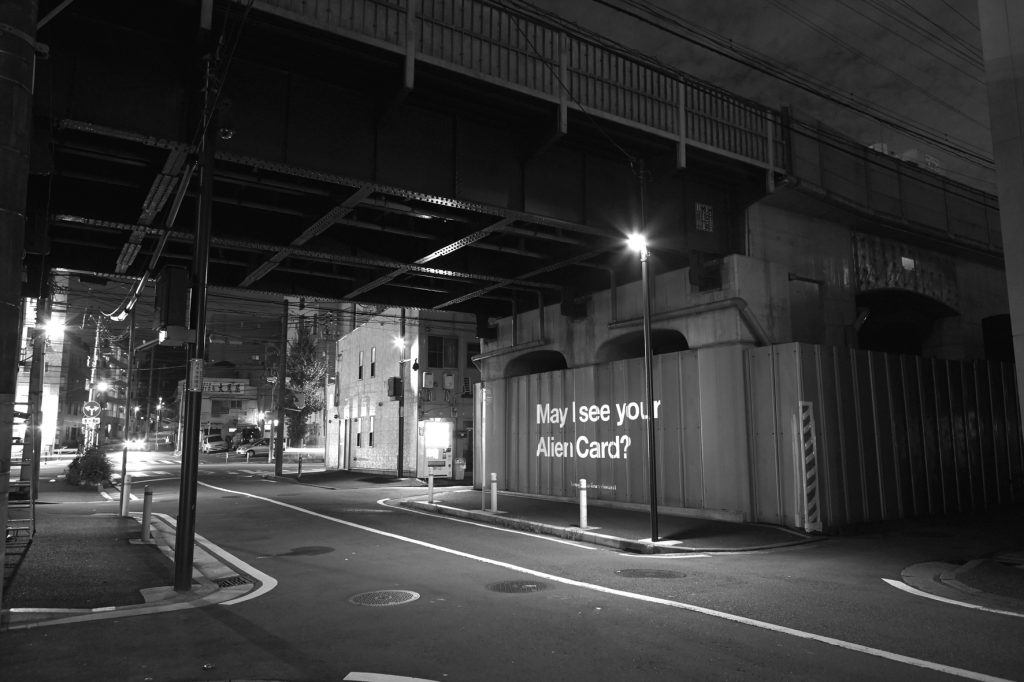 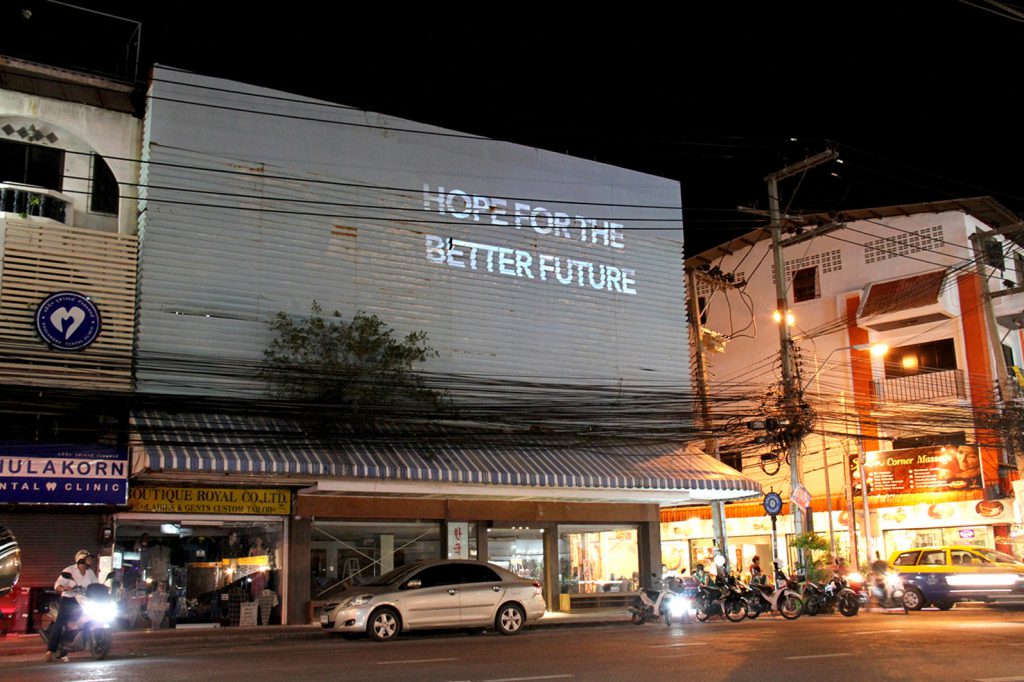 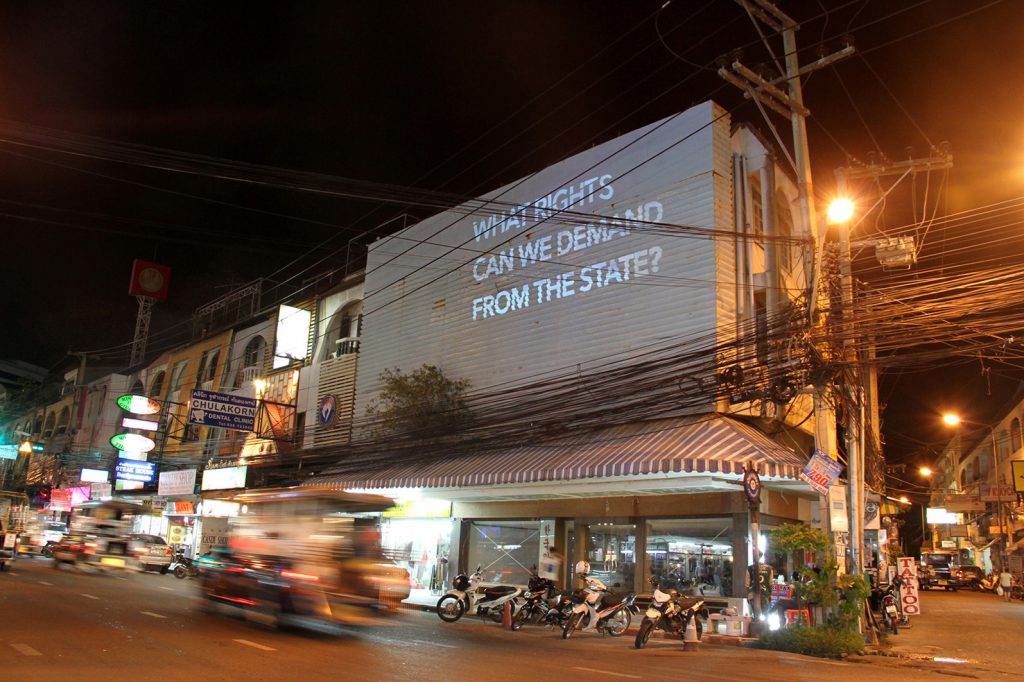 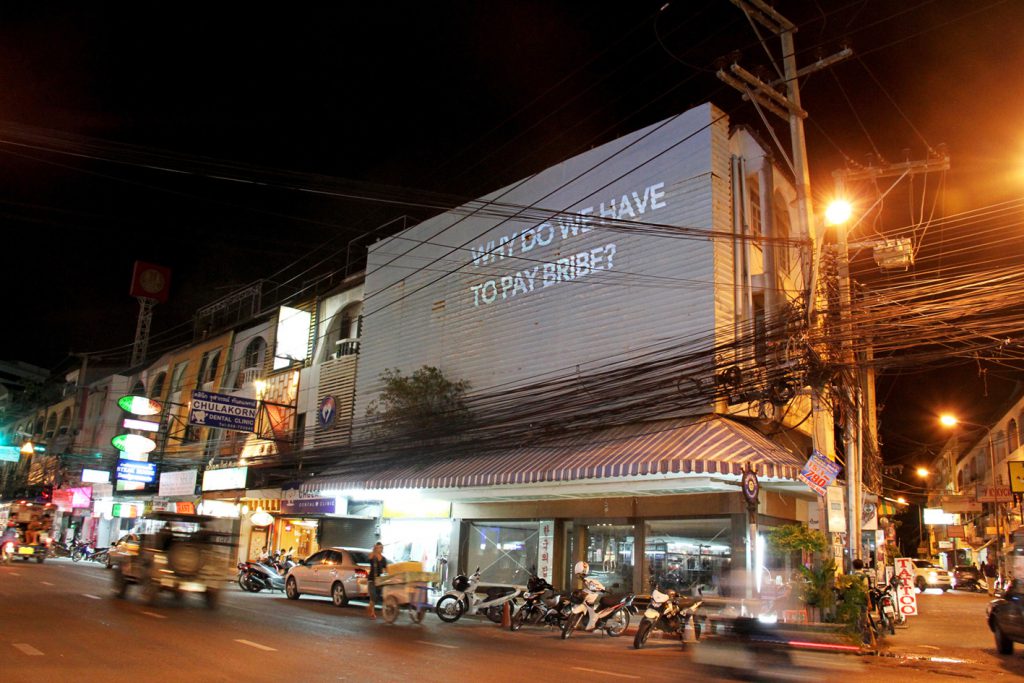 Her artistic researches have mostly been influenced by contemporary concept theories in the field of anthropology and social science. She has often created artworks concerning contemporary issues, such as gender, margin, culture change and globalisation.