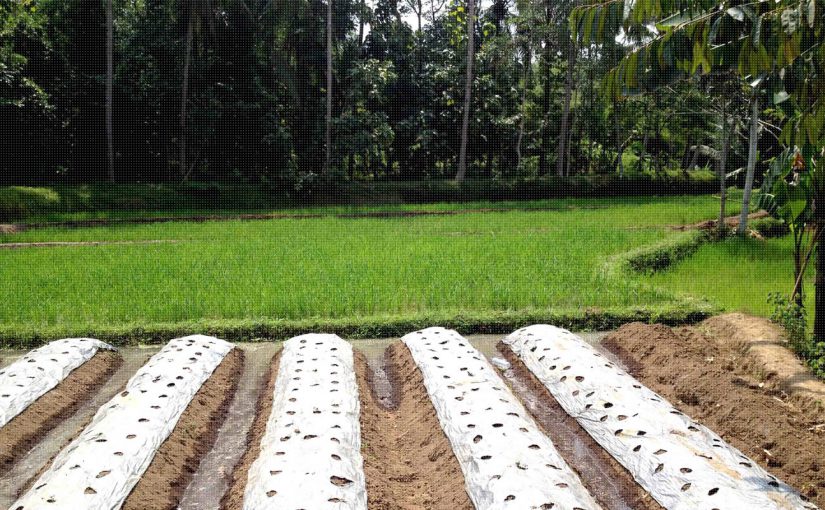 MICRONATION / MACRONATION is the major current cross-disciplinary art and research project being developed and executed by HONF – the House of Natural Fiber Yogyakarta New Media Art Laboratory (Indonesia). It is an art work and a broad community participatory, open source and
environmental development project that emphasizes the crucial role that artistic and hacktivist practices can play in the complexity of digital technology’s role in the transformation of society and traditional practices.
MICRONATIONS / MACRONATIONS, which examines the relationships between climate change, fossil fuel dependency and increasingly erratic food production, brings up critical questions related to Indonesia’s democratic development as well as the ways in which cutting-edge digital media technologies can play a role in agricultural sustainability. 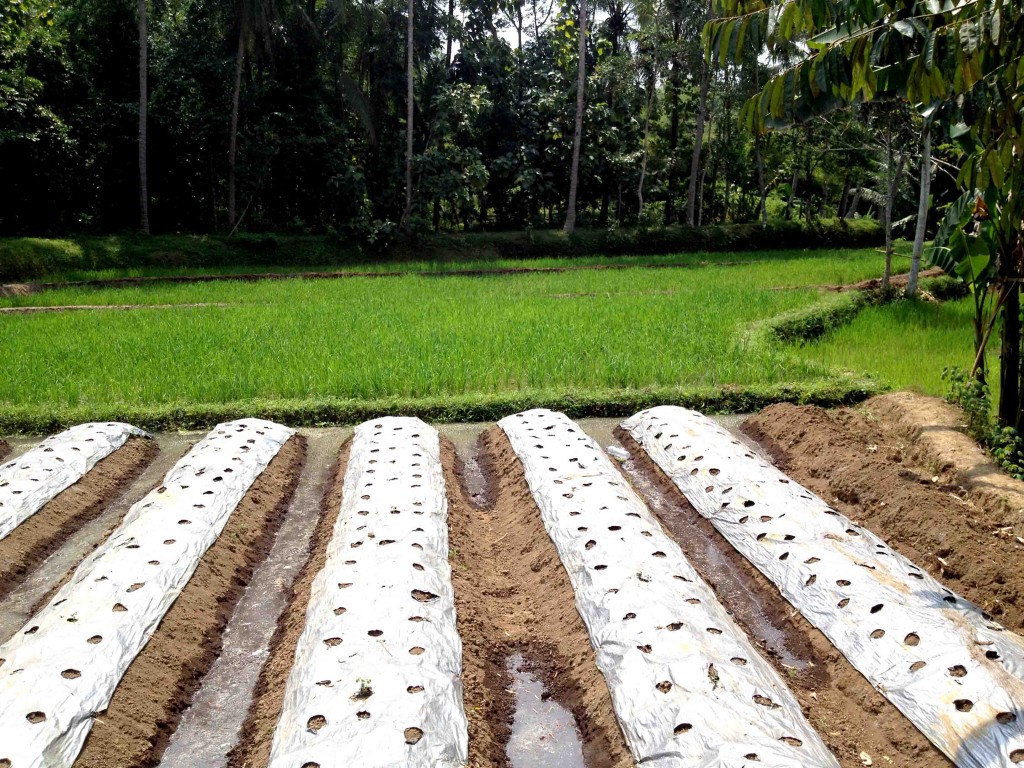 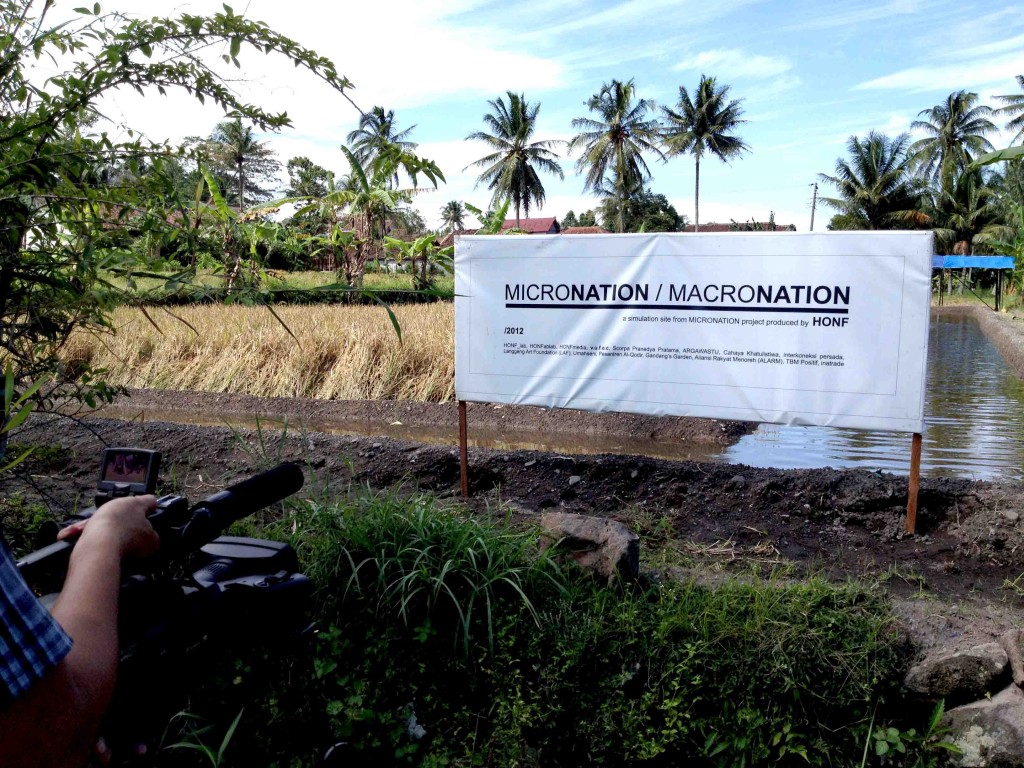 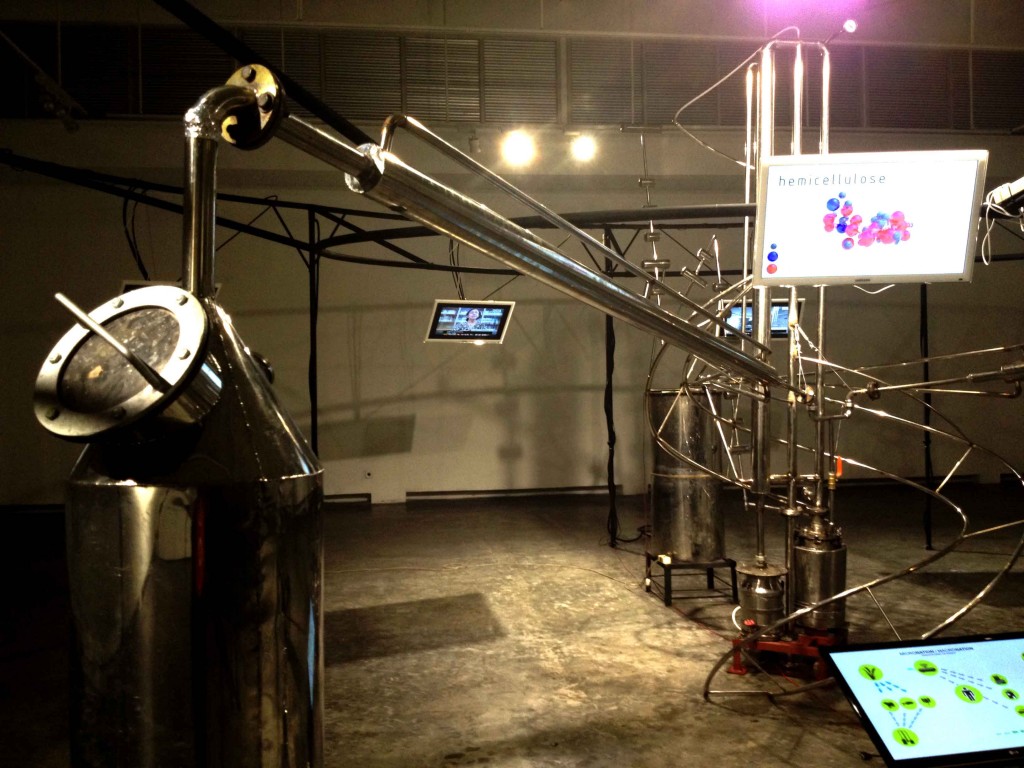 MICRONATION / MACRONATION operates on various systems; both open source and open data as well as zero waste agriculture. As a cycle supported by live data and information processing, all three major components fulfill key elements of the project’s technical structure, but are deployed in different contexts (i.e. field work, lab development, exhibition space).
After harvesting, hay (the largest waste element in rice production), it is analyzed and processed into bio-ethanol, fertilizer, fish food and forage (for cattle, chicken feed etc). After milling the hay, the fermentation process begins, then distillation, producing the bio-Ethanol. Waste from distillation is processed into fertilizer and material for livestock feed.
The system also includes satellite and environmental data that researchers and farmers use for developing agricultural cycles. This is key given Indonesia’s composition of 13 000 islands which are each home to radically different environmental and agricultural features, additionally compounded by the areas’ geological instability; the region’s volcanic activity (‘Ring of Fire’), equatorial location and the tangible effects that climate change is beginning to have on food production. Actual and live data i.e rain capacity, land contour, wind speed, temperature, seasonal fluctuations, etc., get
processed by the project’s open computational systems. It allows ‘grassroots’, local, or even ‘underground’ users, be they farmers or other members of society, access to information that they would normally not able to use or understand. This data is then, translated into useful information and valuable new knowledge. This linkage of a ‘system of systems’, manifested as a circular and cyclical structure, is used as a model in trying to find solutions for the problems of energy and food resources in the country.

The House of Natural Fiber, Yogyakarta, is a New Media Art Laboratory, founded in 1999. They concentrate on the principles of critique and innovation. From the outset, the House of Natural Fiber has consistently focused on cultural development and new media art, running numerous new media art projects and workshops. Ever project concentrates on interactivity with people and environments.
Thinking positive, creative and forward looking is becoming a vision for this community. In the implementation of this vision, in every program, there is a move towards the development of art with technology. This desire to contemplate the future of technology and art, is an important endeavour for the technology itself.