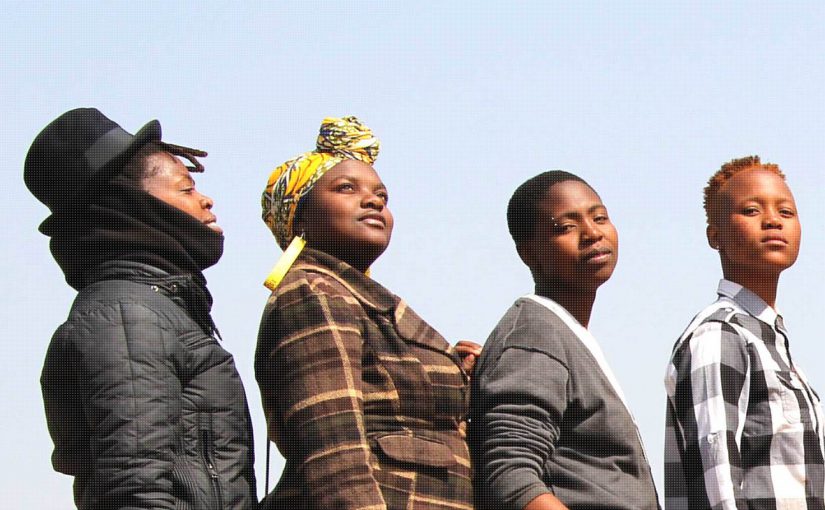 At the threshold of South Africa’s 20th year of democracy, black lesbians, particularly in townships, continue to experience hate-motivated violence on a regular basis. We propose to produce a 120 min documentary film series to tell the stories of twenty survivors. Through these films, the survivors can process their ordeals, reclaim their identities and move towards healing.
As a collective of (9 black lesbians + 1 transman), Inkanyiso works to document the lives of black lesbian women around the country; publish the work of their artists: and build skills in the use of art as an advocacy tool within their marginalized communities. What Zanele Muholi does as a visual and gender activist and artist, is to explore black lesbian identities through portraiture. In Faces & Phases “The portraits work as a site of memory for them, as a trace of ‘who and what existed’ in a particular space at a particular moment when their black lesbian and South African histories intersect.” These photographs are black & white half-body portraits of participants in their homes, usually in their choice of clothes and direction. They look straight into the camera, and their poses reflect calm, dignity and poise, along with pain, suspicion and defiance. The viewer is compelled to look into their eyes, which seem to return the gaze.
In Muholi’s portraits you see the participant, not as the topic of a narrative told by the artist, or the object of attention, but as both story and story-teller. The idea is to translate this approach into a (visual) documentary format. Participants will tell their own stories, in their own voices, and in the way they choose to tell them.
The project is, essentially, about visibility, but goes beyond asserting existence, and demands attention by forcing audiences to engage intimately with this critical issue, one-on-one, with real people who are living this alternative reality. 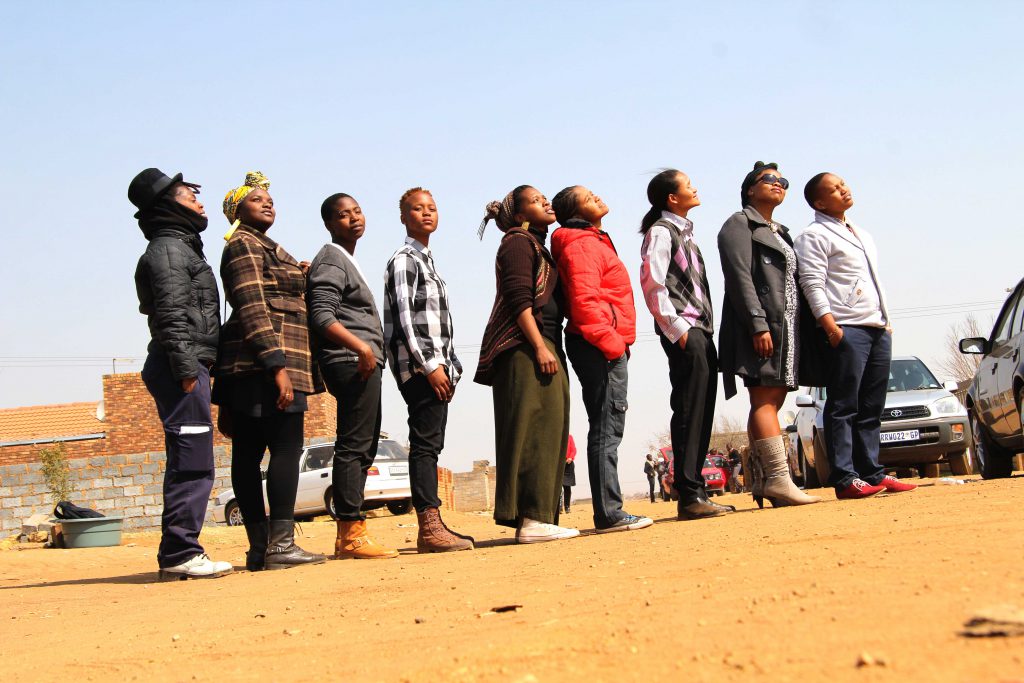 The documentary will feature black lesbians who are activists, artists, athletes, mothers, women with disabilities, professionals, transwomen, businesswomen, and women living with HIV/AIDS. While the common thread through their stories will be the experience of hate crimes, this will not be the focus of the films. Rather, the films will explore the complexities, struggles and beauty – even the ordinariness, the “normal-ness’ – of their lives, which, moving beyond incidents of violence and abuse is, as with many women, a challenging part of life. Stories will be sourced through Inkanyiso’s website, and their extensive organisational, community and personal relationships throughout the country.
Inkanyiso intends to premiere these films in the communities where the participants live, as well as screen them at national and international conferences, film festivals and other fora.

Through these stories, the collective believes that activists in the LGBTI, gender, human rights sectors, and the society at large, will have the opportunity to be informed by individual experiences, and also to contextualize those experiences within a broader socio-political and cultural environment.

The main photographer of the works of Inkanyiso is Zanele Muholi, its founder, who has continued to voice discrimination and injustices towards lesbians. She uses photography to humanise and seek justice for the survivors of sexual violence, as well as those who have lost their lives. Muholi was born Umlazi township, Durban, South Africa.