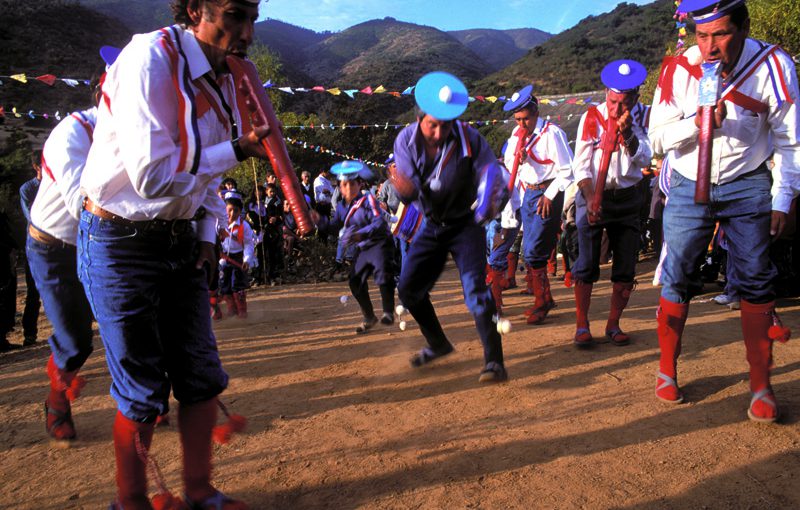 Chile is the only country in the world where water is privatized, with dire consequences for the environment and indigenous communities. In central Chile, agribusiness and mining interests have pumped the aquifer dry meaning that no water flows through the streams to indigenous and mestizo family farms. Local groups fighting to repeal the water privatization law have met resistance from politicians on a national level. Oysi: Cantos del Agua supports the movement to de-privatize water, drawing on Bailes Chinos, a pre-Columbian indigenous ritual, to bring teachers, students, musicians, and community organizers together with nationally and internationally recognized artists, to affect social change. Bailes Chinos rely on dissonant chords and dance to induce a trance-like state during which a poet improvises a shamanic mediation relating people’s needs to the divine.

In the 1990s I began working with Chimuchina (musicians using pre-Columbian instruments) on the re-emergence of this tradition, which had been discouraged by the Catholic church. Our Oysi workshops for children in neglected public schools pioneered a methodology that initiated pride in Bailes Chinos, which expanded to include women. In August 2018, Oysi: Cantos del Agua will bring a coalition including MODATIMA (national movement for water rights), Museo Nacional de Bellas Artes in Santiago, and Camila Moreno (Chile’s best-known rock musician) together with Bailes Chinos for a performance featuring 2000 women singing for water rights. Set in a dry riverbed, the performance will be filmed and rebroadcast nationally, kicking off a movement to repeal the law privatizing water. In 2019 we will replicate this model throughout the country increasing contact with lawmakers in Santiago until change is enacted. 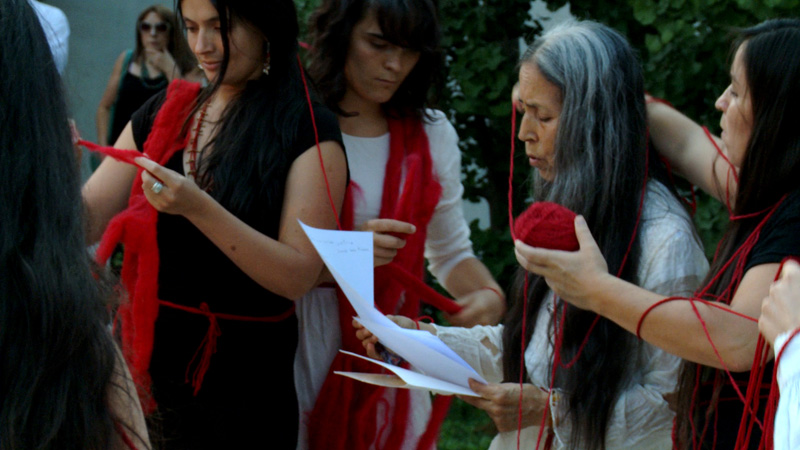 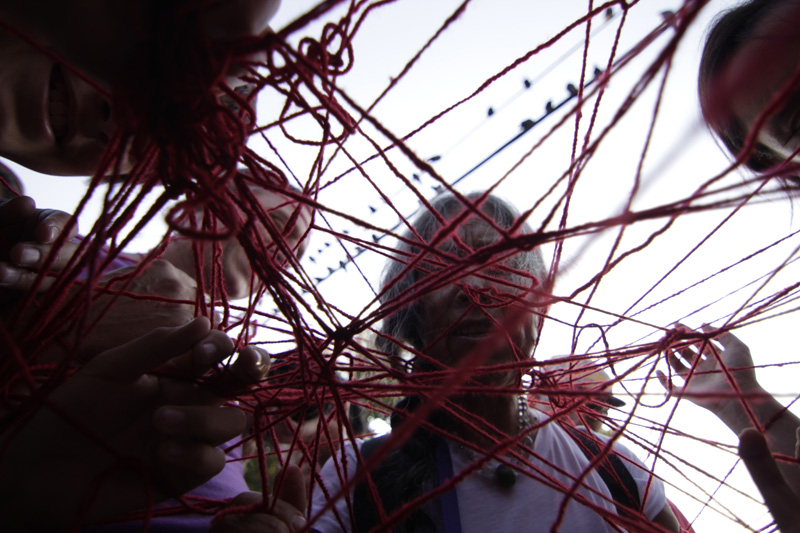 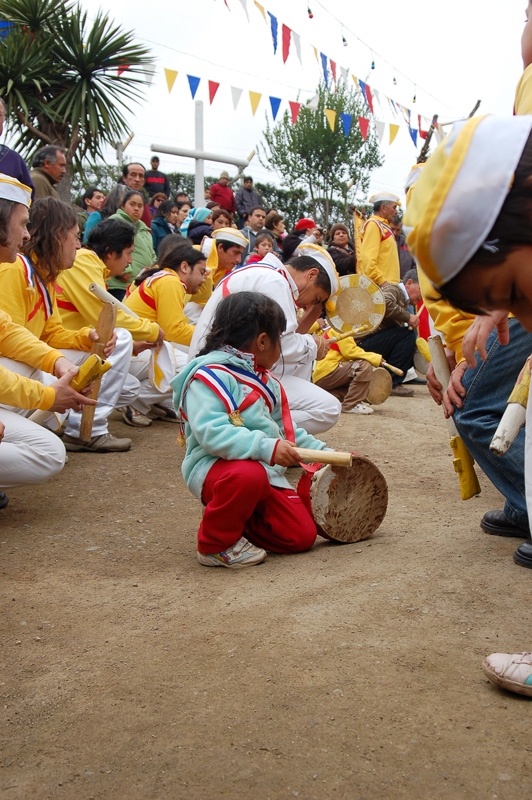 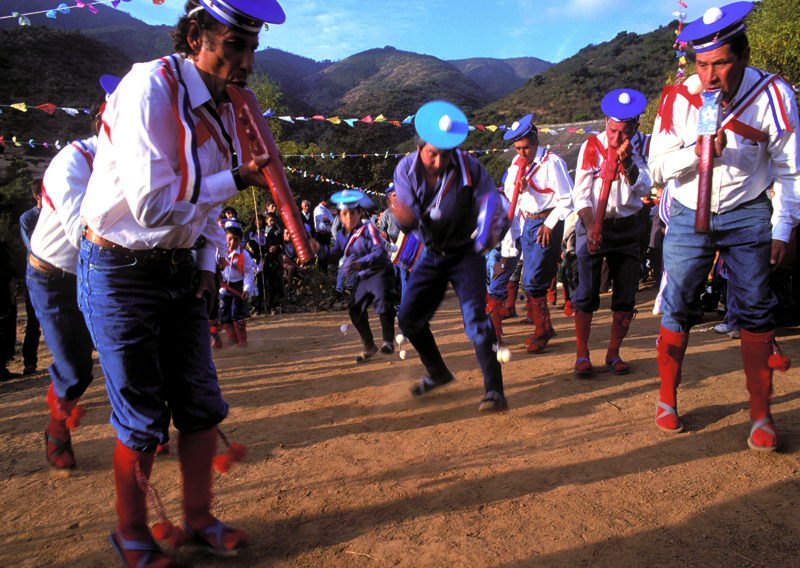 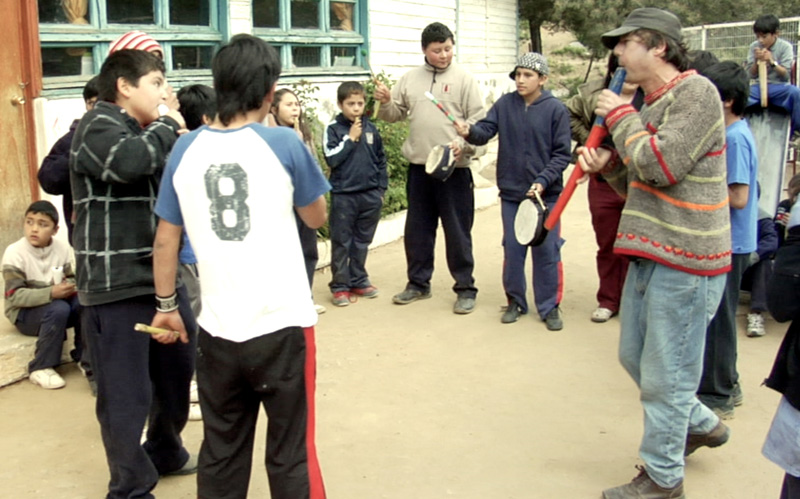 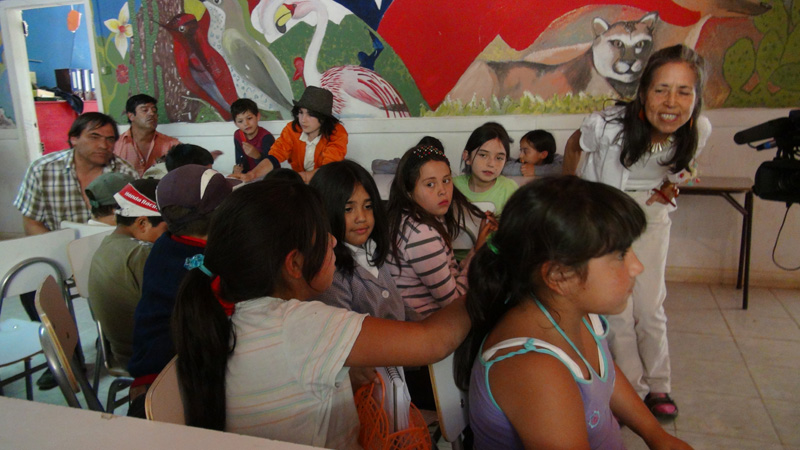 Cecilia Vicuña is a Chilean poet, artist, filmmaker, and activist who divides her time between Chile and New York City. Since the 1960s her work has addressed ecological destruction, human rights, and cultural homogenization. She has published 22 art and poetry books, her work is included in Documenta 14, and she has exhibited at the ICA London; Whitney Museum and MoMA New York; and the Museo Nacional de Bellas Artes, Santiago. She co-founded Oysi with James O’Hern in 2009 to expand the education.