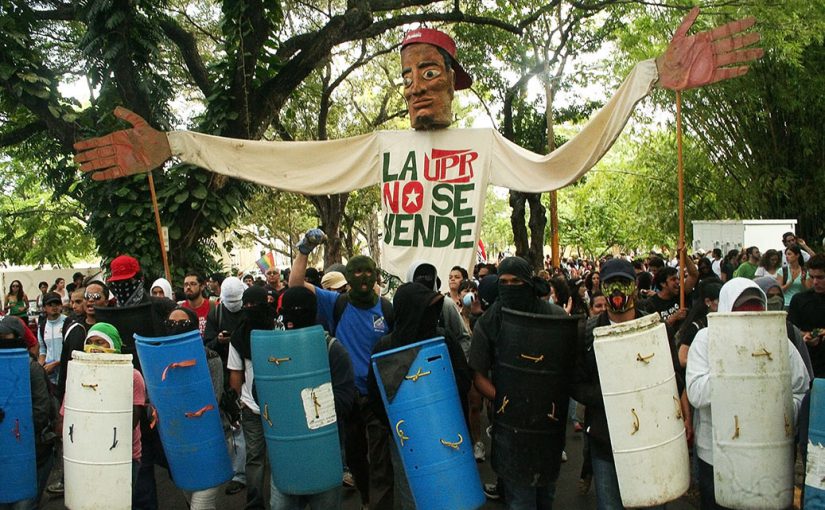 Papel Machete is a theater project of AgitArte, an organization of working-class artists and organizers in community-based educational art programs, to agitate in the struggles for liberation.

The project Papel Machete started on may 1st 2006, during the government shutdown in Puerto Rico, a day which marks our economic downfall, as a project in response to the social and political crisis generated by the current status of Puerto Rico as a colony of the United States.
Our work is generated collectively. Through the use papier mâché as a medium, we explore a wide range of arts forms and styles including Toy Theater, Cantastoria, Shadow Theater, Table-top Puppetry, Humanettes, Cut-outs, Masks, performing objects and Giants.
We perform in communities, theaters, streets and protests using puppets, masks, objects and music, to denounce exploitation, build solidarity, and agitate people to bring them to action in the struggles of the frontline communities of the working class.
We have created a repertoire of characters and pieces that personify different aspects of our political and social struggles (e.g. “La Maestra Combativa” and “El Estudiante Militante”/Combative Teacher and Militant Student; giant puppets created in support of the struggle to keep education public, and battle privatization in Puerto Rico). For the 2014 Climate March in New York City, Papel Machete built the 17-foot tall giant puppet, “La Madre Tierra” (Mother Earth). This year, we built a glove puppet show, in satirical soap opera format, about the new wave of disaster capitalists taking advantage of our catastrophe to capitalize on our resources. These characters give voice to those who seldom are given room to speak, underscoring the treachery of the bourgeois class and the colonial state. 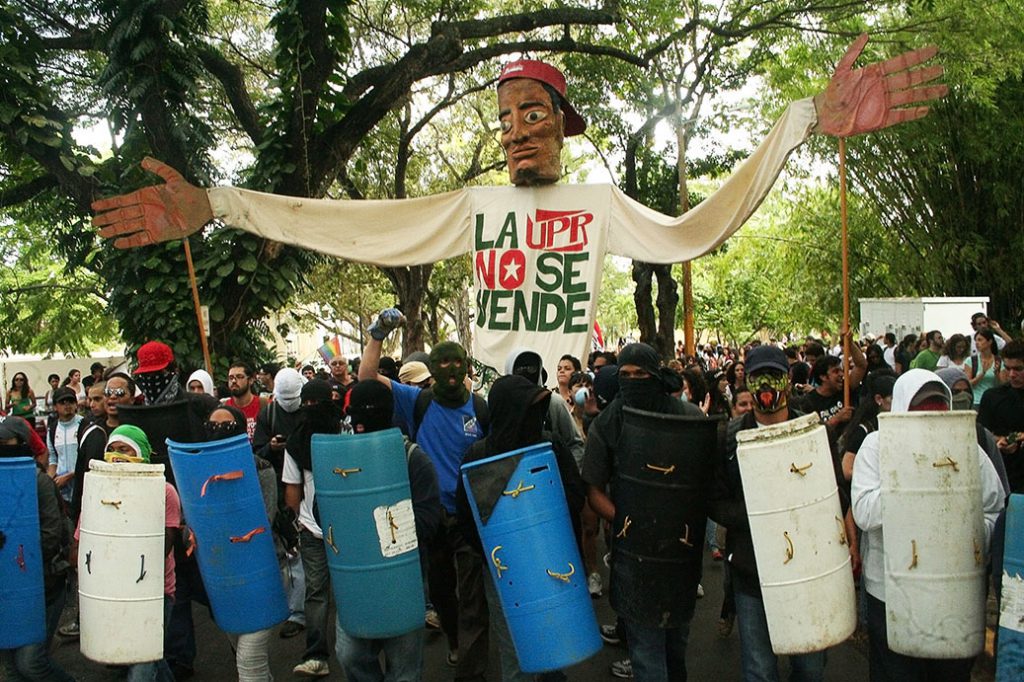 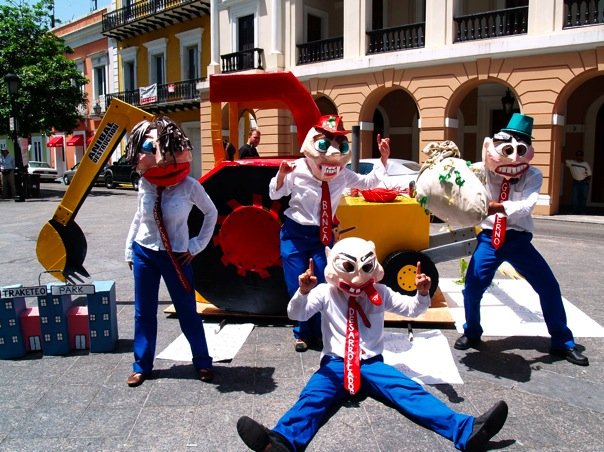 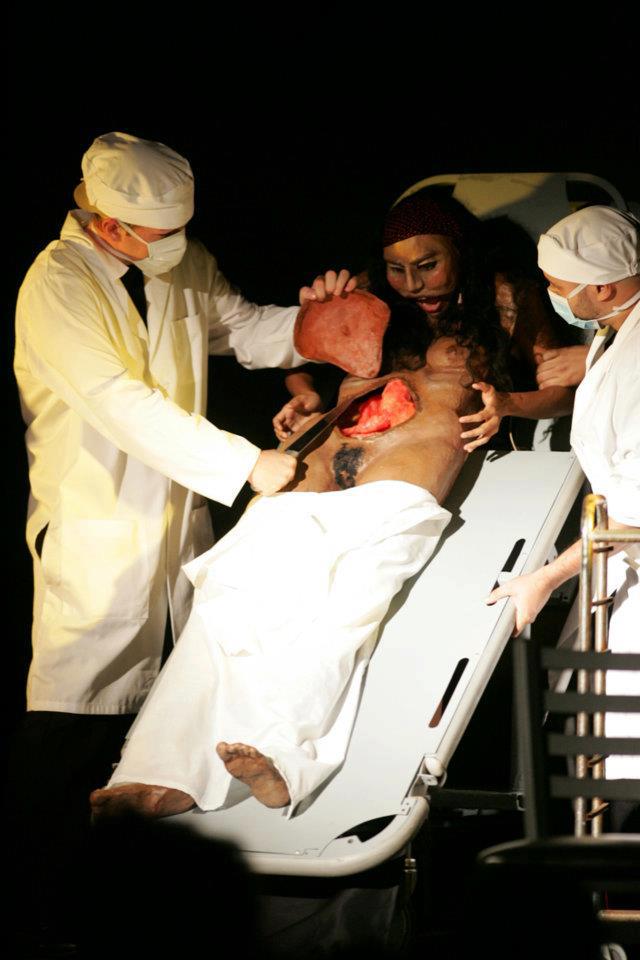 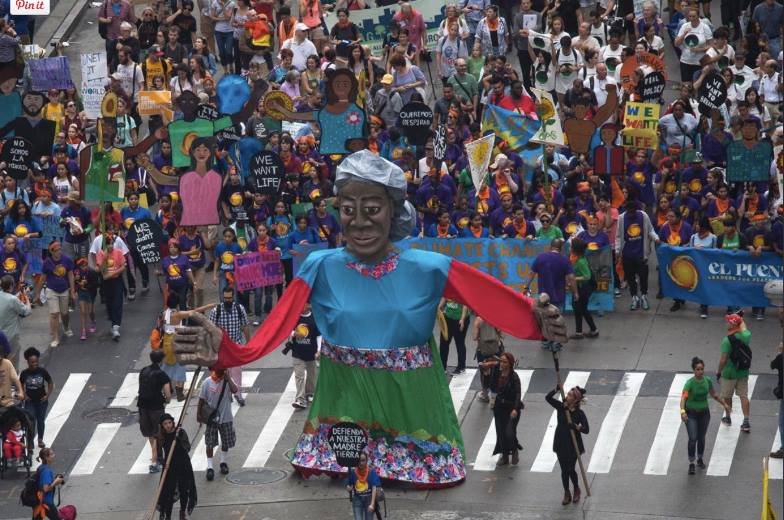 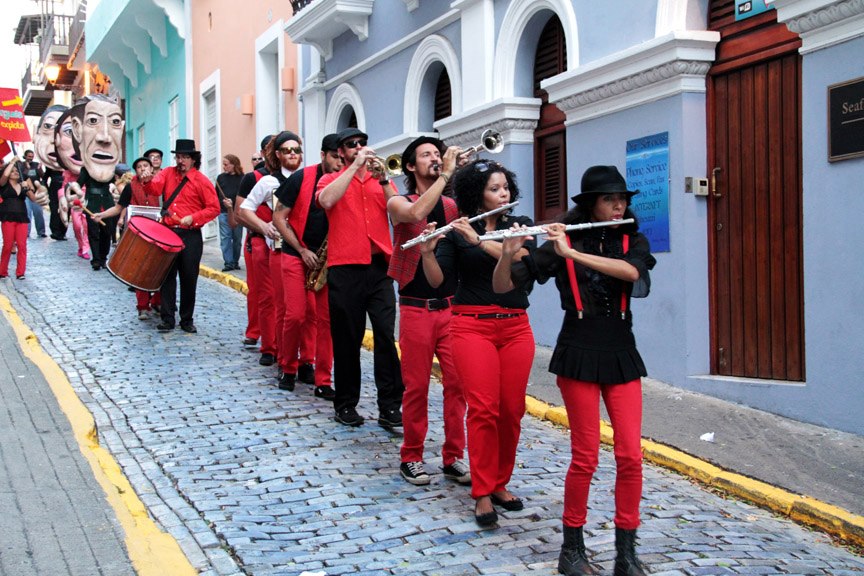 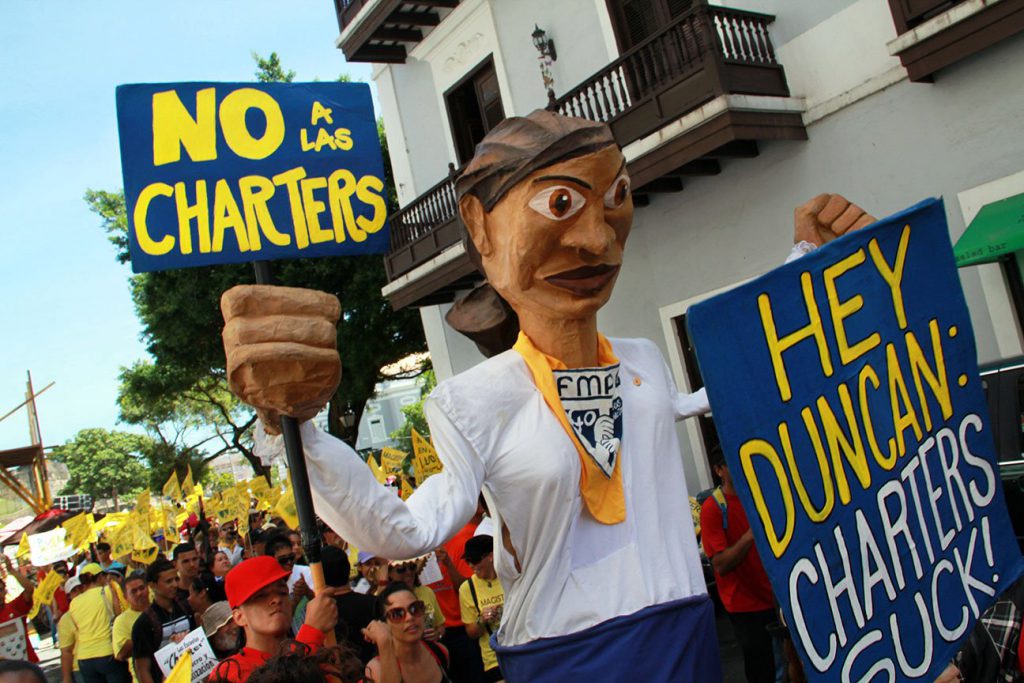 Papel Machete is a radical worker’s street/community theater collective creating educational and agitational performances to support intersectional struggles of working class communities in Puerto Rico. The collective is composed of educators, social workers, students, service employees, artists and community organizers who come together to generate collective cultural work about colonialism and its impact in our society, through the construction and manipulation of puppets, objects and masks.