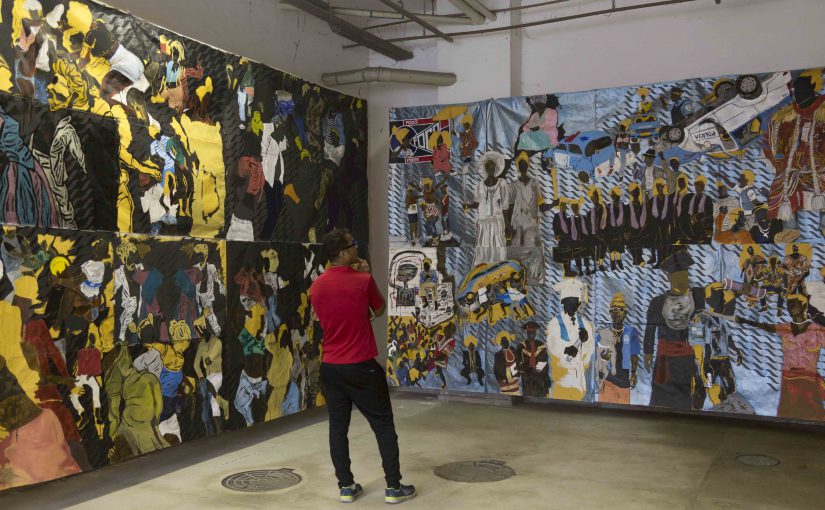 The project consists on a series of large format paintings, done with shoe polish, latex, henê, bitumen, pigment, ballpoint pen, pencil, charcoal, vinylic paint, acrylic, oil stick, on paper. In Brasil, this specific type of paper – commonly used in schools for art classes due to its low cost – is called pardo, which translates to kraft but also refers to a non-white brownish color.
The term pardo was also used for a long time on birth certificates, CVs, IDs of black people in the past to disguise their ‘blackness,’ denying their identity and seeking better social acceptance. Nowadays, however, through the internet, new debates, raising awareness and widespread minorities movements, black people have started to raise their voices and accept and be proud of being black, accepting their hair, their noses, rebuilding their self-esteem. Ultimately then, black movements started rejecting the term pardo due to its whitening connotation, using the motto pardo é papel (pardo is paper), saying it should be used to define paper rather than people.
This empowerment and pride is then the subject of these paintings, where all bodies are black and seen in positions of power. The large format brings out the dense contrast between the black bodies and the pardo paper, giving the mural-like quality. Furthermore, these paintings become tokens for discussion within the black movements, a visual manifesto, enriching and wide spreading the debate.
Lastly, the sole fact of a young black man coming from a favela to be painting, in the very elitist art scene of Rio, is already an act of resistance and insurgency. 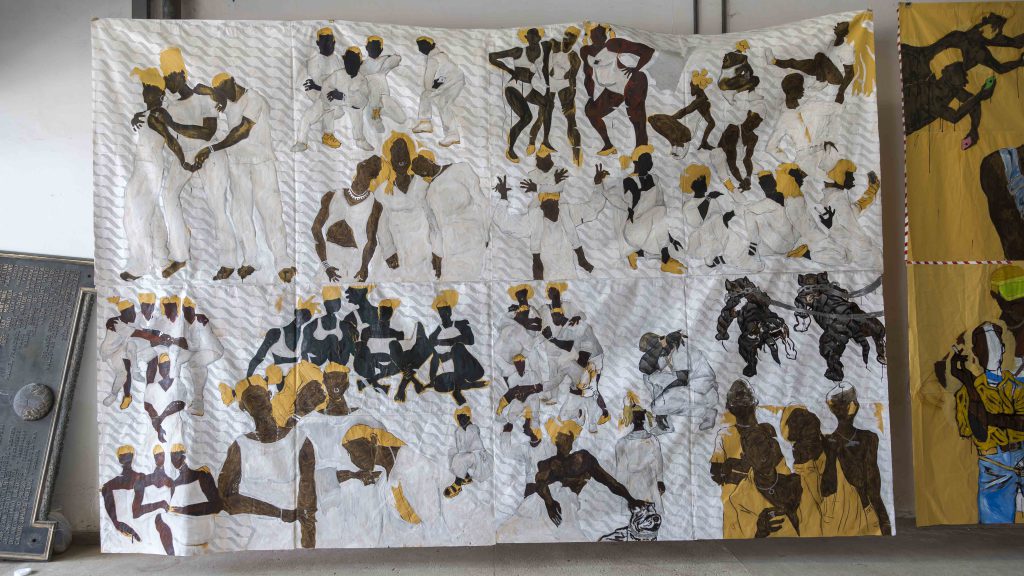 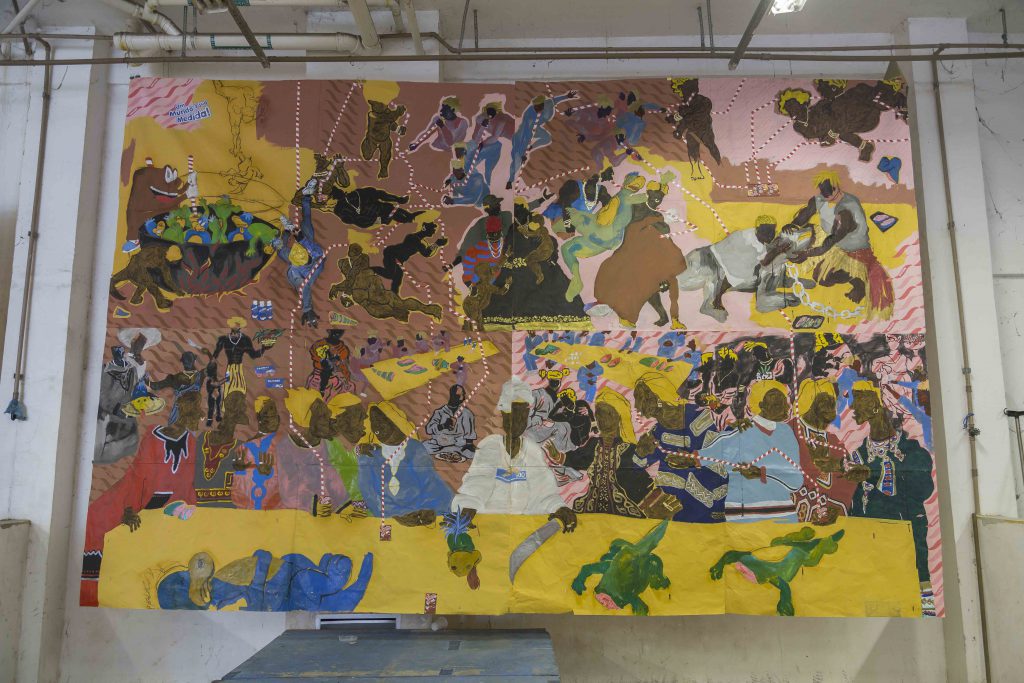 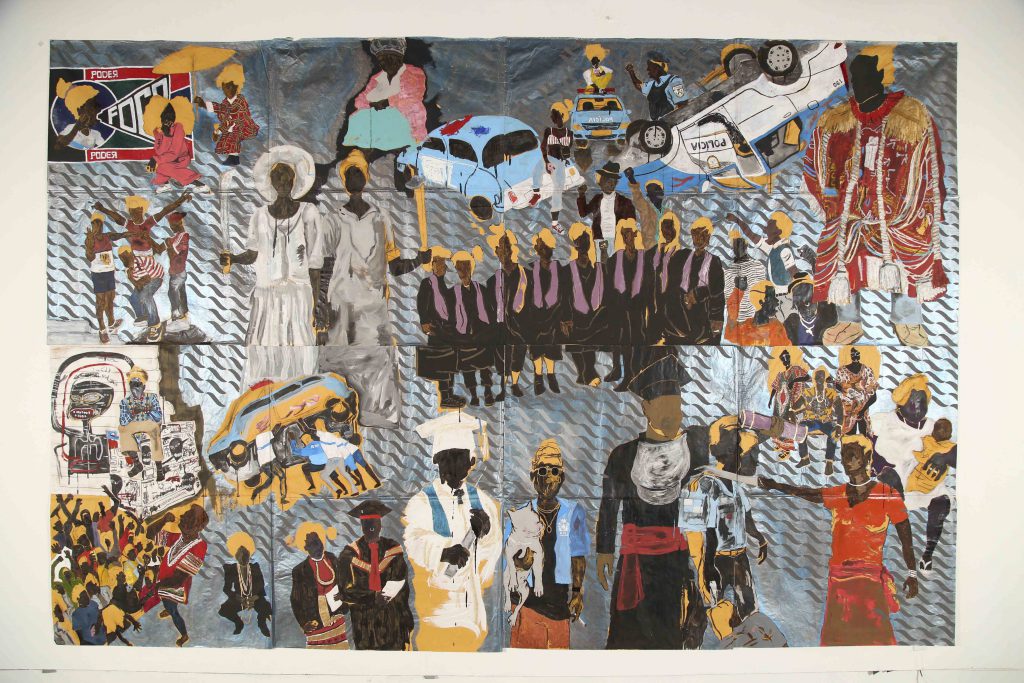 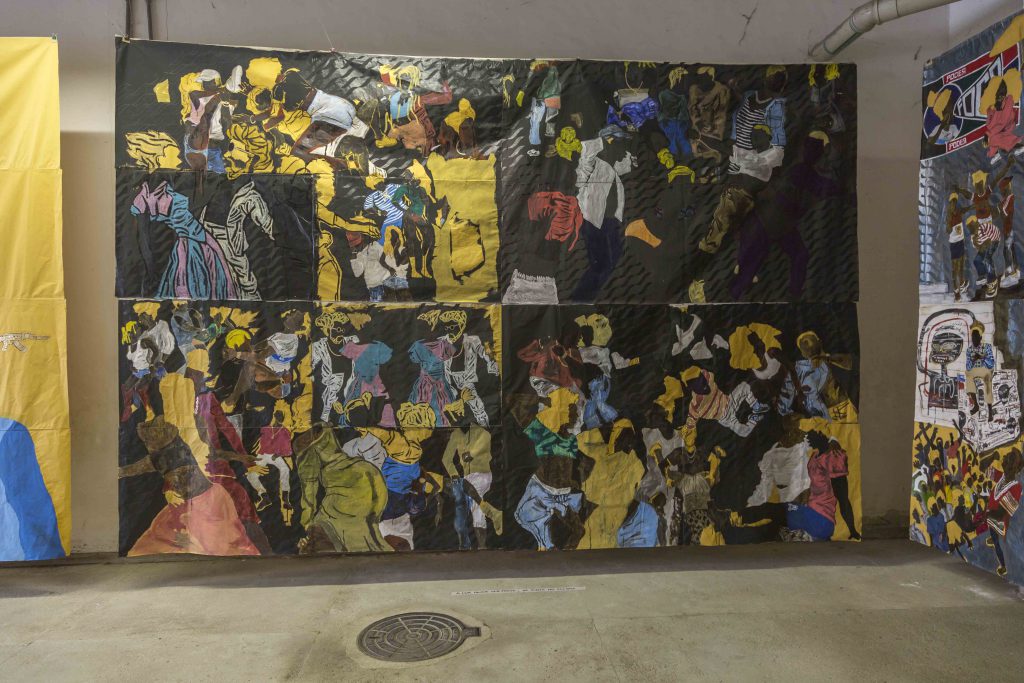 Born in Rio de Janeiro (1990), Maxwell Alexandre graduated in Design from PUC-RJ (Pontifical Catholic University of Rio de Janeiro). Known for his large-format paintings in which black bodies are presented in an empowered way, but also moments of confrontation with the police, portraying a radically contemporary community routine in Rocinha, where he lives and works. His pieces integrate the collection of the Pinacoteca of São Paulo and the Art Museum of São Paulo.