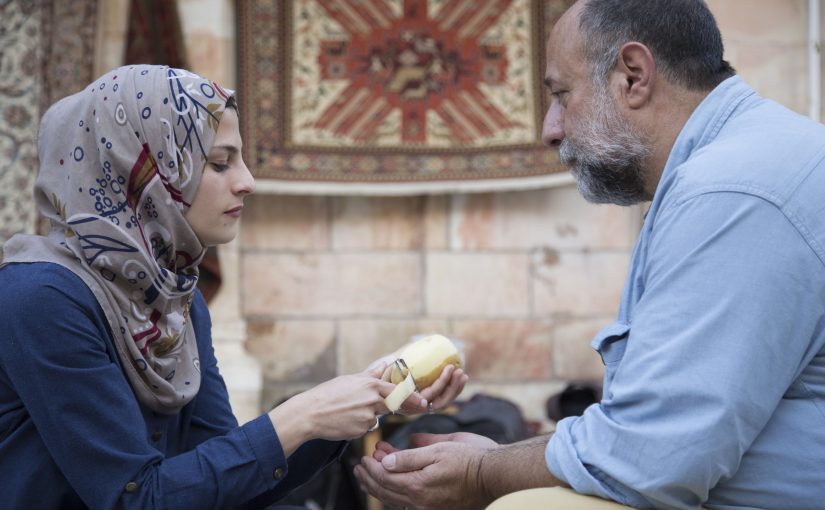 Joseph Beuys once said: ‘Every sphere of human activity–even peeling a potato–can be a work of art, as long as it is a conscious act.’

Potato Talks project takes Beuys’s figure of speech—the act of peeling potatoes—and builds a platform which creates a set of interactions among the selected group of ‘storytellers’ and people in the public space where the performance is held. The performance creates a situation which attempts to draw attention to seemingly insignificant acts, to celebrate the ordinary, to uncover anew, yet to hold familiar aesthetics. Hence the significance of how gestures become ‘signifiers’ and containers of symbols. The pairing of stereotypes, daily gestures, and real-life issues, creates a dialogue that encourages different modes and alternatives for intimate discussions of how personal and collective identities could be pushed through the act of narration.

Potato Talks is staged in different cities and countries, each time with a new theme and new people who, through this process, become Potato Talks storytellers. Why Potatoes? Potatoes are like stories: they come from the land, they offer an almost neutral canvas from which many other flavors and textures may arise. They are familiar to the people, yet magic happens when those potatoes are brought from the closed doors of kitchens to the street, and they start becoming a canvas for storytelling.

Potato Talks keeps the same structure:
Ten storytellers opposite ten chairs, for two hours: They peel slowly and carefully. Once a passerby sits on the chair, the storyteller asks the person opposite him to help him by holding the peel and recounts in a one-to-one interaction a personal story that peels through layers of the theme. 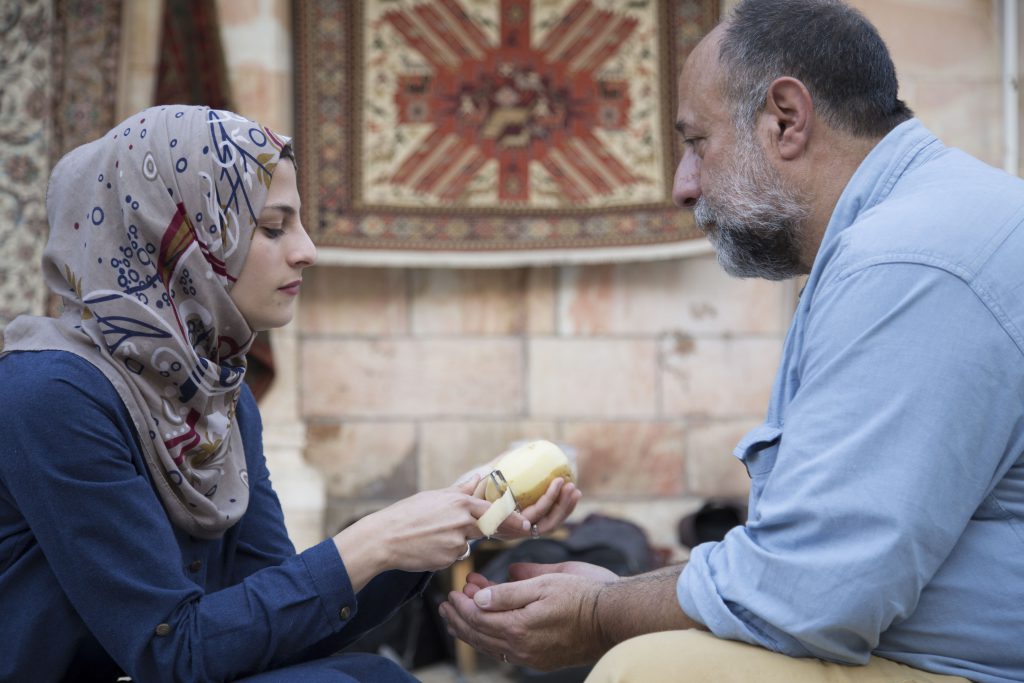 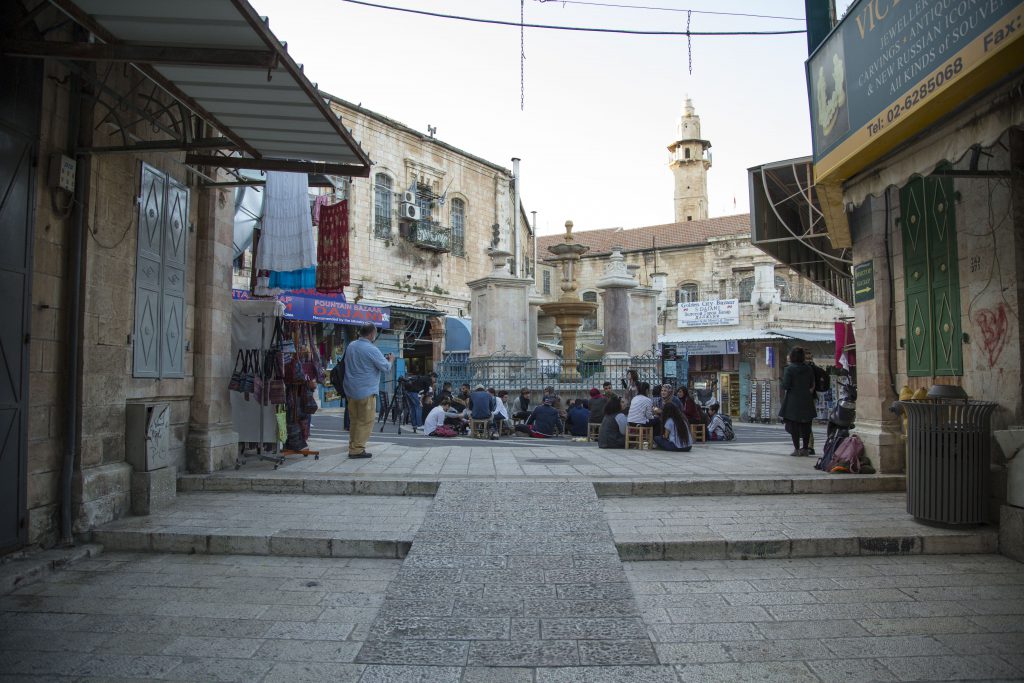 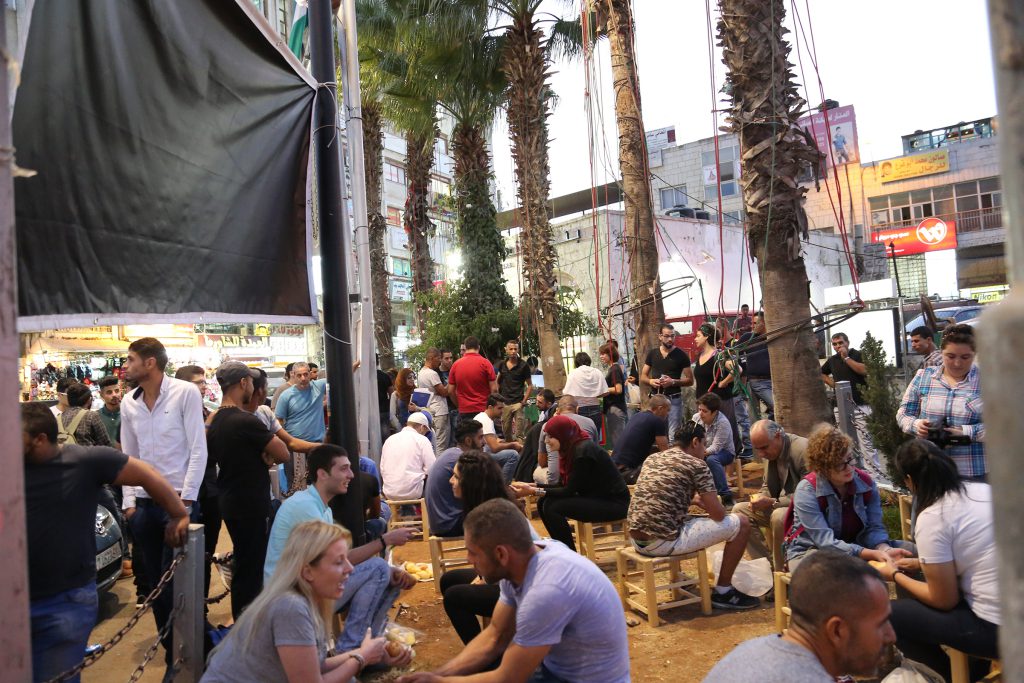 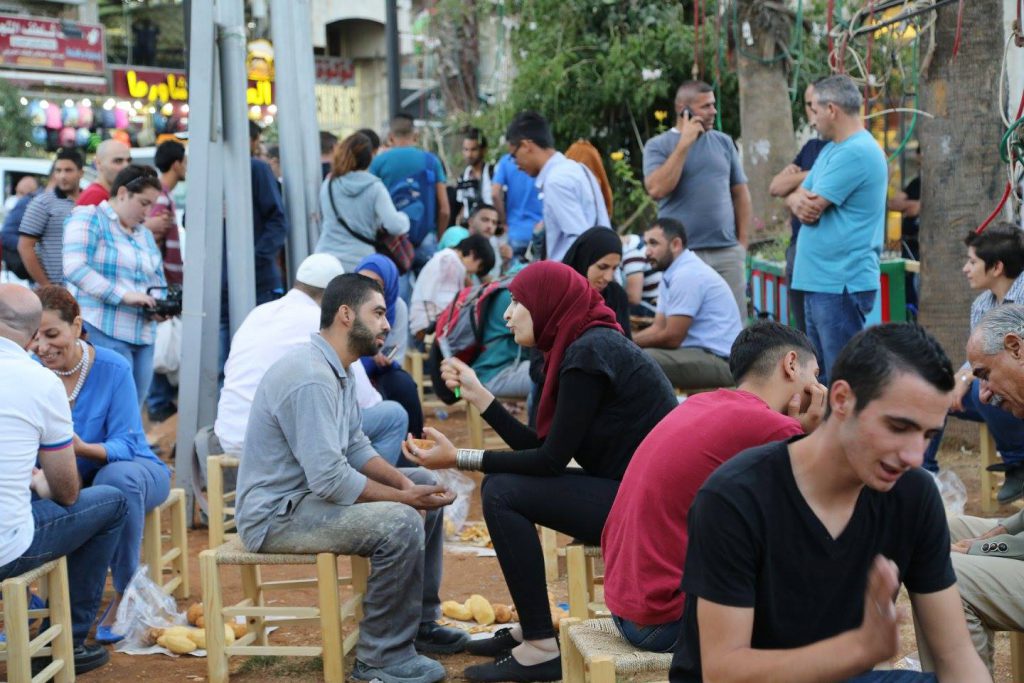 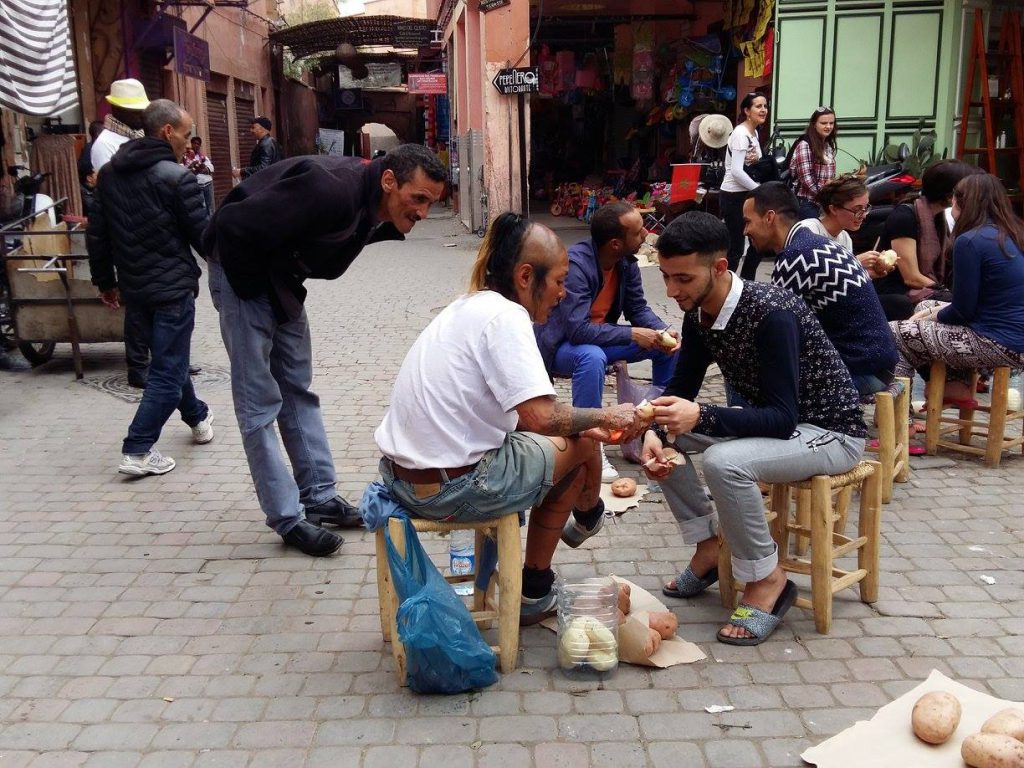 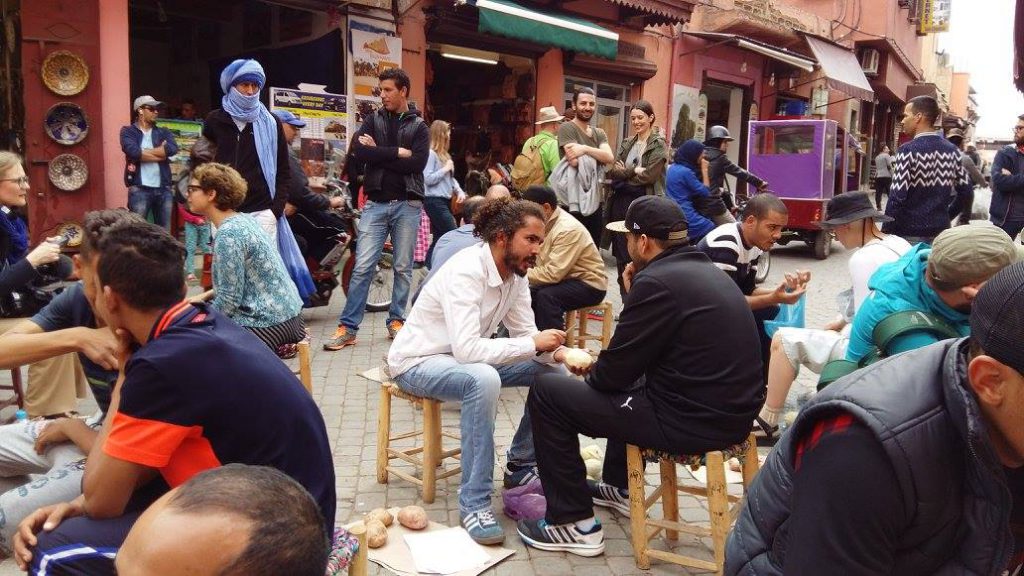 Mirna Bamieh is an artist from Jerusalem/ Palestine. Her work attempts to understand and contemplate ever-shifting politics, while equally questioning notions of land and geographies of in-between temporality. She is currently developing works that use the mediums of storytelling and food for creating situational performances such as: Maskan Apartment Project (2014- ), Potato Talks project, (Dis)concert: a Humming Project (2016-), and the Moving Kitchen Project (2017).