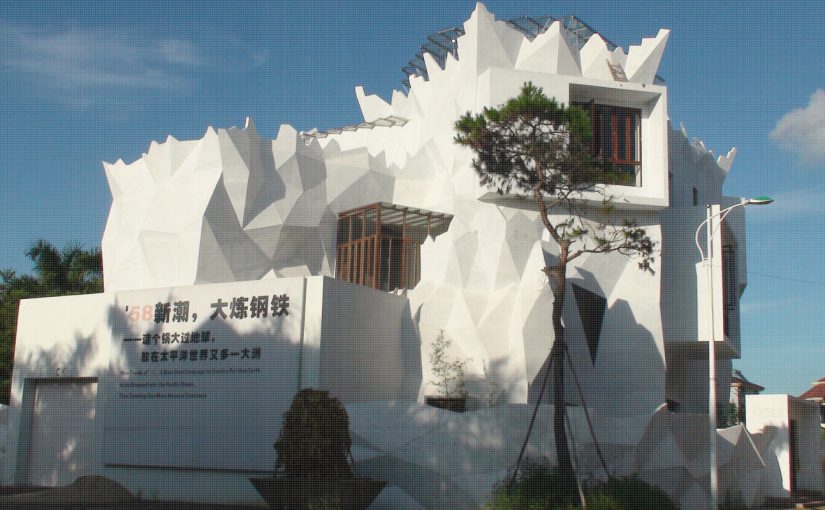 The Yangjiang Group’s studio construction was started in 2009, finishing in 2011. In this period, we have received three demolition notices from the authorities, even after a large public relations effort. Our tacit goal in building was: the “eye” of the authorities which preside over urban building remains invisible. Therefore we named the project: The Invisible Building. After it was completed, it brought to light a number of very visible new problems, which required further development. Solving the new visible problems is then tantamount to walking towards a harmonious and problem-less, invisible world. 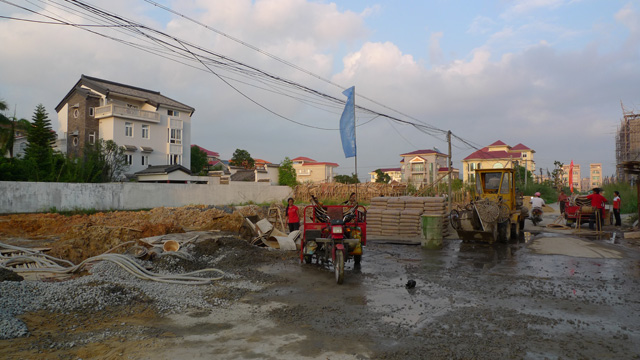 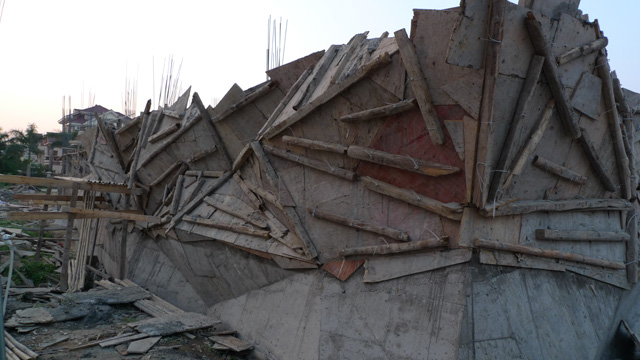 Progressing From Invisible to Unnoticed, 2011 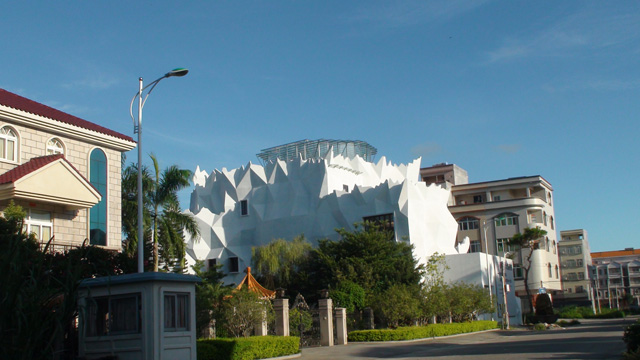 Progressing From Invisible to Unnoticed, 2011

What is different from the Yangjiang Group’s Zheng Guogu’s project “Age of Empires” (in which he employed a sort of guerilla warfare tactic against China’s backward land laws, by which the project gained a sort of tacit legality) is that the Yangjiang Group’s studio is a sort of compression of the “Age of Empires” project, set in a quiet downtown area of Yangjiang. The tacit understanding exists only within the framework of the regulating authorities, but in the eyes of the residents of Golden Park, the Yangjiang Group’s Studio has already turned into a prominent, octagonal iceberg, reflecting all of its problems: no legal construction reporting or notice, a lack of neighborhood relations, and most prominent and important is the thousands of years of life-defining Feng Shui practices that come with it.
What is more, this whole situation has turned into a farce of feudal superstition. Therefore, faced with this unclear situation, we can only employ Buddhist blessing, to change the magnetic field around us to defuse the crisis. 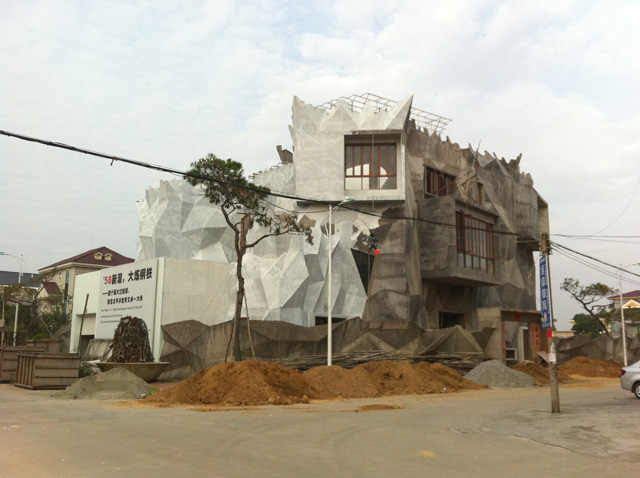 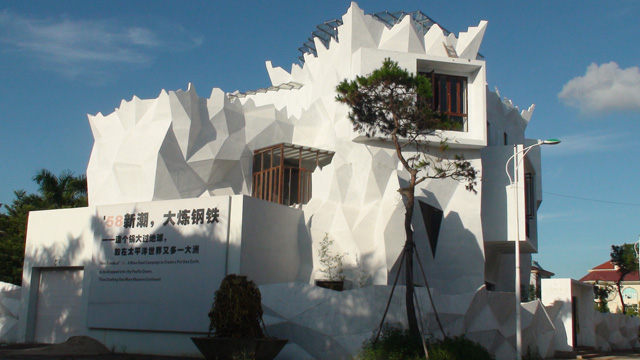 Differing from our usual mission of beautifying our surroundings through architectural innovation, this structure has been called a strange beast by local elites, and has thereby become an imaginary enemy of the local residents, where they use invisible means to suppress the structure and more and more rely on the subterfuge of Feng Shui, while the structure has quickly become afternoon-tea gossip fodder for local residents and the city as a whole.

The Yangjiang Group’s studio is now entering an invisible stage of the game. The surface is still, but in the dark it is entering chaos. When artistic innovation enters reality, when the free expression of art becomes limited by small-town superstitions, the project (our studio) becomes a sort of humorous provocation, but at the same time faces a severe crisis. Influential townspeople believe that the structure impedes on careerist Feng Shui, and they therefore employ all sorts of rights and invisible powers to remove the structure from the people’s sight. And meanwhile other residents continue to believe that the Yangjiang studio has affected their family’s Feng Shui, believing it to be inauspicious.
Therefore, we can choose to employ the pious magnanimity of Buddhist teaching in an attempt to solve this crisis, to ease the tension with neighbors through ceremonious rites. Doing so we can allow the structure to return to its original, invisible and unnoticeable state, allowing it to truly meld into the area, turning it into an inseparable element of the terrain.
To dispel the doubt held by nearby residents through this month-long ceremony, to turn the current quagmire and turn it into something that benefits others. To turn an “eyesore” into something casually, and intimately, passed by.

The Yangjiang Group ((Zheng Guogu, Chen Zaiyan, Sun Qinglin) and their various collaborators, regularly aims to rid their artistic practice of any established rules and controllable range. Their works, more precisely speaking, are actions. They place non-traditional, large scale architectural structures in all of their gallery, museum, and biennale exhibition spaces. Also, they perform all sorts of commonplace daily activities in these spaces: meetings, eating and drinking, bartering, gaming, even gambling.