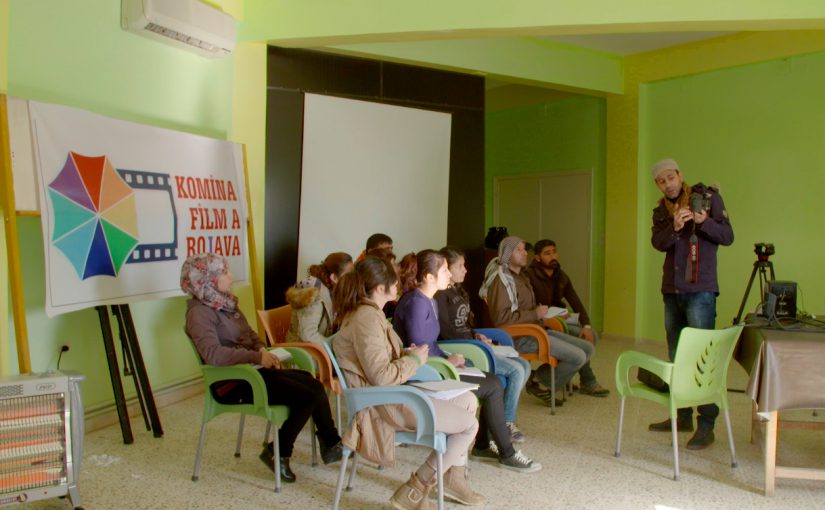 The Academy is self-organized. Structured in a horizontal way, it encourages students to participate in every aspect of its organization. Exchange networks have also been set up with other academics, media and news platforms, and civil society organizations to engage in a broad discussion and create screening possibilities. Regarding the large influx of foreign filmmakers and journalists to Rojava, it is important that we reclaim the representation and imagination of the revolution, as this is a revolution that will be televised.

After decades of oppression of Kurdish language and culture, the Rojava Film Academy aims to revitalize local film culture, reclaiming the power to narrate and imagine one’s dreams and realities. After the Syrian Civil War started, the predominantly Kurdish populated north–Rojava–declared autonomy and created self-governing structures based on grassroots democracy, women’s liberation, and cultural diversity. Part of a revolution is the reconstruction of meaning. The Rojava Film Academy believes that that is exactly the sphere of cinema.

The Academy bases its methodology on what we call ‘revolutionary realism’: a realism that not merely reveals the current reality in a new way, but rather restructures the reality of the possible. It not only finds a form for the existing but creates the possibility to imagine the not yet present–the continuous becoming that is the revolution itself. 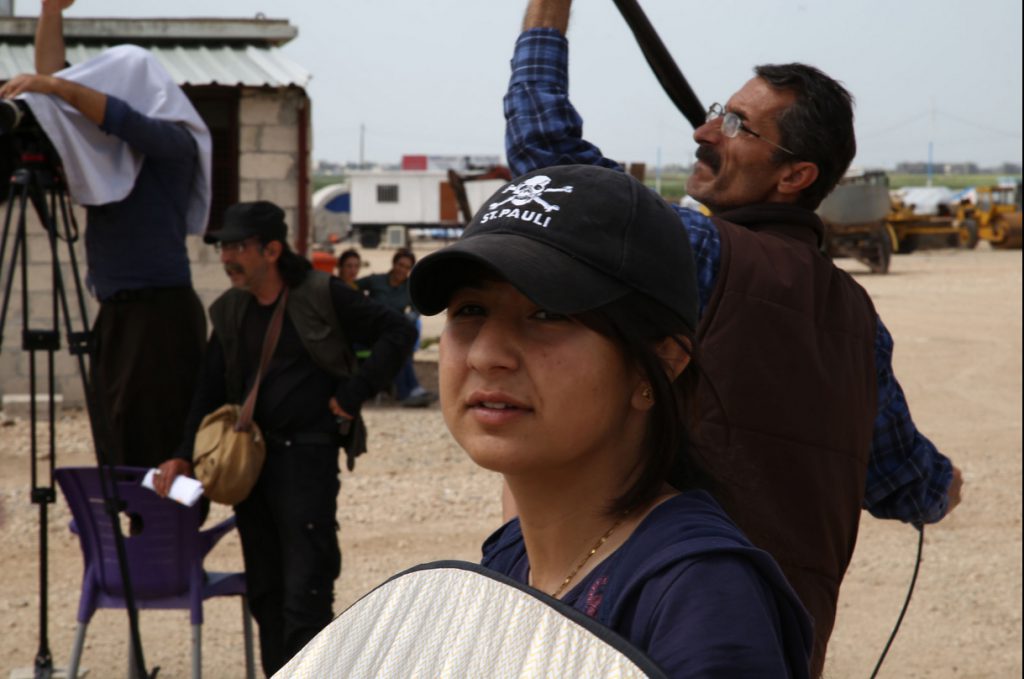 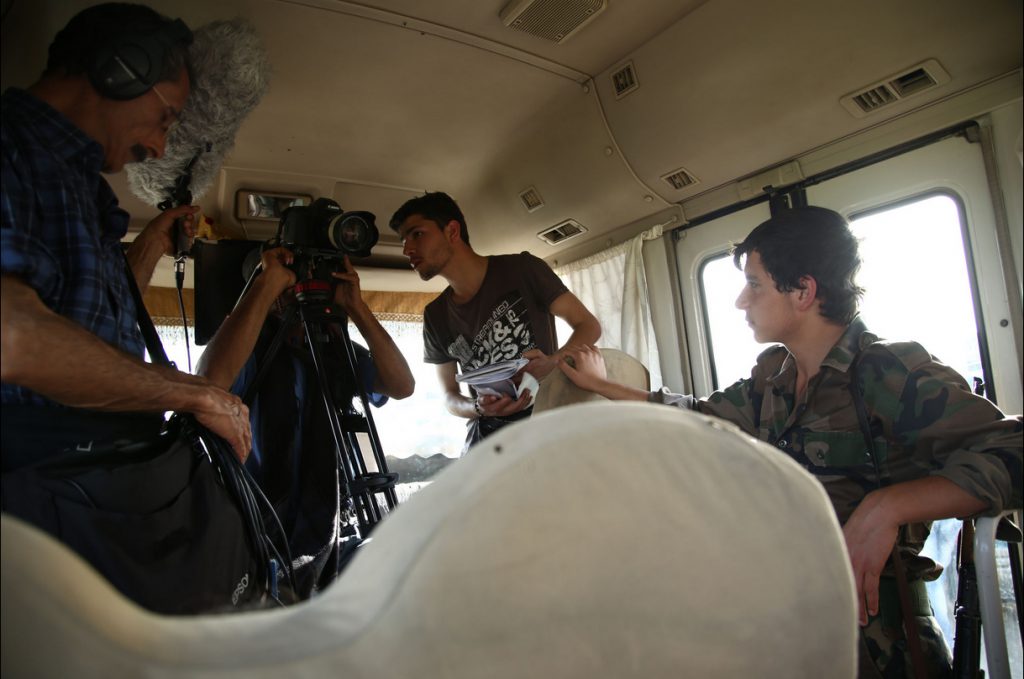 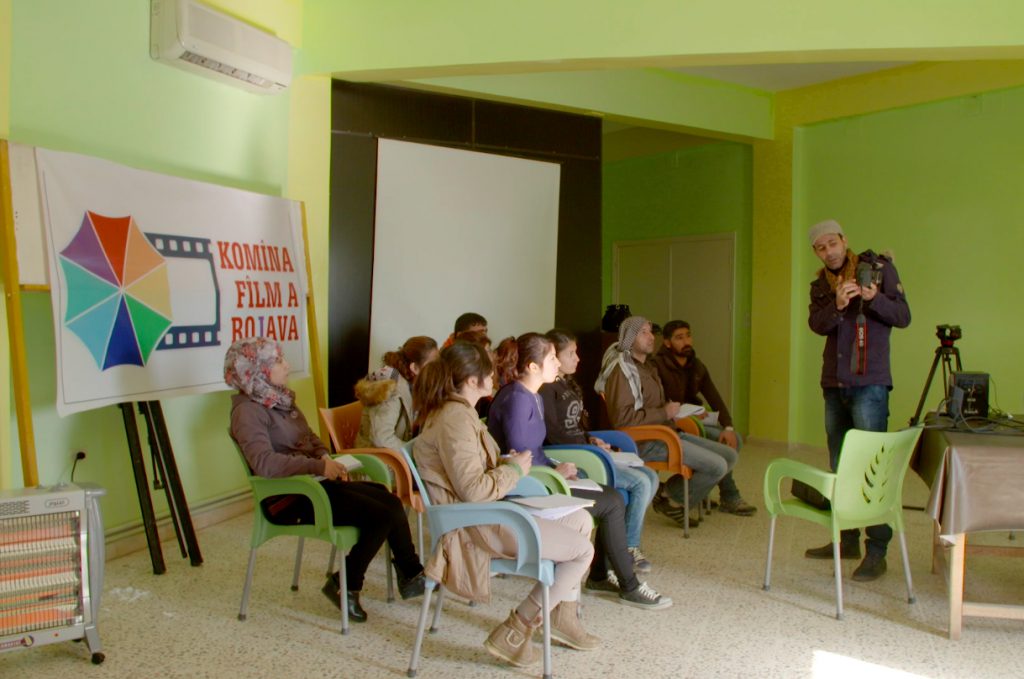 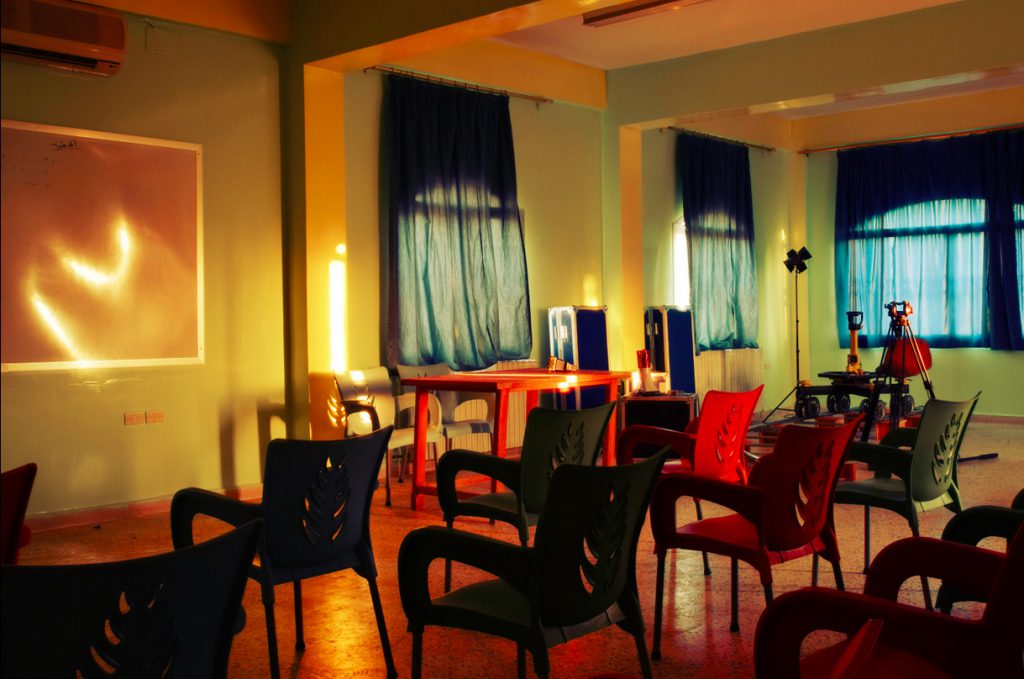 The Rojava Film Commune was established with the aim to stimulate local film culture by organising film screenings, facilitating discussions about the role of film within society, producing new films, and establishing the Film Academy. Following the 1960 fire in Rojava’s only cinema, which saw the deaths of 298 children trapped inside by regime soldiers, the Commune aims to reclaim cinema and film as a central space of reimagining society: democratising and revolutionising imagination itself.