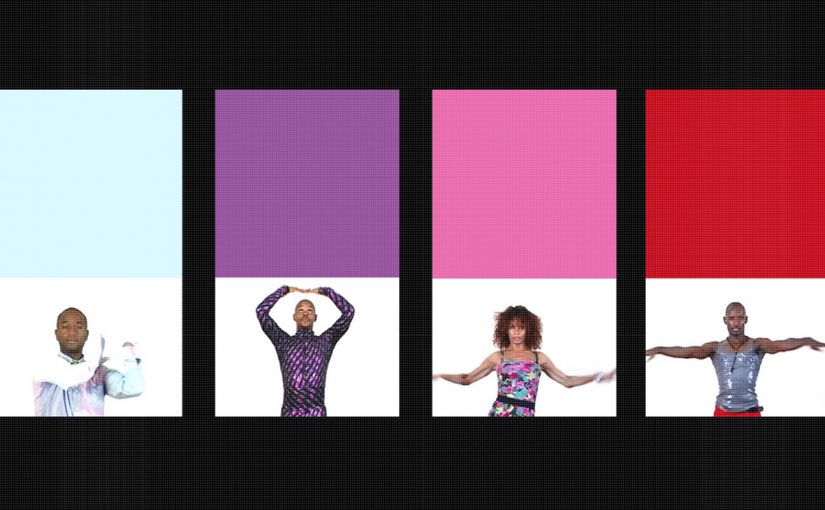 In the current discourse around the efficacy of social process art the presumption is made that the artist concludes the investigation and withdraws from the community. Often that terminus occurs at the precise moment aesthetic processes of reflection arrive at the terms of critical analysis — an analysis demanding political action. What happens, however, when the artist does not leave? In a related question; how do constituencies participating in a social process retain their specificity of practice and thematic content while learning from and teaching other constituencies? These questions become increasingly urgent as neoliberalism appropriates the language of community autonomy. Presuming a temporary contract of mutual learning between artist and community, contemporary social art has uncritically adopted the terms of autonomy and locality even as those terms become watchwords for domestic austerity.

Since 1994, Ultra-red have attempted to address these issues through decades-long engagements with specific political movements and communities constituted in struggle. Drawing on Ultra-red’s on-going involvement in three communities of struggle, SCHOOL OF ECHOES features a process of exchange without insisting on identification. Rather, we are interested in how a lack of identification may become a condition that makes legible the themes produced by the three constituencies. In SCHOOL OF ECHOES, audio and visual objects produced in cooperation with the groups mediate the exchange between them. These objects document the organizing processes at each site. Ultra-red then gathers those objects into a traveling exhibition, or curriculum, mounted on a tri-partite display structure to be exhibited in local art and community spaces. In these contexts, the exhibition, titled SCHOOL OF ECHOES, catalyzes discussion and analysis by the three constituencies of the commonalities and contradictions that define how each group organizes its resistance to the war on the poor. 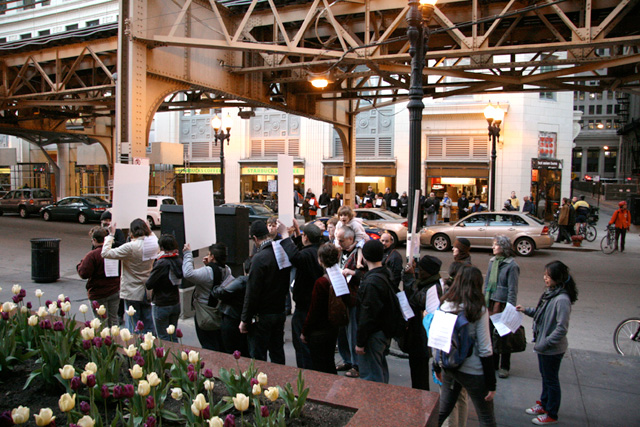 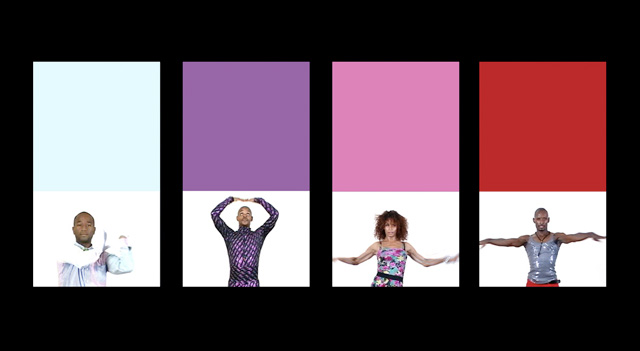 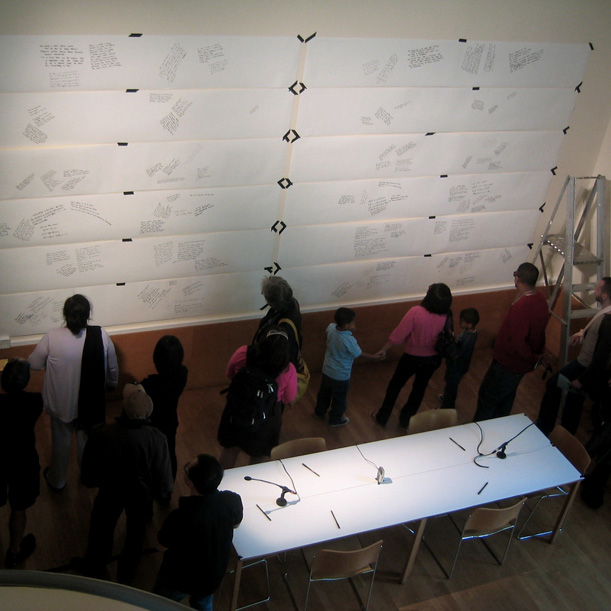 Ultra-red has used the title SCHOOL OF ECHOES over the years. The name signifies Ultra-red’s mindfulness of the traditions of popular education as practices of cultural action and organizing. For the two-year framework of developing this multi-site exhibition, SCHOOL OF ECHOES investigates ways that geographically and politically diverse communities can learn from each other in their specific struggles against poverty and its intersection with racism, gender justice, migration struggles, housing, health, and education. Ultra-red has historically arranged its procedures around the question, “What did you hear?” Now we ask, “What did you learn?”

SCHOOL OF ECHOES engages communities of political struggle in three locations; the rural poor in County Devon in the southwest of England, the gender queer community of color in New York City’s House|Ballroom scene, and the small working class city of Maywood in southeast Los Angeles County. These are constituencies with whom specific Ultra-red members have been politically active for ten to twenty years.

For the first year of the project, SCHOOL OF ECHOES helps the three groups develop an analysis that maps intersecting struggles and concerns within the specific sites. That practice sets the stage for the second year. For year two, SCHOOL OF ECHOES begins to develop intersections of learning across the sites. In this part of the project, the constituencies learn and teach from each other based on the themes that have emerged from their uses of the protocols.

To initiate dialogue across the different constituencies, Ultra-red will compose a traveling exhibition, titled SCHOOL OF ECHOES. Constructing a simple three-panel structure, we will juxtapose prints of the protocols used in the three sites, documentation of how they were used, and the thematic outcomes of those procedures. The exhibition, or curriculum, will travel for six months appearing twice in community centers at each site. During each installation, we will facilitate sessions involving both community members and a wider audience. These performances of reflection and analysis will be documented in writing as well as audio-video recording. Each installation will reflect the changes made by local audiences and the accumulation of knowledge.

Writing in THE WIRE magazine, British cultural critic Mark Fisher describes Ultra-red’s practice as a “quest to build a version of the public that does not have homogenising and normative connotations.” Founded in 1994 in Los Angeles, we introduced ourselves internationally through a series of landmark audio recordings for the German electronic music label Mille Plateaux. That work displayed our personal involvement in AIDS activism (Second Nature, 1999) and the struggles of public housing (Structural Adjustments, 2000). Expanding our membership in 2005, Ultra-red pursued projects in Germany (Play Kanak Attak, 2001-2003), Britain (Rural Intavenshun, 2007), and New York (Vogue’ology, 2009-present). The collective has since refined its practice around simple performance tools that facilitate collective listening. These tools, often taking the form of text-scores, or protocols, have begun to circulate in the larger fields of activism and education. Ultra-red’s investigations have received support from museums (Tate Britain and Serpentine Gallery), experimental music festivals (Arika, Edinburgh), universities (The New School, New York), NGOs (Fritt Ord Institute, Oslo) and political organizations (Rosa Luxemburg Foundation, Berlin). For SCHOOL OF ECHOES, Ultra-red are Elizabeth Blaney, Pablo Garcia, Chris Jones, Elliot Perkins, Dont Rhine, Robert Sember and Leonardo Vilchis.