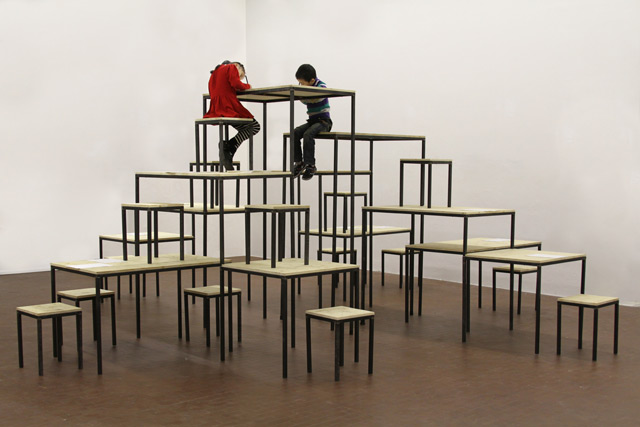 The project School under construction attempts to search and propose new possibilities and forms of education and its role in the society using its potential to connect people of different age and profession and spread not only knowledge but also ability of mutual understanding, sensitive approach to the surrounding and need of collaboration. It questions the system of formal education, prevailing in most of the countries and its impact on the development and formation of the individual and his/her ability to find a place in the society. School is understood not only as a specific space where children are collectively taught by adults, accepting and following their rules, communication patterns etc. It is often the first structured community which (after family) influences crucially their future integration and functioning in other social structures. Education can be (and also was in the past in several countries including Czech republic) misused as a powerful tool of social control, manipulation and dissemination of unifying thoughts and propagandistic ideas. The history can easily be played with and modified, facts drastically changed, parts of school books erased when not fitting to the official version declared by the regime. Even though education methods in my country developed for better during the last 22 years both in the less authoritarian approach to the children as well as in the uncensored content and different structure of the study programs school (just with a few exceptions) still remains rather an isolated complex filled with blackboards, benches, inner rules and restrictions rather than fulfilling the role of an open structure based on a non hierarchical dialogue. 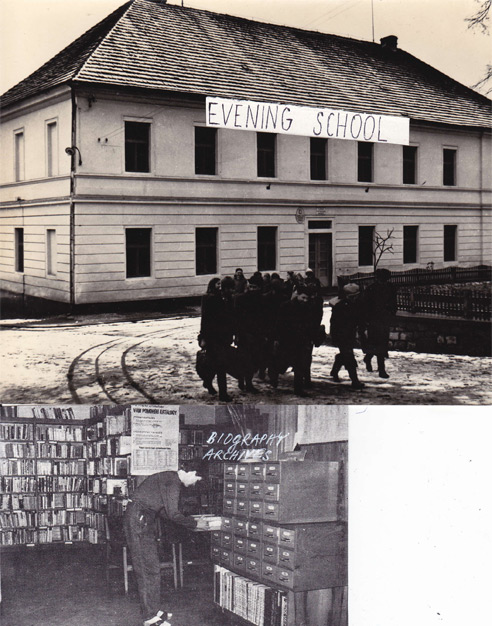 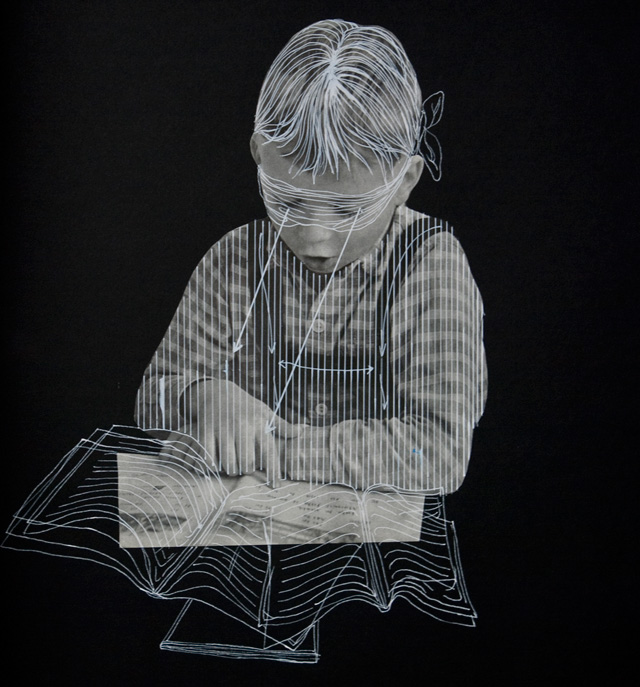 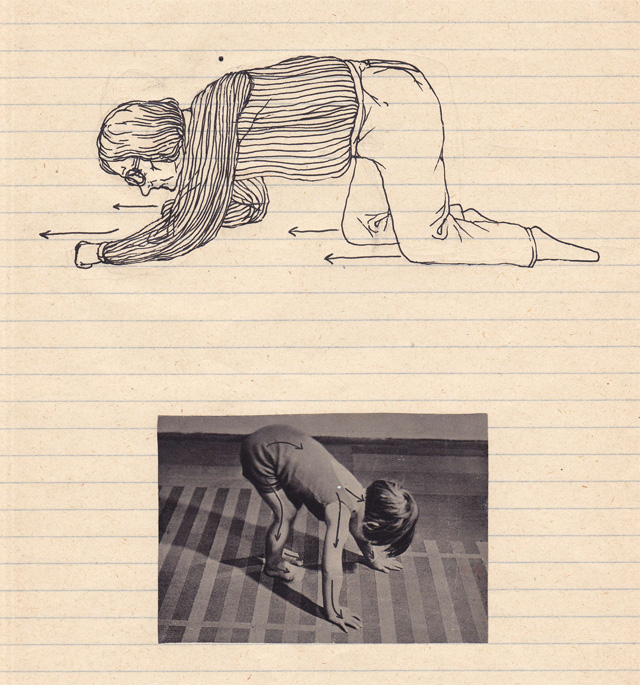 In the past I was focusing on destructive aspect of education which restricts, traps and manipulate the individual rather than supporting the individuality against collectively accepted mental schemes. From the study of my nearest surrounding and focus on very personal themes questioning memory and constructing one`s biography I moved to bigger scale projects which besides constructing and visualizing social schemes integrated active participation of various groups of people. This project lies on the border between these two approaches-proposes my utopian vision of a school which would play active and influential role in the society and question its main themes. It consists of a two month series of lessons, workshops, actions and exercises where no classical subjects are being taught but where one can learn how to look differently on his/her surrounding, understand how a community of diverse people can cooperate together etc.Various groups of people will in collaboration with each other and in confrontation with various social themes and staged situations attend courses of this new temporary institution which does not impose ideas but create a rich base for being able to create our own ones. 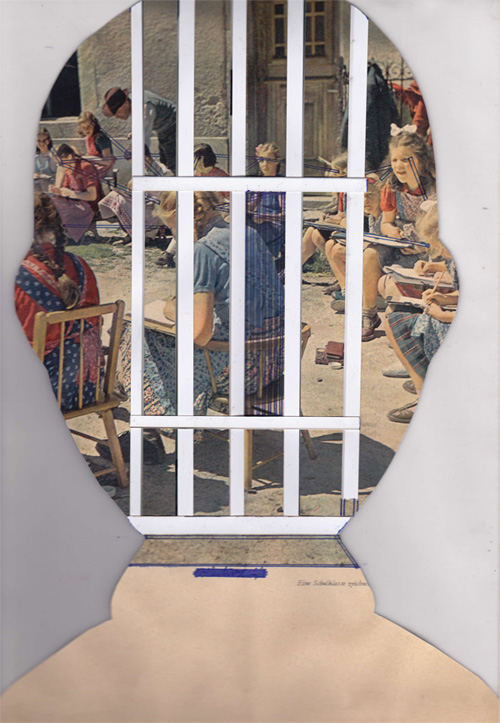 Eva Kotatkova, School under construction, Stories from the living room view to the installation at Tate Liverpool, Liverpool biennial 2010

School under construction involves pupils of the approached school, their parents, current as well as retired teachers, former students, old people from the area as well as specialists in this field-students of pedagogic faculty, sociologists etc. It sets up a temporary school which is physically attached to the existing old school building. It has the same ground plan as the original building just compressed and placed in a mirror reflection to the original. There is no facade, furnishing and details-it is just a skeleton of the building with almost no walls and ceilings. In this fragmented scaffolding, improvisational theatre stage which reminds a building in its very construction process there is an alternative education program being held. The education program runs on concrete days for the period of 2 months and offers various collaborative models, diverse ways of social interactions between younger and older, teacher and pupil etc. It attempts to create a school which serves not only as the centre of knowledge but as a mediator and communication center, place for interaction and experiment. The visual character of the new building which is in its development stages, unfinished and fragmented, should correspond to the idea of an open structure and serve as a critical mirror to the old building. 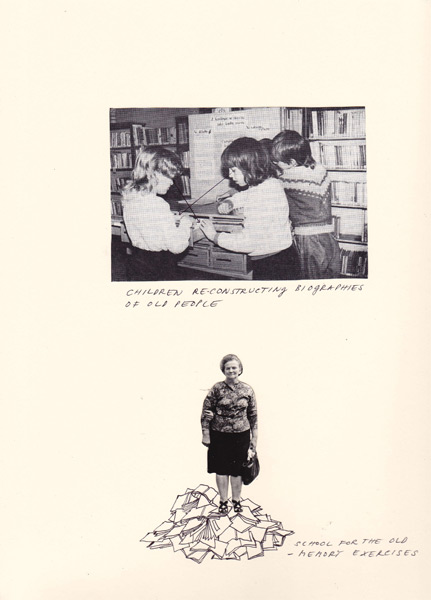 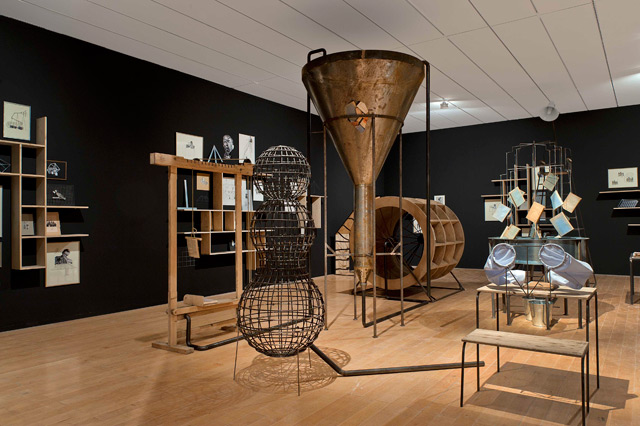 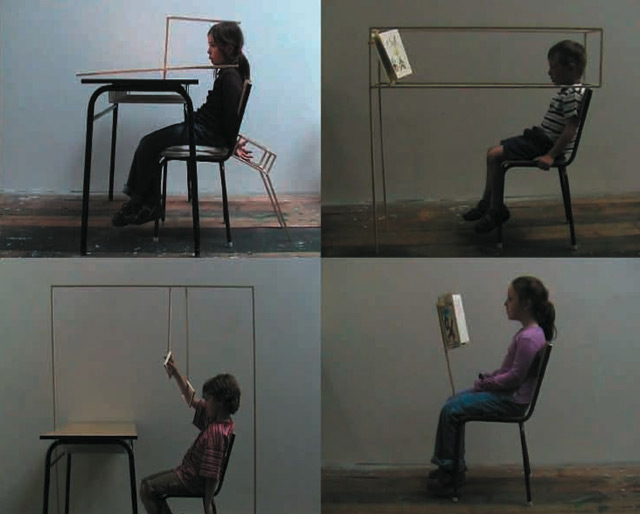 The starting part of this project has a working title School for the old (Memory lessons) and uses platform of an alternative school building to involve unusual group of participants. It is old people who become pupils again with the aim to re-construct their fragmented memories and verify and re-evaluate their biographies. Each of them creates his/her own diaries or notebooks containing words, names and events he/she remembers(no matter how reliable these are) and which all together constitute his/her world. Through various lessons and exercises, often in collaboration with children who become initiators of these actions, interviewers or archivists, old people re-enter and re-evaluate their past as well as offer it as a rich study material for the young ones. Lessons and exercises designed for the old participants do not take place only inside of a school building in a specially designed classroom but take the seniors on walks to specific locations, places they remember from the past. Educational methods and strategies are applied on the group of old people not in regard to learn and memorize certain subjects but to find out more about them selves, discover what was forgotten and lost in the past, fix their biographies which are already falling apart. Important role in this project laies in the collaboration of old people and children, who often initiate and provoke discussion. 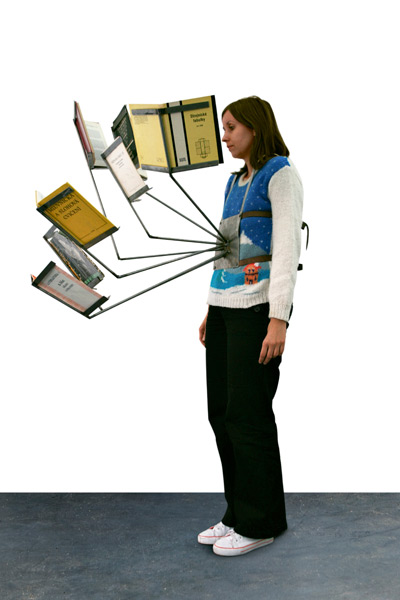 In my work I often question subjects such as social control and manipulation, position of the individual with certain social structure and his/her failing in the attempt to ﬁt in it. I base my projects on a detailed study of concrete social situation or phenomenon and through observations as well as active collaboration with participants I try to develop a new view on the explored theme. Here I name some of my past projects connected in its approach as well as main focus with the proposed project School under construction.