Sing for Her
– Bo Zheng 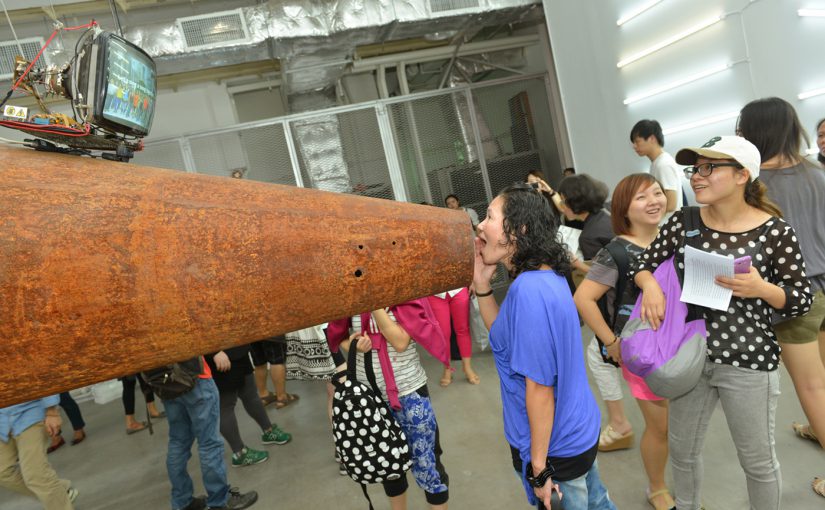 Migrant workers are a global phenomenon. In Hong Kong alone, there are more than 100,000 women from Southeast Asia employed as domestic helpers. They remain voiceless and invisible.

Sing for Her aims to create public installations where the public can learn songs from migrant worker communities by interacting with karaoke sculptures. It emphasizes learning, equality and fun.

In 2013, I worked with a group of Filipino domestic helpers in Hong Kong to create the first installation of Sing for Her. It was a karaoke system in the form of a large megaphone. The music video was recorded with the migrant workers in Hong Kong’s financial district. The song, a beautiful serenade titled O Ilaw, has a historical meaning–it was used as a code song in the Philippines’ independent movement.

The public encountering the installation could start the system by shouting. They then had to learn to sing the song in Tagalog (national language of the Philippines). The system would stop if they did not sing (this was enforced by a computer program), so the public could not just stand there and watch. Their voice was blended with the voice of the domestic workers and broadcast through the megaphone and on the internet.

Over the next three years (2015-17), I want to create more Sing for Her installations in other cities in China, where millions of migrant workers live in silence. I will partner with migrant worker groups (like the New Worker Center in Picun, Beijing) to research songs and produce music videos, and will partner with art organisations (like Minsheng Art Museum in Beijing) to realise public installations. 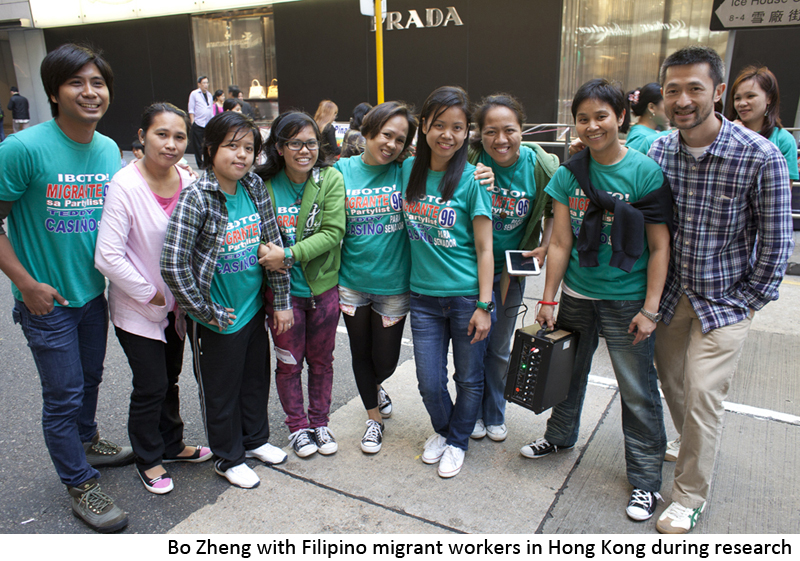 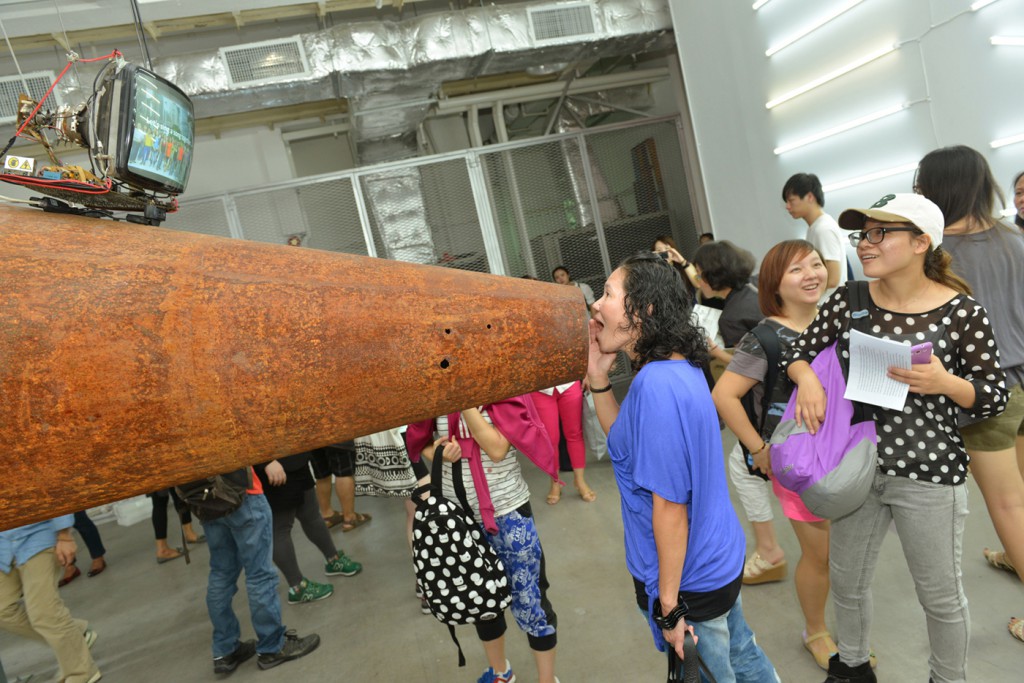 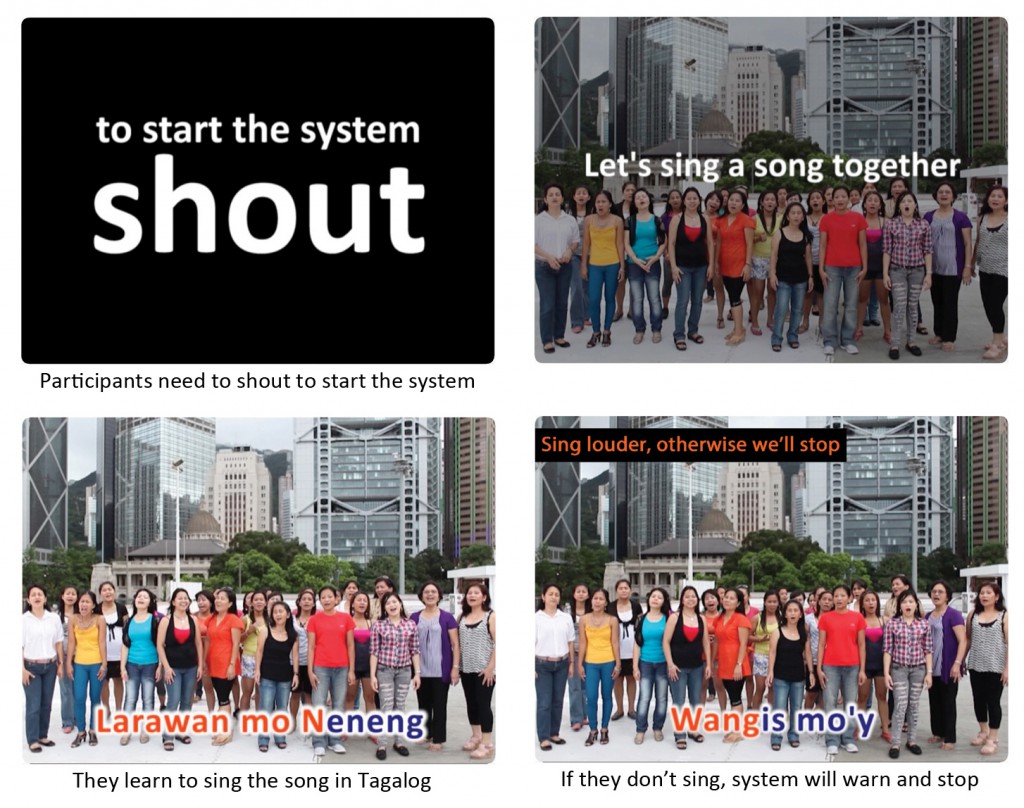 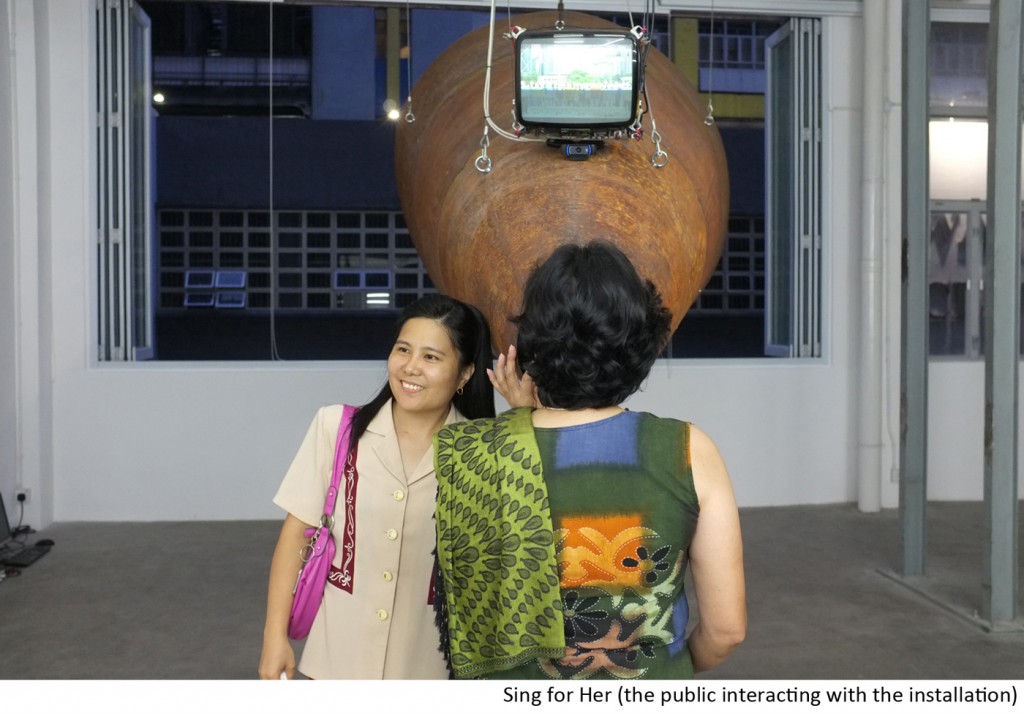 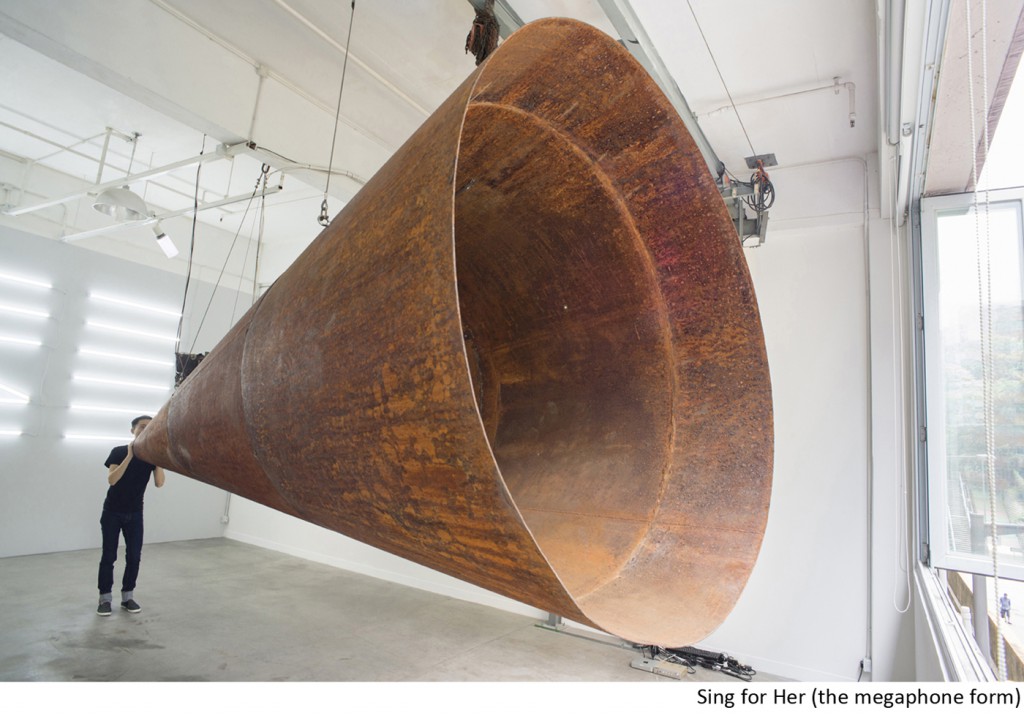 Bo ZHENG has been making socially engaged art since 2003. He has worked with diverse communities, including GLBT youths in Beijing and Filipino workers in Hong Kong. He has won awards from Hong Kong Art Museum and Singapore Art Museum. A committed teacher, he has introduced social practice courses into leading art schools in China. Currently he is building an online database of socially engaged art in China, supported by Cass, The Space, British Council and HK Research Council.