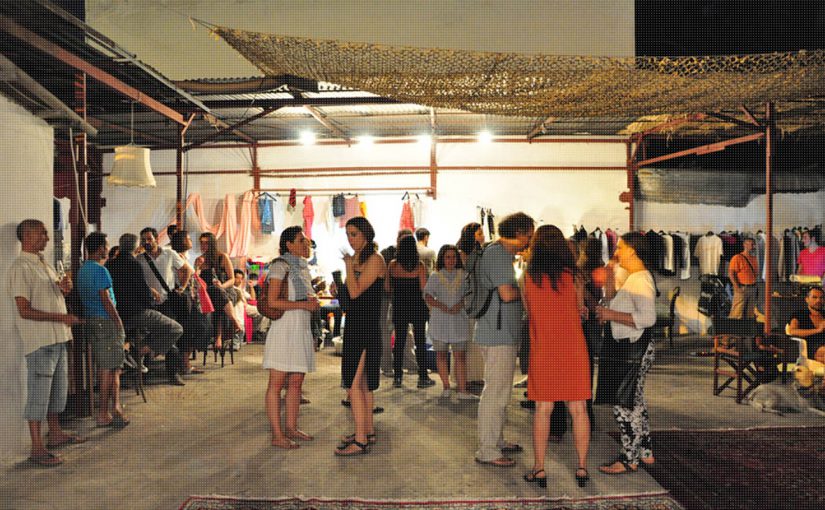 Souzy Tros, Art Canteen, is a repurposed 19th-century building that has been in Maria Papadimitriou’s family for generations. It is situated in Votanikos (very close to the Eleonas metro station), one of the poorest neighborhoods in the industrial center of Athens. Once a modest home for local workers and their families, its architecture consists of three small rooms with a central courtyard that functioned as a communal space for social communication, solidarity, and unity. In the late 1980s, the last residents of the building left, the courtyard structure was then rented out to mechanics who transformed the garage into a place for lifting machinery and repairing pallet trolleys. Because of the dire economic circumstances in Greece however, the business closed and space fell into disuse in September 2011. Maria Papadimitriou decided to re-activate the void of this abandoned industrial space with the title “Souzy Tros Art Canteen,” inspired by a famous scene in the 1969 film, La Parisienne, in which a Greek tailor’s chubby client claims to diet in order to fit into a new dress, but is actually only getting larger. Its popular line, “Souzy eats—and lies” can be seen as a metaphor for the Greek state’s denial in the face of our current economic crisis. With Souzy Tros her intention is to reanimate aspects of the building’s history as both an intimate domestic environment and a center for material/psychological repairing. A kind of post-modern parasite space crafted out of found and recycled materials, the canteen also stands as one example of how to breathe new life into abandoned structures, of which there are now so many in Athens. By developing cultural events that center around making and sharing simple food, while experiencing new forms of cultural phenomena and social exchange, Maria Papadimitriou hopes to amplify human qualities based on solidarity, spirited dialogue, humor, and collective imagining. Their programs range from art installations, performance events, film screenings to vocational training events that encourage the re-crafting of old materials. 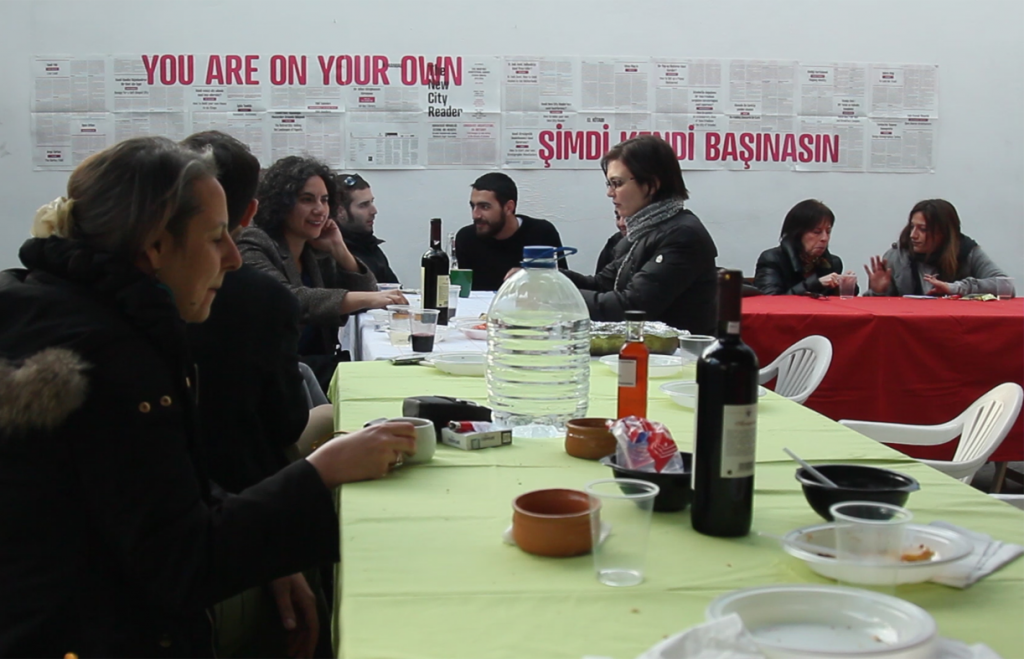 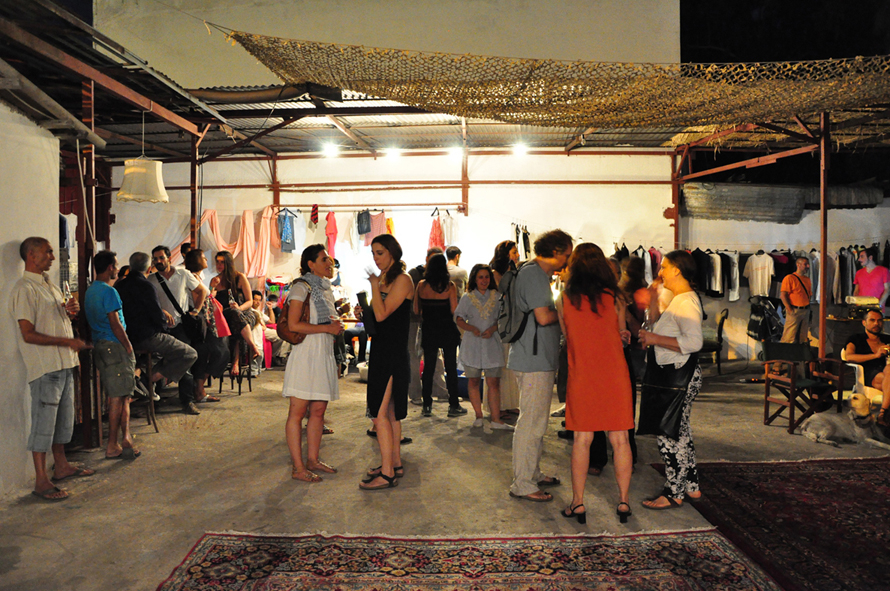 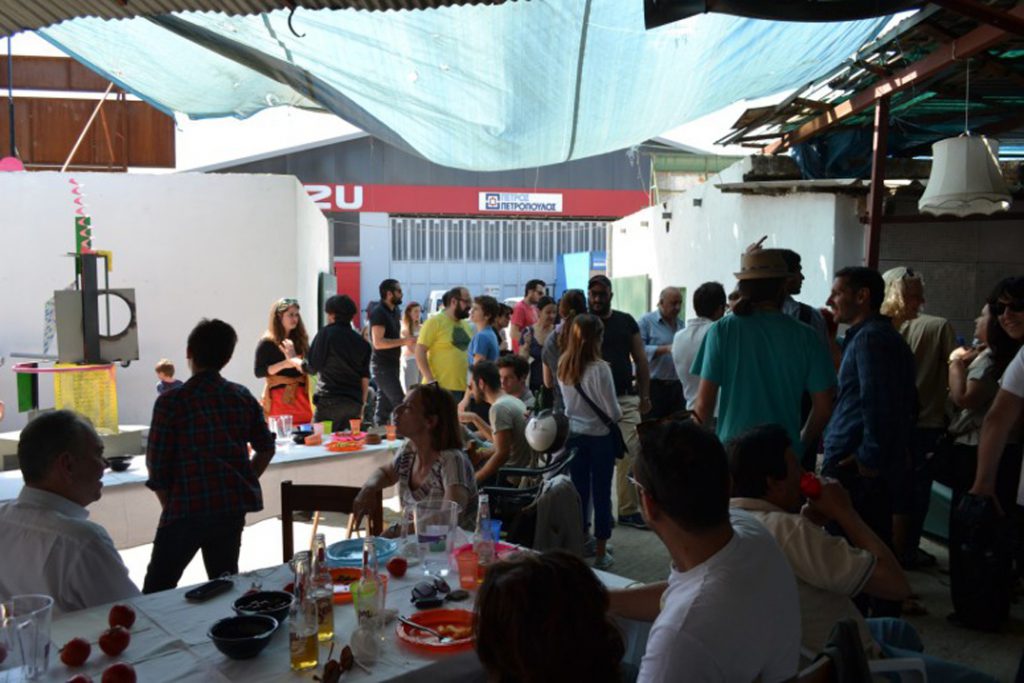 Souzy Tros is an outgrowth of my previous project TAMA (Temporary Autonomous Museum for All) platform, which is a collaborative project in Avliza, a forsaken area occupied by Roma gypsies in northwest Attica. It is essentially an open lab for artistic research that takes us beyond the limits of self-sufficient artistic objects and away from the established institutions of art. Above all, TAMA proposes alternative forms of social involvement focused on local objects, ideas, behaviors, ways of habitation and everyday activities explored through collaborations with an expanding group of artists, architects, filmmakers, anthropologists, etc. What links the diverse practices explored within TAMA is that they attempt to renegotiate new social relations through forms of participatory art that question our current assumptions about the symbolic ‘other’, or alterity in general.
Souzy Tros provides a common ground for people to negotiate their differences by working together to co-produce participatory events. Maria Papadimitriou’s goal is to inspire constructive dialogue and action as an alternative to violent protest. As a multidisciplinary hub promoting cooperation and exchange, space will hopefully evolve in character with each successive activity.