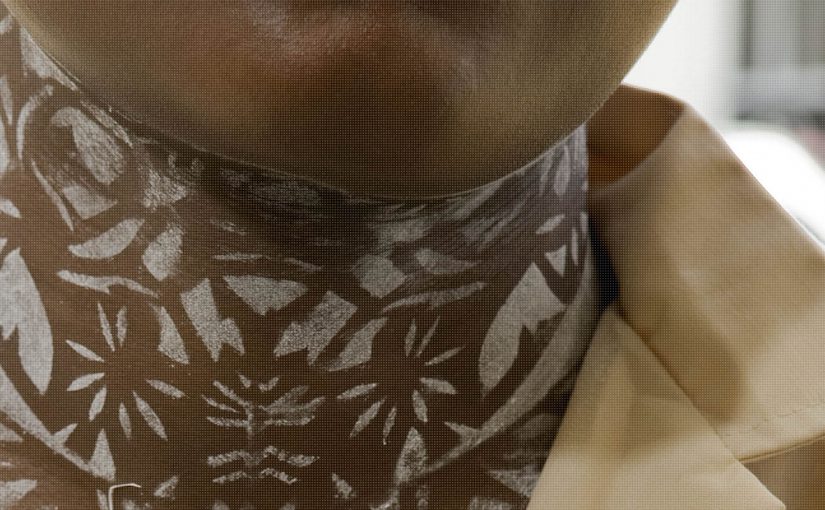 My work is concerned with carnival processes, experiments within and responses to this juncture of historical understanding- this repeating moment.
I want to generate actions in space, in the street, producing work through interaction, in that moment of mutual experience between the performer and the person viewing the performance.
The project would be engaged in a series of performance-based works which “use symbols that define Caribbean society and social groups that are stripped down to their basic form and abstracted to create new images that are both public and participatory.”

The catalyst of this project began in 2009 with, The Powder Box series, which started with the Schoolgirl Series, where young women, dressed in secondary school uniforms, are adorned with talcum powder stenciled in imitation international luxury brand logos. The women’s powdered necks and bosoms become converted into a form of working-class display often seen on the streets of the Caribbean -an assertion of cleanliness and freshness- which becomes a critique and dialogue on race, education and the increasing socio-economic divide affecting the middle and working classes, as well a performance reaffirming global aspirations towards conspicuous consumption. It acts as a critical commentary on socially grounded practices. The project is seen as a new chapter in The Powder Box series that further investigates, these communities and ideas of value, culture, politics, and progress. The idea of visibility is also brought into question and addresses a voice not necessarily heard by the public. 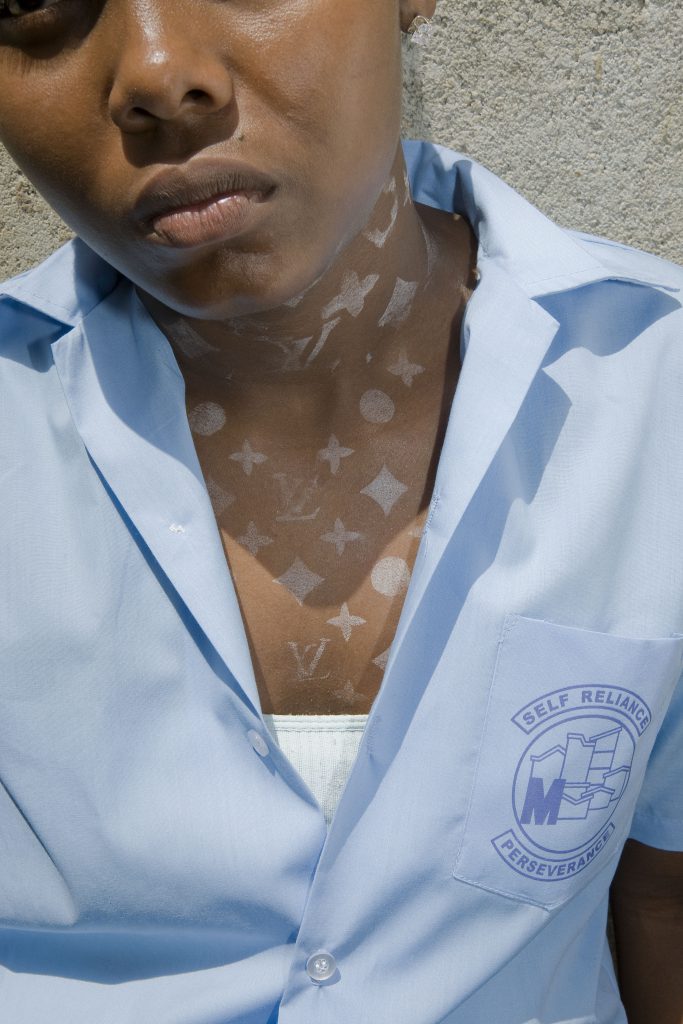 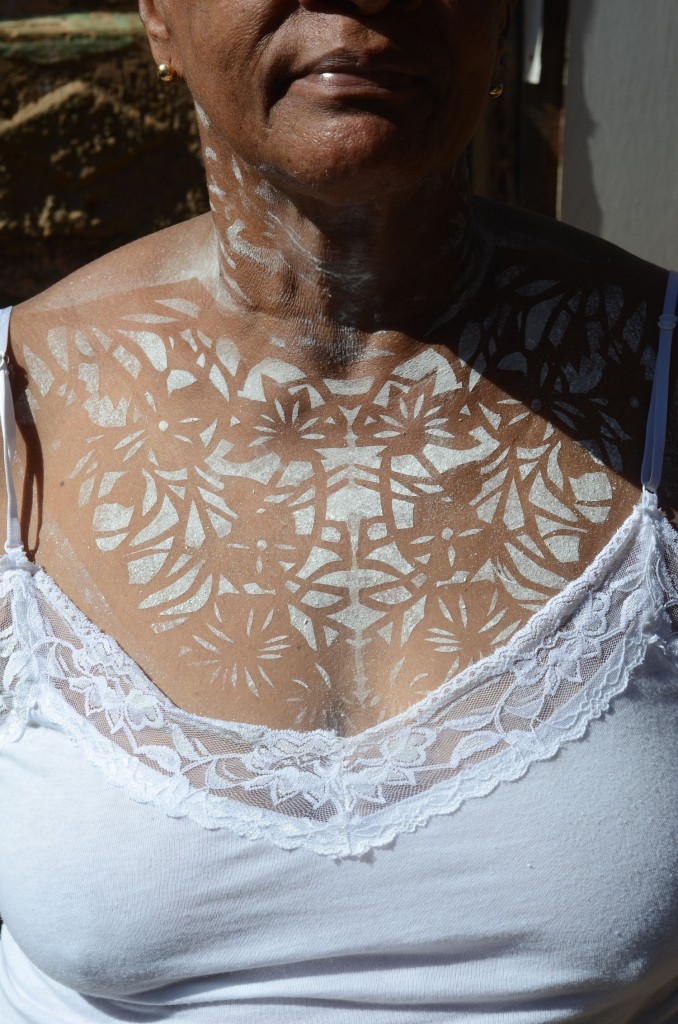 The project in its initial form has proven to be highly engaging through social networks and would continue directly through street interventions, and workshops with students and local art networks. It would be documented daily as it follows a group of individuals from several communities as they navigate the city and adjoining communities. These daily acts would be turned into a series of short videos, which will accompany the live performances in public locations. To promote dialogue between these communities the video
screenings and performances will take place in spaces representing the various communities.

Marlon Griffith started his artistic practice as a Carnival designer—a “mas’ man,” as Trinidadians would call them. This background deeply shapes his work as a contemporary visual artist, which has performative, participatory,and ephemeral characteristics that derive from the carnival. His work is based on a reciprocal dialogue between ‘mas’ (the artistic component of the Trinidad Carnival) and art as a means of investigating the phenomenological aspect of the embodied experience: it is situated at the intersection of visual and public performance. Experimenting with fundamental questions in perception, his work interrogates contemporary culture outside the traditional pitfalls of representation. Operating outside the context of ’mas’, these performative actions are stripped down to their basic form and abstracted to create new images and narratives that respond critically and poetically to our socio-cultural environment.