The Tree of Death
– Rafani collective 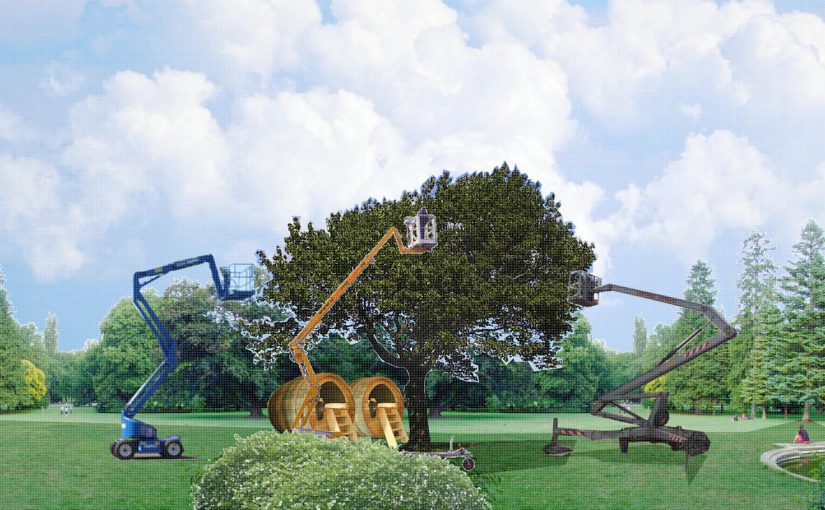 The Tree of Death project aims to find new forms of monument in public space, and to work with metaphor as an activation medium for a specific environment. This metaphor has several different levels – from the obvious all the way to the hidden. The title is inspired by William Blake’s citation: “Art is the tree of life.
Science is the tree of death.” The project Tree of Death is supposed to have the character of a locally specific event which is connected to the social environment of a town, this sculptural relic should stay in place for some time (until the spring of the following year). Our project does not use art as an invisible instrument for the transformation of a given social environment, but, on the contrary, it demonstrates, first glance, signs of art and events that offer secondary social implications when taken out of the context of everydayness. From the perspective of ethics this project is contradictory – on one hand it works with a certain type of negativity, and on the other it works with the integration of excluded communities.

The Tree of Death project is a polemic with the concepts of statue, performance and happening – it works with publicity as a whole and more importantly to us, it is a metaphor which can refer to exploitation or, for example, intellectual recognition. Together with the anchoring of this event in a social and geographical space of a city, there will be a layered and hardly analysable monument, which will sharply embed in the history of the given place. 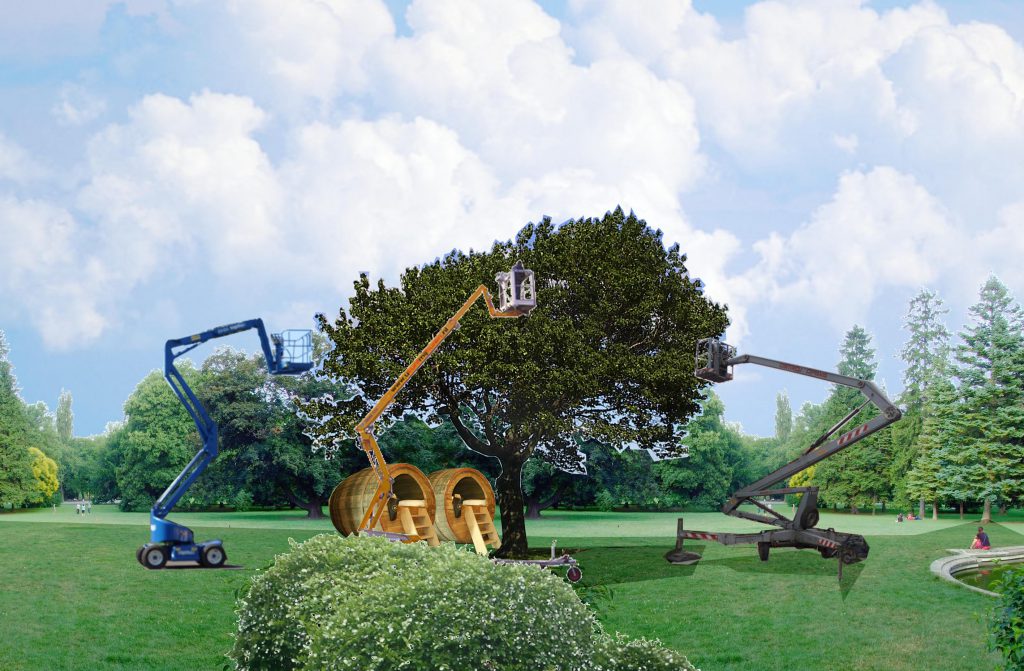 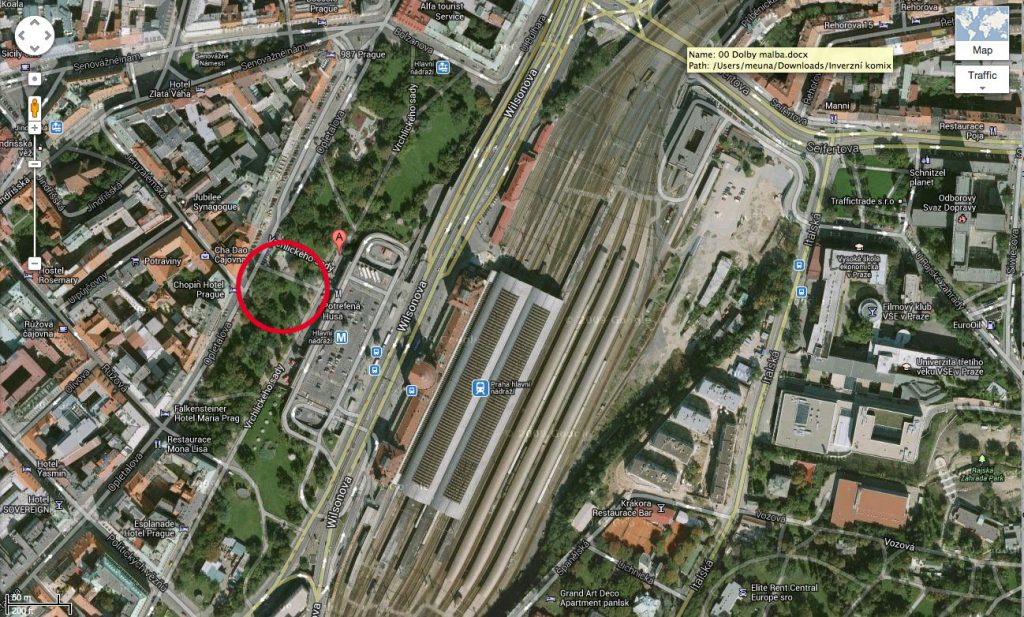 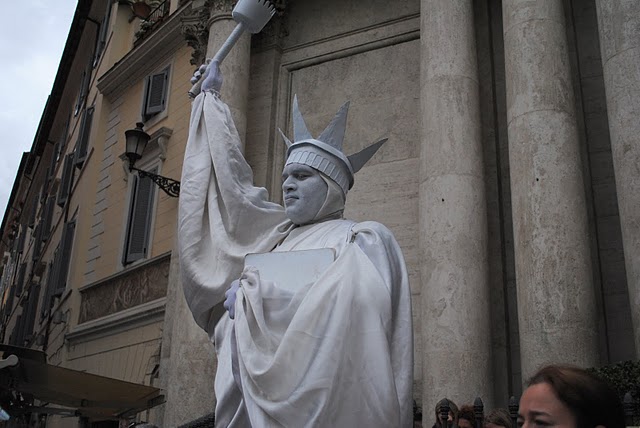 We will select a large, branched deciduous tree (ash) in the Vrchlického, a shady park in front of Prague’s main train station (Hlavní nádraží). Following an agreement with the cities social office, we would like to put together a group of people that will, as a part of a public service, rip off the leaves from the treetop until the tree is bare. There will always be at least three rippers who will alternate every four hours; each day will have three different groups of rippers. The ripping would last 12 hours every day. At first, the leaves will be ripped from the ground, afterward from ladders, and finally from a high platform. The leaves will be thrown on the ground where they will be left to gradually pile up.

During the entire duration of the project there will be two “live Statues of Liberty” standing under the tree that will be portrayed by students of the Theatre Faculty of the Academy of Performing Arts in Prague.There will also be two huge barrels placed in the vicinity that will serve as a place to rest and a small stage, where during the full length of the performance, there will be performances by local singers.

The program will be prepared in advance but it will not be overly promoted. The viewers should be recruited from random people walking by and from the “residents” of the park; it is not our aim to create a mass music event. The performance should rather have a conceptual-ambient character. The event should be of a happy, carnival like character. At the end of it there will be only a stripped, leafless tree rising high towards the sky, both barrels and, if possible, the leaves should be left on the premises for some time after the performance.

Rafani is a Czech art group. It was founded in the year 2000 in Prague. The work of the group is characteristic for its collective approach and engagement in the sense of interest in general affairs. For example, it has been engaged for a long time in the signification of monuments in public space, in the structural form of exhibitions, it is also interested in metaphor, which it perceives as a type of instrument that can have activating effects on the local environment and thinking of a given community.