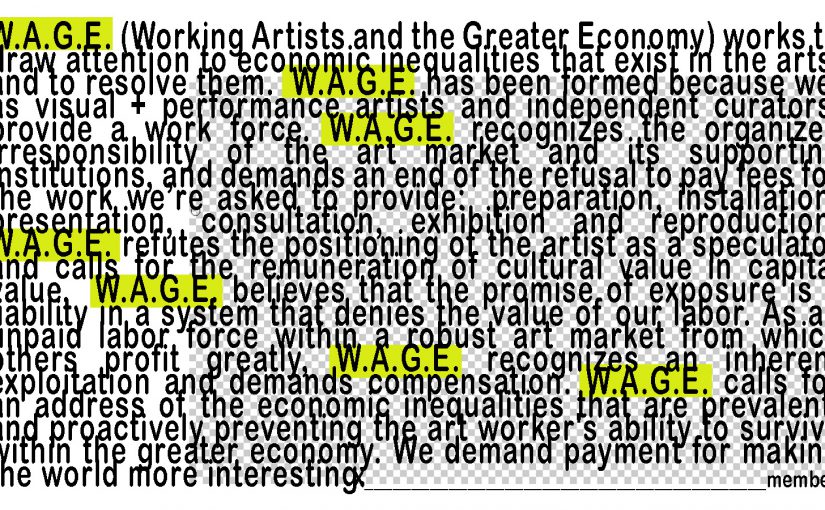 W.A.G.E.’s central focus is the administration of a certification programme for non-profit arts organisations. Initiated and operated by W.A.G.E., Certification publicly recognises those non-profits demonstrating a history of, and commitment to, voluntarily paying artist fees—it is also the first of its kind in the U.S. that establishes a sector-wide minimum standard for compensation, as well as a clear set of guidelines and standards for the conditions under which artistic labour is contracted.

W.A.G.E. worked in dialogue with arts organisations, writers, sociologists, labour historians, and critical theorists over four years to produce a scalable model that can be applied across the non-profit arts economy in all its variation: from small artist-run spaces struggling to support a single employee to large institutions with hundreds of full-time workers and top salaries in the seven figures. Since its launch in October 2014 we have certified nine organizations across the U.S. and there is widespread interest in expanding the programme’s scope and operating it internationally.

In addition to developing compensation standards for the commissioning of online digital artworks with e-flux, we are in the early stages of setting up a certification program for individual artists. Under this programme, artists would be W.A.G.E. Certified on the basis of their commitment to work only with organisations that pay fees according to Certification’s payment guidelines. Artists would be linked in solidarity by their collective demand for equitable compensation, and this collective demand would be leveraged to apply pressure to those as yet uncertified organisations to get certified. We will begin work on this new model for union building in summer 2015 with a planned roll out in early 2016.

W.A.G.E. Certification was initiated in 2010 in New York City. After nearly four years of research and development it was launched publicly in 2014. Its scope is currently national, with Certified organizations in New York, Minnesota, Texas, and soon Florida, Illinois, Michigan, and California. 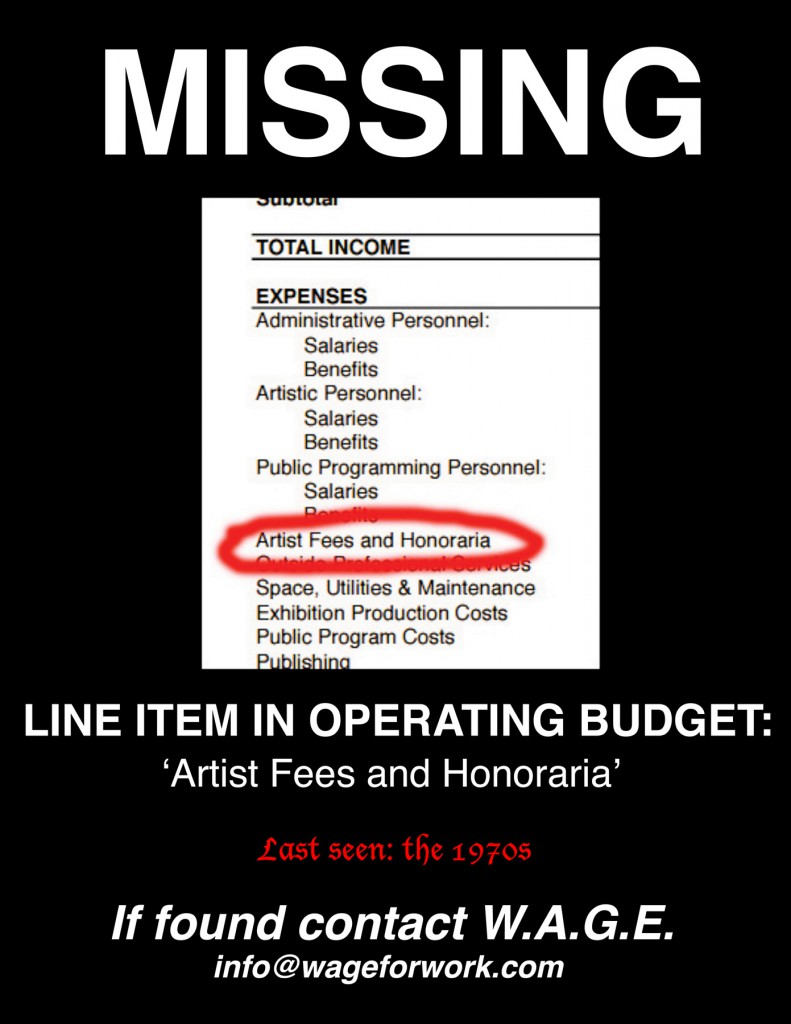 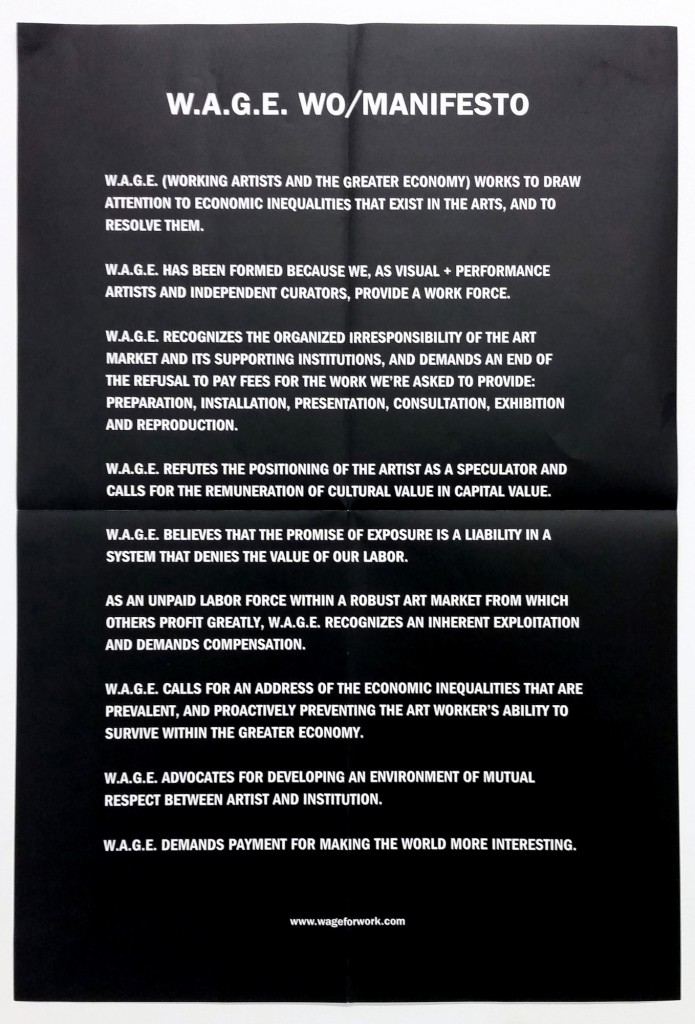 W.A.G.E. is a New York-based activist group focused on regulating the payment of artist fees by non-profit art institutions and establishing a sustainable labour relation between artists and the institutions that contract their labour. After the landmark 2010 W.A.G.E. Artist Survey gathered data about the payment practices of NYC nonprofits, W.A.G.E. established and now operates a national certification programme that publicly recognises institutions that pay fees meeting a minimum payment standard.